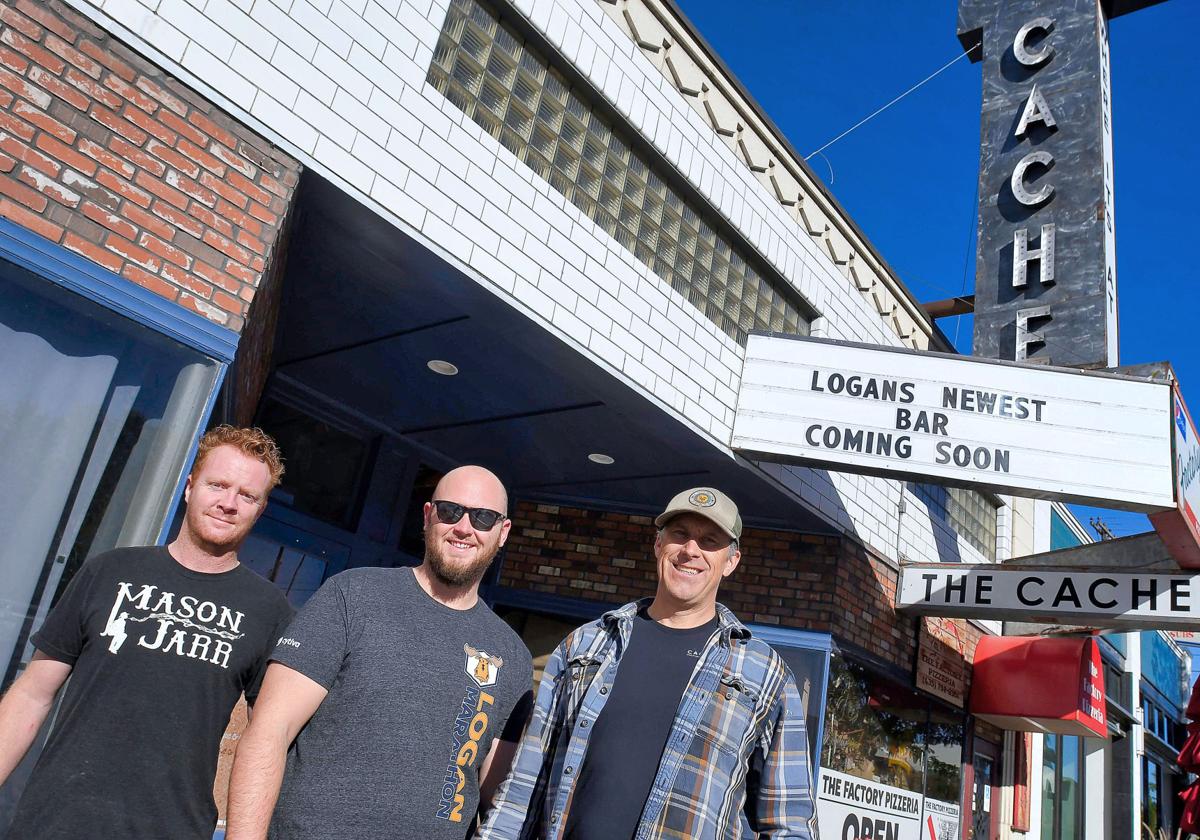 Mark Lusk, left, Taylor Lawin and Mark Lunt poses for a portrait outside of The Cache Venue on Wednesday. 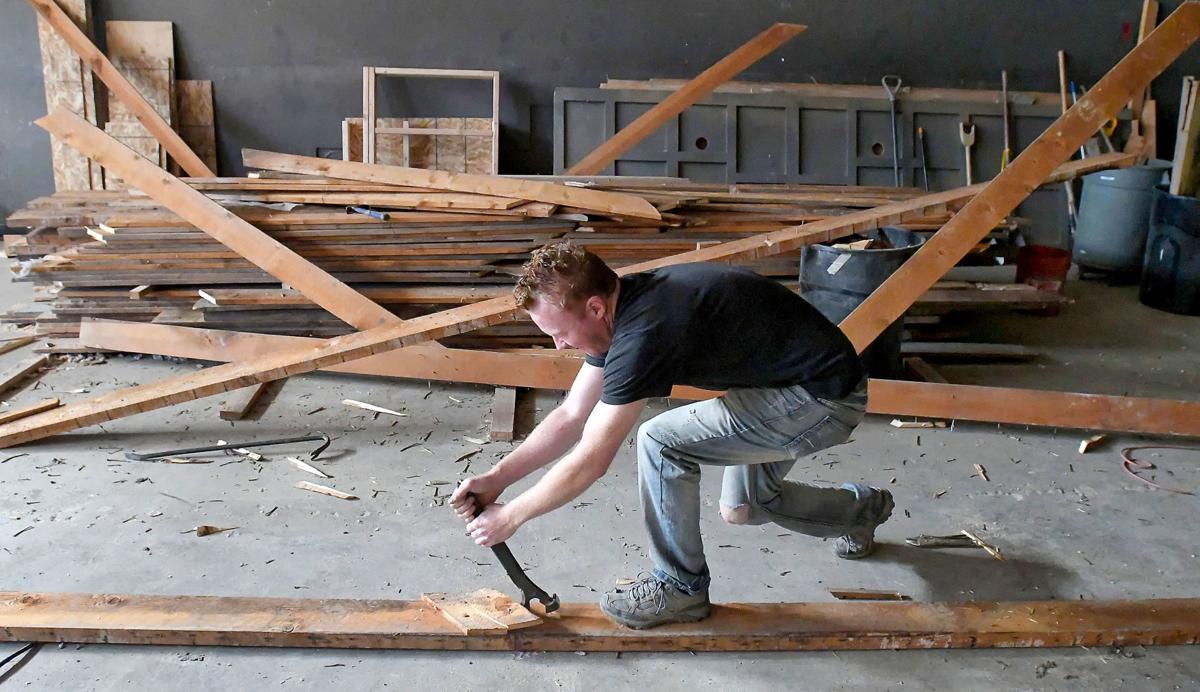 Mark Lusk removes nails from wood that was on the ceiling of The Cache Venue on Wednesday. The wood will be repurposed as the bar counter and tables.

Mark Lusk, left, Taylor Lawin and Mark Lunt poses for a portrait outside of The Cache Venue on Wednesday.

Mark Lusk removes nails from wood that was on the ceiling of The Cache Venue on Wednesday. The wood will be repurposed as the bar counter and tables.

On Tuesday, The Cache Venue in Logan was granted a “bar establishment” license by the Department of Alcoholic Beverage Control — the first new bar in the county in about 30 years.

“But I think that that is an underestimate,” said Mark Lunt, who co-owns The Cache Venue with his wife, Janice, and several shareholders.

Prior to the DABC’s decision to grant The Cache’s license, the most recent full-service liquor license not attached to a restaurant in Cache County was for the Logan chapter of the Fraternal Order of Eagles — the 3114 Aerie — in 1991. Before that, Mulligan’s Social Club was established in 1989, and the Logan Golf and Country Club dates back to at least 1960.

As far as beer-only establishments, Sultan’s Tavern was granted a license in 1994, and The White Owl received its tavern license in 1980.

Though The Cache was previously operating a full bar before its new license was granted, it was tied to the restaurant in the venue, which Lunt said was crippling the business — under state code, no more than 30% of its revenue could be from alcohol sales with food sales making up the other 70%.

“Before, what would happen is sometimes someone would get one hamburger and three beers, and that would put our food sales in jeopardy,” Lunt said. “We were juggling the 70-30. We’d have a band that wanted to play, we’d have people that wanted to come and see them, but we didn’t have confidence we could sell enough food that night, so we would be closed, instead.”

Lunt said the change in licensure will not only be beneficial for the business located at 119 S. Main Street, but for Logan’s project of revitalizing downtown, as well.

“What downtown needs is people downtown at night,” Lunt said. “We need some nightlife. That’s how I ended up getting into doing this. I was trying to create that nightlife.”

He first became aware of the issue while working on the board for economic development with the Downtown Alliance.

According to Taylor Lawin, the general manager and partial owner of The Cache Venue, getting the bar license is the first step.

“We still have some work to do with the renovations as well as hiring and training employees, curating a drink and food menu, reengaging with social media and staying compliant with COVID,” Lawin said. “We are super excited to be opening, but we also know there will be some unique challenges when we do reopen.”

When COVID-19 restrictions hit, Lunt took advantage of the shutdown and started renovating the space — which had previously been Gia’s Restaurant — to make it more conducive for a bar and event venue, as well as building walls to separate booths to make the space safer throughout the pandemic.

He hopes to reopen by Halloween.

There were nine applicants for the state liquor license reviewed at the commission meeting on Tuesday, and The Cache was the eighth. However, the DABC chose the Logan venue to receive the only license granted in the meeting as it gives priority to underserved areas, such as the Northern Utah college town, according to Terry Wood with the DABC.

“There’s more people applying for them than there is granting them,” he said, “and The Cache Venue has been asking for a license for some time.”

In June, the Logan Municipal Council voted to change the wording in the city’s code to allow for bars rather than just private-club alcohol licenses — a reflection of changes in state code — as well as to lower the population requirements attached to how many alcohol licenses could be granted in the city.

The 4-1 vote on June 16 opened the possibility to two new bars in the municipality.

Of the two open licenses in September, The Cache was the only one awarded. Wood said there is one license available in the state that may be awarded in October with more possibilities opening in December, pending population changes.

There are currently 77 businesses with alcohol licenses in Cache County, and 54 are located in Logan. Of the total, 34 are off-premises beer licenses, such as gas stations and grocery stores, and 22 are restaurants. There are three private clubs and three taverns.