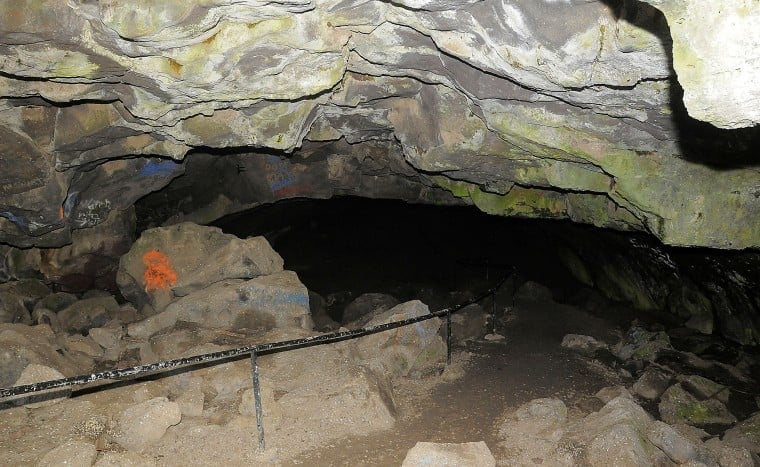 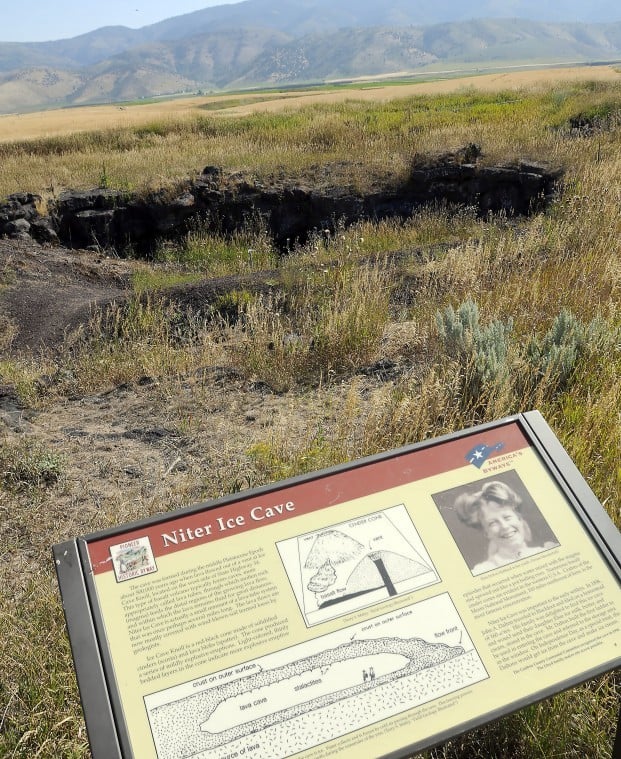 At first glance, the area around Grace, Idaho, seems like nothing more than miles of sleepy farmland.

But this little corner of the Intermountain West has a turbulent geologic past - and if you look closely, you can find the evidence of volcanic eruptions and rivers of lava lurking just underneath the freshly cut hayfields.

"Everything up here (was once) lava," said Janiece Painter, deputy clerk for the city of Grace. "There's volcanic residue all over."

As farmers clear lava rock from their fields and leave them in strange-looking piles to the side of the road, locals find recreational opportunities in the remnants of the area's unique geologic history.

Just three miles south of Grace, a few feet away from the highway on a little turnoff to the east labeled "Ice Cave Road," an unassuming hole in the ground opens into a cold, dark chasm carved by molten lava 500,000 years ago.

"I've never been in there; you couldn't pay me to," said Grace resident Margo May, a librarian at the Grace public library. "There are little scurry things in there. ... It's supposed to be fun, but not for me."

One town rumor holds that community dances were once held in the ice cave's walk-in cavern, May's coworker Linda Rasmussen said. But one thing about the Niter Ice Cave is certain, early pioneers in the area used it as a refrigerator to keep milk and butter before refrigerators or electricity became commonplace, and to make ice cream in the middle of July.

The cave is actually a lava tube, formed by a rampaging lava flow in the middle of the Pleistocene era, according to the sign near the entrance. A railing leads visitors down the somewhat steep and often slippery entrance, where swallows flit around the opening, nesting in the shade of the rocky outcropping.

Only a few yards into the cave it gets cold enough to see your breath, even with the heat of summer sun beating down outside. Ice forms in the cave seven months of the year, according to the sign, but in early September of this year, the steady drip of water from above turned the cave floor into slippery mud.

A narrow wooden pathway extends for a few yards into the cave, but beyond that, the sliver of sunlight from the cave's entrance, the faint glow of your headlamp, the squelching of mud at your feet and the slow dripping of water envelopes your senses and transcends you into world without time or seasons.

Graffiti on the walls and an abandoned fire pit are unfortunate reminders of the cave's local popularity, use and sometimes misuse, but further inside, nature itself splattered a metallic pattern of minerals, Sistine chapel style, across the cave's ceiling, sparkling like fireflies in the artificial light of a headlamp.

Other geologic wonders abound in the region - Soda Springs, 12 miles north and east of Grace, boasts the world's largest captive geyser, according to the city website, as well as the naturally carbonated springs that give the city its name. Painter said Maple Grove Hot Springs, a naturally heated swimming hole about 20 miles south of Grace on Idaho Highway 34, is another local favorite.

In the town of Grace itself, Painter said anglers and kayakers alike flock to Black Canyon, a striking gorge with sheer walls of black lava rock that loom on either side of the Bear River.

Before the Grace Dam was built, the Bear River nearly reached the rim of the gorge, according to a sign near the bridge crossing Black Canyon. Now, travel west on Center Street a short way, and seemingly out of nowhere, you'll find yourself gazing down a kayaker's playground of small waterfalls and jutting rocks, flanked on either side by nearly 100-foot black cliffs.

Stacie Rasmussen, who hails from Soda Springs, Idaho, but works at the Grace Post Office, said her kids love to jump from the canyon's cliffs to the river below, where the rocks jut out and water's deep enough for diving.

Jeff Hymas, a spokesman for Rocky Mountain Power, said a maximum of 16 water releases, depending on the amount of spring runoff, are scheduled for recreational boating in Black Canyon each year from April 1 to mid July.

At times other than scheduled water releases, he said the river is usually too low for kayaking. When the water flow is increased during the releases, Hymas cautioned that the water can be quite fast-moving and dangerous for inexperienced kayakers and other recreational boaters.

A couple weekends per year are designated as "no release" weekends to accommodate for fly fishers, a popular sport as well on the Black Canyon. Kayakers and anglers can check www.pacificorp.com or call 1-800-547-1501 for up-to-date flow information, and any changes to the way water releases are handled for next year's boating season.