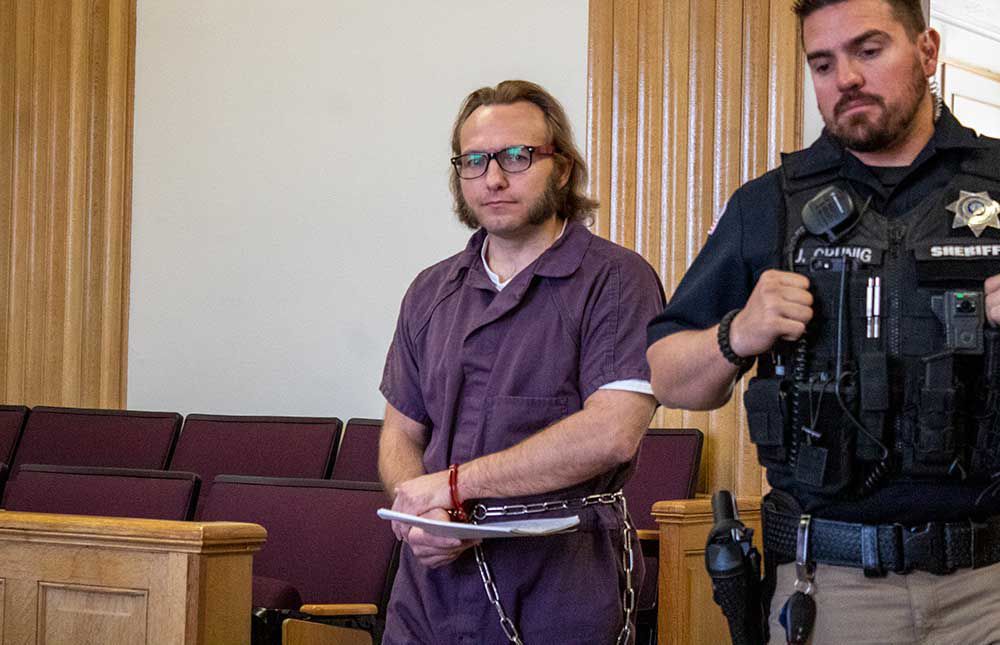 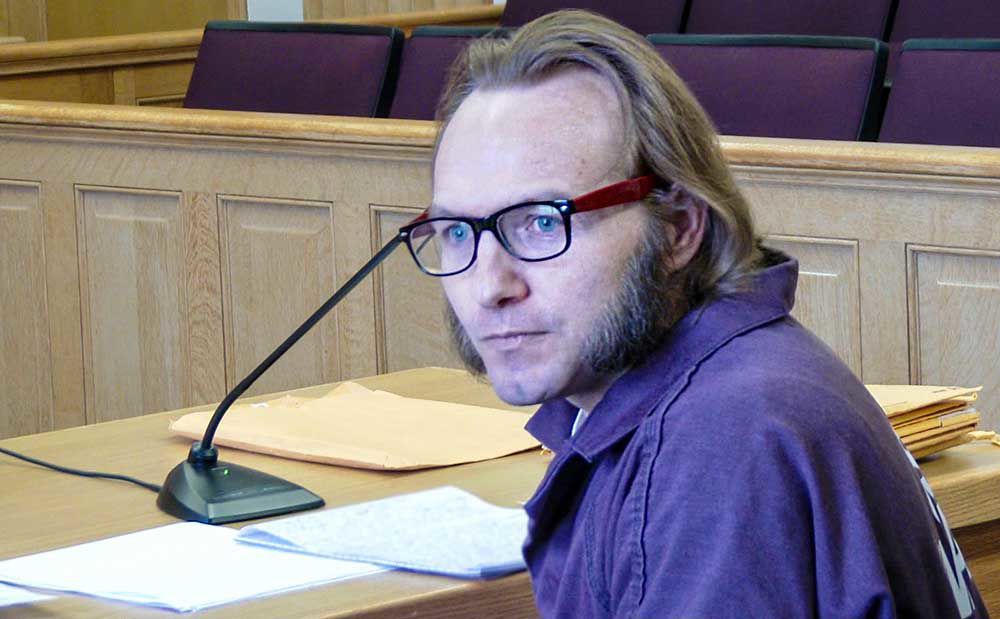 In a packed courtroom Thursday, a Preston man was sentenced to life in prison for the killing of a Franklin County man, despite his claim that the victim asked to be killed as punishment for an alleged crime that was never prosecuted.

Judge Mitchel Brown sentenced Marlin McQueen, 36, to life in prison with 30 years fixed, for the killing of Willie Lovin, 31, on Jan. 26. McQueen was arrested four days after Lovin was found dead in his home about 2 miles east of the Preston city limits. He had been stabbed 25 times.

Lt. Karen Hatch of the Franklin County Sheriff’s Office testified that the scene was the worst she had ever encountered.

McQueen had been one of several people at a party hosted by Lovin the night of the murder. Sometime before dawn, McQueen re-entered the home and killed Lovin. In court, McQueen claimed his motive was that Lovin had asked McQueen to put him out of his misery.

“There’s no excuse, even if it was true,” said Judge Brown.

McQueen originally pleaded not guilty to the murder and a trial date was set for last summer. However, McQueen pleaded guilty to second-degree murder in August, when Franklin County prosecutor Vic Pearson made a motion to reduce the charge from first-degree murder.

During the sentencing, Lt. Hatch spoke as a witness for the prosecution and described entering the scene with blood smears on the wall, floor and doors. She also talked about the state of the bedroom and bathroom in which Lovin was found being covered with blood. Hatch said the scene was the worst she had ever encountered.

In her interview with McQueen, Hatch stated during the first encounter McQueen denied everything and that when he left Lovin was alive. Three days later an interview started out with a polygraph. When the test was completed and McQueen had failed, the interview moved into an interrogation. After confessing, McQueen stated that Lovin asked McQueen to kill him because Lovin had confessed of a crime he committed against two young girls in Utah.

Law enforcement reached out to the police department with jurisdiction where the crime was said to take place and an investigation was completed and could find no evidence of a crime matching the story McQueen said Lovin confessed to.

McQueen stated in his presentencing investigation that he left after what Lovin had told him and went out to his truck. McQueen saw his Buck knife and “couldn’t let Lovin live anymore.” McQueen also stated he felt “Preston was a better place without that man in it,” referring to Lovin.

McQueen also stated that he felt “Lovin was a good person who had a disease and asked me to kill him.”

Lovin sustained over 25 stab wounds all over his body, made his way into the bathroom and ultimately died.

Lovin’s mother read from a victim impact statement. She talked about Willie not only being a son, but a brother, uncle and friend to all. Once you were in his circle, you were his family. She talked about his giving spirit and generosity to help others, putting the needs of those around him before his own. His hugs that would be missed by everyone who was ever on the receiving end.

She also addressed a time when Willie told her about a conversation he had with McQueen and his concerns over the welfare of McQueen’s son. Now the memory of Willie’s good nature or actions towards others, especially children, being tainted by Marlin’s accusations. She worries that someone who didn’t know Willie would believe it, even though they are so farfetched, in her opinion.

She also expressed the ramifications of McQueen’s actions with her family. She said that they find themselves no longer trusting anyone and are scared to sleep, worried someone could come into their house and take their lives while they are vulnerable.

She ended by stating the family didn’t get to see their son for their own confirmation. They will wonder about Willie’s future every single day. The family has been given a life sentence without Willie.

McQueen had a turn to address the court and stated his remorse for his actions and the pain he caused the family.

“I know my actions have affected everyone in this room, and I’m sorry,” McQueen said. “At the end of the day someone has to be a monster and I guess it has to be me.”

McQueen said he believed what Lovin allegedly confessed to him.

“It struck me in a profound way,” McQueen said. “I know the action I’ve done is not the correct result but are the result of what Willie asked me to do. I know now I should have left and went to the police after what he told me and not went back into the house.”

McQueen said he was remorseful and asked for forgiveness “that I may never be worthy of.”

Judge Brown remarked about how the victim impact statements gave him a good look into the life of Lovin. He was moved and impacted by those in the case.

He also commented on the motive saying, “The motivation given was outlandish, incomprehensible, and unbelievable. Even if the statement was factual, the action was unjustified and inexcusable conduct.”

Judge Brown stated that McQueen had up until this day shown a complete lack of emotion, remorse and accountability for a crime that appears to be a violent, unjustifiable, senseless crime.