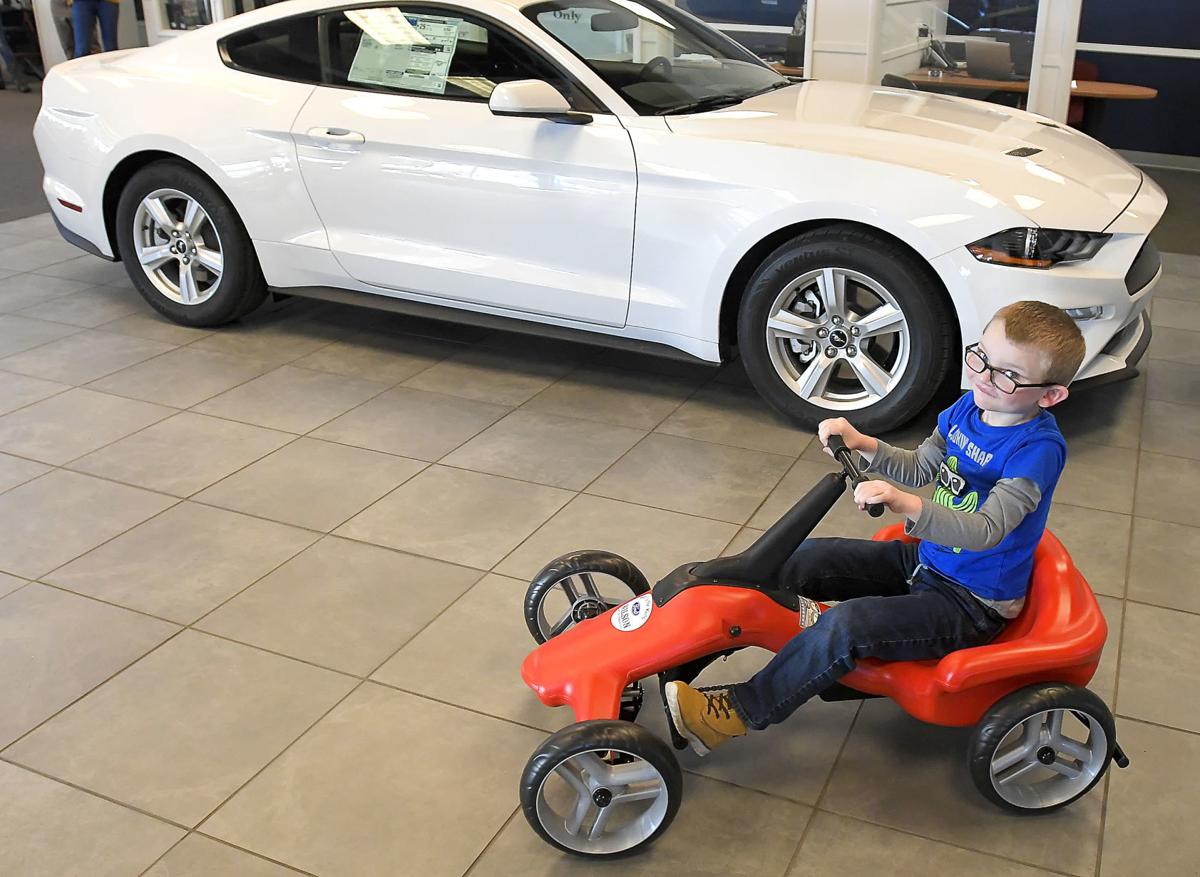 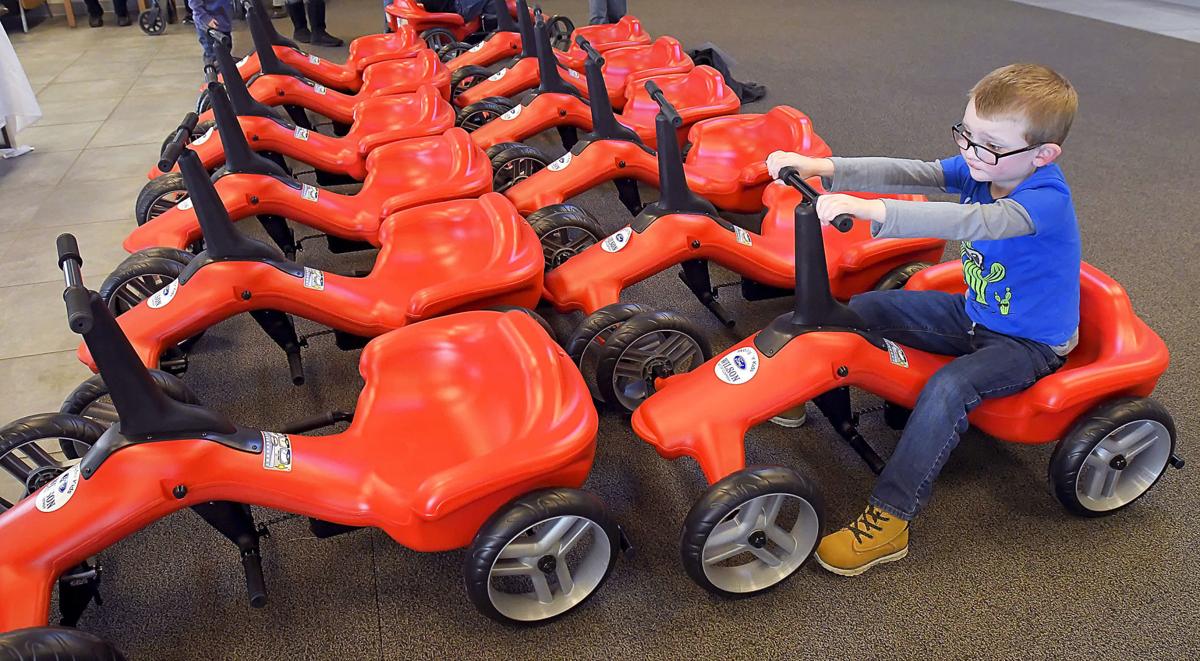 Mason Johnson picks out a Pumper Car to drive at the Wilson Motor Company showroom on Tuesday afternoon.

Mason Johnson picks out a Pumper Car to drive at the Wilson Motor Company showroom on Tuesday afternoon.

A donation from a local car dealership will give students, especially those with disabilities, a new way to get around during P.E. and recess.

Wilson Motor Company donated a Pumper Car to every elementary school in both the Logan and Cache County School Districts on Tuesday.

“We’ve been very, very lucky to be able to stay here in Cache Valley,” said Chris Wilson, the company’s owner. “This is just a small way for us to give back to the community.”

Pumper Cars are devices that were originally designed to be toys, but are now designated by the FDA as an exercise device for medical purposes.

Wilson and the superintendents of both school districts have set a new goal to provide four Pumper Cars for each elementary school. In addition to the 23 already donated by Wilson Motor Company, funds must be raised for another 69 cars to meet that goal.

“We want to continue to build it so that our students who do have motor issues that limit their recess time and their participation in P.E. are able to use these,” said Frank Schofield, the superintendent of Logan School District. “But also, they have their other peers who don’t have limitations who use them as well … that strengthens the understanding that these students aren’t accessing these Pumper Cars because they have a disability, it’s something that they and their peers can do.”

Because the cars are propelled by a pumping motion supplied by both the hands and feet, children with a multitude of disabilities, including Down syndrome, cerebral palsy, and spina bifida are able to use them.

“It will help them and hopefully give them confidence both physically and mentally and emotionally,” Wilson said. “To help them get around in the elementary schools, to help them at recess, and other times it will be to help keep up with other kids.”

Wilson announced the donations at a presentation Tuesday, with representatives from both school districts, local businesses, and parents and children in attendance. The presentation included a demonstration.

Wilson first became aware of the Pumper Car program in May 2019 at a meeting of the New Car Dealers of Utah, when a dealership from Southern Utah mentioned they had donated Pumper Cars to elementary schools in St. George.

According to Wilson, he felt a special connection to the Pumper Car program because of his sister, Jan Wilson.

“I watched her as she struggled in school,” Wilson said, “trying to keep up with the physical and mental disabilities that she has.

“The cost per Pumper Car is $350 and those interested in donating can contact either Chris Wilson or Chad Ricks at Wilson Motor, 435-752-7355,” stated a press release distributed by Wilson Motor Company on Tuesday.