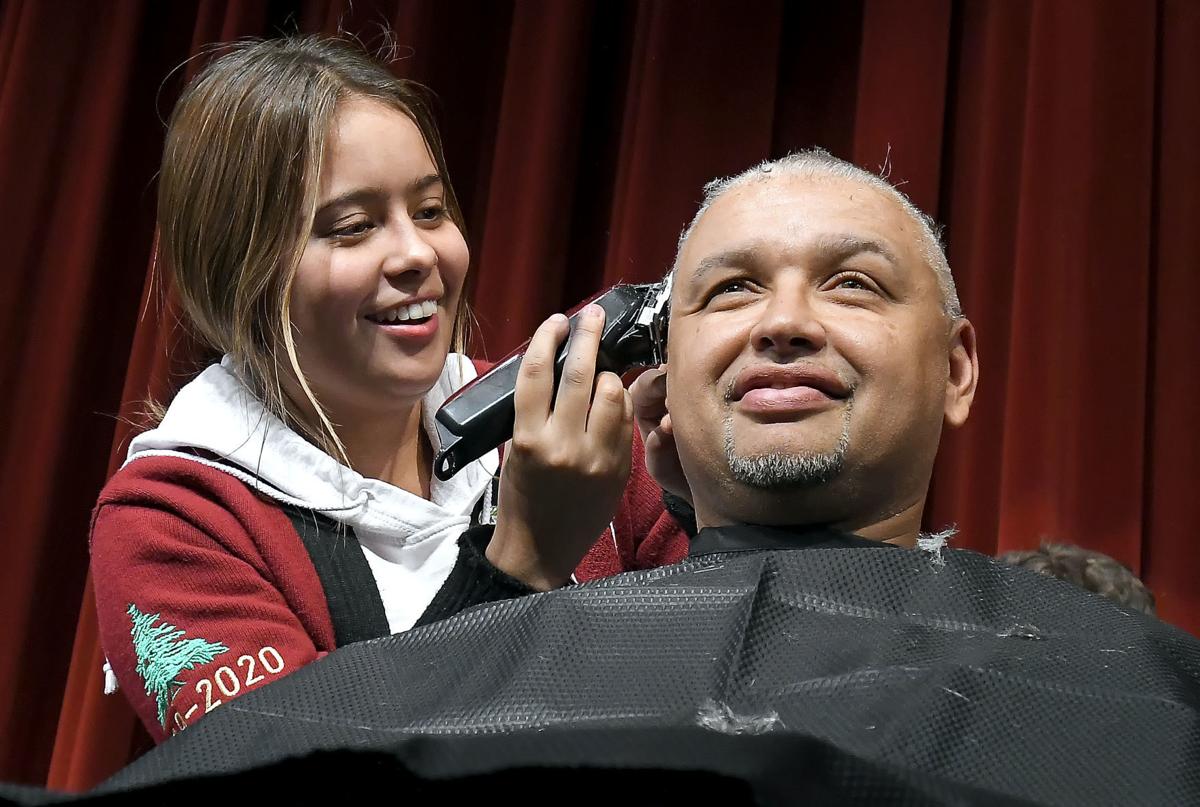 Gabby Estrada cuts the hair of Logan High Principal Kenneth Auld on Monday. Auld allowed students to shave his head after they collected over 4,800 items of food that will be donated to needy families. 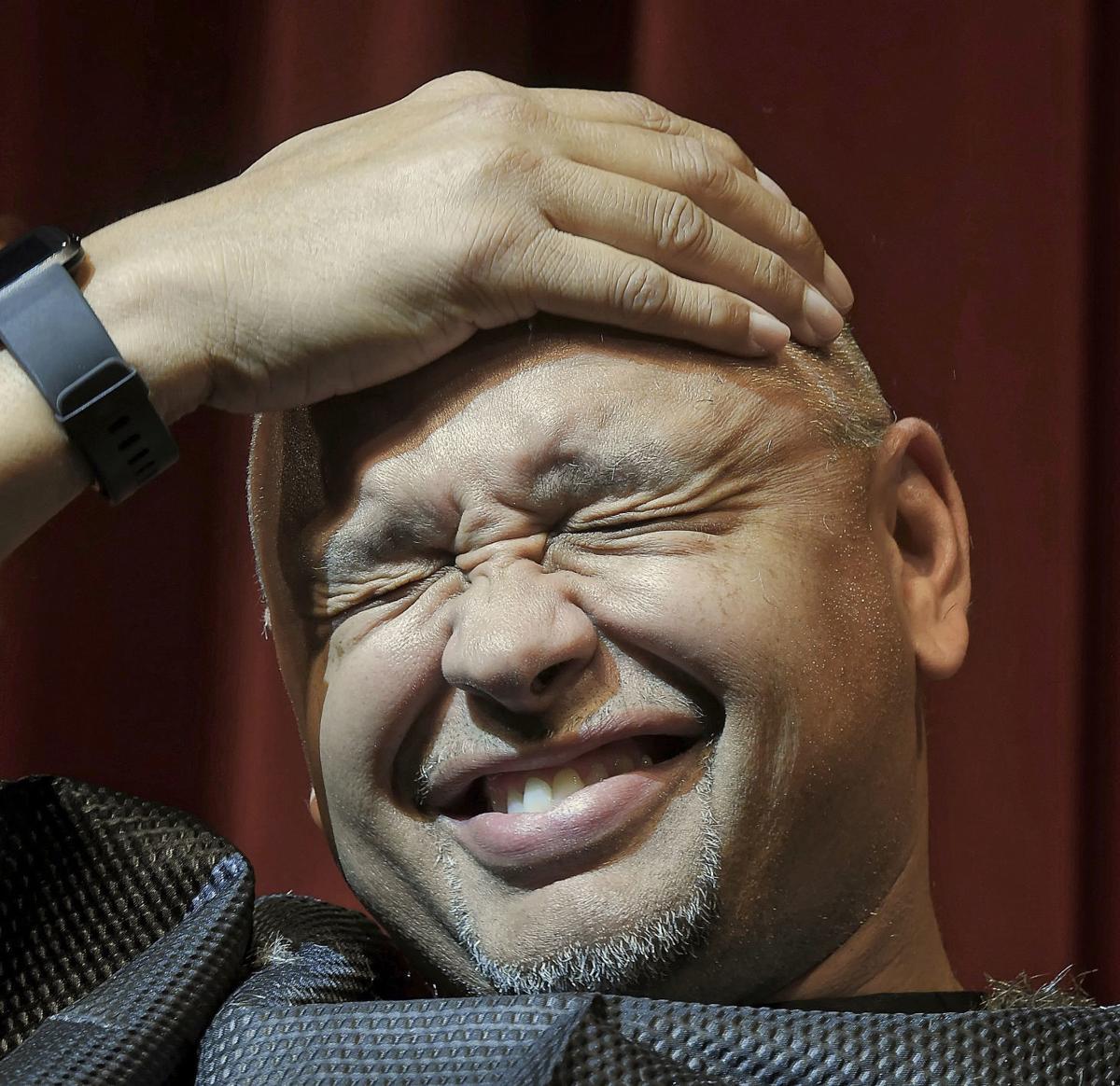 Logan High Principal Kenneth Auld reacts after he got his head shaved by students on Monday.

Gabby Estrada cuts the hair of Logan High Principal Kenneth Auld on Monday. Auld allowed students to shave his head after they collected over 4,800 items of food that will be donated to needy families.

Logan High Principal Kenneth Auld reacts after he got his head shaved by students on Monday.

Over 1,500 students crammed into the auditorium at Logan High School at the end of the school day on Monday, each of them trying to get one last look at Principal Ken Auld’s head of hair.

At the beginning of last week, the studentbody officers announced the annual food drive but added a new twist to motivate the students. This year, if the students reached the goal of collecting 3,000 cans, Auld would shave his head.

“Bald Auld was a catchy idea and so we approached him, asking if he would be down, and that’s how it got rolling,” said Abigail Blanchard, the SBO service vice president.

Blanchard said the final count on Friday, the final day of the food drive, came to 4,854 cans and an additional $2,000 in monetary donations.

Which, as SBO Adviser Jen Fife said, is about four times as many donations raised through last year’s food drive.

“I think the success had a lot to do with Principal Auld,” said Alex Rasmussen, SBO president. “It was cool to see him caring for the school like that and wanting us to succeed in our goal.”

#BaldAuld was trending on posters and announcements all throughout the school as an incentive to get the students involved and donating to a good cause. Students even chanted the hashtag as Auld took a chair on center stage.

“I can assure you I am more nervous than they are,” Auld said, pointing to the officers behind him preparing to take turns with the clippers. “I’m going to need all the luck I can get to get out of here unscathed.”

Rasmussen said there were a couple of the officers who were pretty nervous but that Auld trained them with the clippers earlier in his office.

The sound of the clippers meeting Auld’s hair was followed by loud cheering from the students and laughter from Auld’s wife and daughter, who watched from just offstage.

“This is going to a lot of families in our community and that is something that I am very proud of,” Auld said.

The chanting crowd convinced Rassmussen to challenge the students with a new goal. He told the students that if 1,200 more cans were raised by Friday, the clippers would see the stage again but this time it would be his hair on the line.

“It is evident that a good cause goes a long way, and a little extra motivation helps as well,” Fife said.