Nevaloni Pulotu works on 3D art piece made from stone on Tuesday at Logan High School. Pulotu was named Educator of the Year at the Utah All-State High School Art Show. 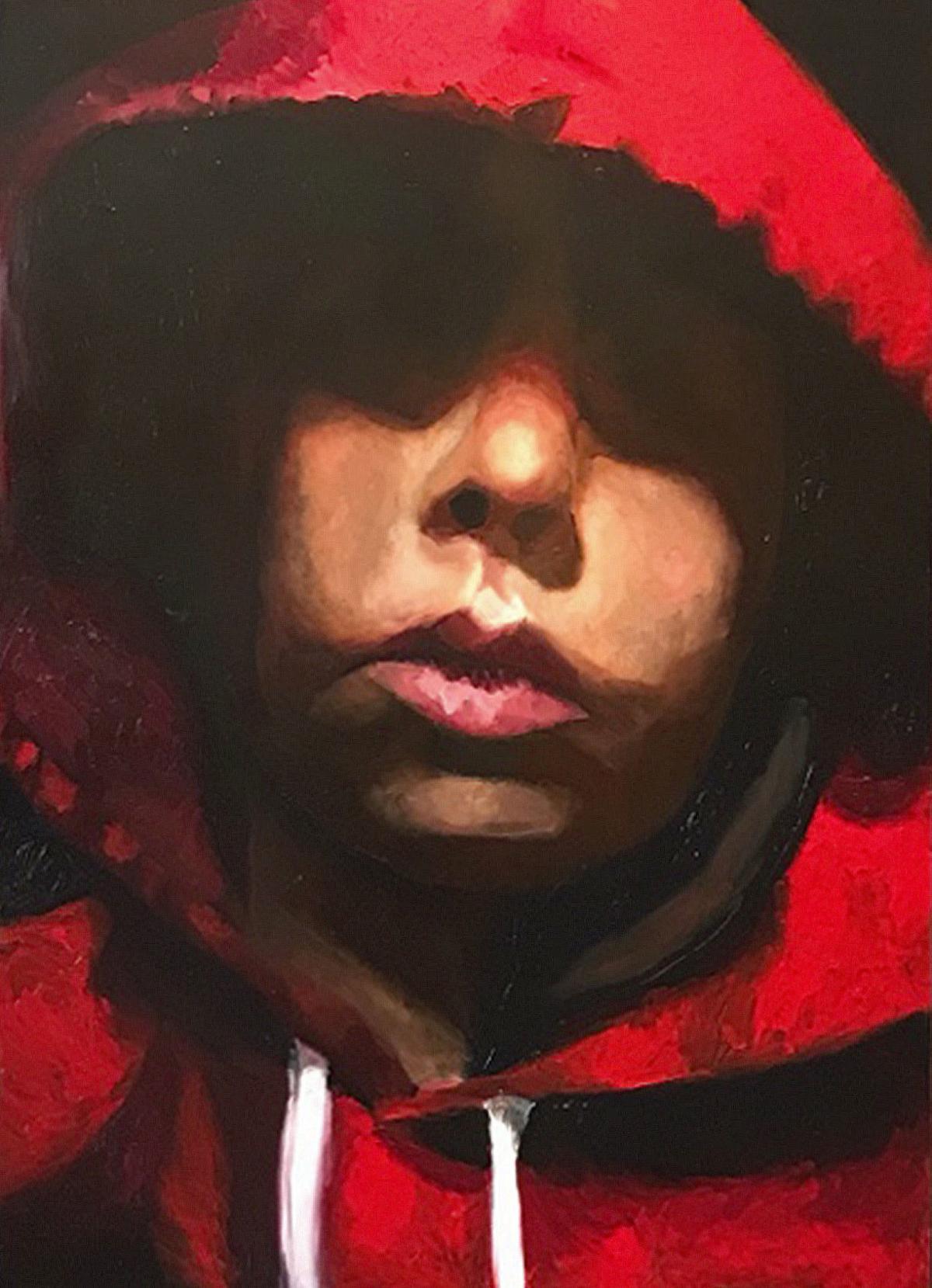 This piece of artwork titled “Red” by Abbie Chesley was awarded Best of Show for 2D work at the Utah All-State High School Art Show. 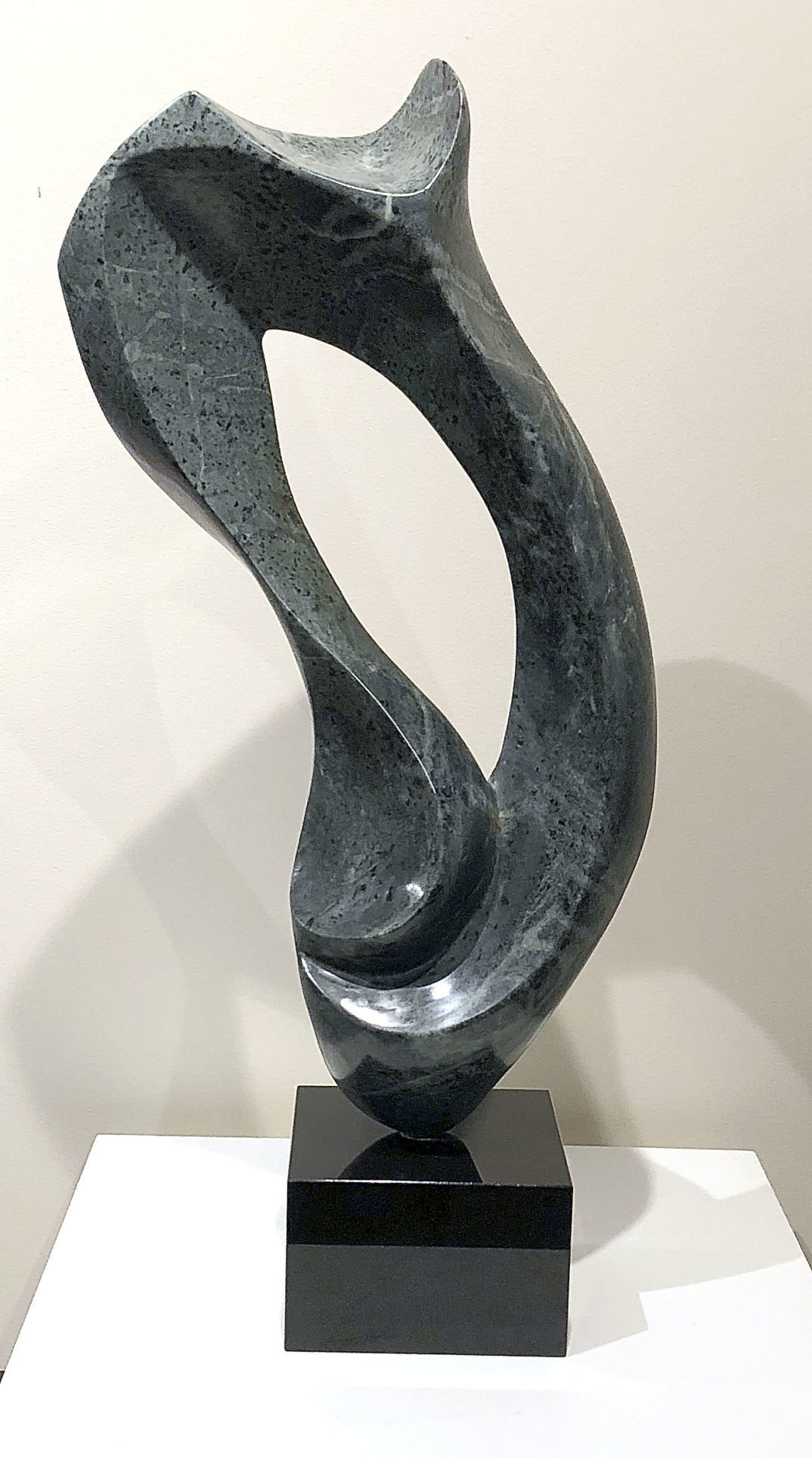 This piece of artwork titled "Unbreakable Bond" by Monson Brown was awarded Best of Show for 3D work at the Utah All-State High School Art Show.

Nevaloni Pulotu works on 3D art piece made from stone on Tuesday at Logan High School. Pulotu was named Educator of the Year at the Utah All-State High School Art Show.

This piece of artwork titled “Red” by Abbie Chesley was awarded Best of Show for 2D work at the Utah All-State High School Art Show.

This piece of artwork titled "Unbreakable Bond" by Monson Brown was awarded Best of Show for 3D work at the Utah All-State High School Art Show.

A total of 25 art pieces from different Cache Valley students are on display at the art show, and students received a total of eight awards including Best of Show 3D and 2D and various scholarships.

Pulotu was named the Brigham Young University David O. McKay School of Education Teacher of the Year. Pulotu said he couldn’t be where he is without the students’ dedication.

“My success really wasn’t there,” Pulotu said. “It was through the students that got me there.”

At first, Pulotu thought he had received an email informing him the teacher he had recently nominated for Teacher of the Year at Logan High had won, but he realized it was him as he kept reading.

“It was a great honor to get it, but at the same time I think it’s a combination of all of the work that the teachers do here at Logan High,” Pulotu said.

Pulotu received a monetary award, and one of his sculptures will be on display at the BYU David O. McKay Building.

His students Justin Bentz and Monson Brown said they really appreciate and look up to Pulotu. They said he inspired their artwork in one way or another.

“Nev is such a cool dude, and he’s inspired me to be such a hard worker and really take pride in my art,” Bentz said.

Brown’s stone sculpture “Unbreakable Bond” took about three to four months to complete and was awarded the Best of Show for the three-dimensional works at the Springville art show.

Brown said he was surprised when he found out he had been accepted to be a part of the exhibit and again when he was told he won the award.

“I was honestly a bit surprised but honored for the most part because the stone sculptures we have, they take so much time and dedication in order to finish the piece,” Brown said. “To be able to be selected one for a show like this is just amazing, but to be awarded Best of Show for three-dimensional is just amazing. There’s nothing else you could hope for a piece of your own.”

Pulotu said there was a friendly competition with fellow Cache Valley school Sky View, which took home the other Best of Show position thanks to senior and Sterling Scholar Abbie Chelsey.

Chelsey won the Best of Show for 2D for her oil on board piece, “Red.” Chelsey said when she found out her artwork had been selected for the art show and won the award, she almost cried in excitement.

“I don’t want to say it was the best moment of my life, but it was pretty close,” Chelsey said.

Chelsey said she is grateful for the Sky View art program and its teachers, Lester Lee and Jeannie Millecam, as well as the support from her parents.

“I’ve learned so much,” Chelsey said. “I only learned painting two years ago, and I’ve come so far.”

Each school can submit up to 10 pieces. Sky View and Logan had eight of their 10 submissions selected.

“As a team, Katie Shupe and I are thrilled to have MCHS student artwork represented at the Springville show,” Mountain Crest art teacher Andrea Smith said. “We work really hard to have their work celebrated at several different art shows throughout the year, not just Springville.”

“The strong showing for the art this year was not just the stone sculpture,” Pulotu said. “We had a great showing from both photography and painting. This year was an unbelievable year for us.”

“It was really cool because we didn’t know what to expect from that show because it’s one of the newer shows,” Bentz said. “For a 3D piece to take that is kind of insane because it’s usually a 2D platform, so it was really exciting.”

The sculpture took Bentz a year and a half to complete.

Some Ridgeline High School students have been accepted into the 22nd Annual National K-12 Ceramic Exhibition, which will be on display in March in Minneapolis, Minnesota.

The art teachers said the students are hardworking and put in many hours into their artwork including weekend hours and after hours.

“I’ve never had so much respect in all my life as these kids give me. It’s really been amazing,” Lee said. “They listen well in the art room and perform well. They have a lot of confidence. That’s the thing that’s amazing; they’re so confident and willing.”

The Masters Academy of Art Scholarship

Kings of the Flats

The Masters Academy of Art Scholarship