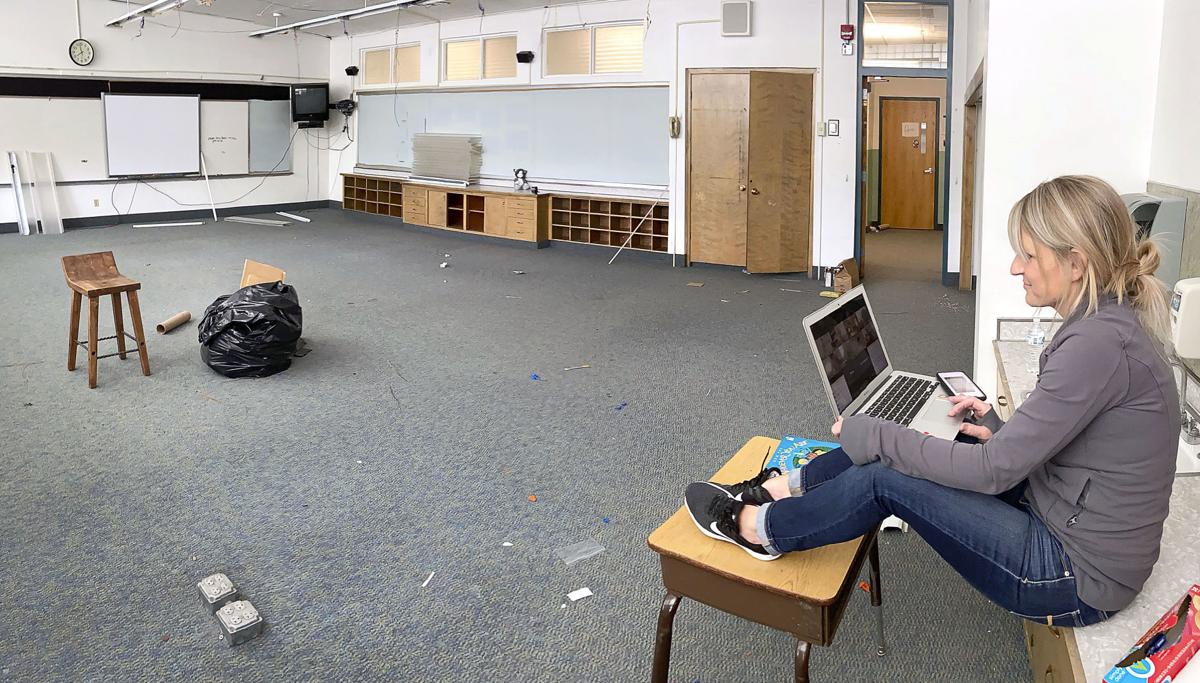 Katie Cox visits online with her third grade students while sitting in her empty classroom at Ellis Elementary School on Wednesday. The school is scheduled to be torn down and desks and books are being moved to Hillcrest, where the teachers will be next year. 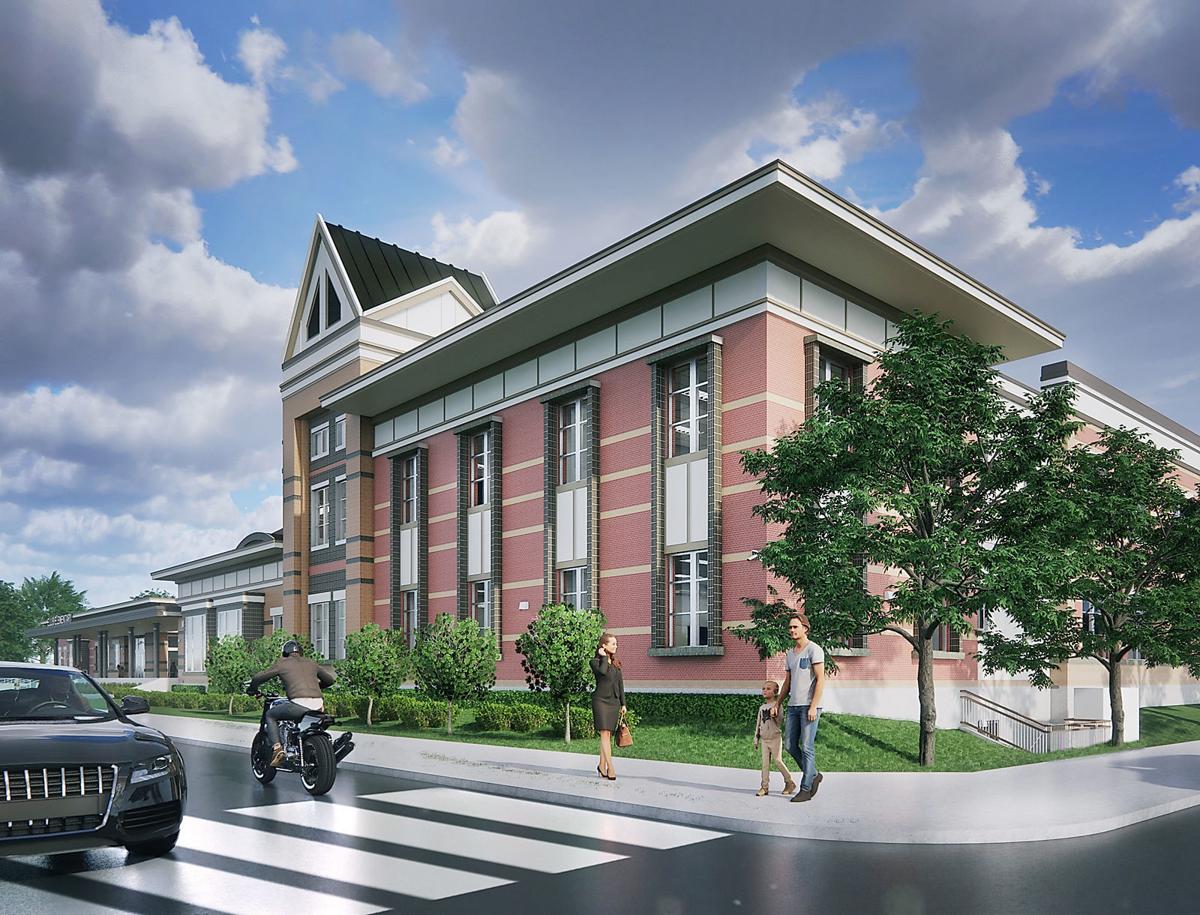 An artist's rendering of the new Ellis Elementary School in Logan, which will feature a tower reminiscent of the original two-room school built on the same site in 1893.

Katie Cox visits online with her third grade students while sitting in her empty classroom at Ellis Elementary School on Wednesday. The school is scheduled to be torn down and desks and books are being moved to Hillcrest, where the teachers will be next year.

An artist's rendering of the new Ellis Elementary School in Logan, which will feature a tower reminiscent of the original two-room school built on the same site in 1893.

Though Logan’s historic Ellis Elementary School will fall to the wrecking ball next month, the state-of-the-art school building set to replace it will contain many design features reminiscent of the old school.

And the project will offer more than just a visual link to the past. As it happens, the new design was done by the same architectural firm responsible for the original school well over a century ago.

Design West was founded in 1892 by Swiss immigrant K.C. Schaub, who did the architecture for many iconic Cache Valley buildings, including Old Main, the Thatcher Mansion and Brigham Young College, which eventually was converted into Logan High School.

The original two-room Ellis Elementary was constructed in 1893 to replace a one-room church-ward school on the same site, and it is believed to have been one of Schaub’s first Logan undertakings.

“So our founder did the original school, and here we are 128 years later designing it again. It’s really kind of a cool thing,” said Design West architect Stephen Williams, who is in charge of the Ellis project.

Williams’ design includes several “architectural cues” from the original and remodeled Ellis School. Chief among these is a tower, which was the defining element of Schaub’s original design but was taken down in subsequent remodels.

The new building will also feature a red-brick facade similar to what the Ellis neighborhood in west Logan is used to. A big difference is what will go behind that red brick: energy-efficient, earthquake-resistant concrete forms that are filled and surrounded by plastic foam.

“In this way the solid concrete becomes a thermal reservoir for the school, helping to store cool air in the summer and heat in the winter, which will help lessen demand on mechanical systems,” Williams said, noting Ellis will be only the fourth insulated concrete school in Utah.

The new Ellis will also make use of canal water flowing through the property to help cool the building in warm months and save on air-conditioning costs.

Demolition of Ellis Elementary is scheduled to begin June 8. The new building isn’t expected to be finished until well into 2021, but the recent completion of another school district construction project, the new Hillcrest Elementary School, has worked out to the district’s advantage on this front. Ellis students will be bused to the old Hillcrest through the 2020-21 school year while their new school is being built.

Many desks and other pieces of equipment from Ellis are currently being transferred to the old Hillcrest as well as other district schools in need of certain items. What’s left will be made available to the public in a surplus sale and open house scheduled May 28 between 10 a.m. and 2 p.m.

“Basically, we’re using everything that we can, and everything that’s left over we’re going to open up to the public,” Logan School District Business Manager Jeff Barben said. “If people want to purchase an old chair or desk that’s maybe nostalgic or something, May 28 is when we’ll have that open house for people to walk through.”

Former Ellis student Nikkole Lopez took the opportunity to bid her old school farewell in an personal walkthrough last week, writing a message next to several others on the library wall. She attended Ellis from 1991 to 1997 under her maiden name, Nikkole Haws, and fondly remembers many aspects of her grade school life.

“I decided I wanted to see it one more time before it was torn down,” Lopez said. “I let myself in … walked through the whole building and saw my old classrooms. I remember all of my teachers’ names.”

During the trip down memory lane, Lopez had a revelation — that she has been dreaming about a return to Ellis regularly throughout her adult life.

“I’ve had that dream probably once a week for the last 15 years or so,” Lopez said. “I think it kept my memory of the school sharp and in tact because it didn’t look any different to me after 20 years.”