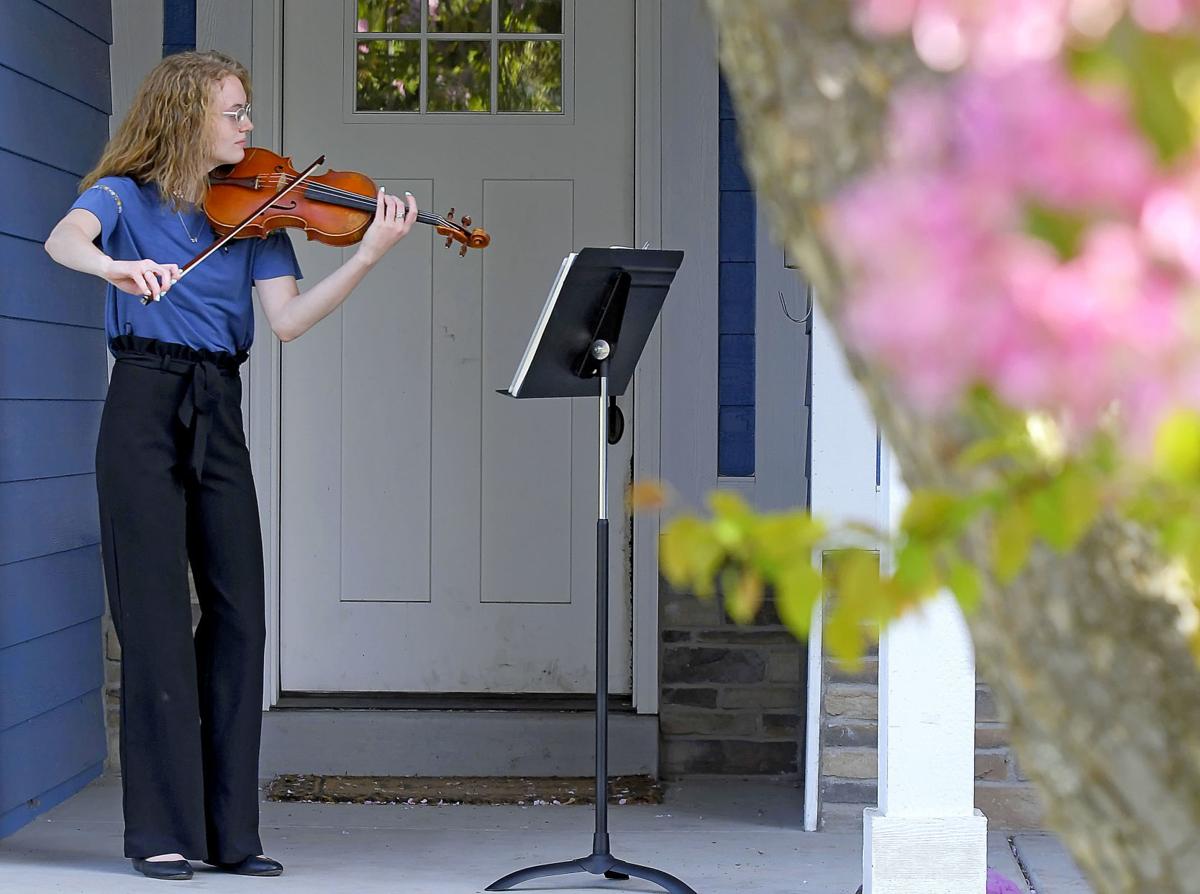 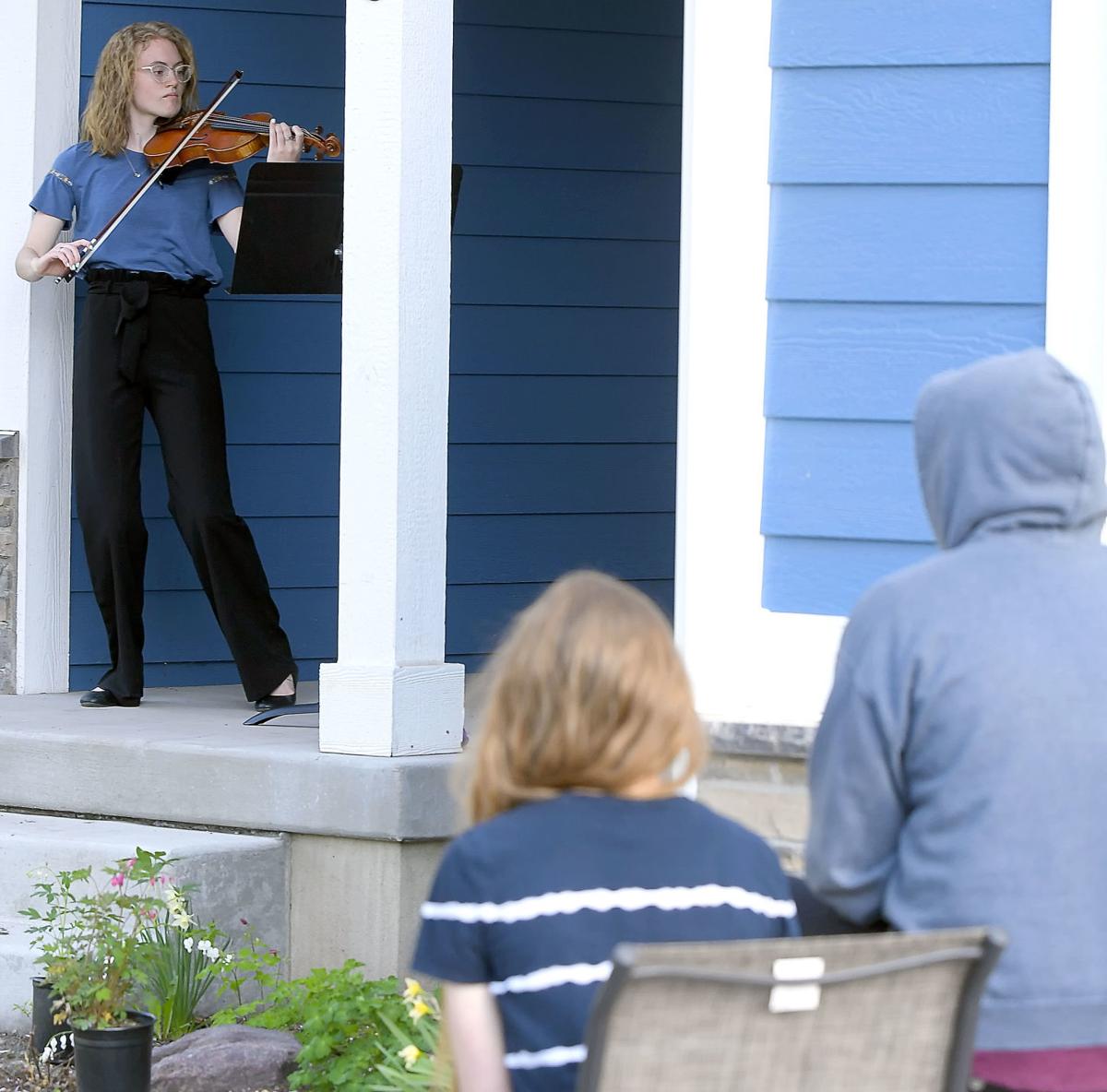 With school doors closed and mass gatherings discouraged, the Logan High School Orchestra found themselves unable to perform their final concert slated for the end of the school year. But on Wednesday, orchestra students took to their lawns and porches to perform for family members, neighbors and passersby — some of them for the last time as LHS students.

Orchestra Director Rachel Wheeler said when schools initially closed as a result of COVID-19, she was hopeful but dubious it would reopen in time for her orchestra.

“I started thinking about what the kids could do,” Wheeler said.

Wheeler said she was inspired by the photos and videos of balcony singers in Italy attempting to lift the spirit of their community. For Wheeler, playing outside of their homes provided a goal for students to work toward and the opportunity to provide a joyful service to the community.

“It’s not ever going to be the same, of course, without being in orchestra class,” Wheeler said.

Wheeler said 118 students span three string orchestras at Logan High. The students were instructed to play four pieces: a folk song, a hymn, a song of their own choosing and the Logan High School song. Students took a photo to verify their performance along with a brief quiz.

“I have awesome students that work hard,” Wheeler said. “They’ve been practicing and such and doing a great job.”

“It was just going to be a big moment for me, because I have loved high school orchestra,” Hales said. “Not being able to end it has been, kind of, a shocker and really sad.”

While partially relieved schools had been closed, Hales said she realized the things she would miss with the school doors closed.

“I remember thinking, ‘oh, I was never able to sit as concertmaster and this was supposed to be my concertmaster experience,’” Hales said. “I was super bummed that wasn’t able to walk out on stage and stand by Mrs. Wheeler for the last time.”

Tyler Morgan, a senior at Logan High who plays the double bass in the orchestra, said he also had envisioned what his final concert would be — preparing his instrument and practicing the selected pieces. Morgan said it feels like his graduating class is missing out on normalized traditions and experiences.

“I was kind of sad; I was not happy about it,” Morgan said. “It’s just not fun with seven people — I don’t get to share my graduation with who I want to share it with.”

For Morgan, not being able to say goodbye to fellow classmates has been the strangest part.

“I kind of feel like I’ve almost died in a sense,” Morgan said, “because I never got to say goodbye to anyone, and I might not be able to. That’s probably the worst thing.”

Despite the disappointment, Hales said she expected the new concert experience to be fun and interesting. Hales said the concert is a way to demonstrate hard work while uplifting those who may be listening. Morgan said his neighbors enjoy his music and would likely enjoy the performance.

“I think it’s super cool that music is a way to portray emotion,” Hales said, “and I feel like the stuff that we’ve picked out for this porch concert is able to show our emotions.”

Wheeler said though it has been difficult, the vast majority of her students have handled the transitions well. She said not taking part in the last performance, in addition to missing out on state and regional competitions, has been especially tough on this year’s seniors.

“I love them so much and I miss them,” Wheeler said. “It’s just really hard.”