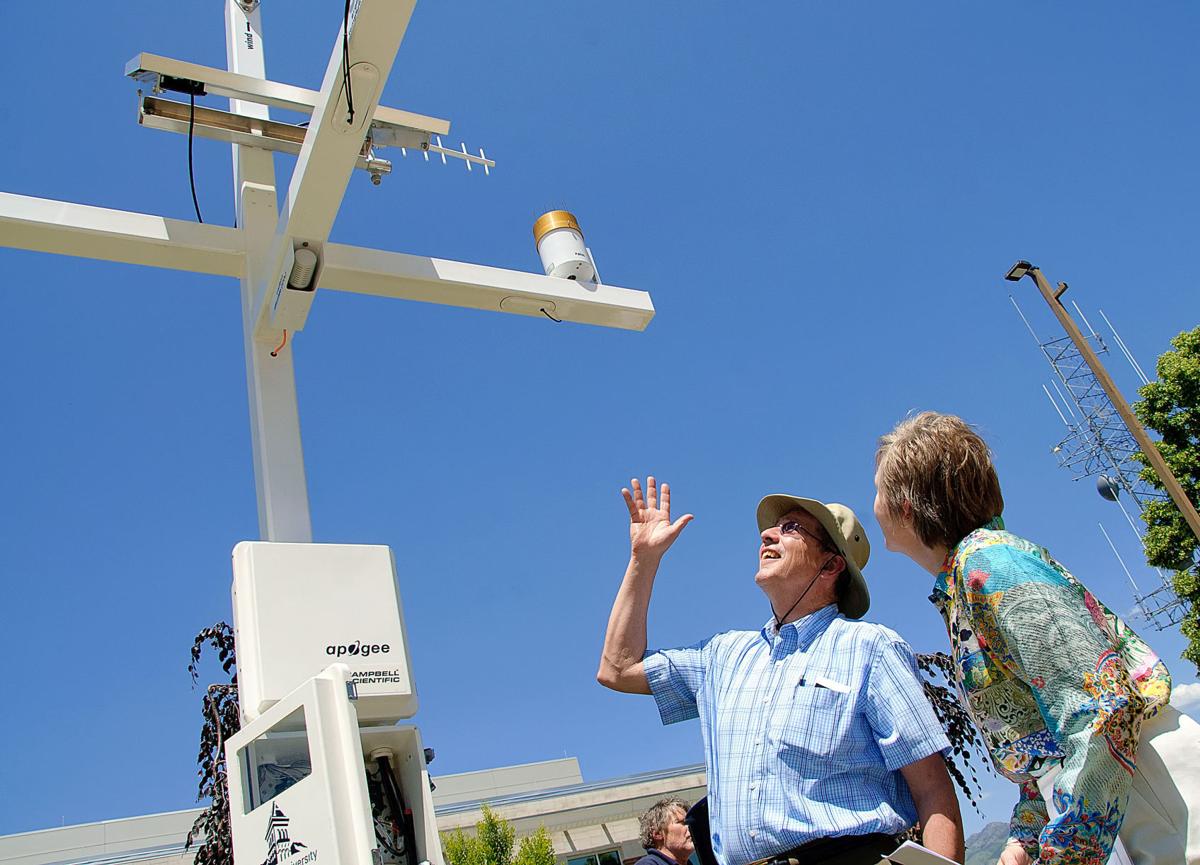 Paul Campbell talks to Mayor Holly Daines about the new environmental observatory outside of the Logan Library on Thursday. 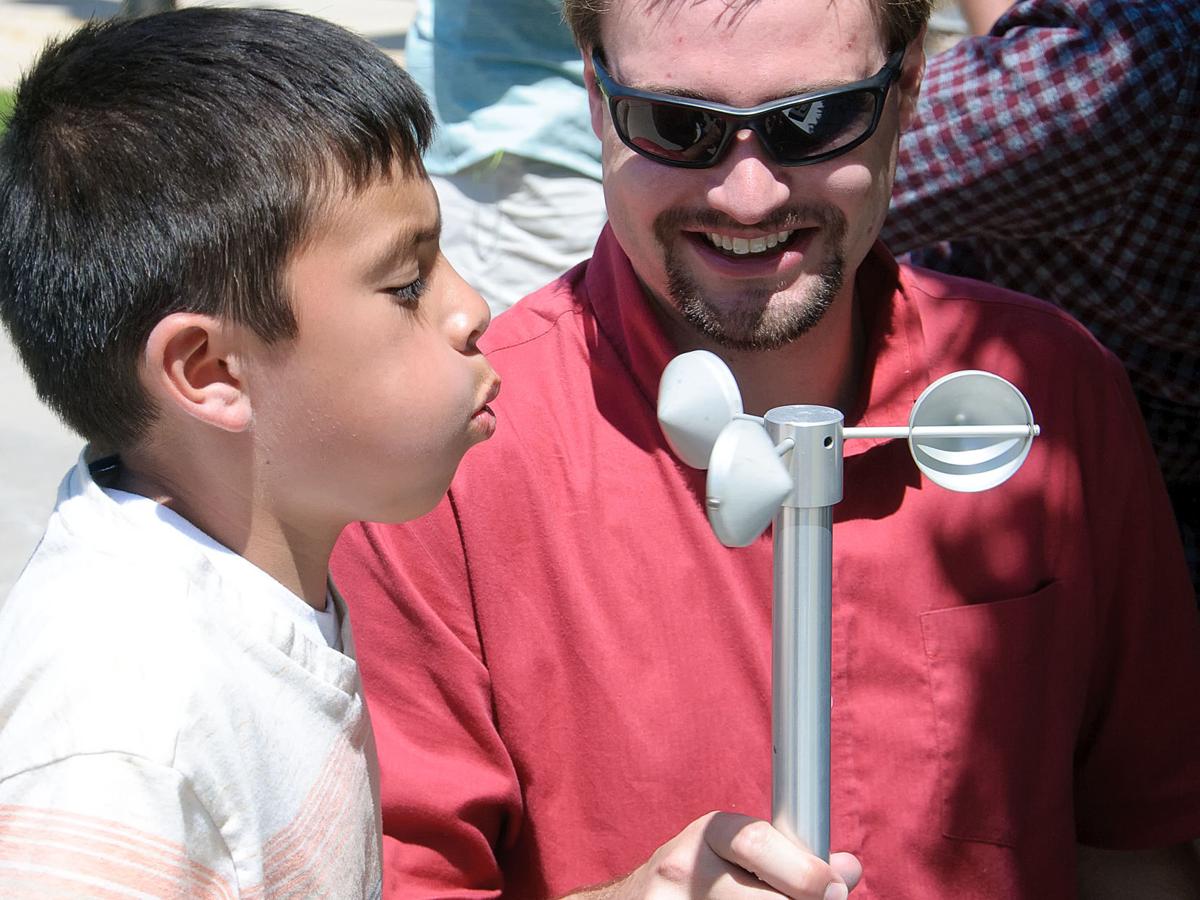 Jon Meyer holds an anemometer so Caleb Mann can see how many miles per hour his breath is during an event at the Logan Library on Thursday.

Paul Campbell talks to Mayor Holly Daines about the new environmental observatory outside of the Logan Library on Thursday.

Jon Meyer holds an anemometer so Caleb Mann can see how many miles per hour his breath is during an event at the Logan Library on Thursday.

During a sunny day with temperatures well into the 80s, people of all ages descended on the Logan Library plaza Thursday afternoon to watch the unveiling of a new environmental observatory.

USU Professor Bruce Bugbee, who is also a founder of Apogee, said the environmental observatory joins a network of others like it all over Cache Valley.

Bugbee said the Logan Library’s environmental observatory is multi-purpose, not only monitoring the weather, but the city’s air quality, too.

“This is one of the stations that measures carbon dioxide. … We’re using carbon dioxide as a tracer gas to understand atmospheric mixing during inversions,” Bugbee said. “Now, we’re standing kind of in the bull’s-eye of emissions of carbon dioxide because of all the traffic right here in Logan.”

A plaque explaining the components of the environmental observatory, how it is used and a brief history of weather measurement is included.

“A lot of people with advanced degrees collaborated to get the wording just right,” Bugbee said. “In the first version, you had to have a Ph.D. to understand it, and now it’s written for the young patrons that come back and forth in the library.”

Paul Campbell, former president of Campbell Scientific, said he hopes the environmental observatory is inspiring to library patrons and becomes a symbol for the importance of science, technology, engineering and math in the community.

Mark Blonquist, chief scientist at Apogee Instruments, noted his company makes weather monitoring instruments that can be found all over the world — from Southern Utah to Mt. Kilimanjaro.

But more than anything, “I’m really glad we have the opportunity to contribute to a project … that makes Cache Valley a better place to live,” Blonquist said.

“The library’s excited to be a part of the weather station,” she said. “I’m so proud of the kids who have waited so long so we can start those experiments.”

In an interview, Bugbee said the idea for the environmental observatory came about a year and a half ago, during discussions with then-Logan Mayor Craig Petersen.

Bugbee said it took a long time for the instrument to get built because it involved people volunteering their time — and instruments.

The environmental observatory impressed the many kids and parents that turned out on Thursday, including Daniella Lopez, 10.

“I saw this weather machine and I was like, ‘I’ve never seen this here!” Lopez said in an interview. “They’re fascinating.”

“I think it’s really cool. I’m excited to learn more about it myself,” she said.

It’s why she brought her grandson, 6-year-old Austin, to the event on Thursday. She noted that Austin’s father works at Utah State University with computers, so it’s easy to see why the 6-year-old is so interested in the environmental observatory.

Porter said she hopes her grandson takes home something significant from viewing the environmental observatory.

“He could be one of the next world’s greatest scientists,” Porter said. “You don’t know.”