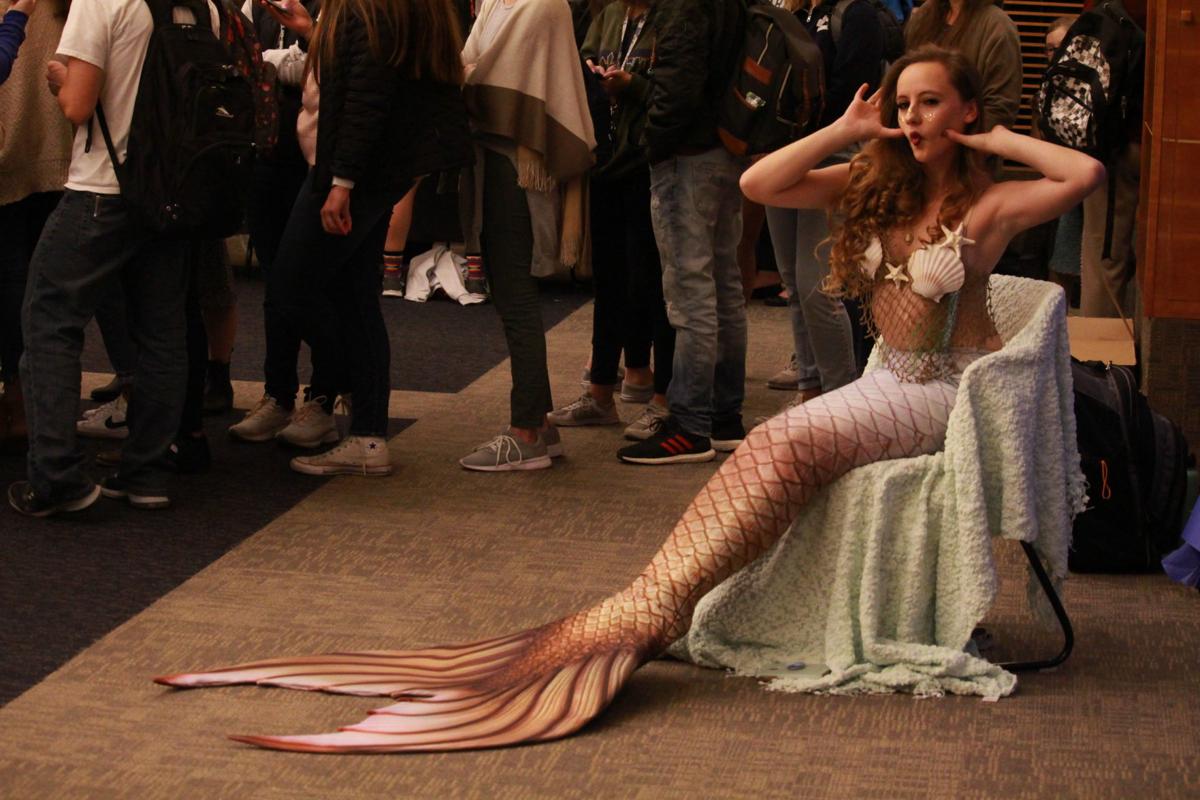 Mermaid Cassie, an art and theater major, shows off her mermaid tail at Artoberfest on Thursday evening at Utah State University. 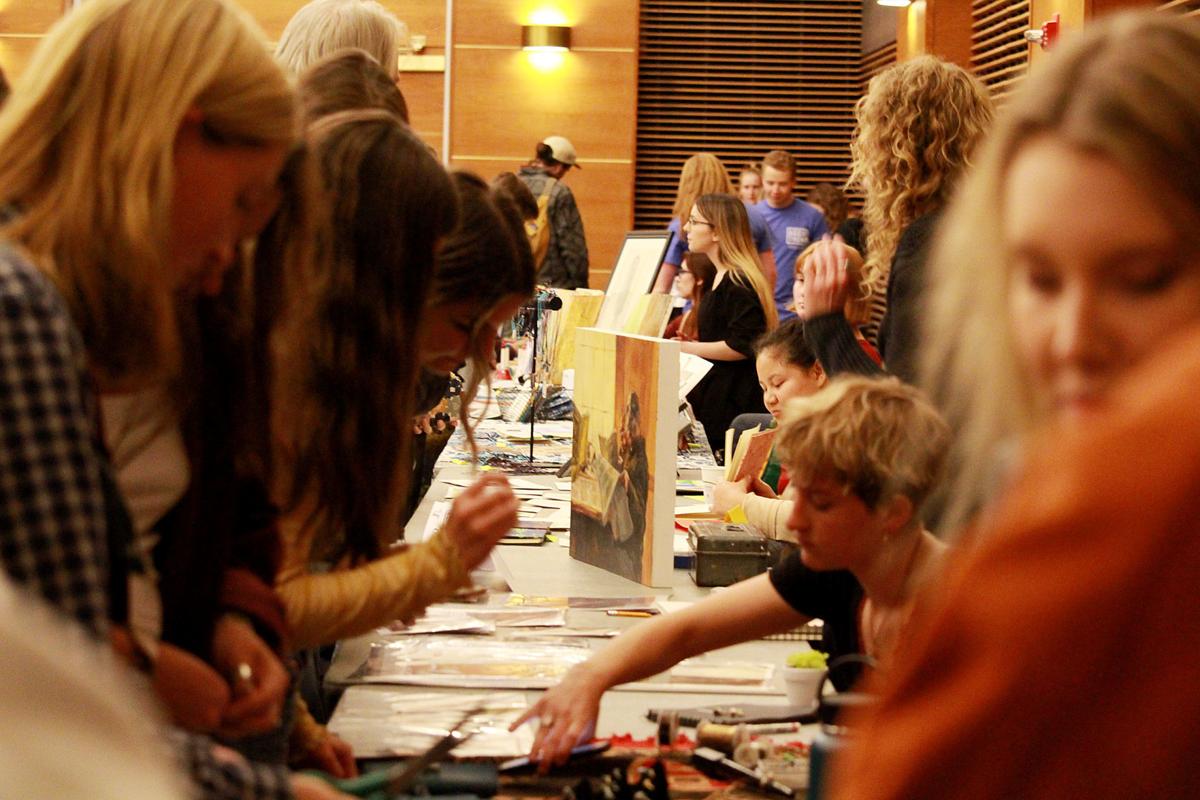 Students crowd around tables filled with student artwork at Artoberfest on Thursday evening at USU.

Mermaid Cassie, an art and theater major, shows off her mermaid tail at Artoberfest on Thursday evening at Utah State University.

Students crowd around tables filled with student artwork at Artoberfest on Thursday evening at USU.

A live band, a chance to paint a pot for succulents and free hot dogs are among the many enticements that brought over 400 students to Utah State University’s Artoberfest on Thursday evening.

“I am so excited about how many people came, and it was so unexpected,” said Nathan Scott, the Caine College of the Arts senator. “One thing we did different this year from years past, that I think really made a difference, was the versatility of performances. We had a band come play for the first hour followed by other acts I had never seen before.”

The new local band, SorryMom, kicked off the festival and was followed by a jazz quartet, a jazz vocalist who specialized in scat singing and many other performers.

Scott said he really tried to bring in a variety, finding things that many different people could connect to.

As the performers took center stage, artists lined the perimeter of the room with their work for sale as well as pieces of artwork in progress and were able to demonstrate their techniques.

Scott said he was blown away when he saw the long line of students stretching out of the door and down the hall. He said the turnout doubled and even tripled his original expectations, and it had a lot to do with the participation with everyone behind the scenes.

“I gathered a lot of help from a large variety of people,” Scott said. “These people brought so many different ideas, which brought such a range of students to the event. And that is why it was such a success.”

From sewing shirts in one corner to a mermaid in the other, there were booths and performances for many different students with many different interests.

“I was always the kid who dressed up for everything and I always made my cousins put on plays with me in the basement of our house growing up,” said Cassidy Lewis, an art and theater major at USU.

Lewis went by the name Mermaid Cassie at the event and sat in a corner of the room in full mermaid garb, complete with sparkles across her face and a long, detailed mermaid tail.

“This is just who I am,” said Lewis, or Mermaid Cassie.

She said she often volunteers around the community at charity events and loves seeing the children light up when they see her in her mermaid costume or her princess dress, which she wears occasionally.

“I think it is great that we have this event so that students can come and share their talents,” Lewis said. “That was the real art here today.”