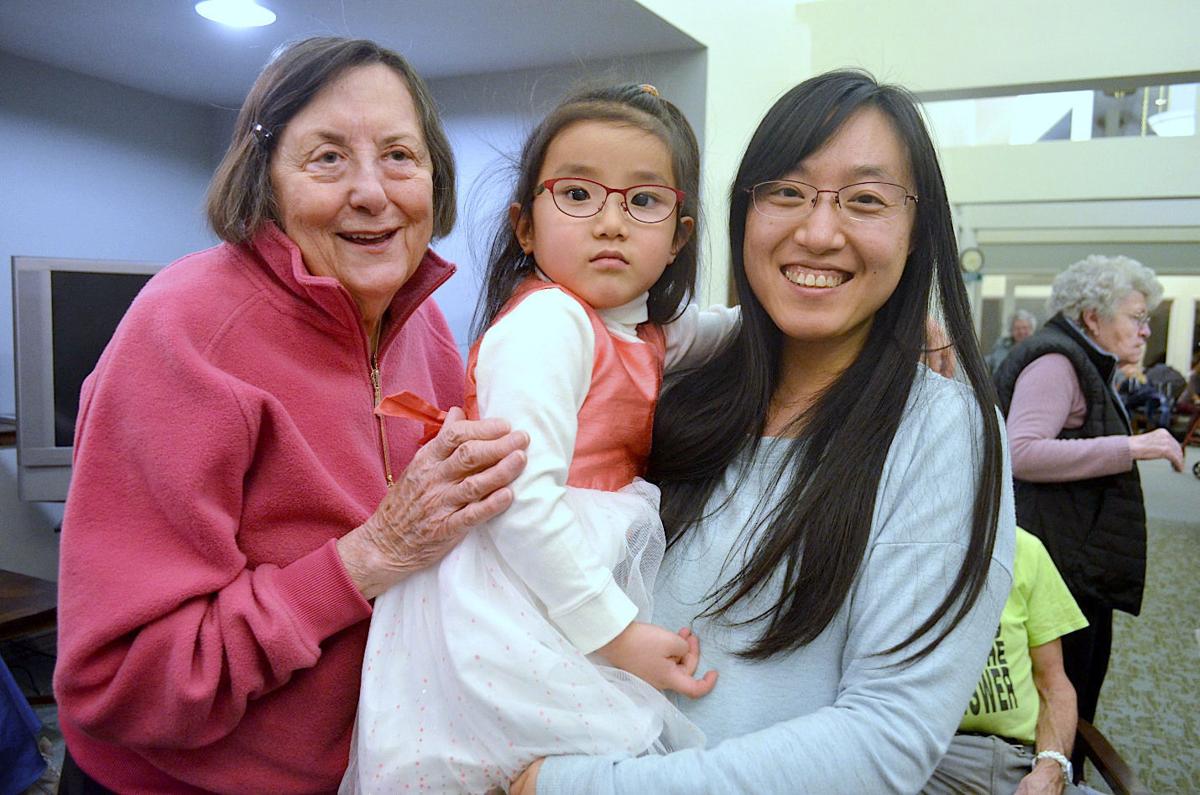 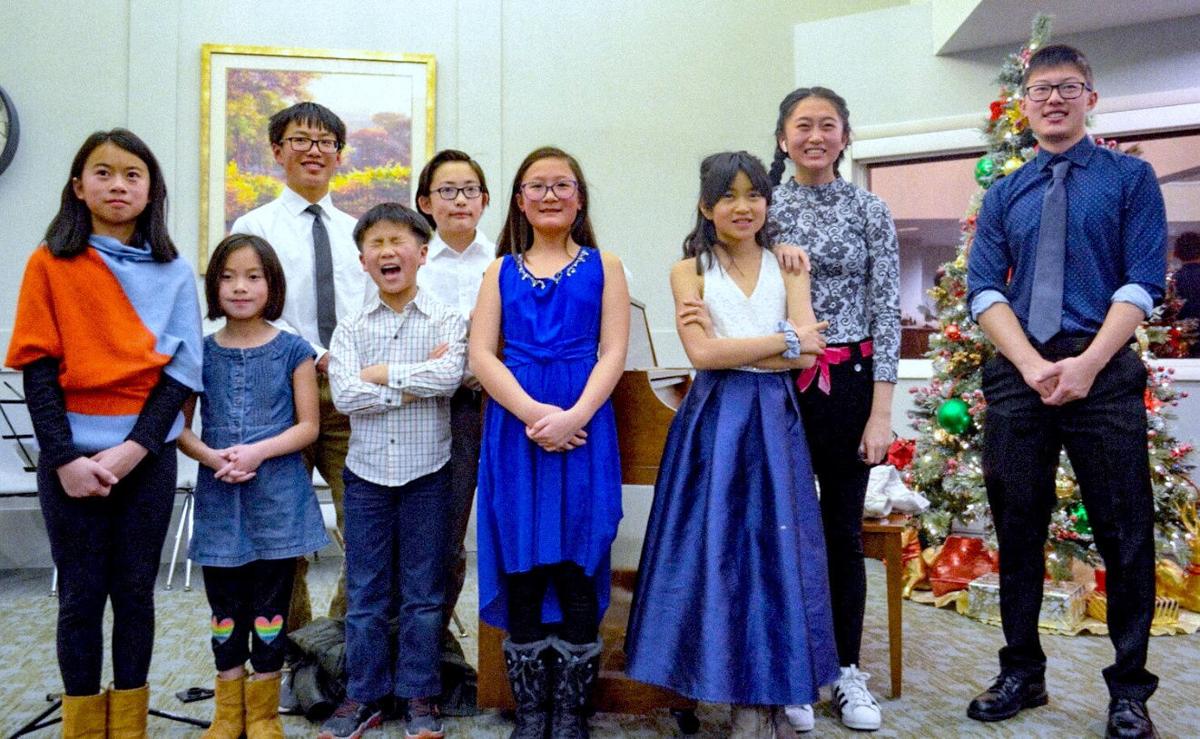 This program started with a lively Christmas duet by Jeff Wang and Peipei Wang. It is also the first show in public for a trio of violin, cello and piano by Acacia Yuan, Peipei Wang and Ethan Zhu after preparing for three months.

Tina Feng, who coordinated the event, said the program was started by Jennifer Ban and her family “with the encouragement of Mrs. Key at Edith Bowen Lab School.”

“After Jennifer’s class went to sing Christmas songs in her fifth grade class, she continued that tradition until she graduated,” Feng said. “From then on, we, as the Logan Chinese School, carried on that activity. It has been around for at least 10 years.”

About 10 kids of the Logan Chinese School performed in the Christmas concert this year.

“Thank you for the visiting. Your music cheered us up and warmed our hearts,” a senior citizen said with tears in her eyes. Jennifer, the 4-year-old singer, replied by saying, “I want to come again next year.”