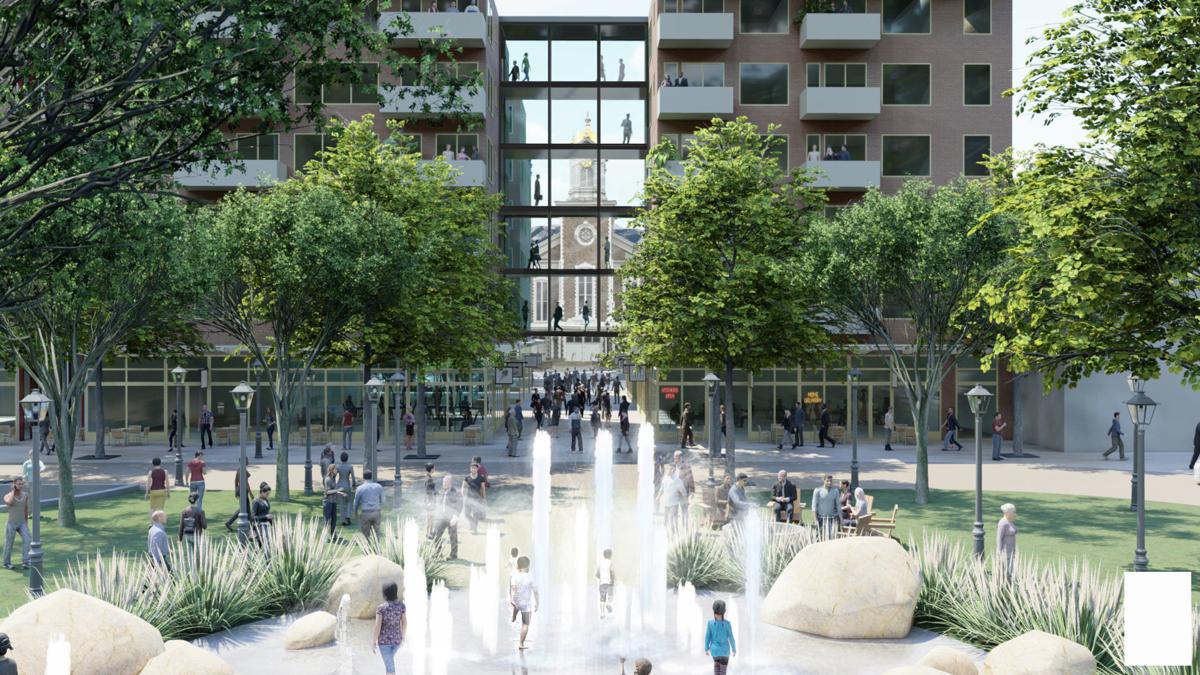 This computer rendering shows a group of USU students’ design contest entry for the Emporium property in downtown Logan. 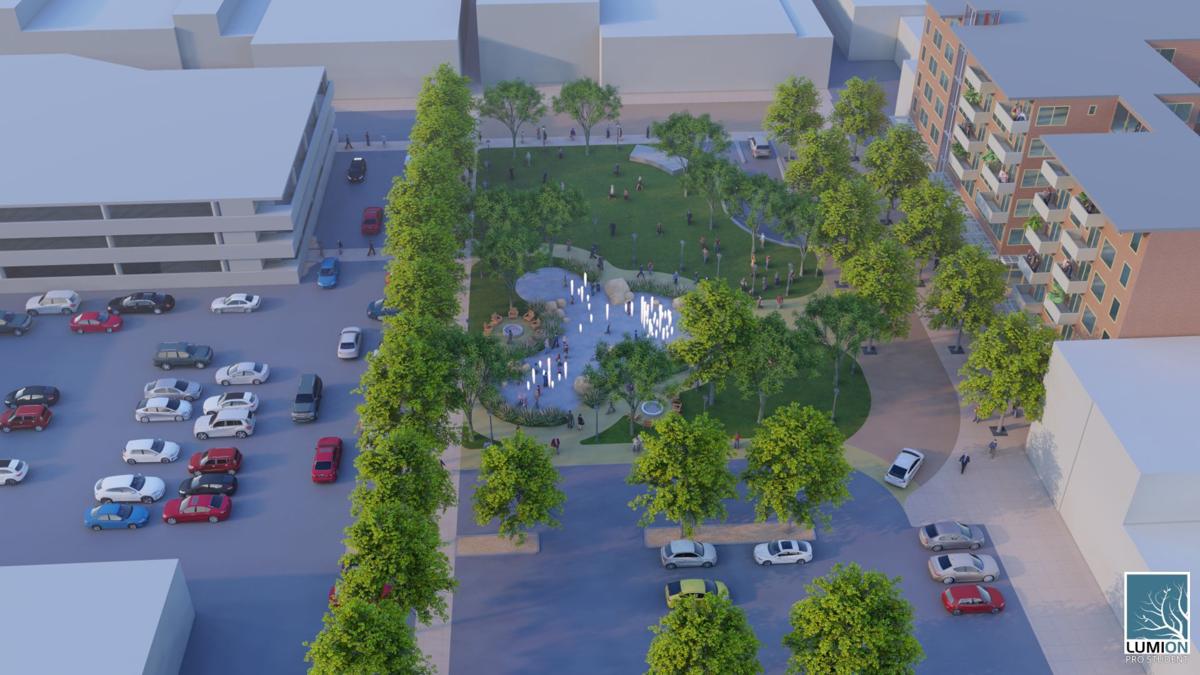 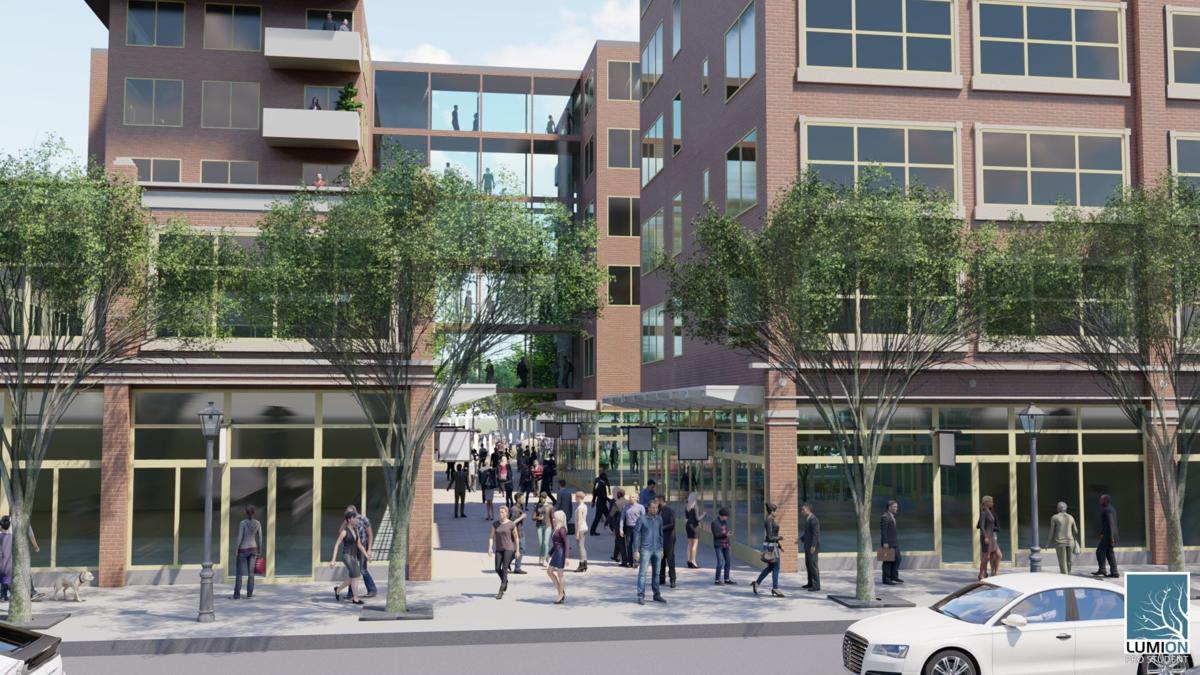 This computer rendering shows a group of USU students’ design contest entry for the Emporium property in downtown Logan.

This week, three teams of students from all over Utah will be presenting their proposed plans to remodel the Emporium in downtown Logan.

Former Mayor Craig Peterson announced three years ago that the city had purchased the Emporium with the hopes of making way for a new library and community center. Since then, Mayor Holly Daines has spoken publicly about the location, most recently in her State of the City address in January, and in 2018 announced Cowboy Partners to be the developer behind the project.

Now for the first time ever, the Utah Real Estate Challenge, an annual intercollegiate competition for students throughout Utah, has decided to team up with Logan to assess the needs of the community and create proposals for Cowboy Partners to use as influences. The competition is in partnership with the Ivory-Boyer Real Estate Center and the David Eccles School of Business at the University of Utah.

“This is the first time the competition has had only one site, so the entire state is looking at this location,” said Todd Johnson, an associate professor in the Landscape Architecture and Environmental Planning department at Utah State University.

“It’s pretty cool that the whole state and bankers are looking at the unmet needs in Logan,” Johnson said. “USU’s team has an advantage because it is familiar with the area and the history of downtown.”

The team from USU is one of three teams presenting at the Little America Hotel in Salt Lake City on Wednesday in the final rounds of the competition. The winning team will receive a grand prize of $20,000.

“We kind of used what was told to us by the Mayor about what she wanted to see and then started brainstorming ideas,” Miskin said.

Their plan transforms the 3.5 acres in and behind the Emporium site, tucked between the Civic Center and the Historic Theatre District, into mixed-use residential land with 85 residential units, 370 parking spaces and retail units below.

“For retail we really wanted to focus on food,” Miskin said. “So, we talked to Aggie Ice Cream and they said they would be willing to have an ice cream shop there. We talked to others, like Mark Lunt, the owner of Island Market, and even though we weren’t actually selling the spaces, they were really interested.”

The proposed plan would have a cut out through the building with lines and area to cross the street to the Tabernacle. Behind the building would be a courtyard with a water feature and a corridor.

“There’s a stage with a lawn for open events,” Miskin said. “The parking lot would be a bigger area for events, and we thought about relocating the farmer's market here or food truck rallies or local concerts.”

The plans also include a parking structure and underground parking in the building to accommodate events and the residents that would be added as well.

“We included a new concept of microunits on the second floor,” Pong said. “Each unit would be 300 to 400 square feet that are pre-furnished, and they’d be used for temporary homes for visiting businessmen or Airbnbs.”

Above the second-floor units would be larger apartments for adults whose children are all grown up.

While these plans are just for the competition, the students treated them as real as they could, since they will be passed along to the actual developers.

“We are one of the few teams that are just undergraduate teams,” Swenson said. “We don’t have a class structure that is solely focused on this. We had to go out and network and put ourselves out there while other teams had those advantages.”

Pong said that the group had to dig into the analysis and determine what was in the project, meaning what the city would want and what the developer wanted.

“It’s been a unique experience because we are trying to incorporate different aspects,” Swenson said. “It helped me realize what I didn’t know about realtor development.”

The team said that a lot of changes were made throughout the process, which officially started in January.

“We had to be mindful of what it takes to make these things a reality,” Miskin said. “It helps you see what the limits are and what is possible. We would go back and forth after realizing some aspect was wrong.”

Ultimately, the groups’ plans didn’t include a library.

“Mayor Daines views this as the catalyst of the revitalization of historic downtown,” Swenson said. “We are creating an environment that people will want to hang out in. It’s all focused on revamping that area.”

The group said that keeping the integrity and historic feel of downtown was vital to their plans.

“We wanted to be able to tie it into the character on Main Street,” Miskin said.

“It couldn’t look like a new shiny glass box because people wouldn’t like that,” Pong added. “We divided the facade into two pieces, and we added a lot of details to imitate what a historic facade would look like.”

Teams of students made it through various rounds of judging and in late February the field of contestants was narrowed to three teams. Second and third place teams will receive $10,000 and $5,000 respectively and the winners will be announced on Wednesday.