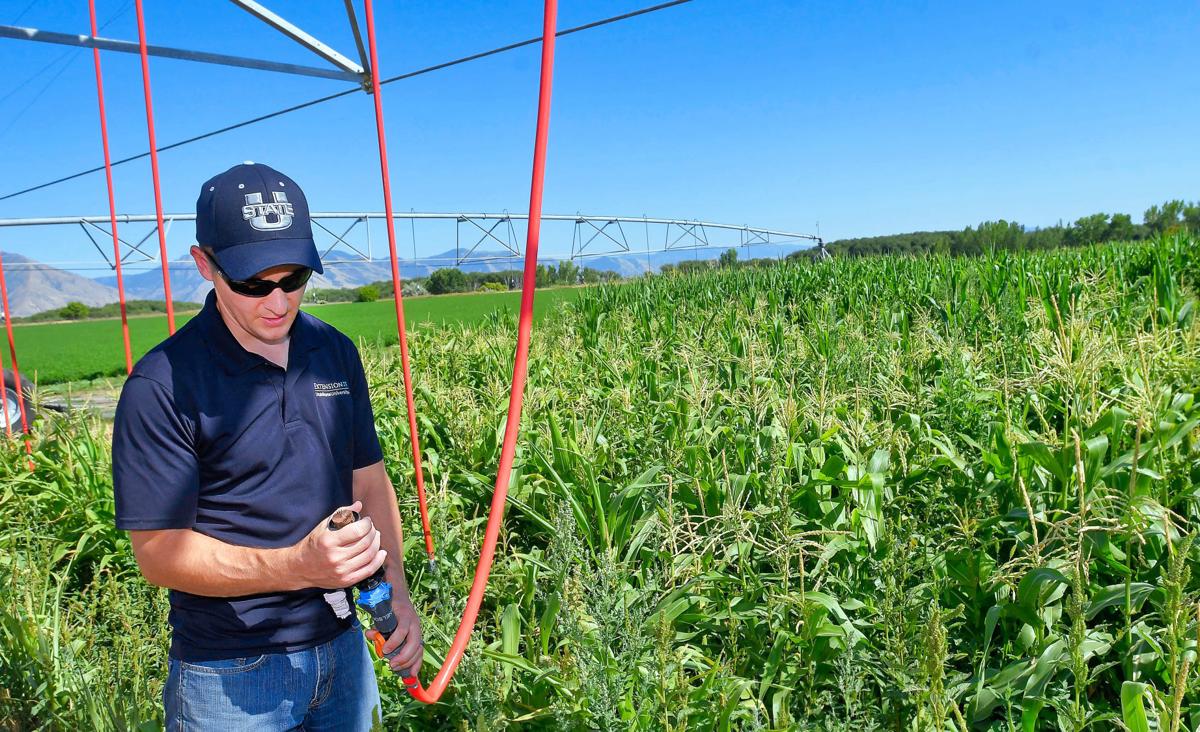 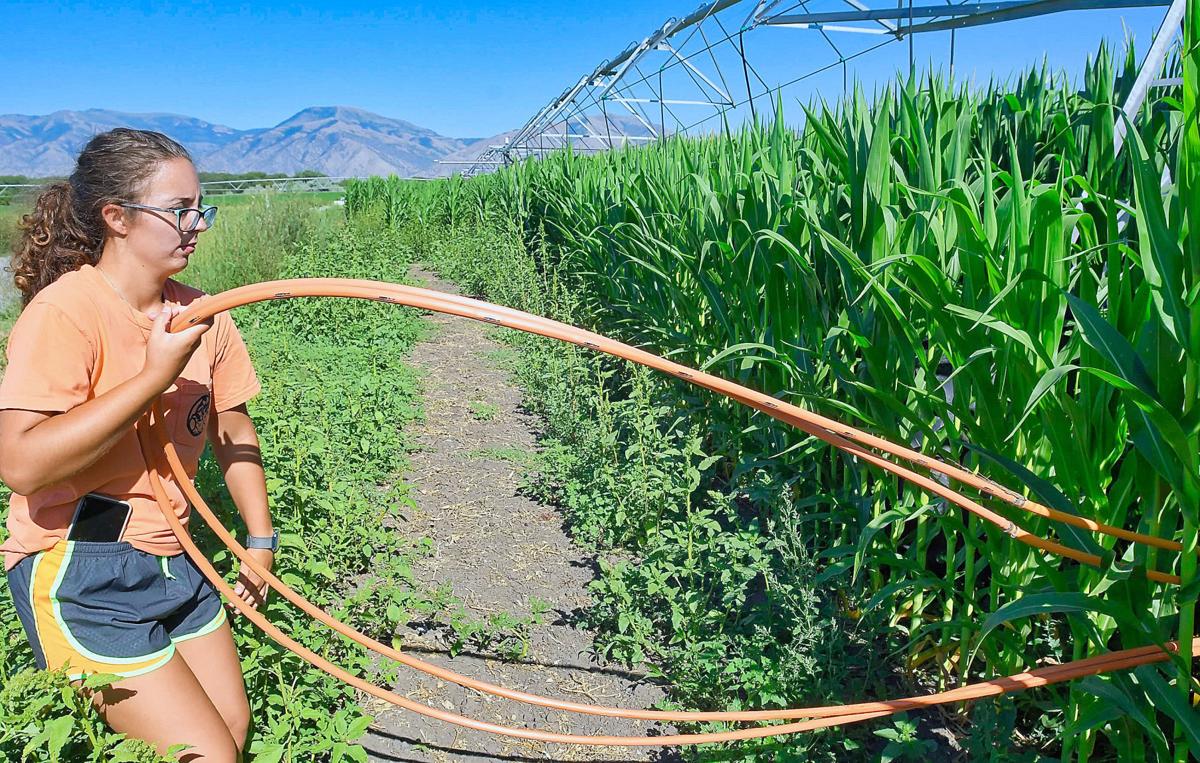 Today, state agencies are asking Utahns to reduce water use during the heatwave as the drought’s hold on the state tightens. Researchers at Utah State University have similarly been studying how much of a water reduction crops can handle before impacting yield.

“Utah is the second-driest state in the nation, and it’s rapidly growing,” said Jody Gale, a USU Extension associate professor, during a virtual field day for the program on Tuesday. “And ag draws on that limited water.”

The results from the research a year and a half in the making have been surprising, according to Matt Yost, an assistant professor at USU in charge of the water optimization study. The team changed out old sprinklers and tested whether various heights — such as mid-elevation, low-elevation or drip systems — were the most efficient way to limit water use without affecting yield.

“We’re looking at lots of different combinations and so we want to assess all those combinations and say, ‘which are most ideal, which optimize water in the best way and which are worth investing in?’” Yost said. “We’re trying to use the best irrigation technology that’s available, the best genetics available and some of the best soil management practices that we know about, so when we put all those things together, we know what’s the maximum potential for us to to utilize water and use it in an efficient way.”

The hypothesis was newer and lower-elevation sprinklers would mean more water would actually get to the plants and the soil rather than evaporating and being transported through the air, while also avoiding over-watering in such a drought-prone state, therefore using the water in a more targeted approach.

“But what was surprising is that we thought that some of these irrigation technologies, these advanced technologies should be a little bit more efficient water applications,” he said. “So when we reduce the rate, they should do a little bit better job and maintain yield. We didn’t see that last year.”

Some equipment was past-due for replacement, such as sprinkler heads that were no longer spraying correctly due to moss and debris being sucked past the filter and clogging. But for the most part, replacing old sprinkler heads — some that could have been more than 20 years old — for new ones didn’t seem any more effective when the data was analyzed.

Right now, Yost said, they’re having a hard time seeing whether the cost of the systems outweigh the benefits.

“But we’re hoping that we start to see some of that so that we can help farmers make decisions about whether they should invest in some of these technologies, and what kind of value and benefit it would have to their operation.”

Less surprising was the data showing with restricted use of water, yield would decrease, though Yost said it was only a little decrease.

But last year’s results may have been skewed by weather.

“We did have a wet spring,” Yost said. “We had a lot of precipitation early in the year, and so it was wet, which caused us to plant later, but I guess I was really surprised that we could cut back 50% in our irrigation treatment … and we grew a really healthy crop of corn, a high-yielding crop of corn.”

While Yost said the results were surprising, they’re not conclusive as the researchers have yet to harvest this year’s crop to compare. Trent Wilde, also with USU Extension, said the weather in 2020 has been closer to the severe drought seen in 2018.

Yost said the study is about halfway through, based on current funding, but his goal is to continue researching for more long-term data on drought tolerance. Which is also something USU Professor Bruce Bugbee said is necessary to fully understand the concept of water optimization in the midst of changing weather and climate.