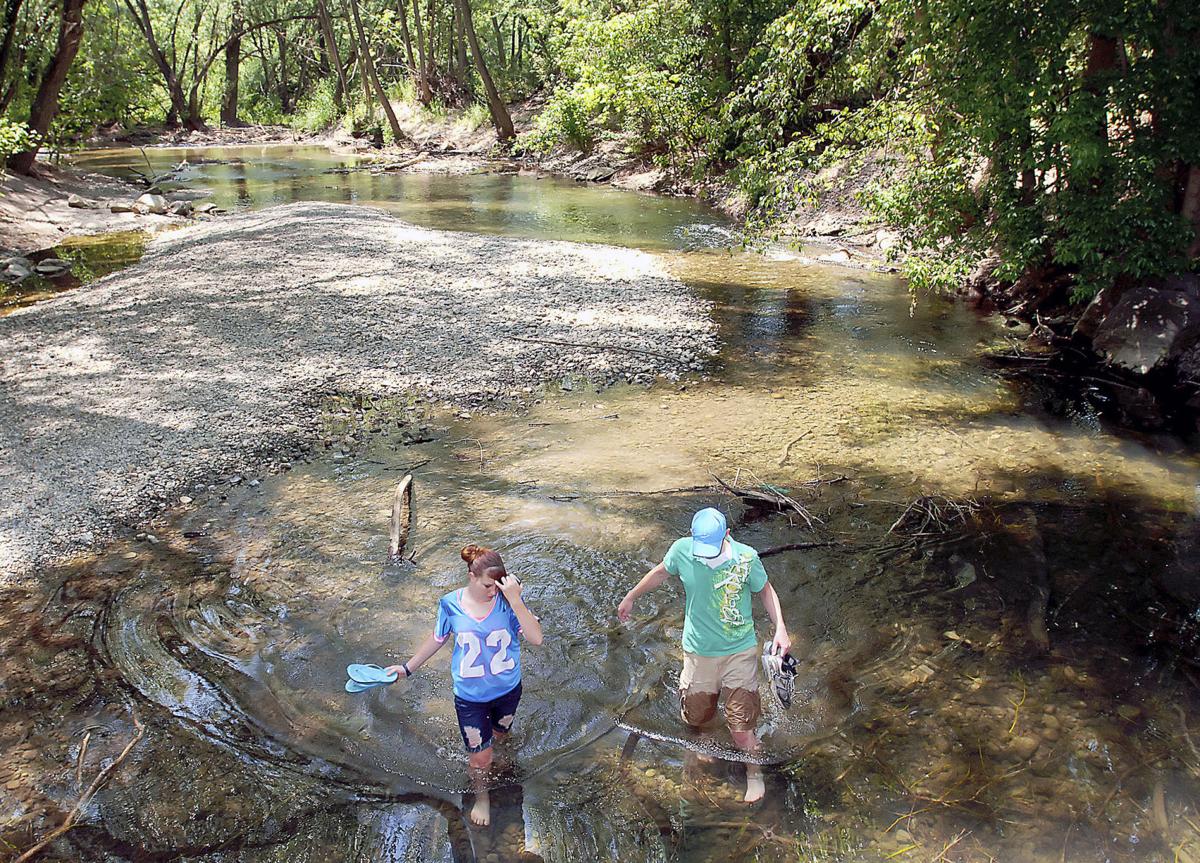 Kaylee Long, and Jason Earl wade in the Logan River near Rendezvous Park in this 2013 file photo. 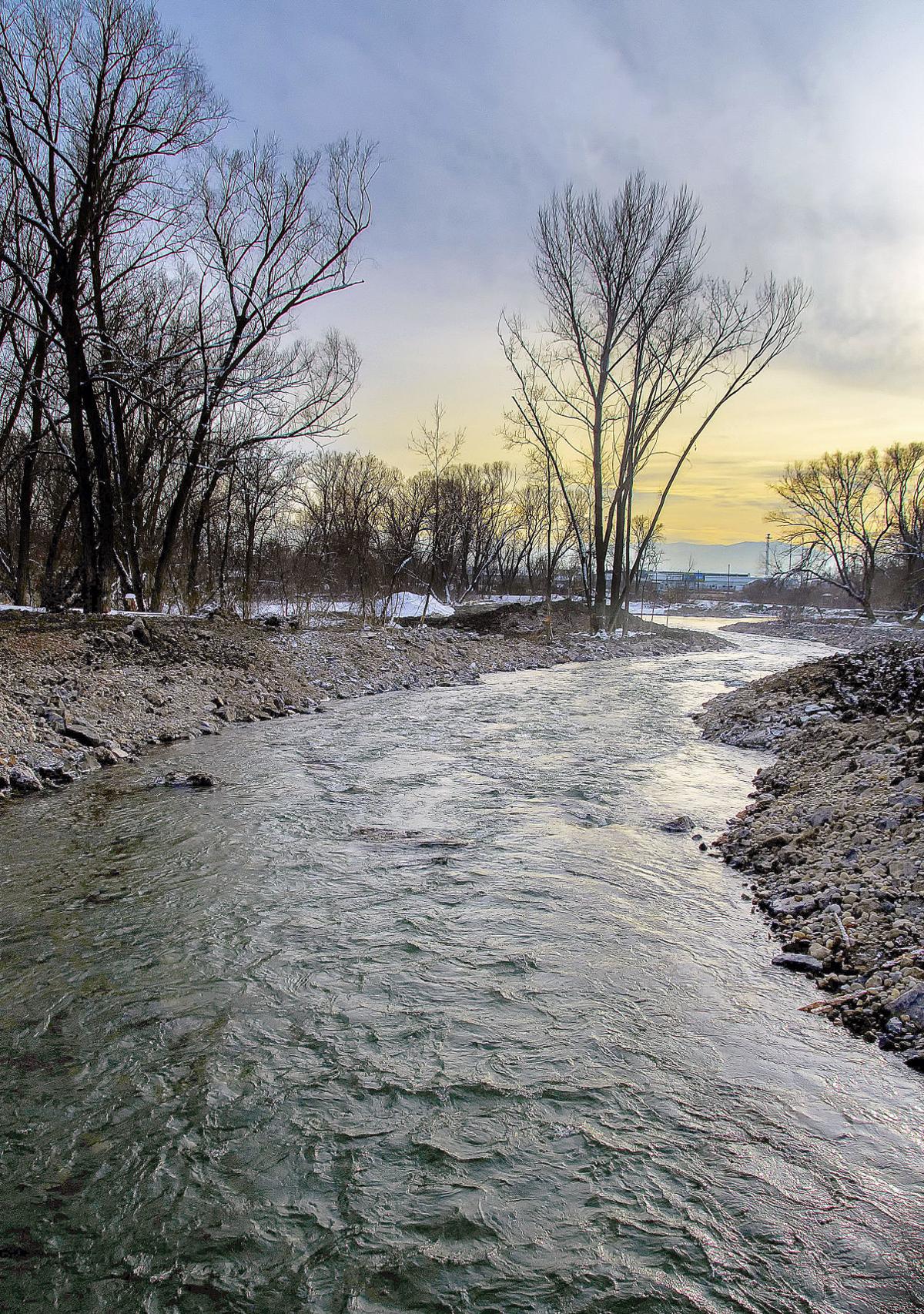 The Logan River has been rerouted along the golf course as seen in this 2017 file photo. 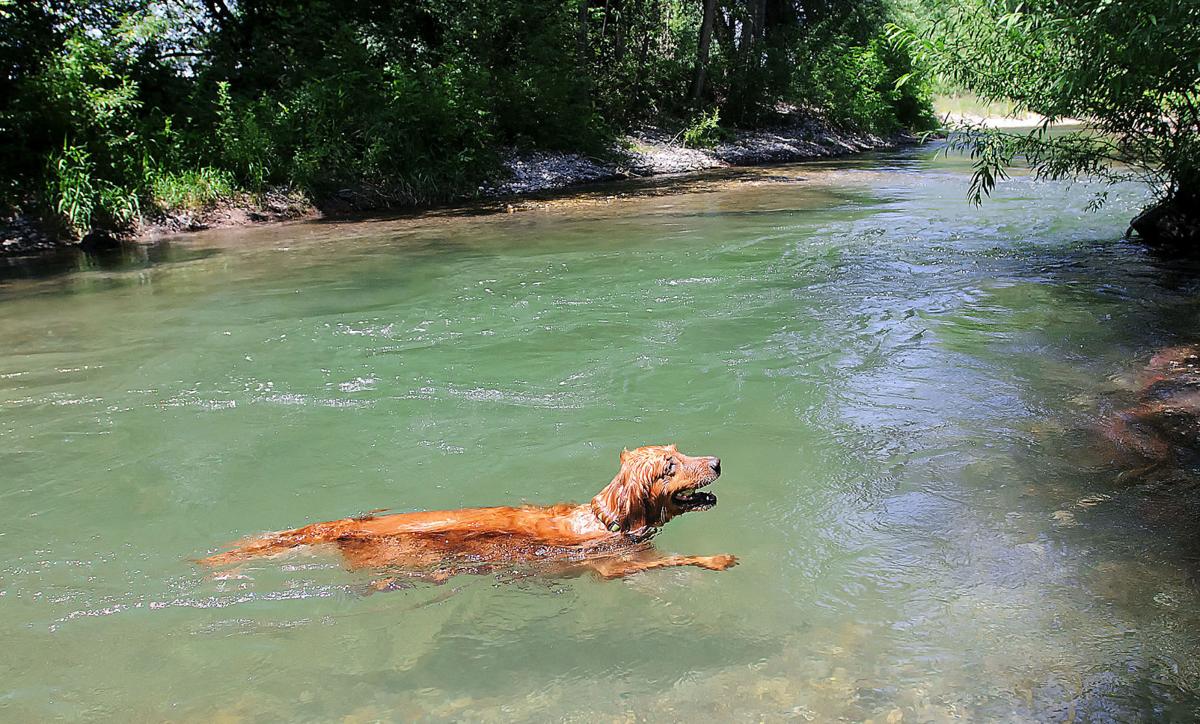 Harvey cools off by swimming in the Logan River while playing fetch with his owner Brenden Buttars near Rendezvous Park in this 2016 file photo.

Kaylee Long, and Jason Earl wade in the Logan River near Rendezvous Park in this 2013 file photo.

The Logan River has been rerouted along the golf course as seen in this 2017 file photo.

Harvey cools off by swimming in the Logan River while playing fetch with his owner Brenden Buttars near Rendezvous Park in this 2016 file photo.

While tubing in the canals of Cache Valley was once a summertime staple, closures eventually stopped the flow of people. Now, Logan River advocates and city officials are coming together to bring the popular pastime back.

This idea of a “blue trail” has been floating around for about a year, but the presentation of the master plan means that those who have been spearheading the planning can now approach local government entities for adoption and potential sponsors for funding.

Frank Howe, the chairman of the Logan River restoration task force, has been involved with the idea of a “blue trail” since its conception.

“It’s a community trail, but it’s a water trail — more of a paddle trail,” Howe said. “We are proposing to use the trail for canoes, kayaks, paddle boards and inner tubes. Whatever floats, works. We are hoping this promotes people’s appreciation of the river, use of the river and stewardship of the river.”

According to Howe, the master plan accounts for parking, restrooms, ramps and other accessibility and safety considerations. He hopes to have the river connect parks together, starting with Rendezvous Park and Trapper Park.

Eventually, the goal is to have the blue trail go from First Dam down to the west side of Cutler Reservoir. With 13 potential access points, Howe said the river could provide anything from kayak day trips to a quick paddle for the whole family.

As a wildlife biologist, Howe has always looked at the Logan River from an ecological perspective as he has worked to build habitats along the river. He also sees the social values of the river that have not been recognized.

“I don’t think we have always treated the river as the amenity that it is,” Howe said at the Parks and Recreation open house at Logan City Hall on Thursday evening. This event gave community members an opportunity to offer input on the blue trail as well as other projects the Parks and Recreations department has been working on.

“By putting these landings in along the river, there are access points for everyone,” Howe said. “I think it will be an important addition in order to balance the social and ecological values of the river.”

The river has been known to be a little unreliable with water levels, which can be a concern, Howe said. The irrigation needs of the valley can also impact how much water is in the river during the summer, which could be a prime kayaking and inner tubing season.

Howe said he is working with the Cache Water District in order to find a solution that would benefit everyone.

Many of the comments on Thursday night came from people who have lived in other communities before Logan and they had experienced this blue trail concept before, Howe said.

“People have seen it work well in other places,” Howe said. “That is encouraging to hear.”

“The more we get people out there enjoying the river, the more they will respect it and help us clean it up,” Howe said. “I am pretty optimistic that it will work out.”