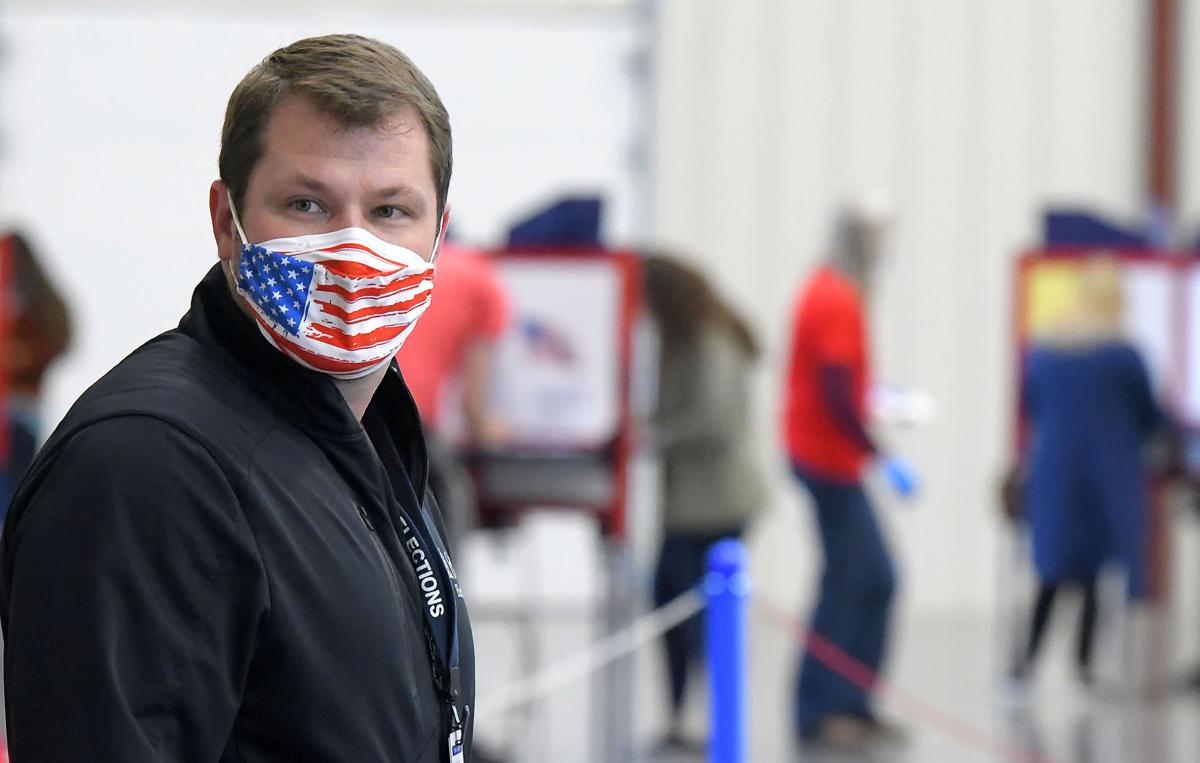 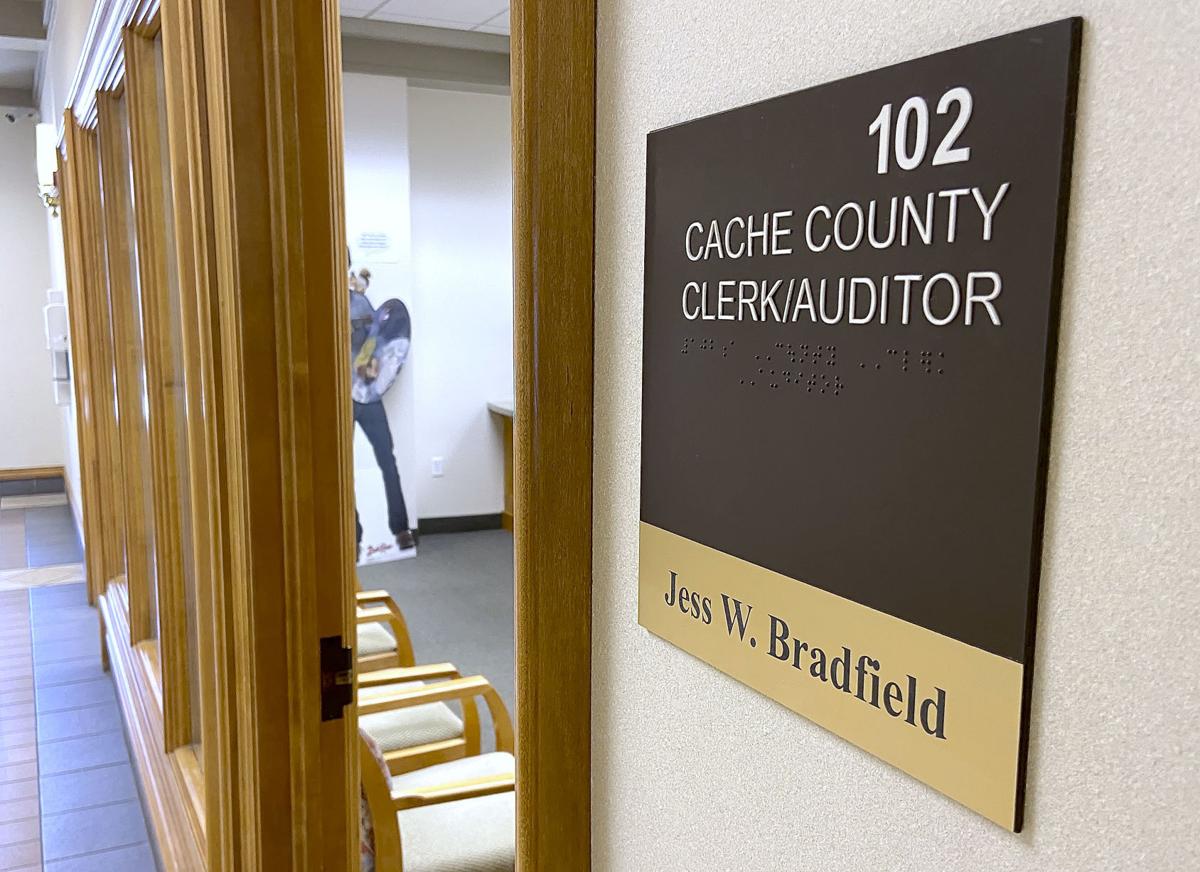 A sign hangs on the wall outside of the Cache County Clerk/Auditor office on Friday.

A sign hangs on the wall outside of the Cache County Clerk/Auditor office on Friday.

The Cache County human resources department is conducting an investigation into the exodus of five permanent female workers from the county clerk’s office since the beginning of 2021.

The Herald Journal also learned this week that disruption in the clerk’s office prompted a group of employees in other offices to approach the county administration with concerns about job security when new officials are elected.

County Executive David Zook said he requested the investigation in response to two written complaints about the work environment in the clerk's office along with his own concerns about high turnover there since Jess Bradfield took over as clerk last September following the mid-term departure of Jill Zollinger.

“Based on those changes and those letters, I requested a human resources investigation of the clerk’s office, and that investigation is ongoing. It’s not complete yet, but when it is, the results of it will be public,” Zook said this week.

Bradfield said he welcomes the review but declined to address any specific allegations against him.

“This review is an HR matter and the County Executive would be better positioned to comment. Since one of my key objectives for this office is transparency, I welcome their review,” Bradfield wrote in a statement. “When I ran for County Clerk/Auditor, I made a commitment to bring about needed changes. I believe that is a key reason I was elected to serve in this position. Change is often uncomfortable, but my first priority is serving the people of Cache County.”

Not included in the investigation is the resignation of Chief Deputy Clerk Kim Gardner, who left the county last November with a $97,000 out-of-court settlement from Cache County following what she portrayed as mistreatment from Bradfield, her opponent in a special Republican Party election to choose Zollinger’s successor.

“Kim didn’t really work with Jess. It didn’t last that long,” Zook said, explaining that the human resources review is focusing on the five other departed employees — one full-time and four part-time — who have walked away from their jobs since the first of the year.

The investigation involves in-person interviews with each of these women in addition to all of the existing employees in the office, Zook said. One of the departed employees who has already done an interview said she was presented with five written questions covering topics related to the workplace plus possible employee harassment or unfair treatment.

The Herald Journal has spoken with three of the five ex-workers, and those three reported feeling pushed out of their jobs by Bradfield, who launched a revamping of clerk operations that included reducing and rescheduling experienced part-timers’ hours while at the same time bringing in temporary workers with no knowledge of clerk’s office procedures. Other workers with experience were hired away from the Utah County Clerk’s Office.

“I felt like he was going to continue to cut hours until we weren’t working there, so I just stepped aside so he could find what he wanted,” said Janet Lott, who worked elections for the clerk’s office for more than two decades and held a permanent part-time position the past three years.

The last of the departing part-timers, Kristie Cooley, explained her decision to resign without another job prospect this way:

“I couldn’t take another minute. I no longer felt that I was emotionally safe, that I was appreciated, that I was respected. I tried very hard to adapt to his changes, but I couldn’t endure any more.”

Cooley, who had worked in the clerk’s office in varying capacities for 25 years, left last month on the same day as full-time Deputy County Clerk Diana Olsen, a 12-year employee passed over for a promotion to chief deputy clerk after Gardner’s exit and settlement. Olsen transferred to the Cache County Sheriff’s Office and has declined to make a public statement on the matter.

In an appearance before the Cache County Council last December, Bradfield addressed the subject of part-time work arrangements in his office, saying, “That’s a tricky position where if that’s who you are relying on, and those are the only individuals trained, then if they leave you have a complete brain drain, is what I call it. And in the county we can’t afford to have that.”

Shortly after Cooley and Olsen moved on, County Executive Zook received a letter of concern from what he characterized as seven to nine employees working directly under the county assessor, treasurer and recorder — the county’s other elected officials apart from Zook and Sheriff Chad Jensen.

“They were concerned about the future of their job security working for an elected official,” Zook said. “Their impression was that they saw an elected official’s office where the office holder changed and the subsequent turnover of staff in that office … and they asked, ‘What protections do we have if something like that happened in our office and our elected official were to change?’”

Zook said he made immediate arrangements to meet with the group and spoke with them about the dynamics of county government and about how the only people with authority to fire an elected county official are the voters.

No action resulted from the meeting, and it is not clear what the human resources investigation might result in beyond providing a full, open airing of grievances. Zook said only one interview remains, so a report should be forthcoming soon.