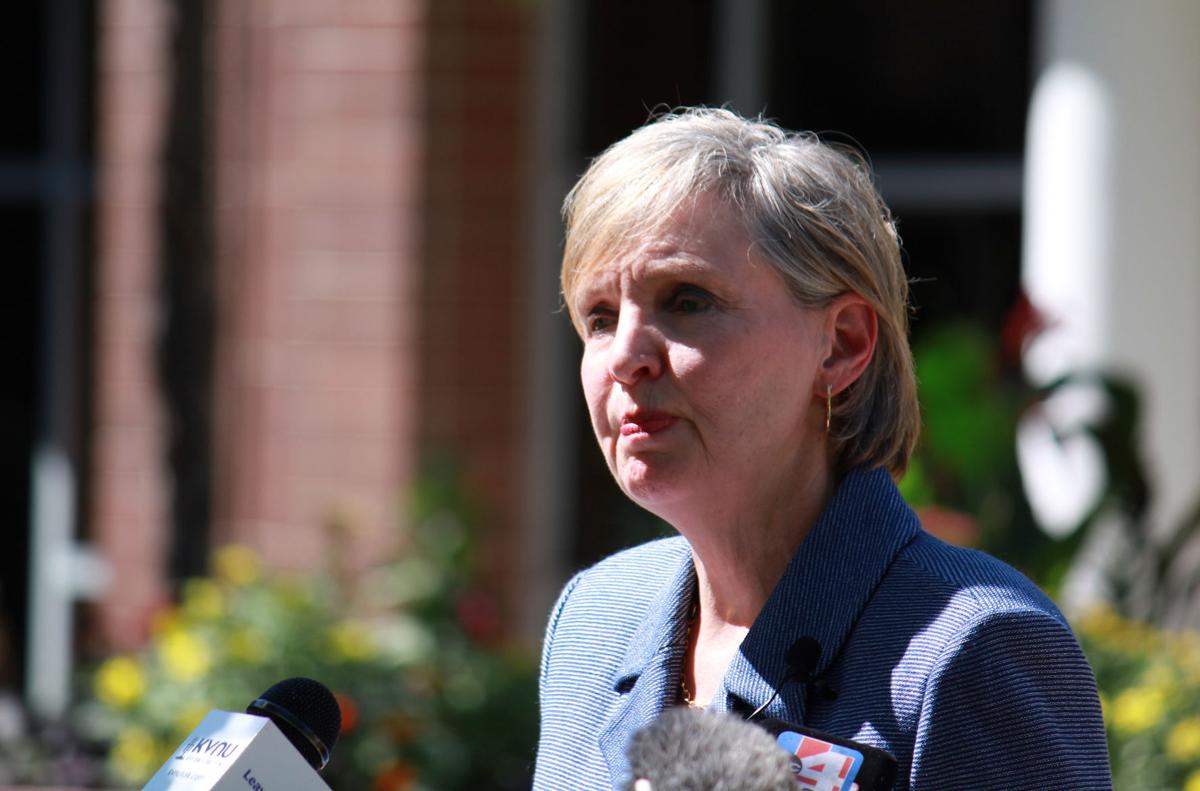 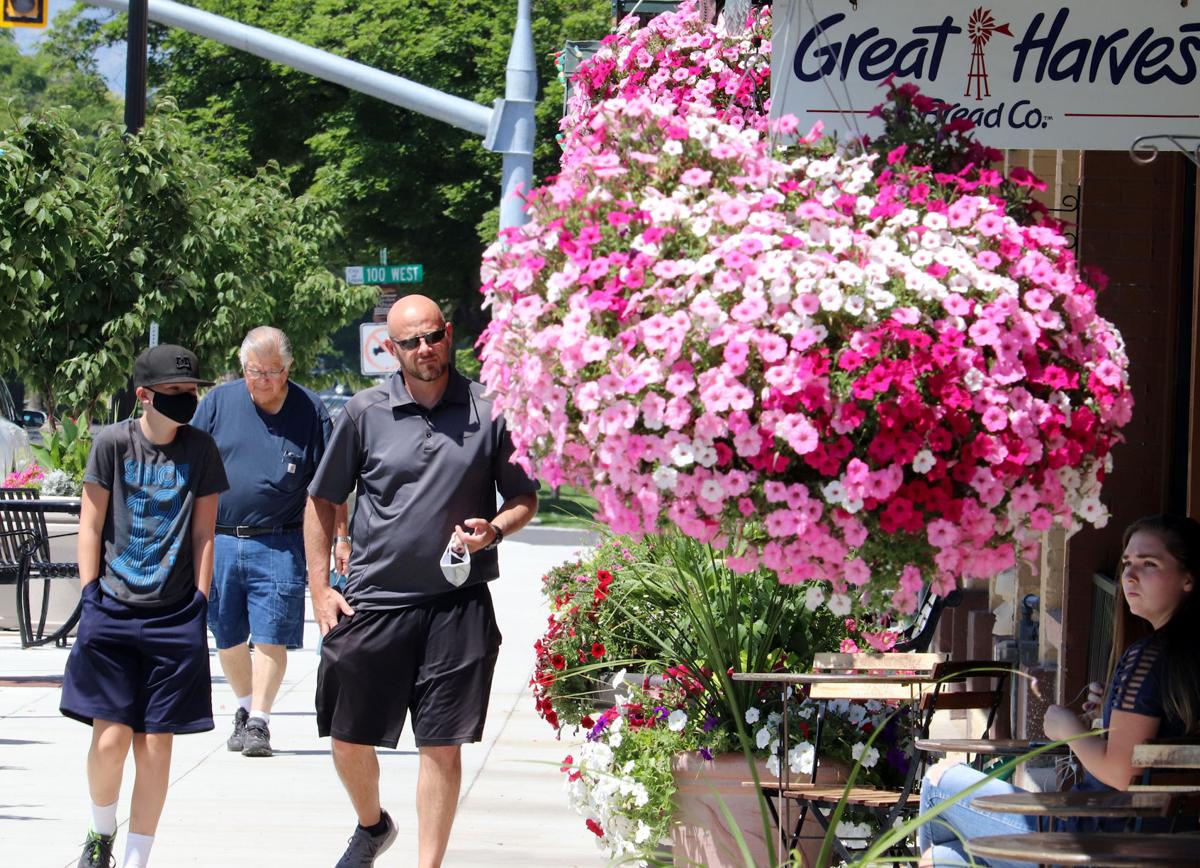 People walk down the sidewalk on Center Street in Logan on Thursday afternoon. A citywide rule mandating masks in public when social distancing is not possible is expected to go into effect on Aug. 1.

People walk down the sidewalk on Center Street in Logan on Thursday afternoon. A citywide rule mandating masks in public when social distancing is not possible is expected to go into effect on Aug. 1.

People in Logan will soon be required to wear a mask when social distancing is not possible after Gov. Gary Herbert approved a citywide mask mandate Thursday.

“It is a little bit proactive because our numbers are reasonable,” Logan Mayor Holly Daines said in a press conference on Thursday, “but I think an ounce of prevention is worth a pound of cure.”

The mandate is set to take effect at 12:01 a.m. on Aug. 1. Logan Mayor Holly Daines sent the request to the governor last week, and Thursday morning the Utah Department of Health tweeted out the request’s approval.

Daines once again stated the purpose of the mandate is to help keep cases in the city low, especially since thousands of Utah State University students will begin returning next month. She said efforts to retain in-person learning in schools is one of her highest priorities, and according to Logan’s Superintendent Frank Schofield, the next month is “critical” to ensure schools reopen as planned.

“I want that to happen,” she said. “I want there to be in-person learning. I want our businesses to stay open and our economy to continue going so we don’t have these shutdowns again.”

Although the overall purpose of the mandate is for education and consistency between schools and the rest of the community, Daines said if someone is a repeat offender or is extremely belligerent, it is possible they could be cited with a Class B Misdemeanor for the offense.

People would be required to wear masks indoors or outdoors in situations where social distancing is not otherwise possible, though the mayor has said there will be exceptions.

Those who have a medical or psychological reason for not wearing a mask, as well as children under age five, are exempt from the mandate. Masks are not required in cases where maintaining a 6-foot-distance is possible, especially when outside, though Daines recommends carrying a mask just in case social distancing becomes a challenge.

The mandate has been met with mixed emotions ranging from support to calls to boycott businesses in the city for those without a mandate, and it appears unlikely that the Cache County Council will request a similar mandate.

In an interview with The Herald Journal prior to the Daines’s letter requesting the mandate, Dr. Ed Redd, an internal medicine physician in Logan, said wearing masks should be a community effort.

The current mask mandate will last 30 days, but Daines said she will request the Logan Municipal Council extend the measure to coincide with USU’s decision to make masks mandatory through the end of the year.

Springdale in Southern Utah is the only other city with a mask mandate. In Salt Lake and Summit counties, countywide mandates are in effect.