The Guinavah Amphitheater as seen on Sunday will have some renovation work done. 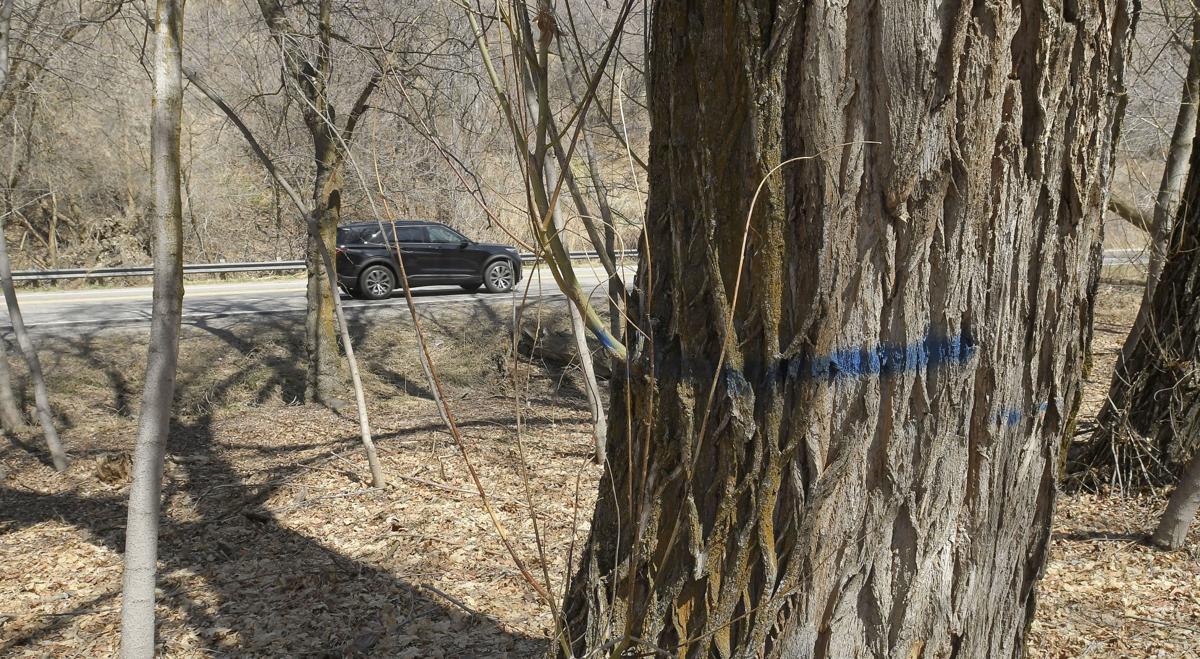 Trees are marked for removal at the Guinavah-Malibu Campground as seen on Sunday.

The Guinavah Amphitheater as seen on Sunday will have some renovation work done.

Trees are marked for removal at the Guinavah-Malibu Campground as seen on Sunday.

A popular campground up Logan Canyon is getting a complete makeover thanks to new federal funds, Uinta-Wasatch-Cache National Forest officials have announced.

The Guinavah/Malibu campground will receive a little over $2 million from the Great American Outdoors Act for a host of renovations, including expanding parking space and a repaired amphitheater. The GAOA legislation “responds to the growing $5 billion backlog” of deferred maintenance on outdoor projects, including $1.5 billion worth of items like campgrounds, according to the U.S. Forest Service’s website.

In an interview, David Ashby, recreation manager with the Logan Ranger District, explained how these types of maintenance projects differ from smaller ones.

“It’s pretty easy to go get some paint, fix a board here or there, nail it back on and fix the picnic table,” Ashby said. “But if all the picnic tables need to be replaced, that’s a much larger ticket item. That’s what we call deferred maintenance and that’s specifically what the Great American Outdoors Act money is targeted for.”

He added that some of the infrastructure in Guinavah/Malibu campground has been maintained for a while, but its life is not going to last much longer.

“At some point, you can’t fix it anymore; you just need to get a new one,” Ashby said.

He praised Congress for passing the GAOA and said the improvements made possible by the funds will improve people’s experience of the area.

“I want (people) to still be able to have the experience of the old historic campground,” Ashby said. “The facilities we put in will be similar to what was there before, newer and easier for us to maintain.”

Ashby noted the history of the space, saying it started out as a Logan park in the late 1800s. But when the U.S. Forest Service was established in 1905, the agency took ownership of it. The amphitheater was built by the Civilian Conservation Corps in the 1930s.

“It’s a very historic site — that’s one of things we’re being very conscious of and careful about,” said Ashby, who noted the campground is on the National Register of Historic Places. “So, when we do the work in there, we have to … (be) really conscious about making sure we don’t take away from that historic character.”

Mike Kuhns, USU Forestry Extension specialist, said he has never been camping overnight up Guinivah/Malibu, but he noted times he has visited. Kuhns has been there for seminars at the amphitheater and social events with the Forestry Club.

“Though I have not visited the amphitheater for many years, I remember that it looked cool and it was a special place — though it was very rustic,” Kuhns wrote in an email to the newspaper. “Hopefully that rusticity can be maintained as they work on needed renovations.”

Those renovations include improving the entrance of the campgrounds, which will be moved off the highway “a little higher” than where it is now, according to Ashby. That project is being done in coordination with the Utah Department of Transportation, which did the traffic study to help officials assess the best-placed entrance.

“It’s a little congested where it is now, right across from the Wind Caves Trailhead,” Ashby said. “By moving it up the highway, it’s a better entrance point and safer for the public.”

Some old, non-native trees called crack willows at the campground will be removed, too. These trees number in the hundreds, according to Ashby, with some measuring 8 feet in diameter and 150 feet tall. Herald Journal staff spotted some of these trees with blue marks, which Ashby said he did himself to prepare for the cutting.

“When you get a wind storm, large limbs come falling out of those trees,” Ashby said, “and that’s not a good thing to have happen to the campgrounds.”

Smaller, native trees will eventually grow in place of the willows.

“So, it’s going to look a little different for folks for a while,” Ashby said.

Renovations on the campground and amphitheater are slated to start in September of this year and be complete by spring of 2022.