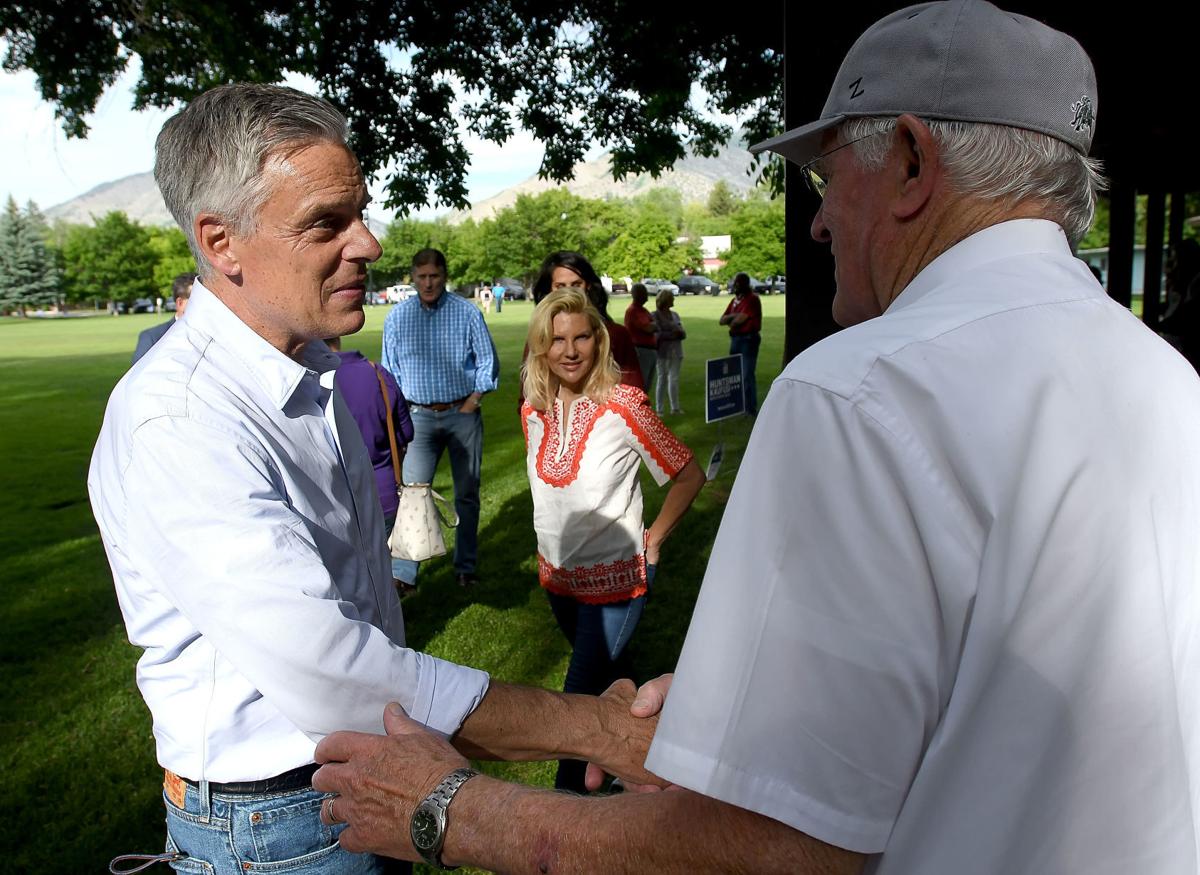 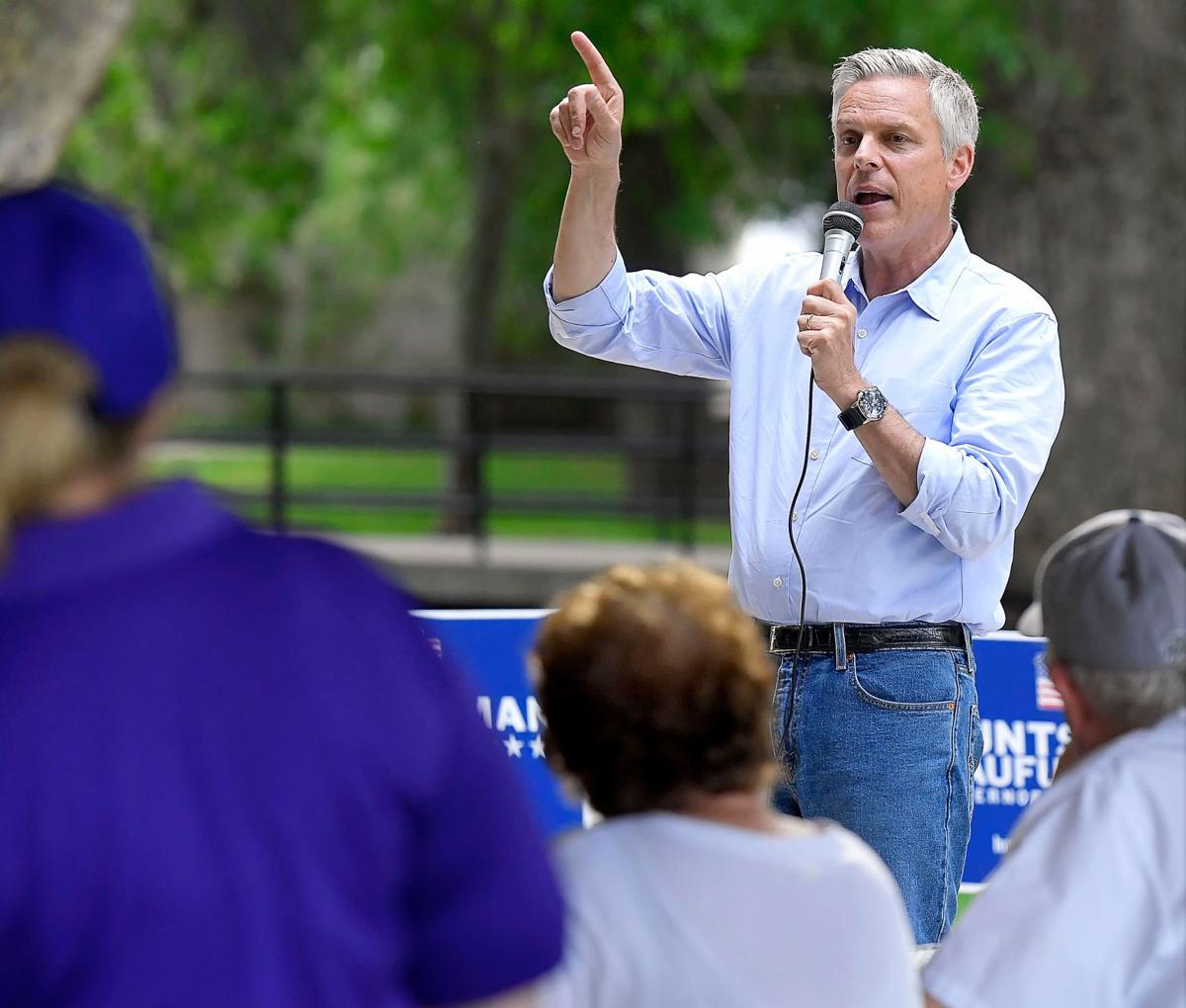 A Logan appearance on Thursday may be the last stop on Jon Huntsman Jr.’s gubernatorial campaign — he’s in self-isolation after being exposed to the coronavirus.

The Salt Lake Tribune reported on Friday the former governor was postponing all in-person meetings and entering self-quarantine after a campaign staffer tested positive for the virus.

The staffer did not attend the event in Logan as they had felt ill and were working from home before they received their result Thursday night, according to Holly Sweeten, the engagement coordinator for the campaign.

“They didn’t have COVID symptoms, they just didn’t feel well,” Sweeten said. “So we don’t know where they got it or if it was from the office. We’re taking all the precautions to test everyone in the office.”

Huntsman’s running mate, Provo Mayor Michelle Kaufusi, had not had prolonged contact with the staffer and still plans to continue attending scheduled events.

“I’m managing the third-largest city in the state right now, at about 125,000,” Kaufusi said. “During the pandemic, I’m boots-on-the-ground.”

Provo is home to a large population of Pacific Islanders, a group that’s been hard-hit by the coronavirus. For Kaufusi, it’s family. Her husband, Steve, is a Tongan immigrant.

Thursday’s meet-and-greet was outside at Merlin Olsen Central Park to allow for social distancing practices, though less than half of attendees wore masks, including those with the campaign.

Before and after speaking, Huntsman and Kaufusi met one-on-one with those in attendance to discuss concerns and campaign goals, namely increasing Utah’s gross domestic product, improving the economy and education.

“The world is coming unglued from an economic standpoint,” Huntsman said. “China is disrupted, and the supply chain is disrupted. I think, in the U.S., manufacturing is going to move like in World War II.”

This leaves the door open for Utah to become an economic hub, he said, especially considering the three sectors of his Utah Unlimited plan: biotechnology, defense technology and financial technology. Huntsman said by focusing on these sectors, Utah could “more than double our state’s GDP from $180 billion to $500 billion,” which could increase jobs as well as funding for education.

While these sectors are largely dominated by larger companies in the state, Kaufusi said her experience in Provo has shown her the importance of helping small businesses. She said due to the coronavirus, many of the mom-and-pop shops in Provo are one paycheck away from losing their small business that they’ve dreamed about owning their whole lives.

“I’m right in the trenches,” she said. “He’s up here and has the clout and the connections to make the phone calls to get the money, and I have the ability to direct that money and say this is where it needs to go.”

Both Huntsman and Kaufusi named education and mental health initiatives as crucial to keeping Utahns successful.

“I didn’t know anyone who committed suicide growing up,” Huntsman said. “My sons have half a dozen friends who lost their lives. My sister lost her life.”

Suicide is the seventh-leading cause of death in Utah, and Huntsman said losing his sister made mental health a personal issue for him.

Kaufusi has been a champion of increasing funding to education, an issue she’s been passionate about since she and her family were recipients of the free-and-reduced lunch program growing up.

“My life experience growing up, that need to give back, is really there,” she said. “It tugs at me every minute of every day that I can do more, I can do better, and I can serve the underserved.”