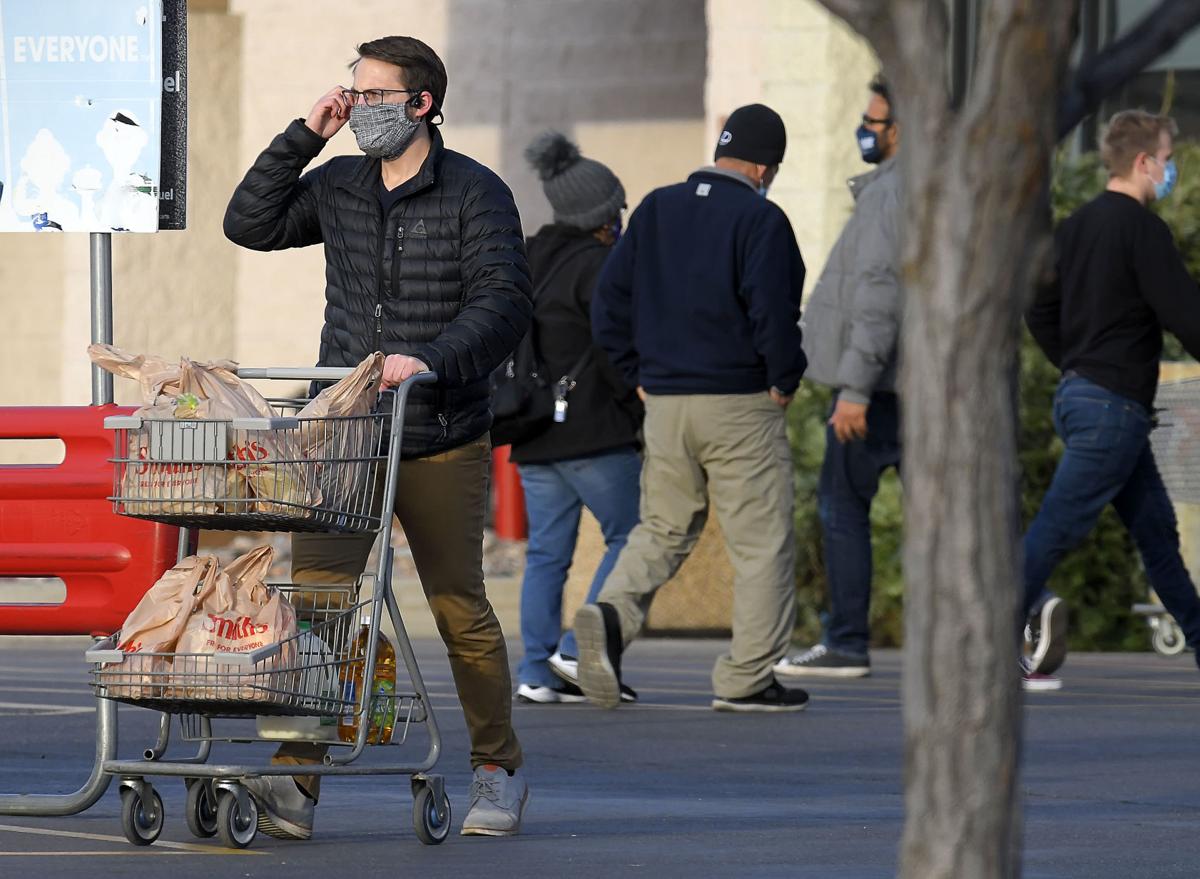 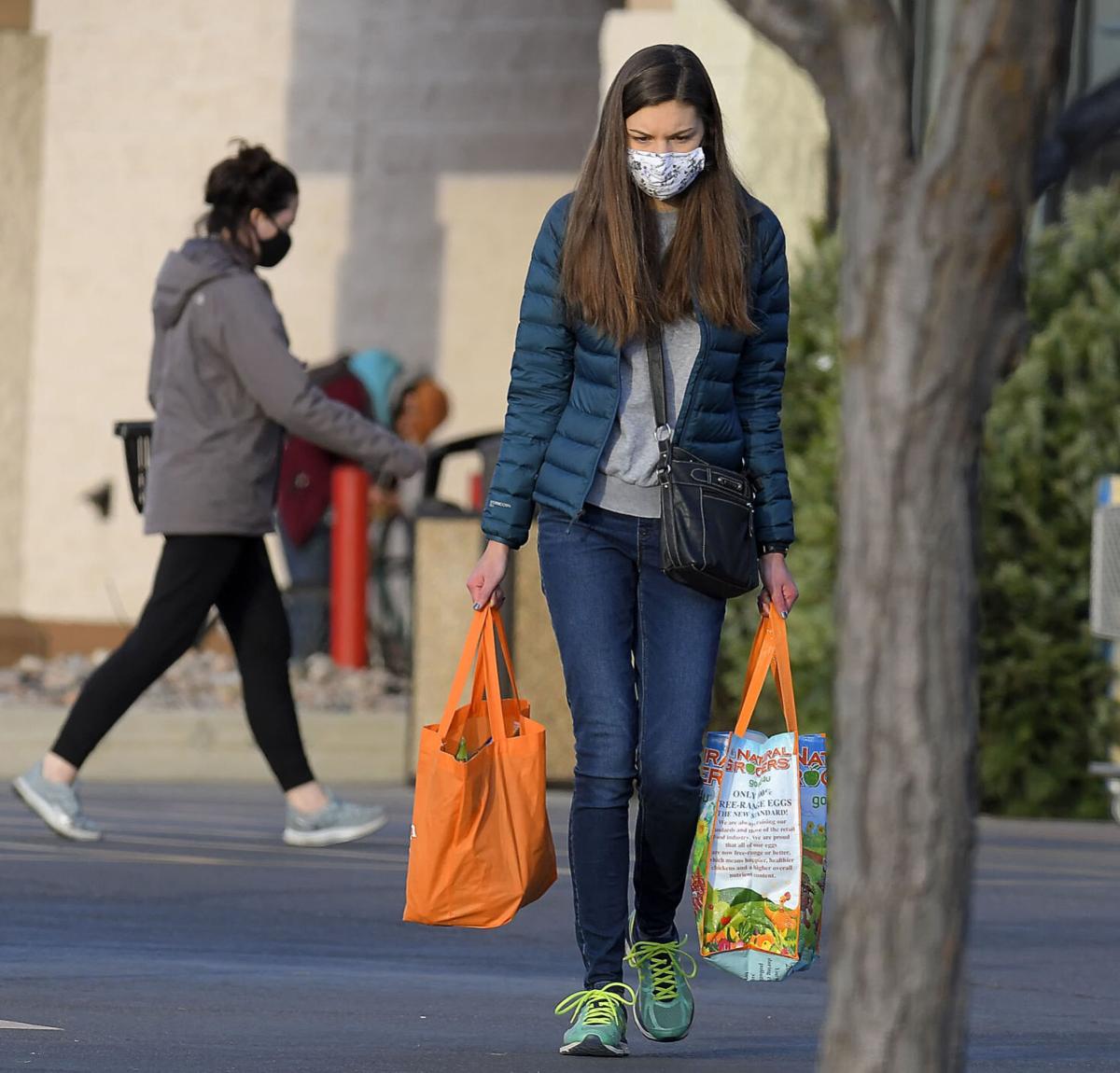 A shopper carries her groceries in reusable bags at Smith’s on Monday afternoon.

A shopper carries her groceries in reusable bags at Smith’s on Monday afternoon.

The city of Logan’s ban on plastic bags has been postponed for the second time during the COVID-19 pandemic.

In a unanimous vote, the Logan Municipal Council voted to defer implementation on the ban until Jan. 1, 2022.

“When we encountered COVID, the ordinance was delayed, or deferred, until this time, simply because stores have expressed that they would like to provide fresh and clean plastic bags rather than allowing citizens to come back with their bags and bringing them in the store,” said Logan Environmental Director Issa Hamud, “just to be cautious so that there would be no contamination coming to store and leaving it. It was for the safety of the public employees and everyone involved.”

In March, many stores across the United States banned the use of reusable bags in order to prevent spreading the illness.

Kroger stores, such as Smith’s on 442 N. 175 East and Smith’s Marketplace on 750 N. Main Street, have since started allowing them, but customers are asked to bag their own groceries to limit potential exposure.

As noted at the council meeting, Kroger’s website still has the goal of eliminating single-use plastics in its stores by 2023, despite the pandemic.

“I don’t know about any other major national chains that have identified it, but it does look like that’s still in the works, so certainly something that could still be happening here,” said Chair Amy Anderson.

While the Plastics Industry Association claimed that reusable bags can lead to spread of the coronavirus, there have only been three studies on contaminated bags leading to illness — and only one of them featured a virus rather than bacteria and analyzed the food within the bag rather than the bag itself.

Dr. Ed Redd, the medical director for the Bear River Health Department, would not “speculate on the bag issue,” but “emphasized the importance of good hand hygiene, especially after being out in public places” in a statement sent to The Herald Journal.

According to the Centers for Disease Control and Prevention, “Coronaviruses, like the one that causes COVID-19, are thought to spread mostly person-to-person through respiratory droplets when someone coughs, sneezes, or talks. It is possible that a person can get COVID-19 by touching a surface or object, including food or food packaging, that has the virus on it and then touching their own mouth, nose, or possibly their eyes. However, this is not thought to be the main way the virus spreads.”

In addition to any perceived impact on a safer shopping experience for customers and clients, the delay will give the Solid Waste Advisory Board time to revisit a countywide plastic reduction plan — which Anderson pointed out was the primary reason the council passed the initial resolution on Dec. 4, 2019.

“I felt like it was a fallback position,” he said. “I am supportive of the quote-management plan. … I think it gives freedom and some opportunity to the different stores and venues that dispose of this and give some opportunity for creativity.”

In fact, none of the current council members seemed too enthused by the prospect of enacting the ban on single-use plastics, but supported deferring the implementation over completely revoking the ordinance.

“I also think if we postpone it a year, it gives a continued emphasis on working on it, so that we can continue to move forward in that regard,” said Council Member Jeannie Simmonds. “By the time we get to next year, it may be that the management plan is so efficient and so effective that the ban itself will be unnecessary.”

Mark Anderson, who joined the council in January after the resolution passed, said while his business uses fewer plastic bags than Lee’s Marketplace or other grocery stores and local retailers, a ban would affect Anderson Seed & Garden as currently planned.

“I would lean toward the management plan rather than a complete ban,” he said, “just because I like that option where our retailers and our citizens can have a choice in it, instead of just saying, ‘Nope, this is the way it’s gonna be.’”

Anderson added he’d like to see the entire plastic industry come together to create something similar to the single-use bags used now, but a biodegradable option.

Ernesto Lopez, who replaced Bradfield on the council, did not weigh in on whether or not he supported the ban but was in agreement that delaying implementation was the best option.

“Because of the pandemic and the stresses that it’s put on the food industry and providing things that are disposable for the community and for consumers, it’s probably too hard to enforce this right now,” he said.

It is unclear when SWAB will meet again to tackle the countywide plastic management plan. Hamud said the board has only met once since the pandemic hit and has cancelled the meeting originally planned for December.