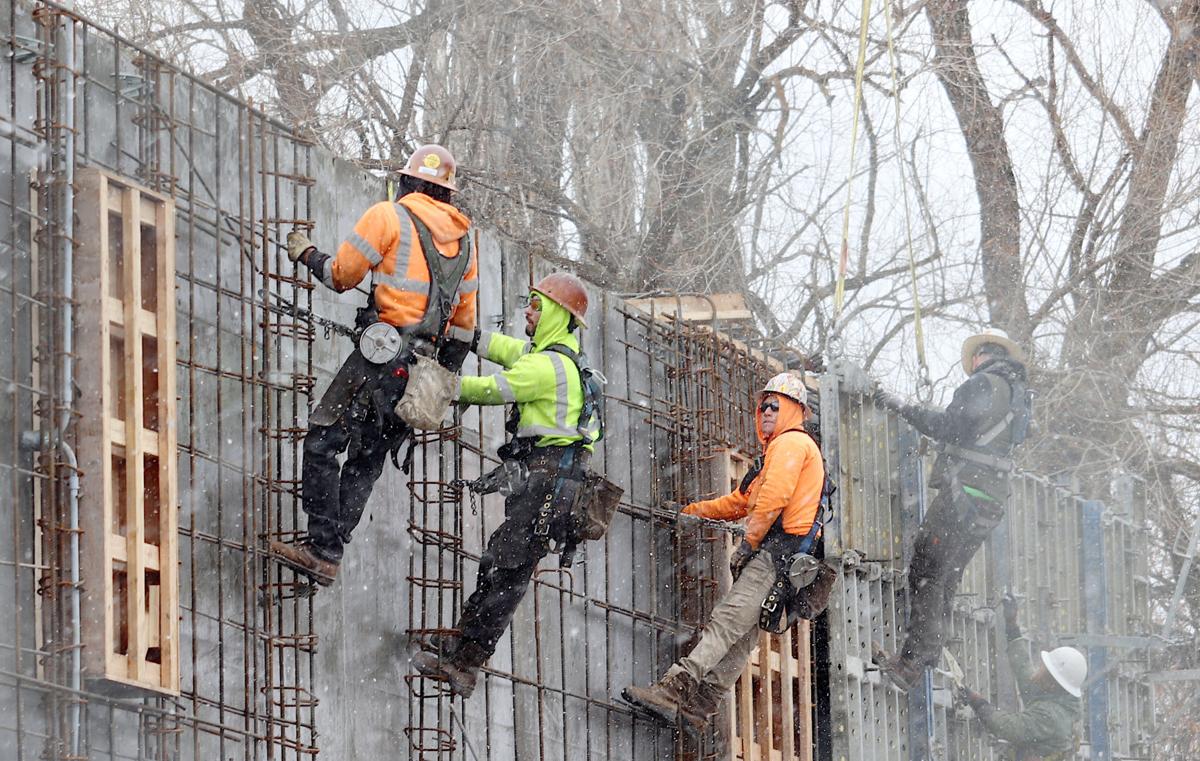 Workers place concrete forms along a wall of the development under construction on the old Grizzly Station property in Logan on Monday. 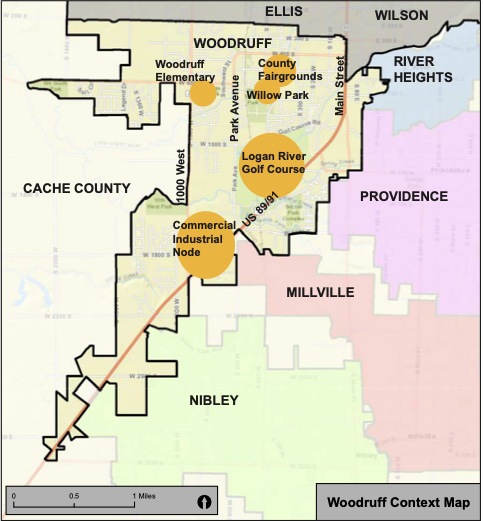 Woodruff neighborhood has the second-largest population in Logan, behind Adams, according to 2013 census data.

Workers place concrete forms along a wall of the development under construction on the old Grizzly Station property in Logan on Monday.

Woodruff neighborhood has the second-largest population in Logan, behind Adams, according to 2013 census data.

After more than five years of work, the Woodruff Neighborhood 10-year Plan highlights the need to manage growth while preserving green or open space and increasing infrastructure.

“I think growth is inevitable,” said Melissa Dahle, the chair of the Woodruff Neighborhood Committee. “It’s happening here in the valley, and I just hope they keep in consideration traffic patterns and what’s going to be affected. They’ve talked about the possibility of 1,500 more units being built west of 10th West, and that’s a lot of people.”

Dahle said while she likes the 10-year plan coordinated by Aaron Smith, Logan’s neighborhood improvement manager, there are multiple challenges facing the west side of the city as some areas in the Historic District already need infrastructure improvements.

Part of the plan — which the Logan Municipal Council is set to gather resident feedback on at a public hearing Tuesday — references the proposal to extend 100 West to connect from 600 South to U.S. Highway 89/91.

“This connection is to improve congestion along Main Street by providing an alternative North/South connection,” the plan reads. But it “will draw increased traffic onto a road primarily lined with residential homes.”

While many acknowledge that traffic and infrastructure is a huge concern, the latter is of concern for people who live in the area.

“I think that definitely needs to be talked about as well, because citizens are concerned that they’re going to have a huge Main Street in front of their homes now,” Dahle said.

Like many areas of Logan, parking options are another concern residents face with continued development — such as the two new apartment complexes going in east of Logan High School.

“There’s a ton of kids and cars in that little tiny intersection, and all of a sudden we have a 75-unit apartment complex going in there,” Dahle said. “There are concerns of what that’s going to do for the school, and that’s one of the concerns with 100 West being developed, because kids are crossing that road quite often. And we want to keep that safe.”

It’s a similar struggle around the “recreation core” of the neighborhood, which the plan refers to as “both an asset and a barrier.”

“It is an asset as it is home to many of the communities recreational facilities,” the report states. “It is also a barrier to East/West connection, causing traffic to route around the area.”

The outdoor recreation hub includes Willow Park, the Cache County Fairgrounds and Event Center and the Logan Aquatic Center. Because it is an older area of town, it also lacks adequate sidewalks and ADA crossings for increased foot traffic.

Though Woodruff neighborhood is the second-most populated of the six districts determined by elementary school boundaries in the city of Logan, it also has the most rural feel, and residents want to preserve that, Dahle said.

Dahle said “a good portion” of the Feb. 11 Woodruff neighborhood meeting focused on potential housing developments west of 10th West to accommodate the city’s growth, which added environmental concerns of the water table and wetland area, along with concerns of furthering the divide between occupant-owned housing and apartments on the west side.

“We want to keep the green space open for people, and it’s the country-feel that our neighborhood is wanting to keep,” she told The Herald Journal.

But the open space in the area is one of the only options for building for growth in the city, unless other areas are redeveloped to build up — like the L59 apartment and townhome complex the Logan Municipal Council (acting as the Redevelopment Agency) approved funding for in order to preserve some of the Garff Gardens park on 100 West while also providing 108 apartments and 10 townhomes.

“(Other neighborhoods in Logan,) they’re more landlocked everywhere else,” Dahle said. “They don’t have this growth coming, so we’re kind of a big area that has that potential of growth, and there’s a lot of things to consider with that growth.”

The plan also hopes to increase community involvement for members of the Latinx community and said “no other neighborhood (in Logan) has seen its Hispanic/Latino community grow as much as Woodruff.”

The planning commission ultimately recommended the council adopt the plan at its Jan. 14 meeting “with additional language in the plan to include leadership opportunities for Latinx community members … such as steering committees, neighborhood councils, advisory boards, and other city administered committees and commissions,” according to a memo Smith sent the council prior to its upcoming public hearing.

It was also suggested a survey be sent out to Latinx community members to better understand “the unique challenges and community perceptions of Logan’s largest minority group,” as well as “a market housing grant geared toward the Latinx community.”

Dahle said she loved this inclusion because it’s historically been a struggle, both on the community council as well as on the parent board of the school.

“I don’t know if it’s a language barrier, or culture, or what it is, but they have just been pretty silent and not voicing their concerns or voicing what they want,” she said. “I love that they’re doing a survey to start with, but I think there needs to be definitely more of an outreach and knowing that their voices can be heard and that they’re safe to speak up.”

The full Woodruff Neighborhood Plan and the proposal to be considered by the council is available on the Logan Municipal Council’s webpage.

The council will further discuss the neighborhood plan and hold a public hearing at 5:30 p.m. on Tuesday via Zoom. A link to the Zoom meeting can be found on the council webpage, and the meeting will also be streamed on Facebook.