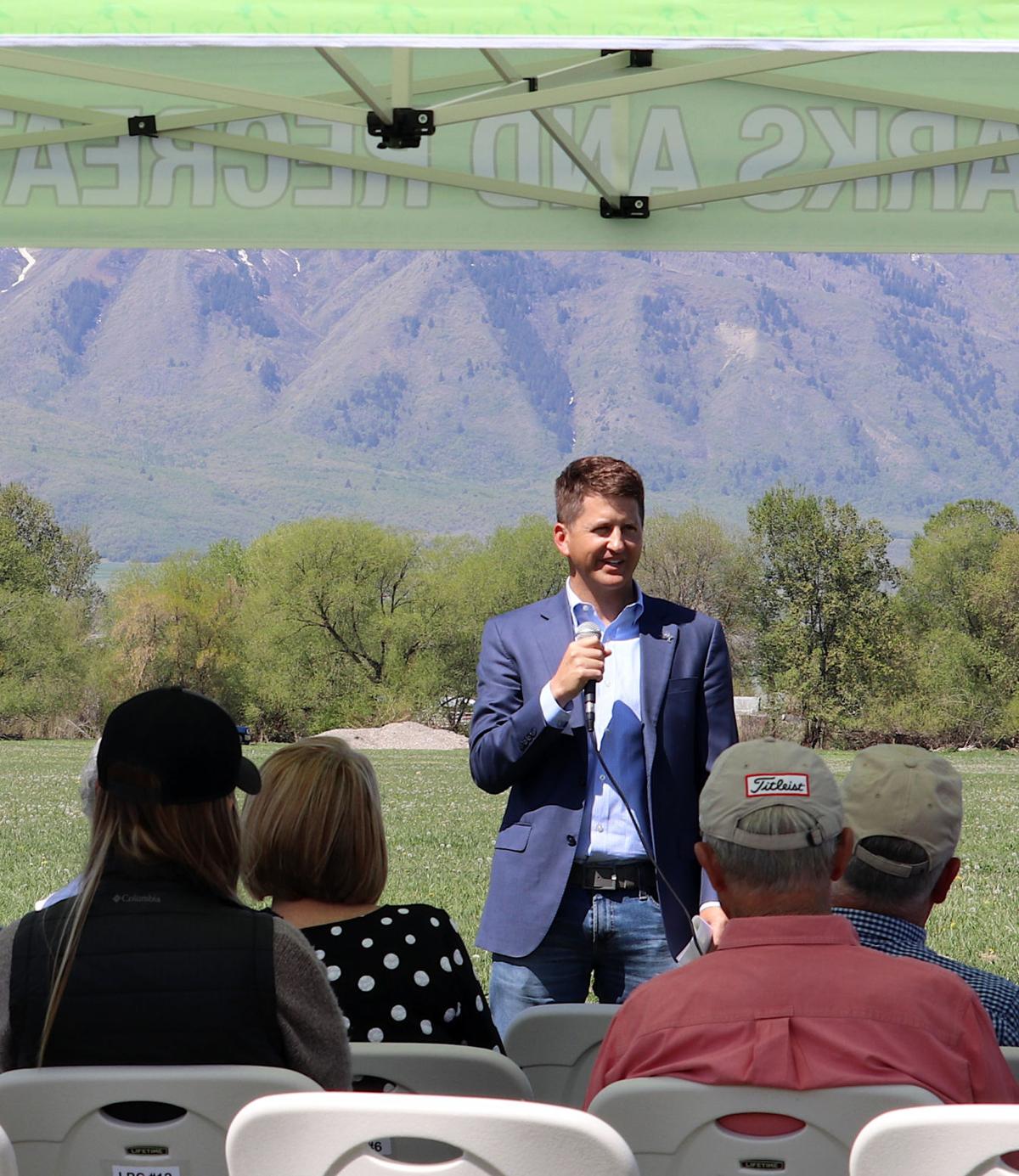 Kunzler family member Travis Lish speaks at the site of a new conservation easement along the Logan River on Friday. 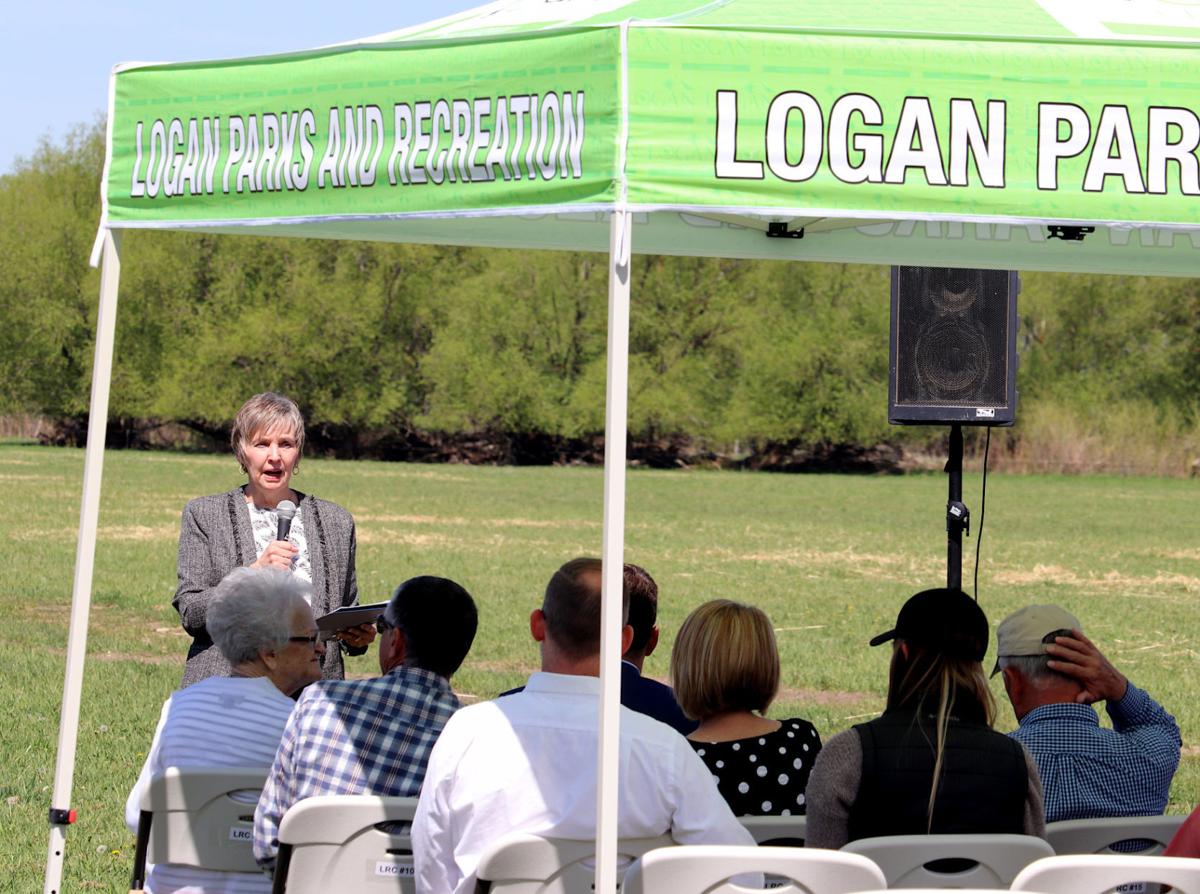 Logan Mayor Holly Daines speaks at the site of a new conservation easement along the Logan River on Friday. 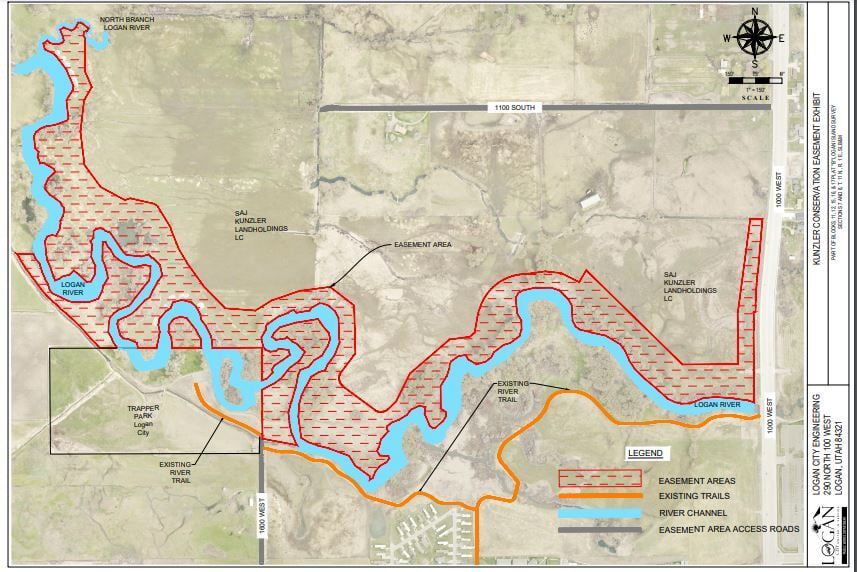 This map shows the 47 acres protected by a newly announced conservation easement that resulted from two years of negotiation between the City of Logan, the Kunzler family and other funding partners.

Kunzler family member Travis Lish speaks at the site of a new conservation easement along the Logan River on Friday.

Logan Mayor Holly Daines speaks at the site of a new conservation easement along the Logan River on Friday.

This map shows the 47 acres protected by a newly announced conservation easement that resulted from two years of negotiation between the City of Logan, the Kunzler family and other funding partners.

Logan officials announced a new 47-acre conservation easement along the Logan River on Friday, with hopes of ensuring public access, allowing an extension of the city trail system and aiding river restoration efforts.

A small group of officials from various agencies joined members of the Kunzler family in a cattle field bordering the new easement Friday morning for a few remarks to celebrate the occasion.

“It’s very rare in your career that you have an opportunity to work on a project where the compensation, or what you hope to be the compensation, is at Christmastime, Thanksgiving and Sunday dinners, you’re still welcome around the dinner table,” said family member Travis Lish, who represented the Kunzlers in easement negotiations.

The easement, valued at $963,000, is mainly on the north side of the river, from approximately 1000 West to 2000 West. The agreement between the landowners and the city will restrict housing developments on the land near the river and help meet a number of environmental and civic objectives.

“This easement has many benefits,” Logan Mayor Holly Daines said. “It will allow for river restoration projects to help reduce flood impacts and better manage the floodplain. It will improve in-stream habitat for fish, riparian habitat for wildlife, and will open fishing access to the river for over 2 miles.”

The easement will also help the city connect existing sections of its River Trail from 10th West to Trapper Park, which is on the southwest curve of the easement, and more than half a mile beyond.

Logan officials hope to eventually extend the River Trail all the way to a park under development along 600 South between 1900 and 2000 West.

Adding to the length of the River Trail will also improve access to the city’s Blue Trail, which facilitates use of the river for non-motorized watercraft. The city plans to build Blue Trail takeout ramps at Trapper Park and the 600 South park.

“Easements are critical to river restoration efforts,” said Bear River Watershed Coordinator Gabriel Murray. “I think we can do all the work that we want on the river itself, but if we don’t have the lands … adjacent to the river protected as well, then inevitably our work isn’t as beneficial.”

The Logan River Taskforce has already been working with the Kunzler family on restoration efforts in the area.

“I think we’ve removed, already 10, car bodies, several chunks of concrete,” Murray said. “We’ve also stabilized some banks and done quite a bit of revegetation with native species such as dogwoods and coyote willow.”

Burying car bodies and chunks of concrete to stabilize river banks was a common practice half a century ago, Murray said.

“That was our understanding of rivers at that time, and we’ve kind of evolved beyond that, fortunately, and now we’re starting to use better restoration techniques, whether it be bioengineering, revegetation, some rock, et cetera.”

The Kunzler family has ranched on the land since 1971. For the past two years, the family and the city have been working on the easement in order to preserve open land near the river in the face of mounting pressure to develop it. The Utah Legislature’s McAllister Fund contributed more than $482,000 toward the easement, the Kunzler family more than $96,000, and more than $330,000 came from two equal city and county RAPZ grants. The rest, nearly $55,000, came in the form of trail grants, according to a city press release.

Daines noted in her remarks on Friday that the easement nearly didn’t materialize. The legislature doesn’t appropriate money for the McAllister Fund every year, and when Daines heard grants were available two years ago, she was initially thrilled.

That information included letters from the property owners, an environmental impact assessment, an appraisal and commitments for additional funding, Daines said.

“But I just kept having this feeling that we should try when funding was available, and in my mind, it’s a little bit of a miracle, because within a couple of days, some things just fell into place that we didn’t think would happen,” Daines said. “A local company, BioWest, said that they would do the environmental work very quickly for us.”

Then the city found an appraiser who could work within the narrow timeframe, and then-County Executive Craig Buttars agreed to help apply for RAPZ funding.

“So my staff really pitched in, put aside other projects, and we met the deadline,” Daines said. “It will be a treasured gem for everyone for years to come.”