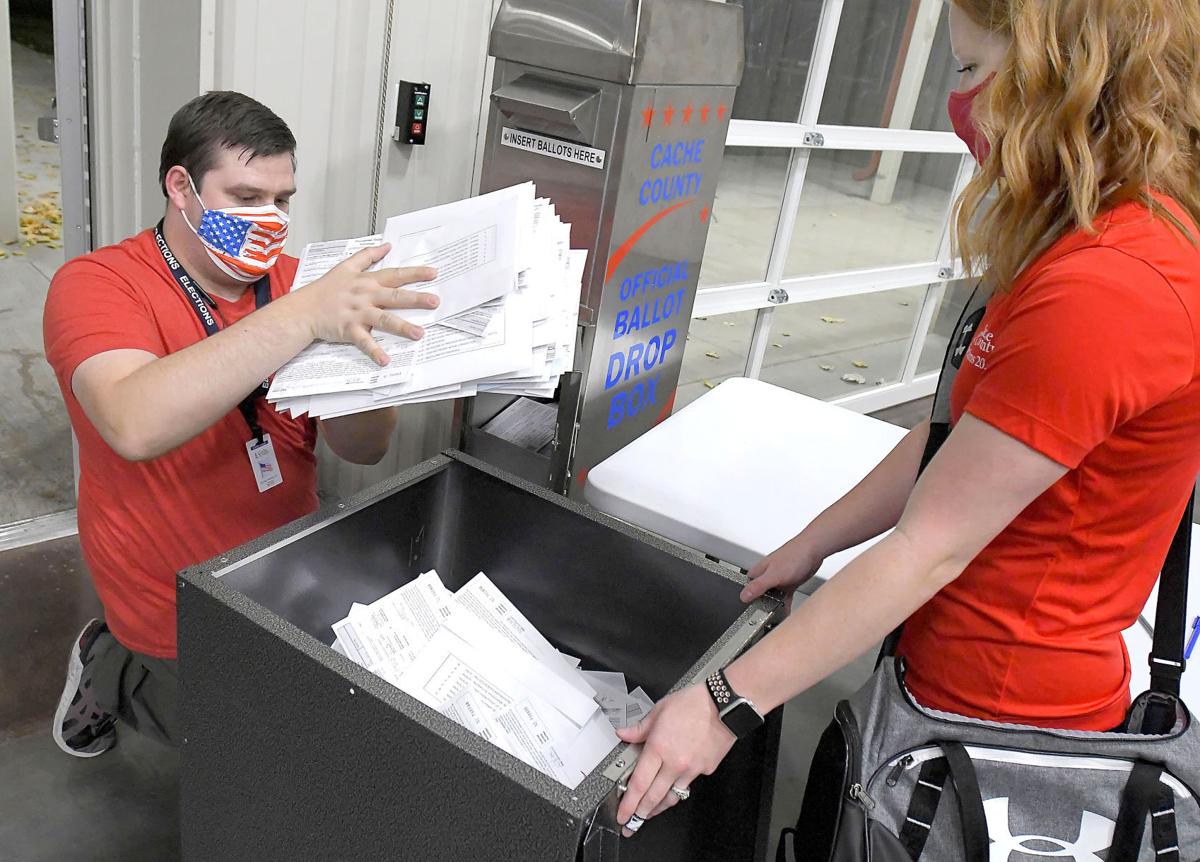 Jaron Lott, left, and Kira Pyne retrieve ballots at a polling location on Tuesday in Logan. 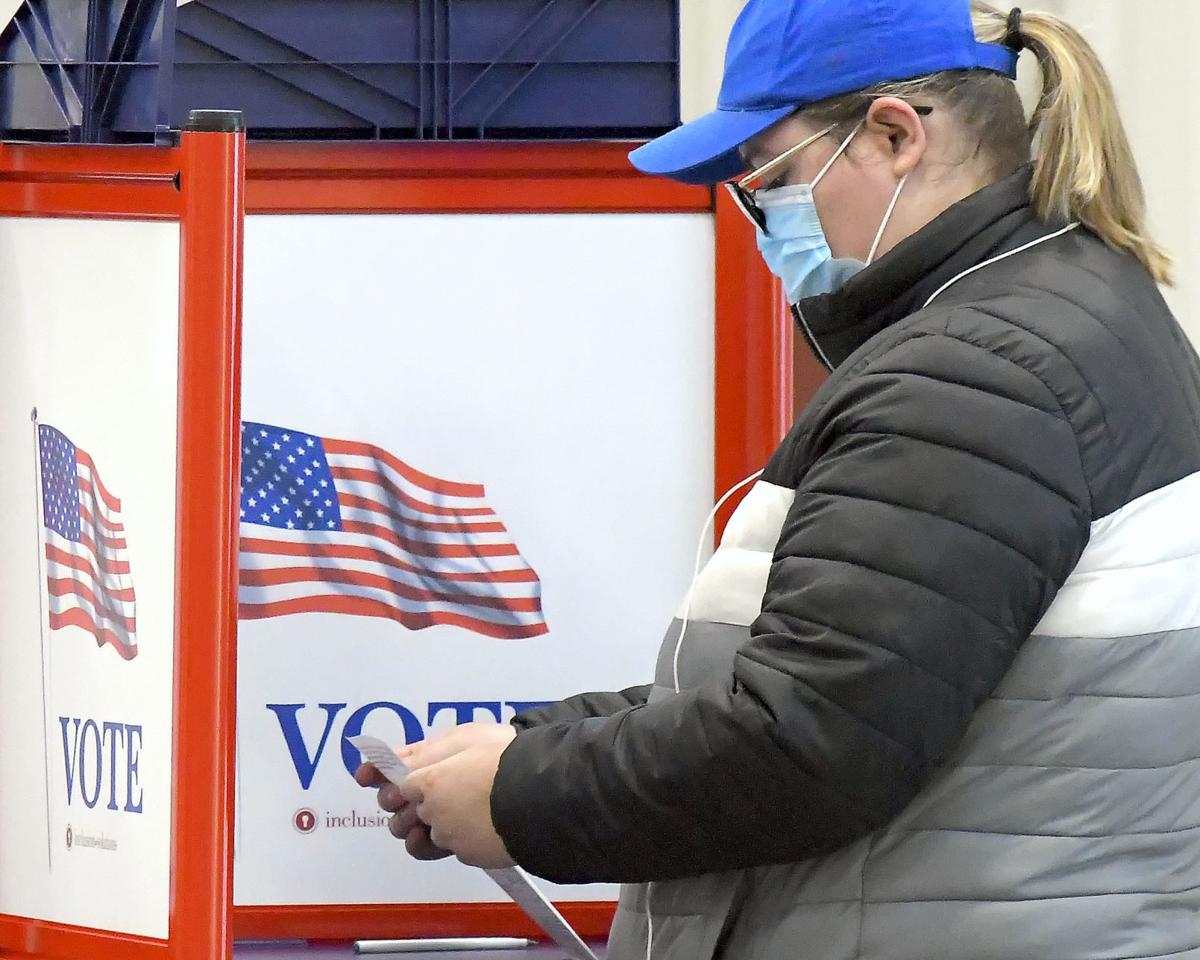 Madison Archibald looks over her ballot while voting on Tuesday in Logan. 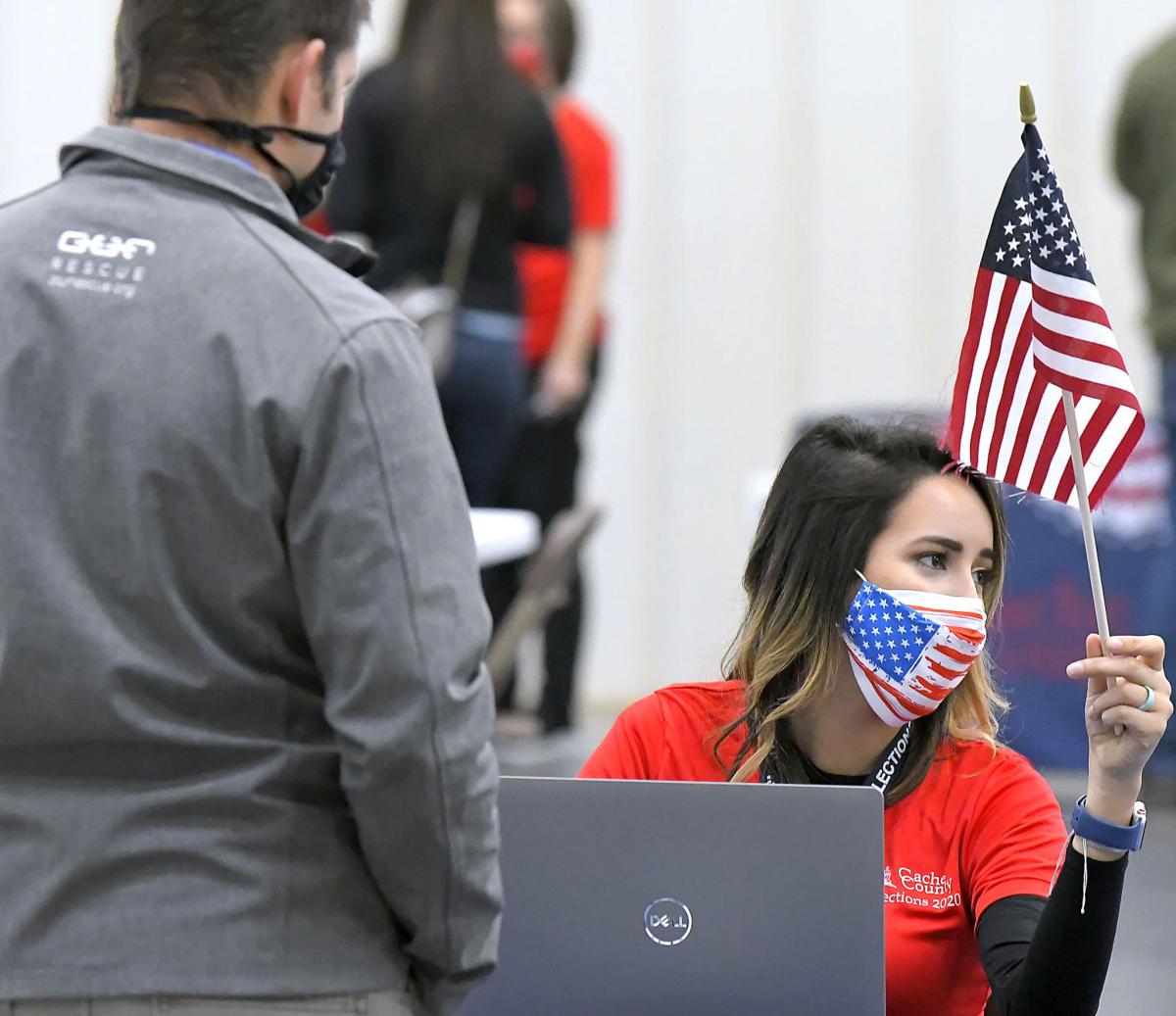 Jaron Lott, left, and Kira Pyne retrieve ballots at a polling location on Tuesday in Logan.

Madison Archibald looks over her ballot while voting on Tuesday in Logan.

Ballots from at least 78% of Cache County’s registered voters have been processed for the 2020 general election. Though there are about 6,500 ballots left to be scanned from Election Day and all results thus far are unofficial, local races in Cache County are all but wrapped up.

“I don’t expect to see any change in the result, but it was a little closer race than I expected,” said Karl Ward, who received 56.8% of the vote for reelection on the Cache County Council. “But that’s the nature of our democratic process.”

The race for Ward’s seat as one of two Logan representatives on the Cache County Council was the second-closest race in the county. Utah House of Representatives District 4 was closest, with Dan Johnson, R-Logan taking 56.7% of the vote and Mary DaSilva, D-Logan, taking 43.3%.

“Honestly, the numbers this time were about the same as the race before,” said the former educator. “It’s really interesting because in Logan itself, there are a lot of registered Democrats, and there also are a lot of unaffiliated voters, and so when you combine those two together, it’s not that much different than the number of registered Republicans.”

Though DaSilva had hoped for a different outcome, she was happy to see “ a strong showing.”

“I am at peace with it,” she said. “I was really more concerned with the general election and the national results coming in. That’s been very nerve-wracking for me to watch and quite a nail-biter, and it’s still not resolved.”

DaSilva, a public health nurse by trade, said Johnson communicated a willingness to consult with her on some of the key issues her campaign advocated for in the upcoming session.

“I do feel good that he did reach out to me,” she said, “and I do believe him that he will offer us a seat at the table, even though we didn’t win.”

On the other end of the spectrum, David Erickson secured reelection to represent the north end of the county on the council, 82.1% to Marilyn Meacham’s 17.9% — the farthest spread of the election.

The next-largest blowout came from the south end, where Rep. Casey Snider secured reelection with 78.8% of the vote. His opponent, Lauren Abell, was disappointed, but not terribly surprised when she only received support from about 22.2% of House District 5’s constituency.

“It’s pretty hard to be a Democrat in this area, but as I emphasized in my campaign materials, voters deserve a choice,” she said. “Often, voters have a choice between a Republican or to not vote. If we don’t give people options, they don’t have a choice. When I was told this district would be uncontested, I thought, ‘That’s not OK,’ but I had an opportunity to do something about that.”

Snider said he was “humbled and grateful for the support from the district,” but acknowledged the area “is really conservative” and so he wasn’t too surprised by the outcome.

Though nearly 20,000 more people voted on whether Republican Chris Wilson or Democrat Nancy Huntly would replace Sen. Lyle Hillyard for Utah Senate 25, the results were similar to the race for who would fill Rep. Val Potter’s House District 3 seat. Wilson received 69.8% of the vote compared to Huntly’s 30.2% for the State Legislature, where Mike Peterson garnered about 73% to Holly Gunther’s 27%.

The county has two weeks to canvass ballots and receive all postmarked mail-in ballots before the results will become official.

Cache County Clerk Jess Bradfield said there are more than 2,000 mail-in or dropped off ballots and 4,476 provisional ballots left to be scanned as of deadline on Wednesday night, he speculated there would not be “too much of a shift” from current results.