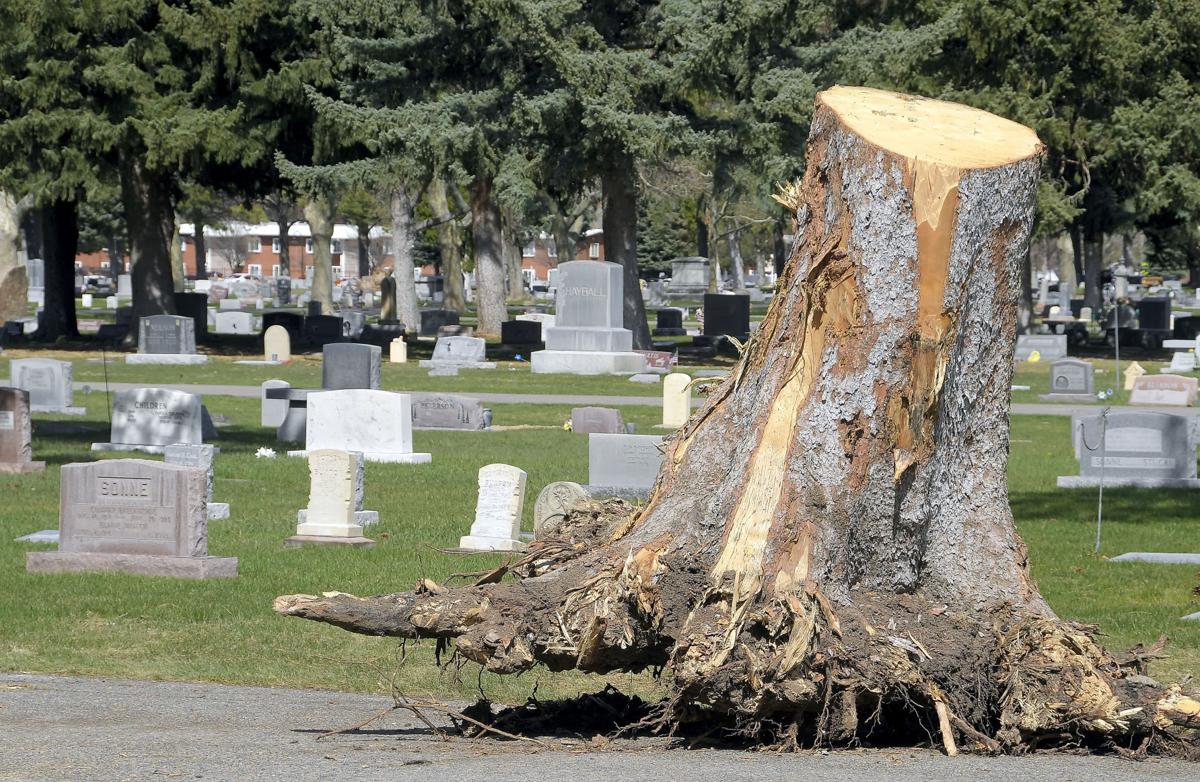 A tree stump sits in the Logan Cemetery on Wednesday. 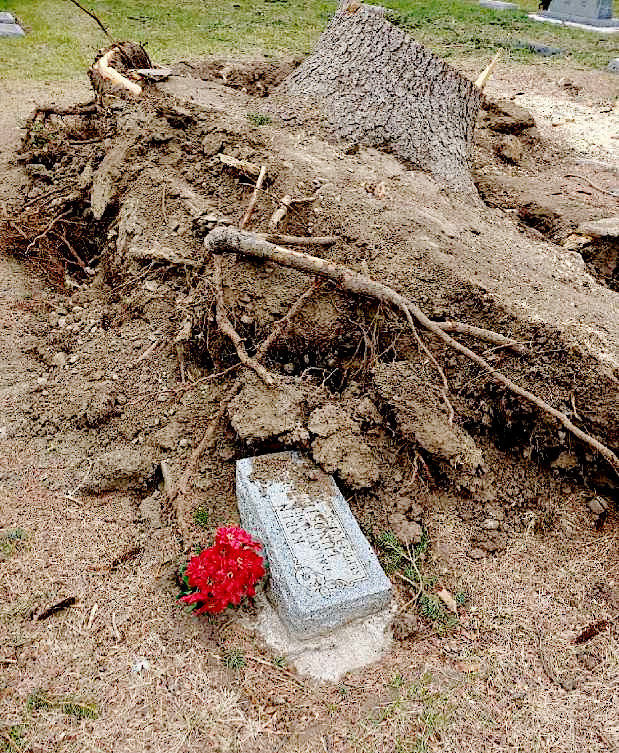 An uprooted tree rests near a gravestone in the Logan City Cemetery after wind damage last week.

A tree stump sits in the Logan Cemetery on Wednesday.

An uprooted tree rests near a gravestone in the Logan City Cemetery after wind damage last week.

Damage to trees and headstones in the Logan Cemetery due to recent windstorms have some residents worrying about how the site will be repaired.

Julie Kraus, 68, first noticed damage done in the cemetery by last week’s winds Sunday evening. Her sister-in-law had placed flowers on the family’s headstones, so Kraus drove by to take a look when she saw that some trees had been uprooted.

“Those are old, old trees that have been there since the city’s beginning. I just looked at it and felt, geez, this is supposed to be a peaceful place,” Kraus said. “This is where my family’s sanctuary is and it feels violated. The peace was invaded.”

The repair process is underway, although it may be more complex than some residents might assume.

Justin Allen, the cemetery sexton, said last week’s damage was mainly tree-related. Five pine trees were knocked over and multiple trees lost their tops and branches because of the wind.

Allen said the pine trees will be replaced, but he didn’t know if the other damaged trees would be removed.

The trees that fell from the wind caused damage to a few headstones, Allen said.

“We had a couple of headstones that were knocked over and a couple that were uprooted,” he said.

The pine trees landed and knocked over some of the headstones, while others that were located near the trees were uprooted when the tree’s roots came up.

Kraus said she was concerned about the headstones because of the money and love that goes into those kinds of purchases.

Allen said the city will work with the monument companies to reset the headstones back in their correct locations. As for other damages and costs, Allen said that might come out of the cemetery’s budget.

“That’s the biggest concern,” he said. “We just don’t have a lot of money in the cemetery budget to cover the cost of the trees.”

Allen said the cemetery staff took precautions when they heard last week’s wind advisory. To prepare, Allen said they take down large branches and monitor the trees that they think could fall over.

“If the forestry crew is available, sometimes those ones we’re worried about they can remove those beforehand,” he said. “We don’t generally like to do that, because we don’t want to take any more trees out than we have to. We just hope they’re going to hold up.”

Allen said normally, this much damage doesn’t happen after windstorms, calling this storm “a little bit different” and “pretty nuts.” He said he hadn’t seen this much damage since September when Cache Valley was hit by strong winds, some reaching over 50 mph. Certain spots in the valley saw extensive tree damage in that storm, including in Hyrum City Cemetery.

Allen said he was anticipating last week’s storm to be worse than the one in September, but said it didn’t end up being as bad. He said in September, Logan Cemetery lost over 20 trees.

“Just glad this storm wasn’t as bad as the one in September,” Allen said.

Allen said there’s a plan to replace the pine trees, but he didn’t know when it would happen. These tree replacements are being added to a “general plan,” since the other trees that were knocked down in September still need to be replaced.