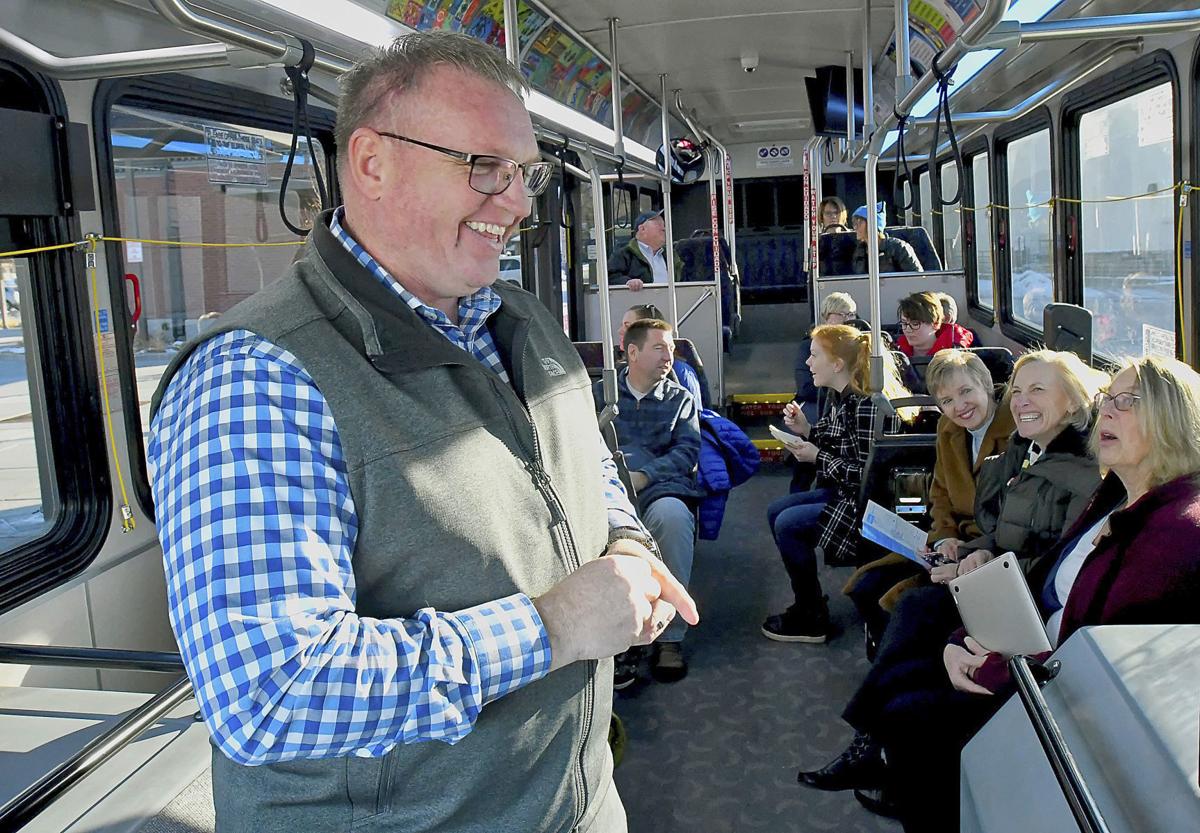 Todd Beutler talks to dignitaries as they board a CVTD bus for a ride, following a ribbon cutting for the new Loop route on Monday in Logan. 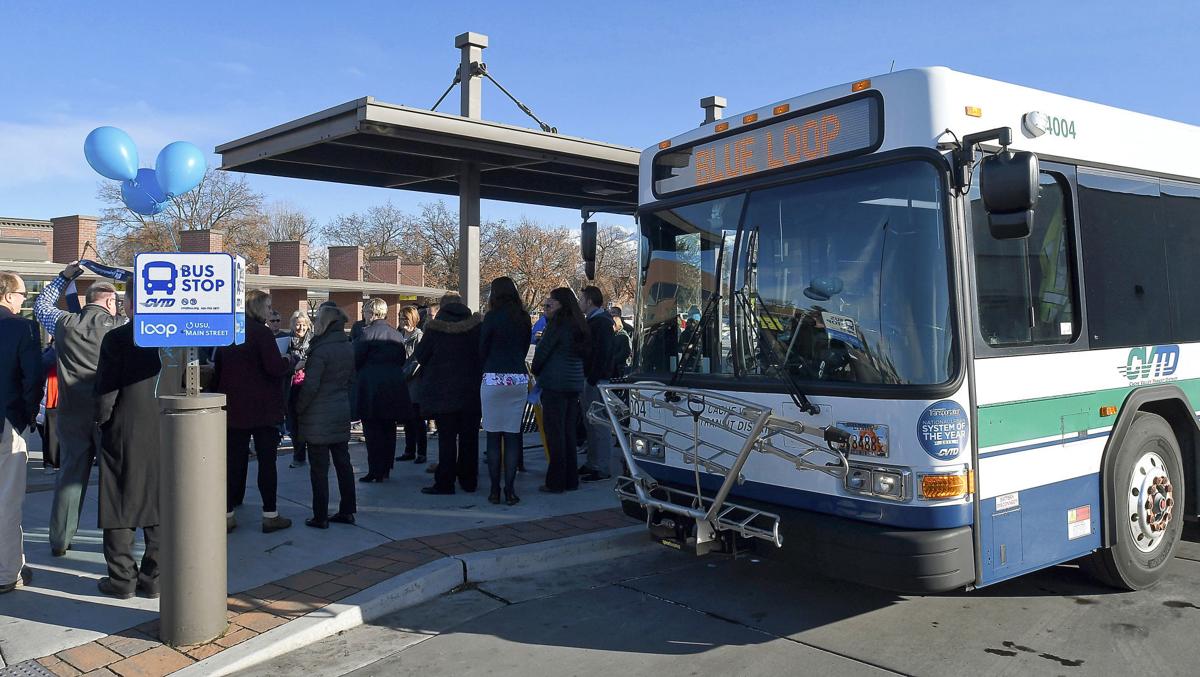 People gather at a ribbon cutting ceremony for the new CVTD Loop route on Monday in Logan.

Todd Beutler talks to dignitaries as they board a CVTD bus for a ride, following a ribbon cutting for the new Loop route on Monday in Logan.

People gather at a ribbon cutting ceremony for the new CVTD Loop route on Monday in Logan.

“This is a monumental event for Cache Valley,” said Jeannie Simmonds, a Logan Municipal Council member and CVTD board member. “We are thrilled to have this addition to the community.”

Simmonds said it is a shift in philosophy for the CVTD. As a loop, the route doesn’t start and end at the Transit Center which makes it unlike any other CVTD route.

There will not be any transfers and the buses will arrive at each stop every 15 minutes during peak hours.

“This has been years in the making,” said Todd Beutler, the CVTD CEO and general manager. “We have been gathering and evaluating public input for a while now, making sure we understood the needs of the community. It is exciting and such a relief to have it out the door.”

Beutler said there are many things they looked at when putting the plan together, such as the funding, the accessibility and the potential growth of Logan.

Nine more stops were added to create this route. Beutler said it is the most significant service expansion for the CVTD in 12 years.

“This option will provide a lot of different abilities for citizens all over the county,” said Cache County Executive Craig Buttars. “We are looking at this being a way to increase accessibility for people, and it will fulfill a need.

Buttars said a reason this new route became possible is because the Cache County Council implemented a local option sales tax in May 2018. This option was to use a quarter-of-one-percent of local sales tax to fund transportation.

“You have to be careful because opening a new route can harm just as many people as it benefits, so we have been careful to watch the needs of our community closely,” said Shaun Bushman, a CVTD board member representing Hyrum. “This new route catches about 60% of the major destinations.”

Bushman said this new route will benefit people all over the city — but to really recognize the benefits, people need to test it out.

“More than anything else, I think it is important what this will do for our air quality,” said Cecelia Benson, a CVTD board member. “This is something that an individual citizen can do to relieve the congestion of Main Street but still support the local downtown businesses.”

Logan City Mayor Holly Daines said there are a couple stops right in historic downtown, which will help the city’s revitalization focus.

“We have excellent service and now a much more convenient service,” Daines said.

Katie Owens brought her two sons to ride the new bus on Monday morning after she had heard about the ribbon-cutting ceremony on Facebook.

“My car has a tire problem but we wanted to get out of the house, so we decided to go on a bus adventure,” Owens said. “This would have been so nice when I was a student, but I think now I will use the bus as an educational experience for my boys.”