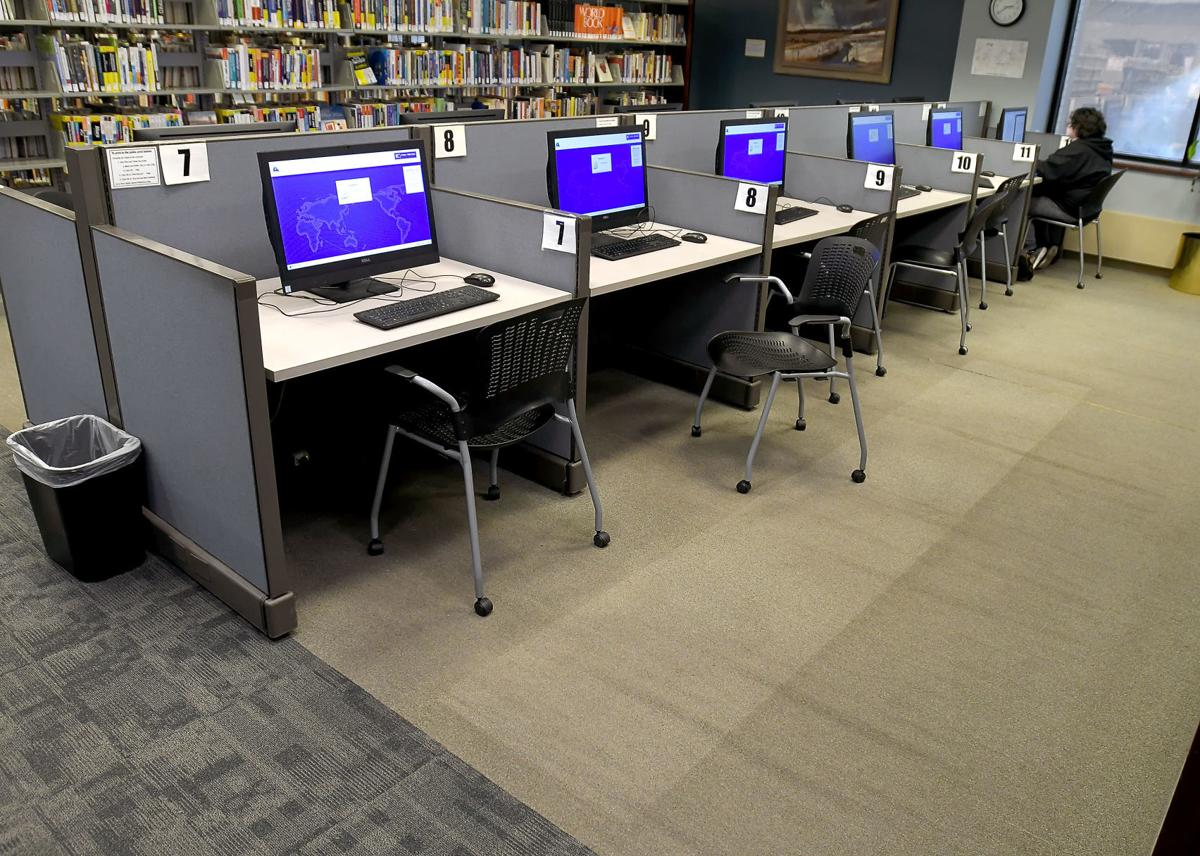 A patron uses a computer in a section of the library that has old carpet. 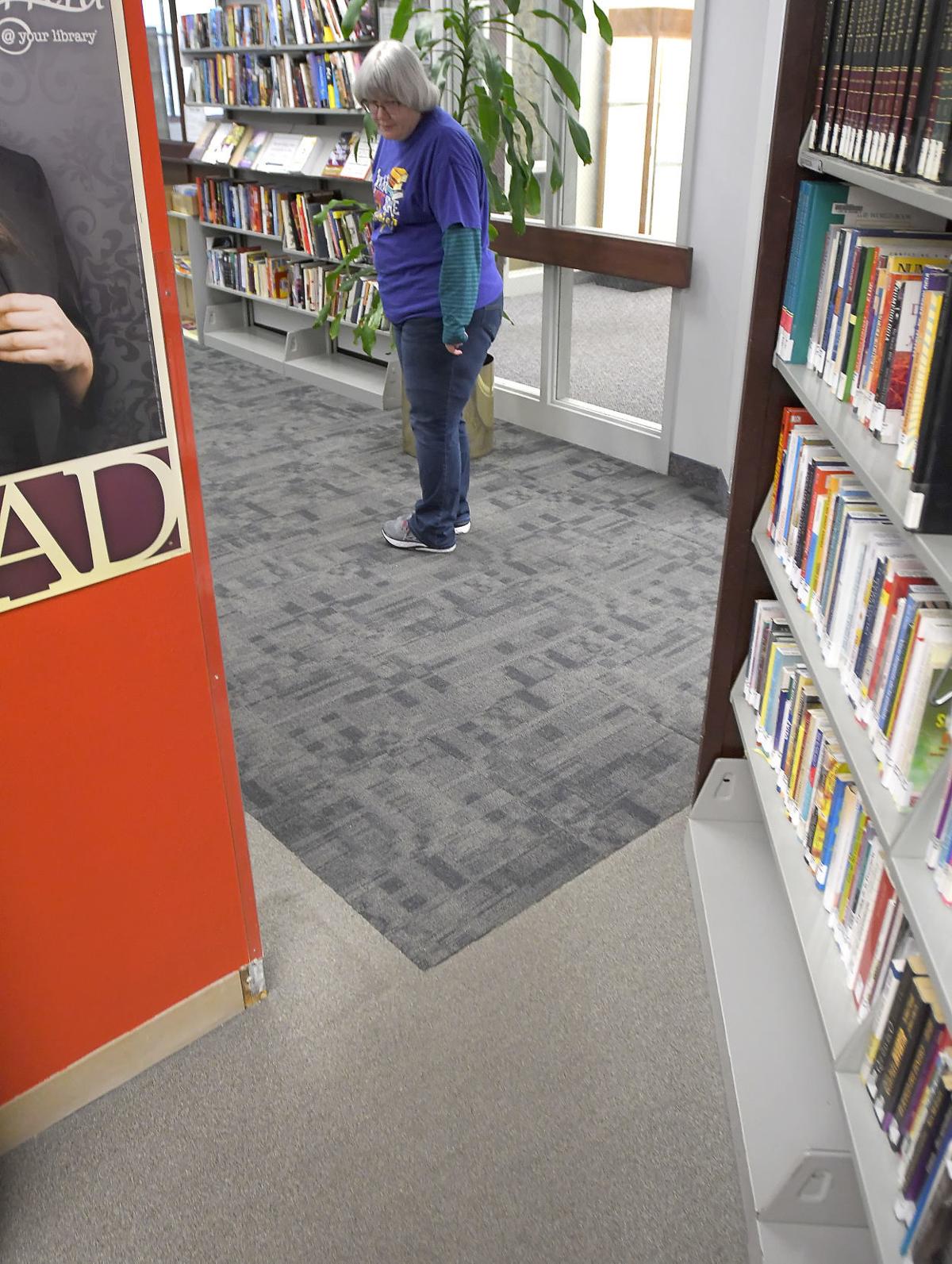 Director Karen Clark shows where new carpet was installed in the library.

A patron uses a computer in a section of the library that has old carpet.

Director Karen Clark shows where new carpet was installed in the library.

The search for a new location for the Logan Library has been over a decade-long quest and is inching its way up as a priority for the city. Most recently, there have been a lot of ideas floating around for new locations and even more locations being ruled out.

Meanwhile, the building where the library is currently housed has a constant maintenance to-do list.

During the monthly Logan Library board meeting on Monday evening, the board members began to knock on the table for luck as Karen Clark, the library director, updated the board on the building’s condition.

“The building is fine … for now,” Clark said, followed by an audible sigh of relief from everyone in the room.

The building was a Sears department store before being remodeled to house City Hall and the library. When it became too small to reasonably fit both, the government offices moved out and the library expanded to fill the whole building.

Clark began to outline the many projects needed to improve the building and discussed the many more grants needed to fund them all.

While most of the leaks in the roof have been fixed, a new $25,000 compressor is needed before the air conditioner starts up again in spring, which means there is no more budget left over for new carpet. Fresh paint along with a new security gate and two more self check-out units are also on the growing list of needs.

“This building is on its last leg,” Clark said. “If there is any seismic activity, we are in big trouble.”

Throughout this whole discussion, Clark made sure to point out which investments could be transferred to a new building.

The new building is always part of the conversation.

Clark said she is in a constant state of wondering whether to make an enhancement now or wait until the move to a new building.

“As far as I know, everyone on the council is very supportive of the new library and are trying their best to find a new spot,” Anderson said as he addressed the board. “It is in the works but if we are patient, we will have what we want by the end.”

Clark meets with the mayor twice a month to discuss progress on current ideas, and Clark is hopeful that the wait could soon be over.

“There are so many things we could do with a brand new building,” Clark said. “But we will just keep making do, struggling.”

Currently the library is home to over 20 programs every month, some of which occur several times a month, and nearly 600 people frequent the library every single day.

“Libraries have evolved and changed,” Clark said. “People tend to think they are just old buildings where you have to be quiet. We have places for kids to hang out and we are a meeting area along with being a place to read books. We just have so much fun here.”

Clark said it is important to make her staff and patrons enjoy their time at the library.

“I love my job but sometimes it is disheartening when something doesn’t work right,” Clark said. “Logan deserves a really good library.”