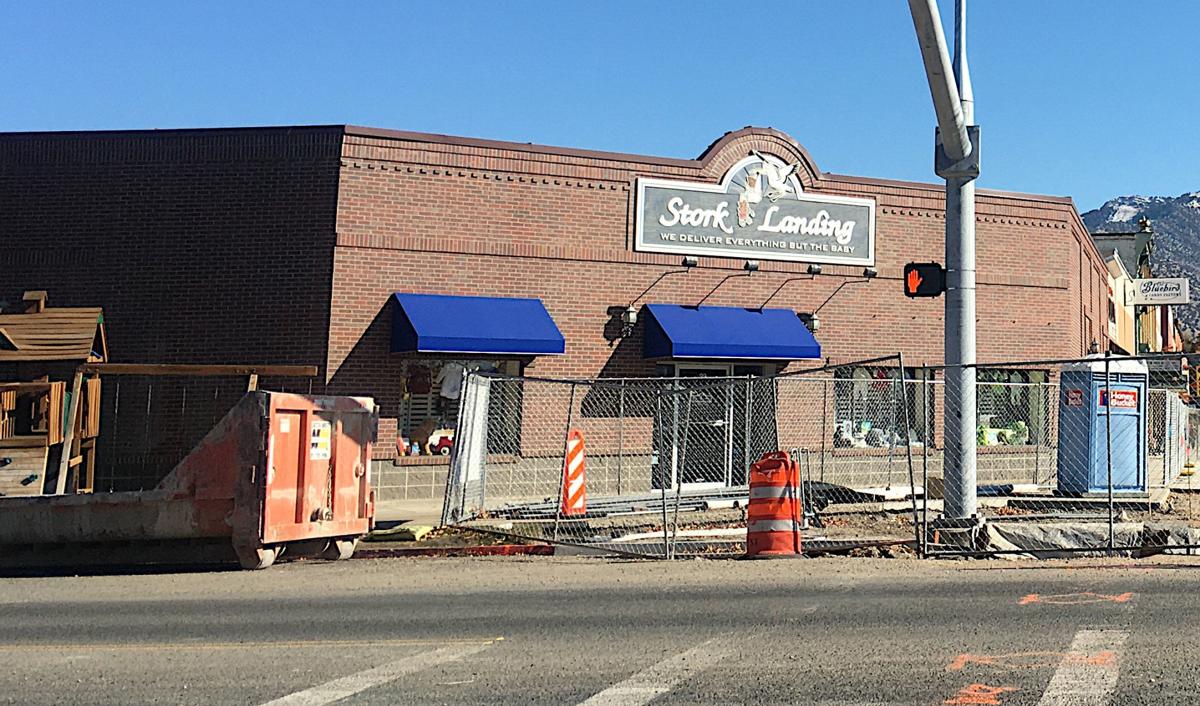 Owners of Stork Landing, Jenilyn Groutage Needham and Joe Needham, are in favor of the idea to bring a community gathering space to the downtown area as part of the Center Block reconstruction project. Their building on the southwest corner of the Center Block is pictured here on Friday afternoon. 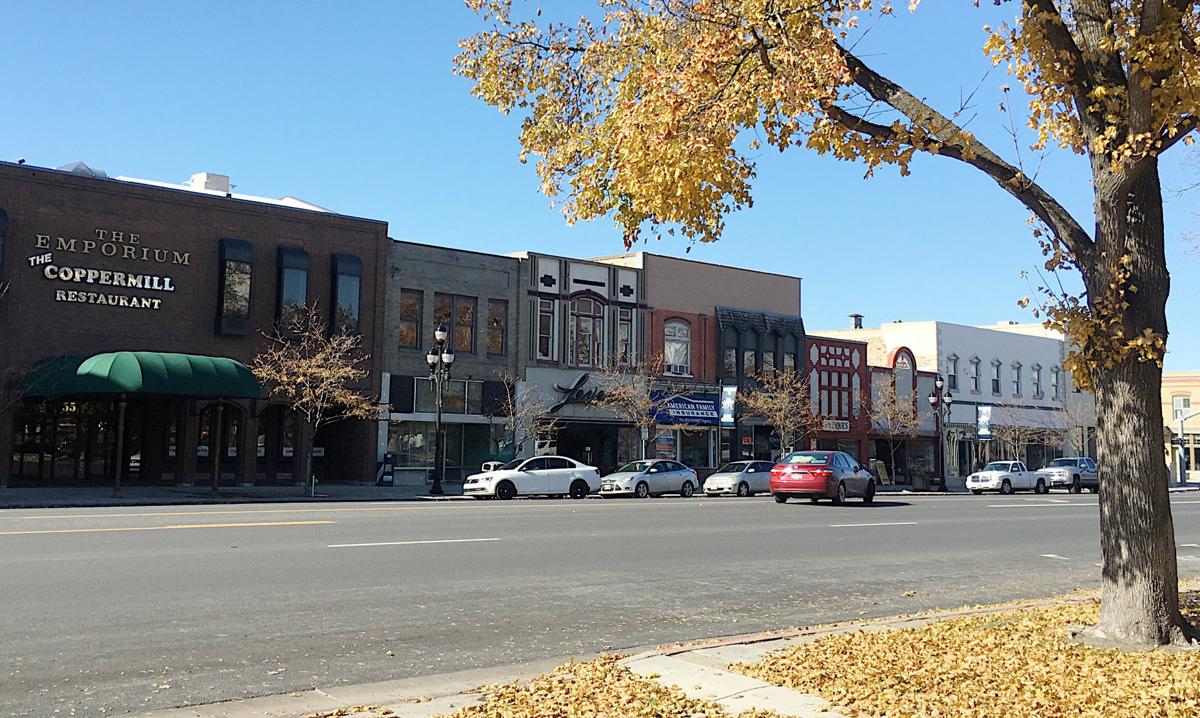 Logan city officials are moving forward with efforts to demolish the Emporium on Main Street. The historic building is pictured here on Thursday afternoon.

Owners of Stork Landing, Jenilyn Groutage Needham and Joe Needham, are in favor of the idea to bring a community gathering space to the downtown area as part of the Center Block reconstruction project. Their building on the southwest corner of the Center Block is pictured here on Friday afternoon.

Logan city officials are moving forward with efforts to demolish the Emporium on Main Street. The historic building is pictured here on Thursday afternoon.

Logan downtown business and property owners met with city officials and developers at city hall on Thursday afternoon to discuss their thoughts on the evolving plans for Center Block redevelopment.

The plans at present call for the demolition of the city-owned Emporium and neighboring buildings. While multiple property and business owners have expressed concerns that the proposed project, which features a plaza/ice skating rink, an apartment building and a parking structure, will negatively impact business on the block, others are hopeful it could reinvigorate the area.

“What Dan is proposing is what has been done elsewhere for decades,” Hicken said. “We’re really and truly at least 25 years behind the curve of doing this.”

WHICH COMES FIRST, PEOPLE OR RETAIL?

Hicken’s father managed J.C. Penney on Main Street after World War II. Over time, businesses like the department store have left, causing smaller retail and restaurants to dry up, Hicken said. He sees the apartment building as a way to bring people and eventually retail back downtown.

“People think that as you bring the retail, then that the people will come,” Hicken said. “That doesn’t work anymore.”

Kris Williams, who owns Levan’s with her husband, Dave, sees the matter differently.

“People who are renting don’t have money to go shopping necessarily,” Williams said. “People living on the block isn’t necessarily going to bring me business.”

According to Williams, the success of her business is dependent on people coming through the door and finding out what the store has to offer.

Similar to how large stores in a mall can provide an anchor that brings in people who then shop at smaller businesses, Williams sees the survival of Main Street businesses like her own attached to the presence of large retailers in the downtown that will draw people to the area.

A plaza “will get them to the block, but it’s not necessarily going to get them through the door,” Williams said.

Williams and her husband, among other property and business owners on the street, have also expressed concern with how the addition of housing to the block will impact their parking.

Currently, businesses and restaurants surround most of the perimeter of Center Block, and parking is available on the interior. Lofgren’s first proposal for the block included building an apartment complex on some of that surface parking and then building a parking structure in the northwest corner of the block.

To address this, Lofgren and Mayor Holly Daines have been adjusting the proposed plans to keep some surface parking near the businesses and reducing the number of housing units and the size of the parking structure. They have considered adding a retail space on the parking garage that would face 100 West to make the structure more inviting, as well.

During the meeting on Thursday, Lofgren said he has a new idea for the project that he thinks will address these concerns even better, however, he needs a few more weeks before it will be ready to present.

Many of the stakeholders who attended on Thursday seemed to appreciate the efforts to resolve parking concerns, but there were still concerns about whether the alleyways would accommodate delivery trucks.

CAN THE EMPORIUM STAY?

Beyond parking concerns, some property owners in downtown don’t want to see the Emporium and the adjacent buildings torn down. Both Dave and Kris Williams are concerned about how the demolition could impact their building since the two walls have been attached for over a hundred years.

Gene Needham Sr., one of the property owners, is concerned about how the downtown facade will look with the hole created by demolition. Needham suggested rather than tearing the buildings down, stores on 100 North could be moved into the Emporium building. The vacant buildings could be demolished for more surface parking and a plaza could be built behind Main Street.

Those at Thursday’s meeting who owned businesses on 100 North did not seem thrilled with the idea of moving into the Emporium, and city staff said the building is so structurally unsound it needs to be demolished.

One argument for keeping the Emporium has been preserving the historical nature of downtown.

“There is nothing historic about an ice skating rink and a splash pad,” said Vint Larsen, owner of Al’s Trophies.

Last week, in a letter to the editor published in The Herald Journal, the Cache Valley Historical Society board of directors expressed excitement over the possibilities that a plaza/skating rink and apartments would bring to downtown, but voiced concern over the architectural designs.

“We strongly urge the city to insist that the architectural design be sympathetic to and reflect the historical nature of Main Street,” wrote J. Scott Bushman in the letter on behalf of the board.

Daines said she agreed with these concerns and that options for making the project better fit the character of downtown were being considered.

“What they (Dan Lofgren) presented was a concept,” Daines said. “Personally I would like to see it look a little more historic.”

Jenilyn Groutage Needham and her husband, Joe Needham, son of Gene, own the building Stacked Pancakes is in as well as the building and business Stork Landing.

Jenilyn said she does share concerns about parking and congestion that other owners have expressed, but she is excited about the idea of a community gathering space. As a parent, she said it is important to her that steps are taken to make the plaza easy-to-access with young children.

“You want to make it easy for the moms to bring lots of little kids when they are out and about,” Jenilyn said.

Joe was also excited about how a plaza gathering space could benefit both the community and businesses/buildings like his.

“The thing we need most (downtown) is just people,” Joe said.