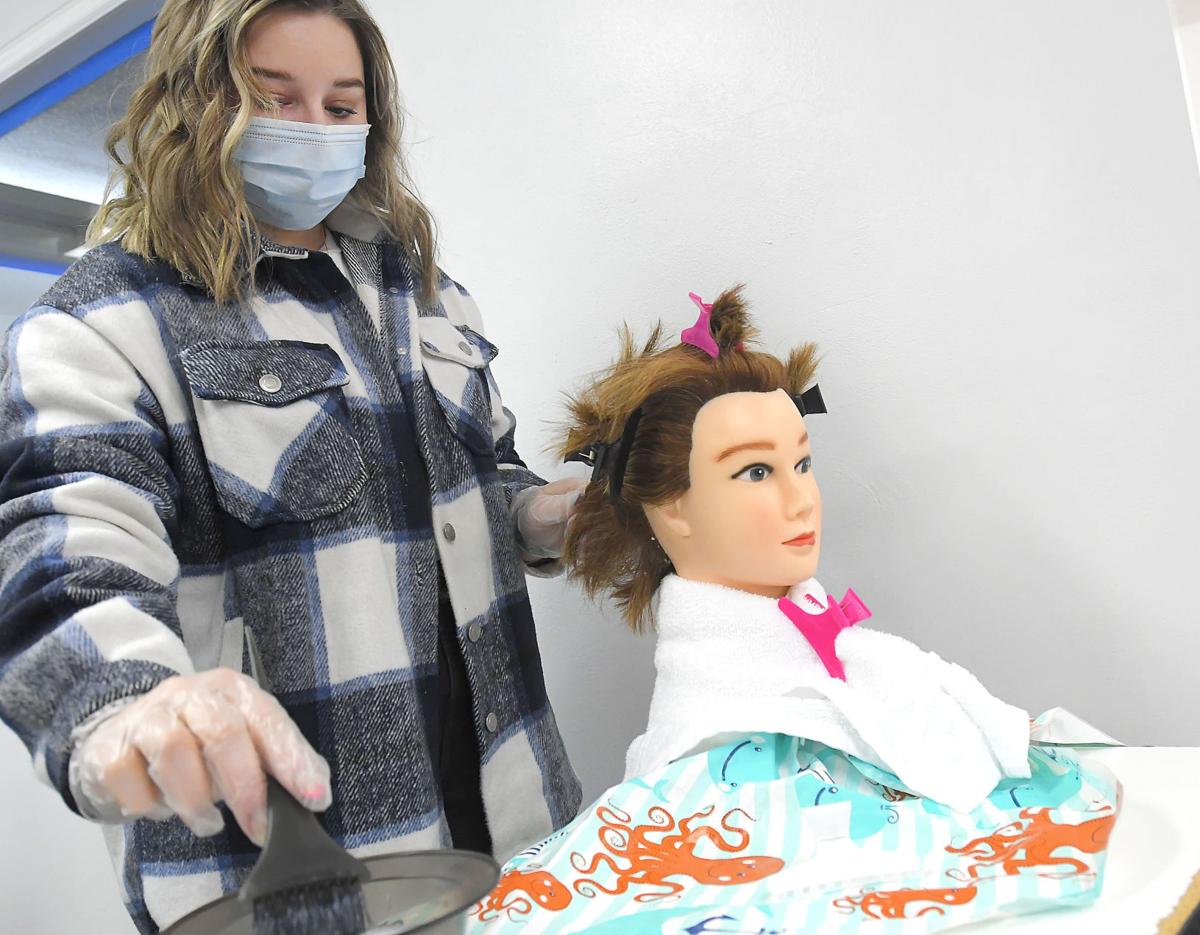 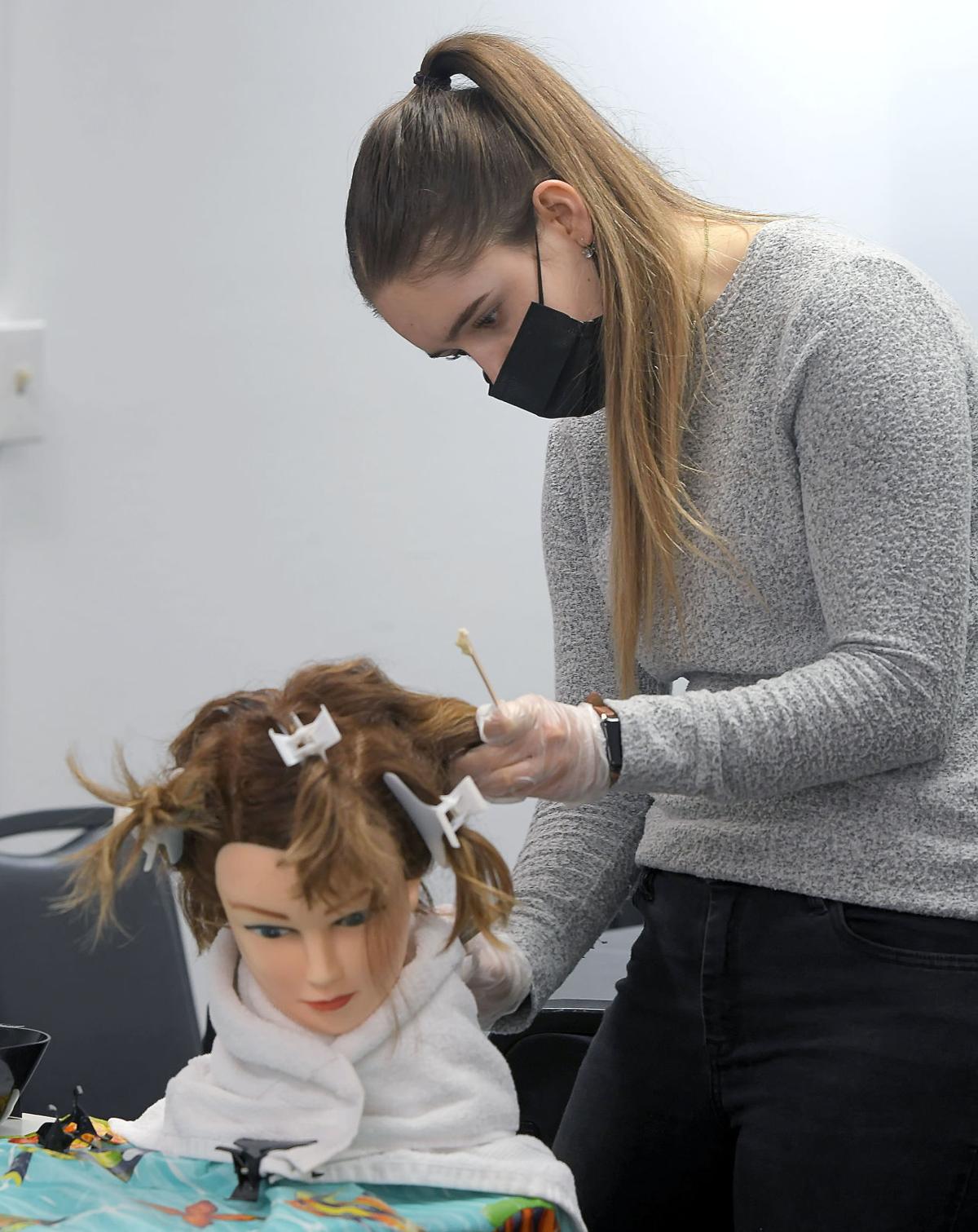 A controversial bill that aims to waive training hours and licensure for hair stylists who don’t use chemicals has passed the Senate and is now in the hands of the House’s Business and Labor Committee.

Currently, there are no "blow-dry bars" in Cache County.

But Amy Lowe, who owns New Horizon Beauty College in Logan, said if Senate Bill 87 passes in the House and is signed into law, it could pose a public safety risk.

A hindrance or help?

If a stylist or salon “only dries, styles, arranges, dresses, curls, hot irons, shampoos, or conditions hair,” they would be exempt from the Department of Professional Licensing’s cosmetology standards, according to Senate Bill 87 — introduced by District 16 Sen. Curtis Bramble.

Both of Cache County’s State Senators — Chris Wilson, R-Logan, and Scott Sandall, R-Tremonton — voted in favor, though Wilson said he was torn going in.

Although not one of the bill’s sponsors, local Sen. Sandall, who represents parts of Cache, Box Elder and Tooele County, said he received more than 500 emails in reference to the bill before the Senate’s final vote.

“Most of them were just copy-and-paste regenerations of an email from people who are in the hairstyling industry, either with colleges, hairstyling judges, or individuals,” he said. “It was the same letter, so it's hard to gauge that as far as public support or non-support. … But it did cause quite a stir.”

Ultimately, Sandall said it came down to the line between deregulation for more inclusive business practices and public safety.

“In our state, we try to be on the side of the least amount of regulation that we can,” he said. “And there's always this line in licensure that you try to find between public safety and making licensure a barrier to entry. … Is it more of a benefit to have the licensure, or is it just encumbering someone else from doing a job?”

Deregulation in the industry is not a new conversation, according to Lowe.

In her career in Utah, she’s seen the hour requirements drop from 2,000 to the current 1,600 as a result, though New Horizon’s cosmetology program is still accredited to the former amount.

“It kind of makes you hot under the collar, you know,” Lowe said, “when they try to deregulate portions of your industry that you go through countless hours and spend enormous amounts of money to get licensed to do.”

At just under $10,000, the tuition at New Horizon is below the state average cost for a cosmetology program, but some cosmetology and barber schools in Utah can cost as much as $30,000.

“A huge part of their schooling is on the sanitation and the disinfection of the tools and the safety implements that we work with, so that we can keep the public safe,” Lowe said. "If you have people who just go out and do these services, without having any kind of education, they do not get taught any of those sanitation and disinfection practices, nor do they get taught about the contagious and infectious diseases that can be associated with the scalp and the skin.”

Jon Tyszko, who owns Salt Lake City Dreadlock Shop, said many of the sanitation efforts are “no-brainers,” though agreed it’s necessary to have knowledge of the risks involved for both stylists and customers.

“We don’t know if someone does have, for instance, a staph infection,” he said. “It’s not common, but it is a risk. A lot of regulations for cleanliness are 100% necessary, but when it comes to collecting 1,600 hours of experience before you go in, I don’t know.”

Though not currently required by law, Tyszko felt it important that his shop adheres to all of the safety protocols suggested by the health department, “especially in the realm of dreadlocks, since they have a reputation of being dirty.”

“Having a clean shop and following those rules is what we offer to our clients, so they can be confident in their safety” he said. “So for us specifically, in our industry, since we’re not doing anything with cuts or chemicals, this (deregulation) would be good. For other stylists, I don’t know.”

Lowe argued even when not using chemicals, education is important for stylists who braid — especially when extensions are introduced.

“When you're putting hairpieces into the hair, you've got to know how the hair can handle all of that weight going in,” she said. “You can cause baldness with that, and there's all these things that go with it.”

As the law stands, the Department of Professional Licensing is in charge of compliance to cosmetology licensure and standards.

There is “a full-time person for the beauty industry that regulates, follows up with and traces down complaints,” Sandall said, “and the fine is a cease-and-desist order and $500 for someone who steps outside (of their licensure). If this bill were to pass, that was helpful for me to know that it wasn't just someone's going to complain, but no one was willing to act if if there were bad actors.”

Sandall said one critical component to the passage of S.B. 87 in the Senate was the amendment that there were safety protocols that have to be followed.

“At these ‘blow-dry bars,’ or someone just wanting to shampoo and style, they’re required to report to the health department and abide by health department rules for safety,” Sandall said. “They also have to post somewhere visible that they’re not a stylist, only able to wash, blow dry and style.”

The standing committee for business and labor in the house— of which Rep. Casey Snider, R-Paradise, is assigned — met on Wednesday, though the bill was not listed on the agenda.

Snider did not return requests for comment by Thursday’s print deadline, and it is unknown when the bill will next be discussed.

Though the bill has not yet passed out of committee to go before the full House of Representatives, Rep. Dan Johnson, R-Logan, said the passage of the bill “would be a hurtful thing to do at this time” in light of the struggles the pandemic has put on those in the beauty industry.