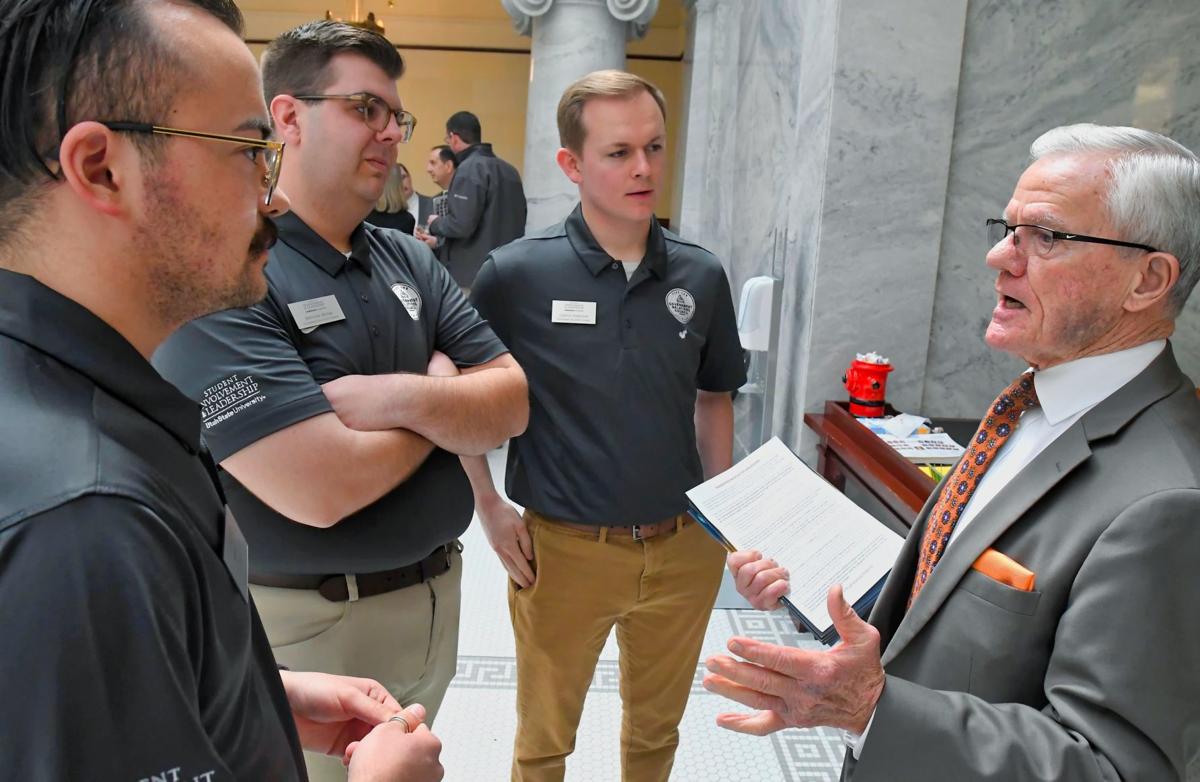 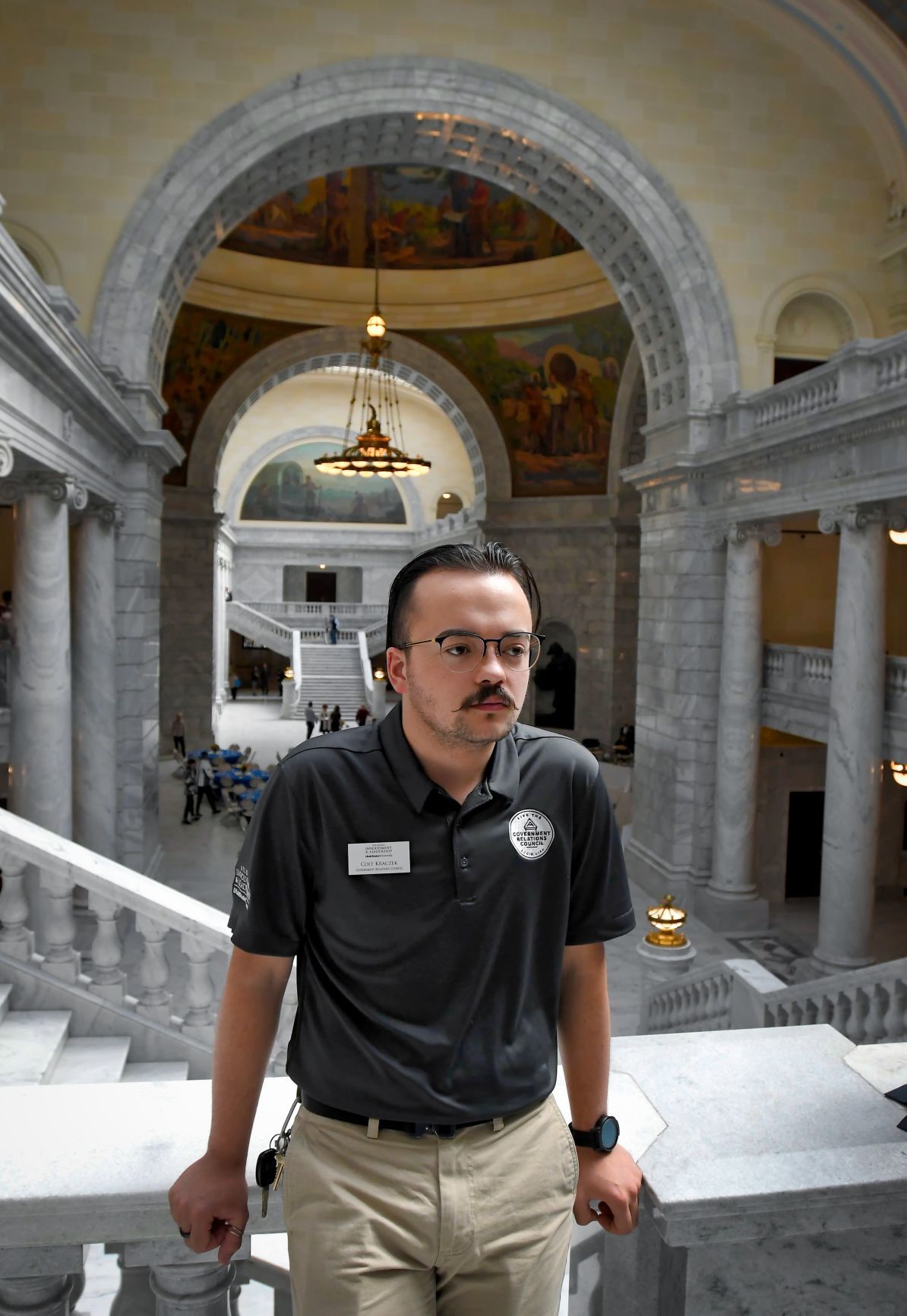 Early Wednesday morning, eight USU students made their way to Utah’s Capitol Hill to address legislators about their interests and concerns.

These students, all of whom are part of the Government Relations Council at the university, sought out local representatives in order to discuss current and possible future programs that could benefit students and teachers alike.

After gathering everyone under the marble staircase to prepare, Paulina Rivera-Soto, the USU student advocate vice president, reminded the other students that they were there to represent the other students, not the school as a whole.

“I was really nervous when I first started talking,” Colt Kraczek said. “But the more I listened, the more I understood and began to feel comfortable.”

Kraczek grew up in rural Idaho, and before moving to Logan for school, he had never really experienced a community larger than his hometown, which has a population of around 500 people.

He said he really appreciated talking with Rep. Dan Johnson, R-Logan, because of his background in education and experience in a rural community.

“I’m so average it is not even funny,” Johnson said. “But I had good teachers that helped me out and I have tried to do the same for others.”

Johnson shared stories with the students about losing his parents at a young age and relying on his teachers as mentors.

This led to a conversation about college access advisers, which has been a recent focus of the Utah System of Higher Education. With the efforts for implementation starting in 2019, the goal is to have college advisers in the state’s approximately 150 public high schools by the 2021-22 school year.

This topic piqued the interest of students Bryson Behm and Carter Harrison as they joined Kraczek in talking with Johnson.

Behm and Harrison had just left a meeting with Sen. Lyle Hillyard about the same topic.

“Having a mentor can really help, especially in rural areas,” Behm said.

Johnson commended the students for getting involved and shared how what they were doing right then. Johnson is working on a bill this legislative session to allow high school students to get credit for civic engagement rather than just taking a test.

Harrison, who has had internships at USU, said he learned much more about civics by being engaged and could see more hands-on experience benefiting high school students as well.

USU student Lei Mobley agreed with Harrison as she waited for a meeting with another legislator.

“I have written letters to my representatives before, but it is different to be here in person,” Mobley said. “It is fun to see how it all works together. Being a part of the process is a powerful experience.”

Standing outside the House floor in the Capitol can be an overwhelming experience due to the swarm of lobbyists vying for the attention of different legislators, but Mobley said it is exciting to talk with them about things that matter to her and other students.

The other students all agreed.

“The best part about coming here and talking to legislators is recognizing that they are just normal people,” Behm said. “Many people distance themselves from opportunities to talk with these people but many of them live in our neighborhoods and want to talk to us. They know the issues that are important to us.”