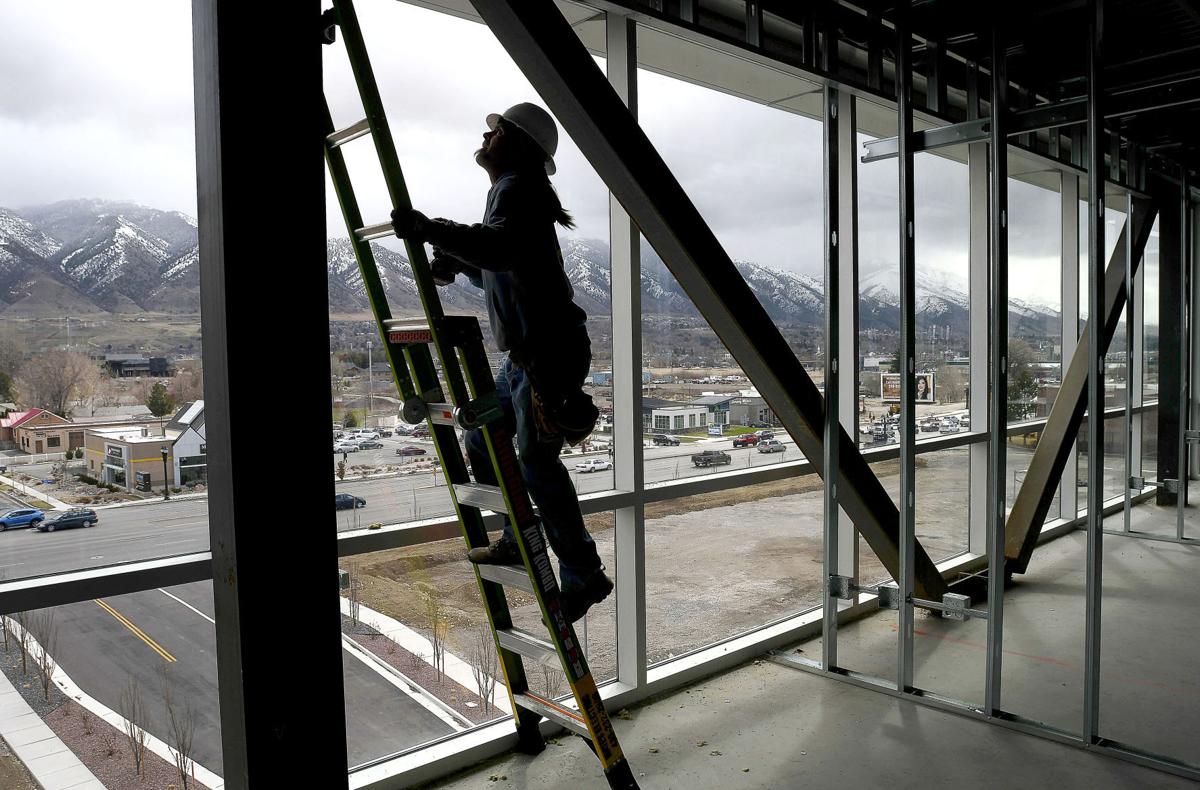 Brian Johnson does electrical work on the new Adams Wealth Advisors building on Tuesday in Logan. 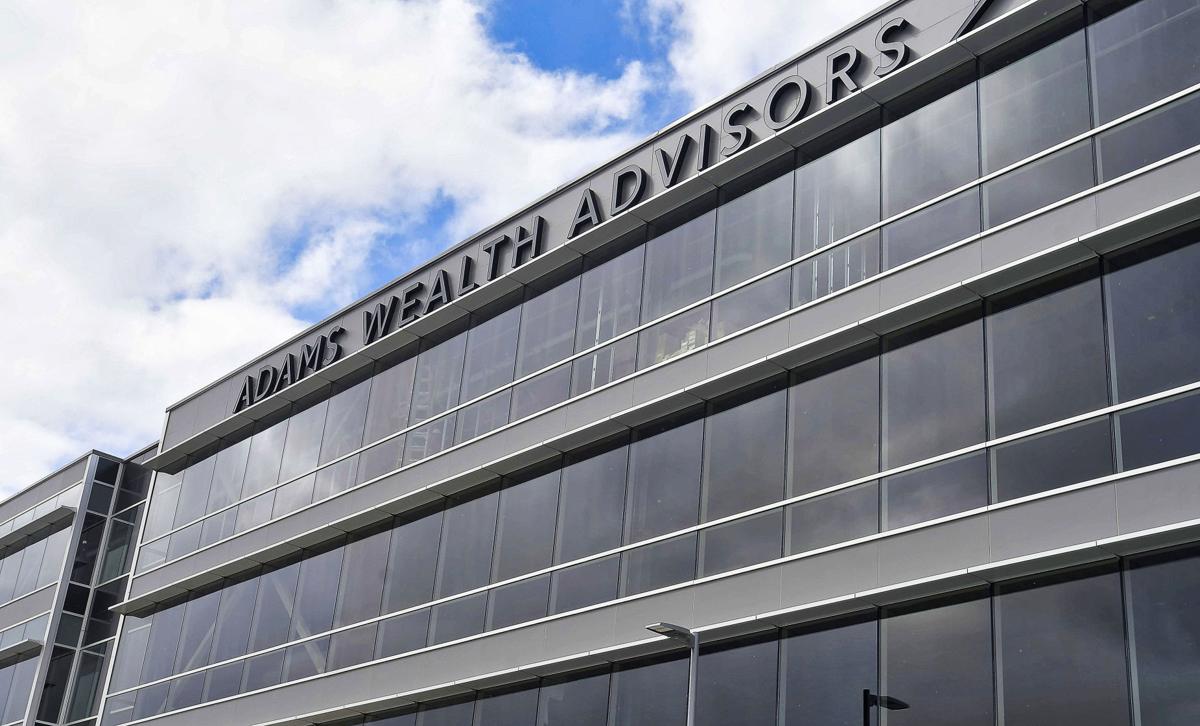 Adams Wealth Advisors is building a new building near 700 South on Main Street in Logan. 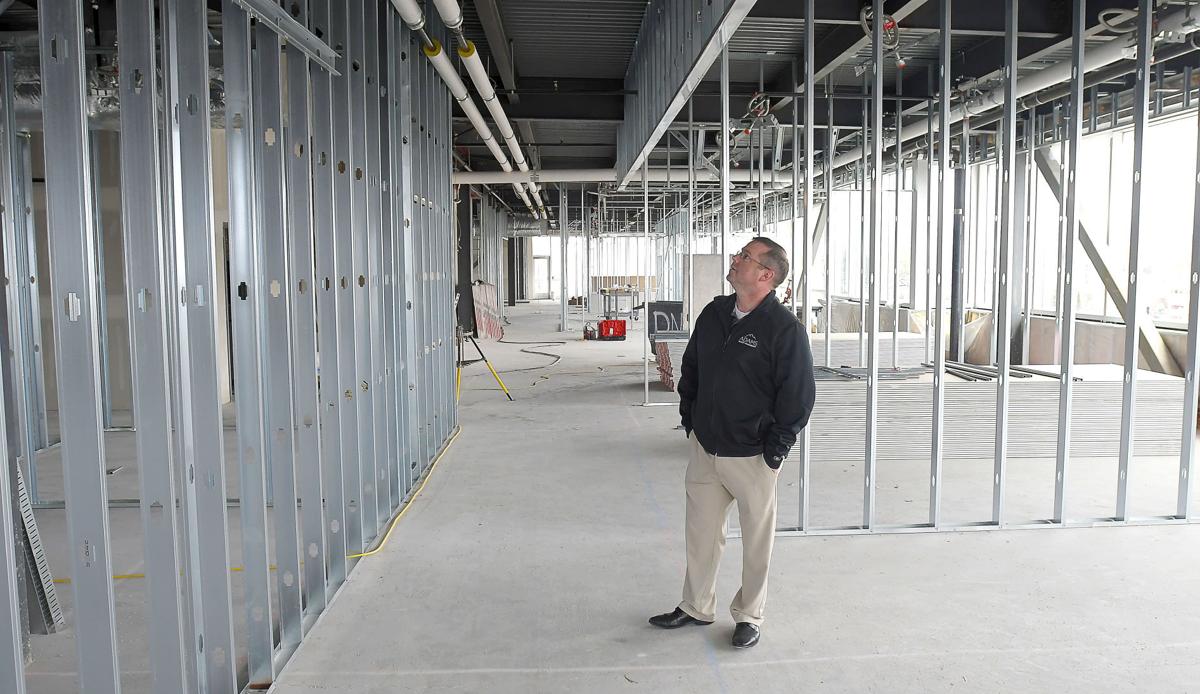 Project Manager Scott Hamblin looks over the Adams Wealth Advisors building that is being constructed on Tuesday in Logan.

Brian Johnson does electrical work on the new Adams Wealth Advisors building on Tuesday in Logan.

Adams Wealth Advisors is building a new building near 700 South on Main Street in Logan.

Project Manager Scott Hamblin looks over the Adams Wealth Advisors building that is being constructed on Tuesday in Logan.

Logan motorists have gotten a front-row seat this past year to construction of one of Cache Valley’s most distinctive buildings — a 60,000 square-foot steel and glass structure that dominates the cityscape near the “Y” on South Main Street.

But just when this building with the “Adams Wealth Advisors” sign on the top floor looked ready to open, the flurry of activity there stopped, and the structure has sat mostly silent since the beginning of 2021.

The time-lapse is not a reflection of any unseen problems, nor is it related to a sealed lawsuit involving Adams Wealth Advisors that the public has been unable see, according to building manager Scott Hamblin.

“The reason there is a delay is because Big D (the contractor) built faster than we anticipated, and we had a change in tenants on two of the floors, so we keep redesigning what the layout is going to be,” Hamblin said. “Now that we finally finalized that, we’re moving forward.”

Although its name is displayed on the building in large letters, Adams Wealth Advisors, founded by local investment specialist Craig Adams, is not the owner of the building. It’s a project of Logan Business Gateway, a company with three majority owners, including Adams, and about a dozen minority owners.

“A lot of people think that Adams Wealth Advisors built that building, and that is incorrect,” Hamblin said, noting that the commercial office project is entirely separate.

“I can’t obviously share too many details,” Hamblin said about the legal case. “Adams Wealth Advisors is in the lawsuit with another entity, but that hasn’t affected the building. It has nothing to do with the building.”

The lawsuit was filed in First District Court on Jan. 13, 2020, and Judge Angela Fonnesbeck granted a motion to classify the case as private on April 19 of that year. The reason for this is not available in court records, but the opposing parties in the suit are listed.

Bohm didn’t return a phone call from The Herald Journal this week, but one of his attorneys, Jared Braithwaite of the Maschoff Brennan Intellectual Property Law Firm, said the suit includes a counterclaim against Adams by the defendants — the details of which he could not reveal because of the sealing of the records.

Also representing Bohm and Core Capital is Keith Woodwell, former head of the Utah Division of Securities who has returned to private practice.

Back on the subject of the building, Hamblin noted that tenant negotiations are ongoing, but Thermo Fisher has committed to occupying the second floor and Adams will occupy most of the top floor. Both should be ready by July.

According to plans, the front of the building will have four “retail pads,” three of which have been approved by the city and will undergo construction starting in April. No retailers have committed to these spaces yet, but Hamblin said a restaurant that he is not at liberty to reveal is “95 percent committed.”

The main commercial building, designed by HKS architects, stands out in Logan for more than just its location and appearance. Hamlin said many hurdles were cleared to make it a “Class A” structure in accordance with guidelines set by the Building Owners and Managers Association. These include threshold amounts of glass, steel and other finishing materials, plus state-of-the-art systems and easy accessibility.

Hamblin said contrary to what one might think, the coronavirus pandemic has not affected demand for commercial office space like Logan Business Gateway is offering, though a larger portion of the white-collar workforce is working from home.

“For commercial we haven’t had any COVID effect, but for the retail pads, yes,” he said. “We had two people lined up in February of 2020. They wanted us to hold a spot for them, and we wanted them to come in, we were excited, and then when COVID hit they backed out immediately and it’s been tooth-and-nail trying to get people to come in since then.”