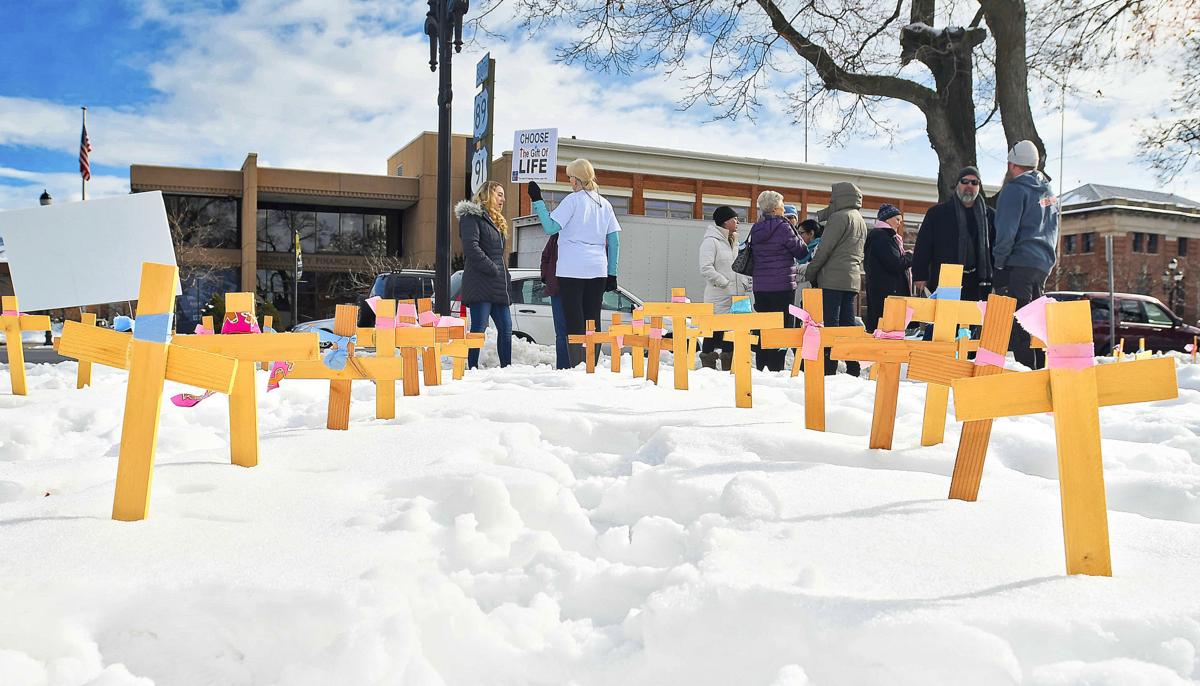 People gather at a National Sanctity of Human Life Day event on Wednesday in Logan. The crosses were set up to represent approximately 80 abortions that Cache County residents chose to have last year. 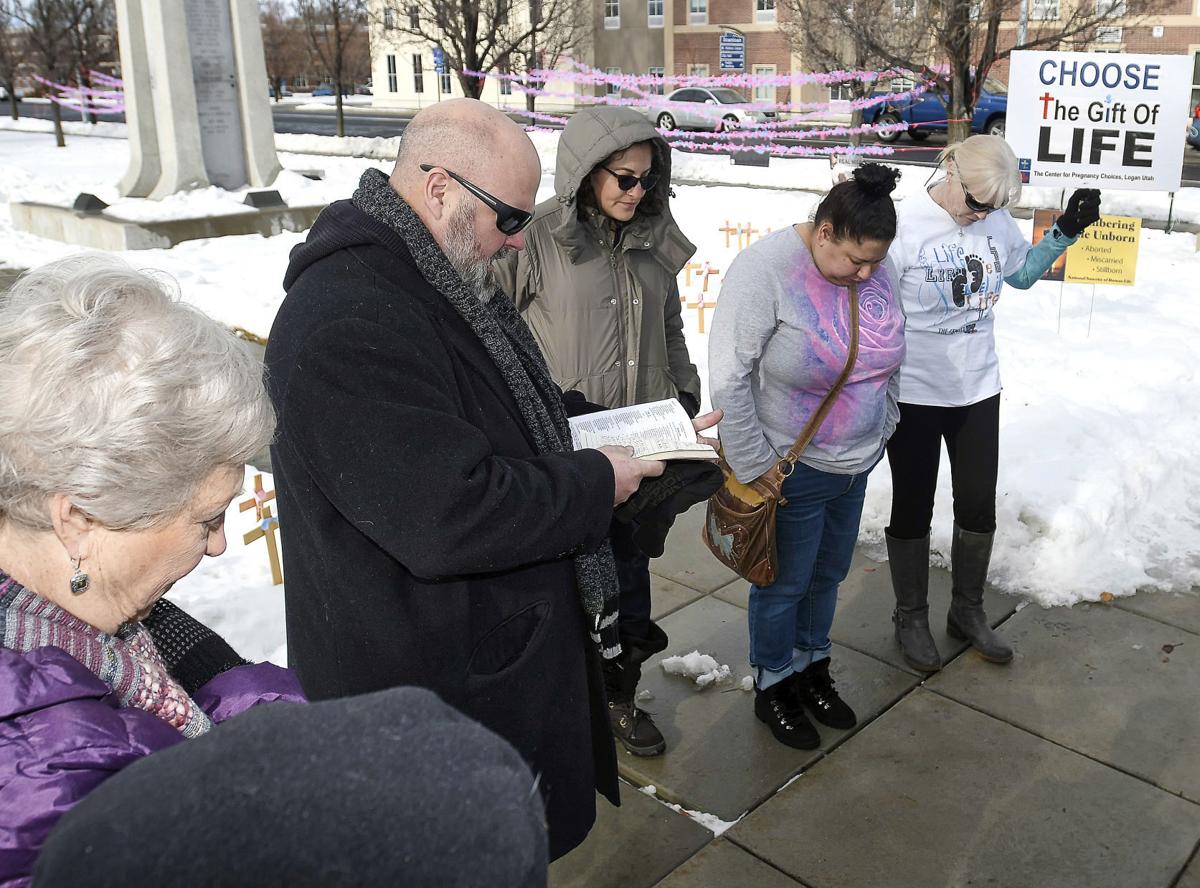 Don Woody offers a prayer during a National Sanctity of Human Life Day event on Wednesday in Logan.

People gather at a National Sanctity of Human Life Day event on Wednesday in Logan. The crosses were set up to represent approximately 80 abortions that Cache County residents chose to have last year.

Don Woody offers a prayer during a National Sanctity of Human Life Day event on Wednesday in Logan.

A small gathering of community members met together on Wednesday afternoon at the Historic Cache County Courthouse to hang 3,000 individually-tied ribbons to symbolize the abortions performed in Utah every year.

Wednesday marked the 47th anniversary of the U.S. Supreme Court’s Roe v. Wade ruling on abortion and is also recognized by abortion opponents as National Sanctity of Human Life Day.

Rachel Woody, the director of The Center for Pregnancy Options, decided that with national attention turned toward the topic of abortion, a community effort to raise awareness could yield a productive dialogue.

Woody said that she and other volunteers spent the past six weeks preparing for the event. A youth group from New Life Fellowship, a Christian church in Logan, helped tie the 3,000 pink and blue ribbons. Other volunteers helped prepare 80 wooden crosses that were displayed in the snow in the courtyard facing Main street. The crosses represented the 80 abortions in Cache County every year.

“This was really a group effort,” Woody said. “And it isn’t an event to cast judgement but to simply raise awareness. We hope to bring people together and start new conversations.”

The event included a pastor-led prayer and conversation about human life.

As a lifelong pro-abortion rights supporter, Erin Brewer used to steer clear of these events. However, she said she recently decided to research a little bit more into the specifics of abortion and on Wednesday on the corner of Main Street was the first time she stood in support of anti-abortion efforts.

“I feel very grateful that there are people here standing up for our unborn,” Brewer said. “The more I researched, the more I felt that somebody needed to advocate for this.”

Brewer said that as she researched she reflected back on the birth of her daughter, trying to pinpoint the moment the fetus stops being a fetus and begins to be a person.

“Because I couldn’t identify that point, I am erring on the side of life,” Brewer said.

Valerie Byrnes has spent many years educating women about the different options that are available when pregnant. Byrnes said she had a hard time getting pregnant and said that experience, although it was hard, opened her eyes to the value of life.

“Life is so precious,” Byrnes said. “It makes me value each new little life because for me it was harder to get.”

Byrnes discussed the mental and physical toll from abortion that is sometimes left unexplained as well as the overall lack of communication surrounding this topic.

“We know that it is a hard decision,” Byrnes said. “We are standing here today to show that there are resources and options.”

The Utah March for Life is on Saturday at 1 p.m. There will be a short program in the Utah State Capitol Rotunda prior to an organized march around the Capitol block.