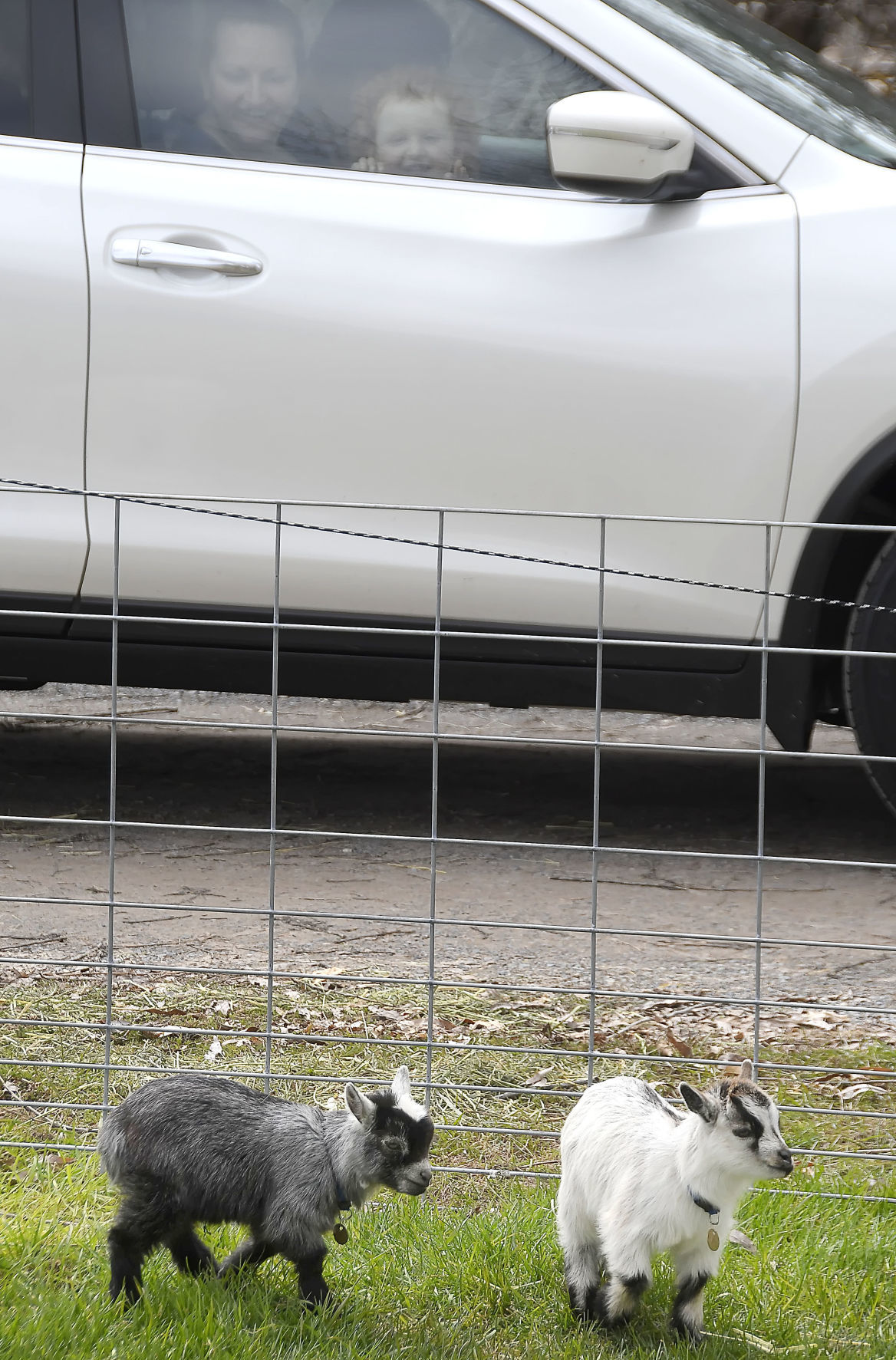 People look at kids during a drive-thru Baby Animal Days at the American West Heritage Center on Wednesday. 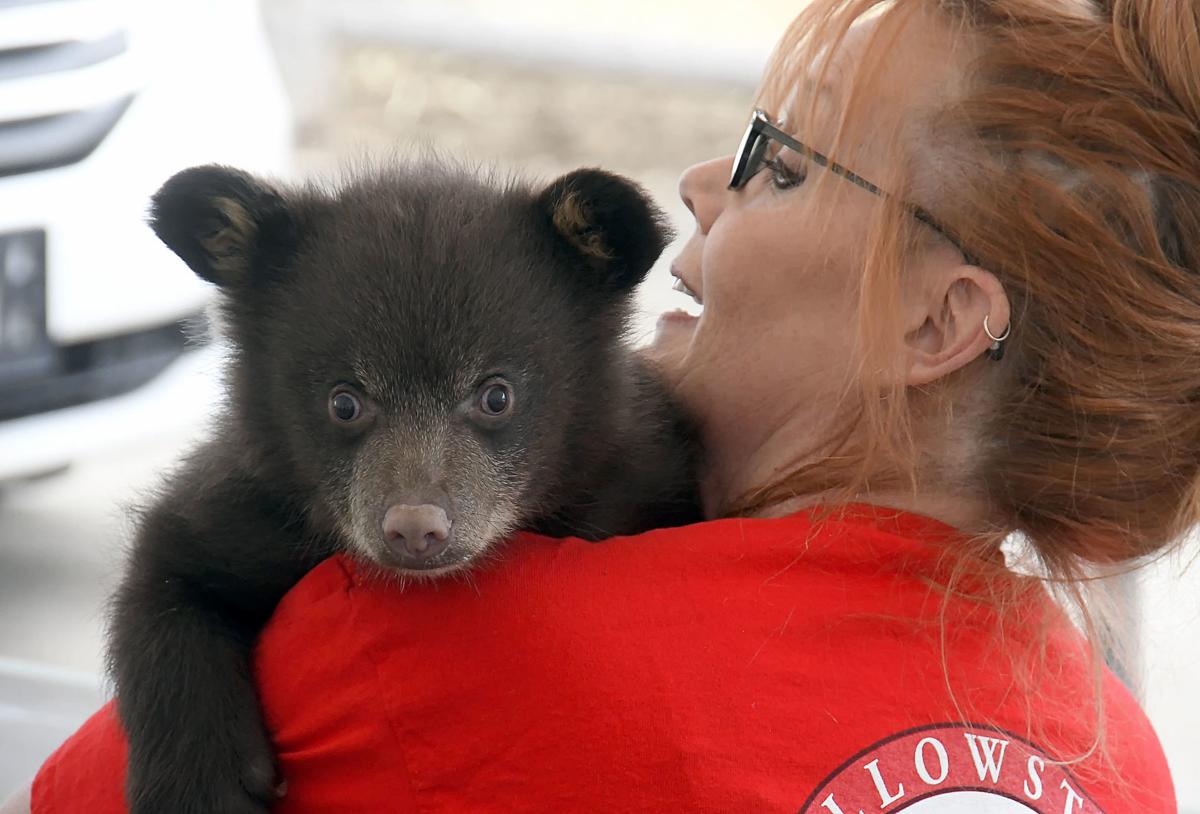 Taryna Johnson, from Yellowstone Bear World, holds a cub during a drive-thru Baby Animal Days on Wednesday at the American West Heritage Center in Wellsville. 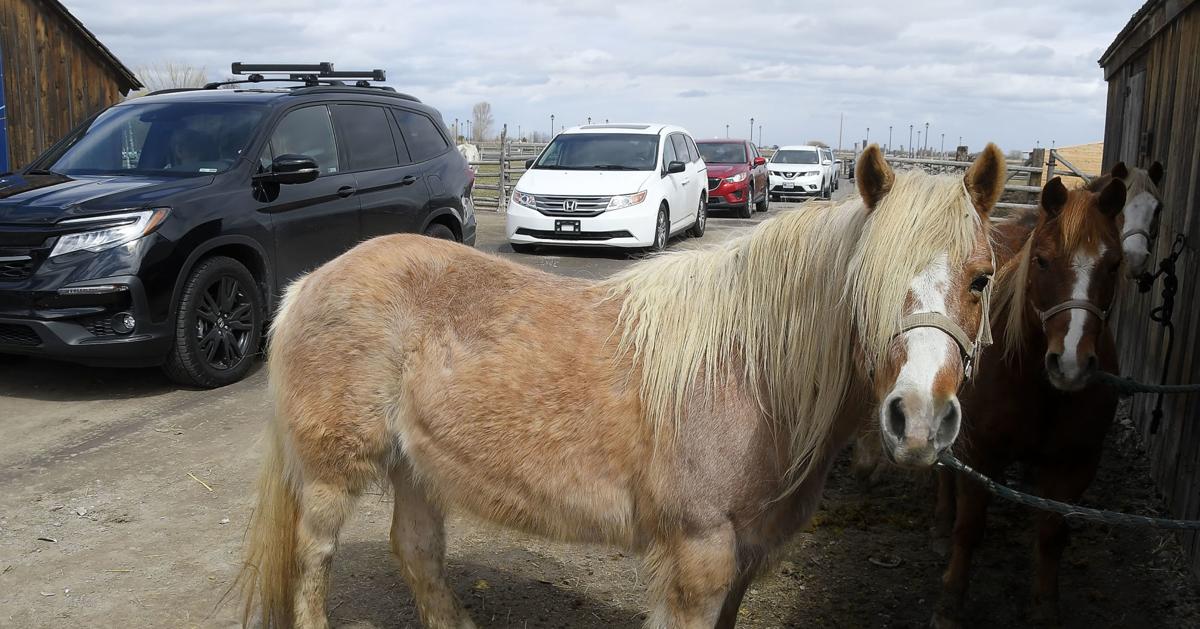 People drive through the American West Heritage Center during Baby Animal Days on Wednesday in Wellsville.

People look at kids during a drive-thru Baby Animal Days at the American West Heritage Center on Wednesday.

Taryna Johnson, from Yellowstone Bear World, holds a cub during a drive-thru Baby Animal Days on Wednesday at the American West Heritage Center in Wellsville.

People drive through the American West Heritage Center during Baby Animal Days on Wednesday in Wellsville.

Faces pressed up against the inside of car windows as the winding parade of vehicles meandered through the American West Heritage Center on Wednesday afternoon on the first day of the annual Baby Animal Days event — but this year as a drive-through edition.

While other events like this one have been cancelled due to COVID-19 precautions, the staff at American West Heritage Center decided that with some tweaks, the four-day springtime event could go on.

None of the visitors are allowed to leave their cars or touch the animals. The cars are required to drive through the maze of animal stalls at 2 mph with the windows rolled up, and tickets are to be purchased online.

Sarah Gunnell, the rentals manager at AWHC, said there had been a steady stream of cars all Wednesday and she estimated over 300 cars had gone through the tour by mid-afternoon.

While many families have been cooped up inside with regular activities and events cancelled or postponed, Gunnell said this event gives people the chance to get out. The tour, which lasts around 20 minutes, offers guests a glimpse at baby bears, lambs, piglets, calves, kids, foals, chicks and ducklings.

“Usually we start putting this event together starting in February,” Gunnell said. “We were still feeling good about it this year until we got to March.”

She said one thing led to another and they decided to just postpone the event, but after some brainstorming they found a way to make the event accommodate the circumstances and put it all together in just 10 days.

“One of my favorite things about this event is that it provides a multi-generational experience, and it has been neat to see that continue today,” Gunnell said. “I saw grandparents pull up in one car and say their grandchildren were in the car behind them.”

Excited squeals could still be heard, if slightly, from car to car as children pointed and peered out the windows at the animals as they passed by.

Gunnell said the website has an interactive map, a scavenger hunt and other activities that can be downloaded and done at home.

“Some of the activities are ones that we would have seen our ancestors doing when they might’ve been cooped up inside,” Gunnell said.

This is generally the biggest fundraising event of the year for the nonprofit organization, and on average they have around 30,000 visitors a year. While Baby Animal Days in years past would be impacted by the weather, Gunnell said when people come through in cars, the rain isn’t a deterrent.

Tickets are $20 per vehicle and no public restrooms or concessions are available.

The event runs through Saturday, 10 a.m. to 6 p.m. Tickets along with more information can be found at www.awhc.org.