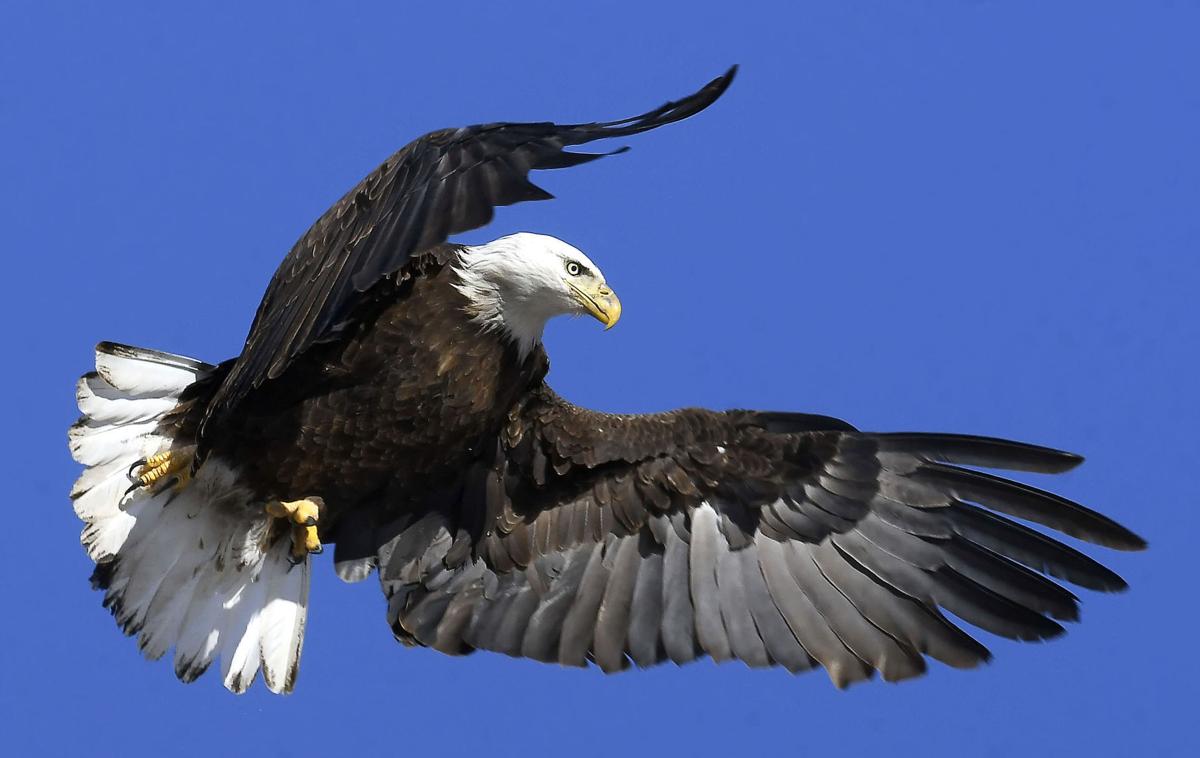 A bald eagle takes off from a power pole at Bear Lake State Park, Idaho, on Thursday. 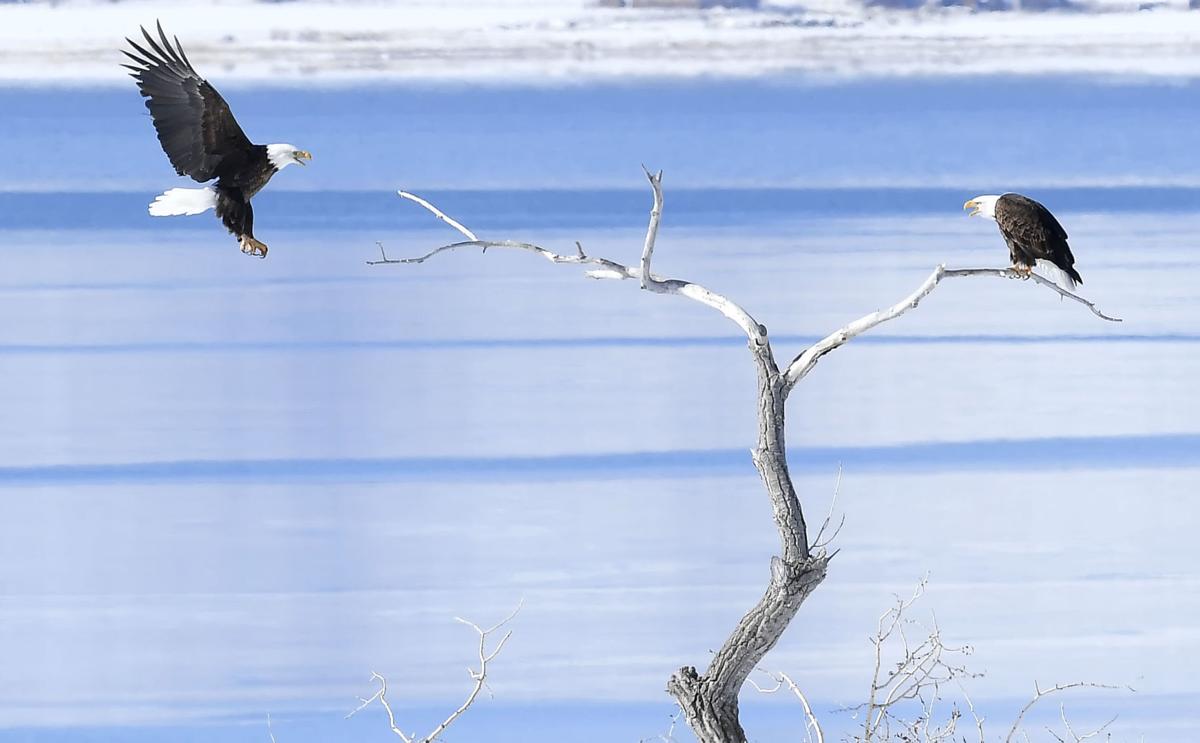 Bald eagles gather in a tree along the shore of Bear Lake State Park, Idaho on Thursday.

A bald eagle takes off from a power pole at Bear Lake State Park, Idaho, on Thursday.

Bald eagles gather in a tree along the shore of Bear Lake State Park, Idaho on Thursday.

Bald eagles aren’t a strange sight in Bear Lake this time of year, but the numbers showing up recently have caught the attention of park rangers.

“This has probably been one of the larger amounts that we’ve seen that’s come through in a long while,” said Bear Lake State Park Ranger Andy Stokes. “About 10 years ago, 11 years ago I remember seeing quite a few come through, but nothing like this.”

Stokes said on multiple days he’s counted more than 20 bald eagles, ranging from adults to juveniles. The birds are most active along the eastern half of North Beach Road in mid- to late morning. They’re most often spotted in the trees or power poles along the road, Stokes said.

Jeremy Jirak, manager of the Bear Lake National Wildlife Refuge, said he counted 56 eagles around the same area last year, because low oxygen had caused an invasive carp die-off in the marsh.

“I don’t know if the birds are smart enough to remember that, but they’re kind of hanging out at the same time this year and kind of in the same area,” Jirak said. “So I guess we’ll find out what happened.”

The dead fish were quite a ways from the road last year, Jirak said, but he’s noticed quite a few people with telephoto camera lenses and spotting scopes.

North Beach Road can get fairly busy, Jirak said, but there are plenty of turnouts. If someone pulls over to the side of the road, though, he recommends they use hazard lights.

“We’re seeing folks wanting to get out a lot sooner than normal,” Stokes said. “We’re a lot slower (in the winter), but we’re gearing up for probably a crazy summer.”