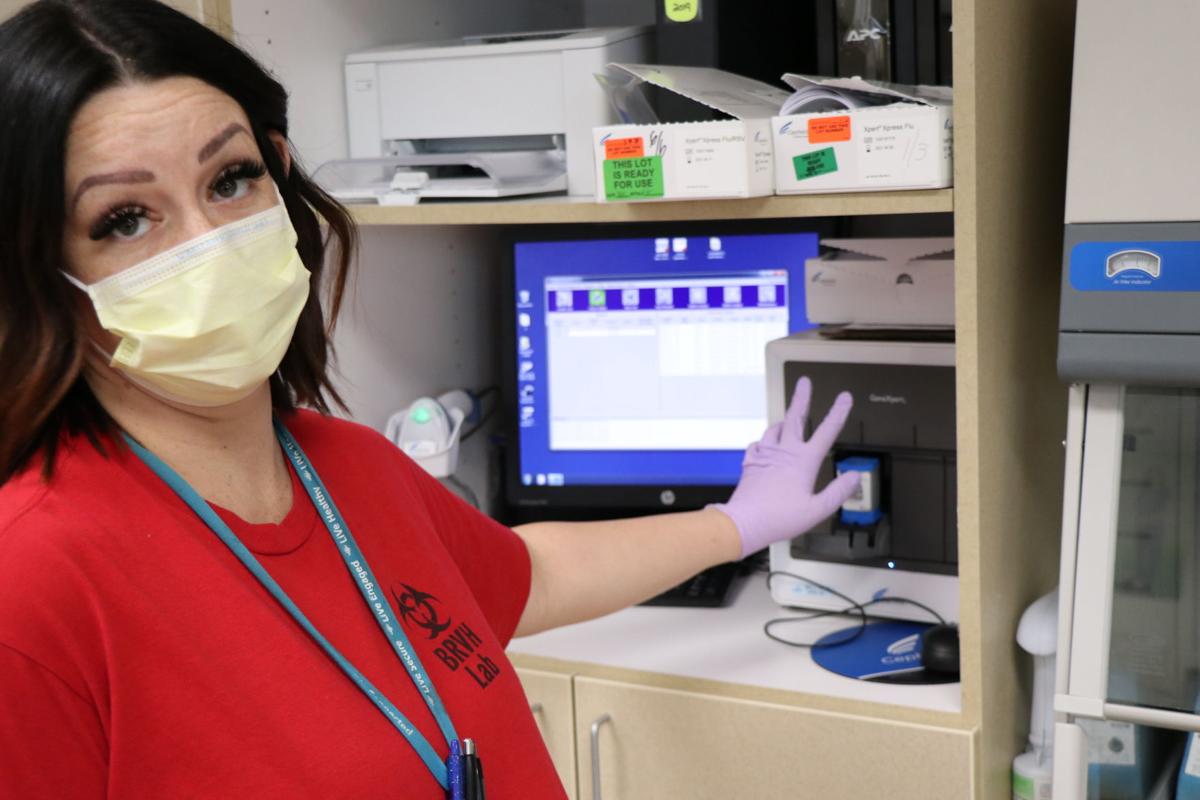 Medical Technologist Kara Dickamore talks about a machine used to process COVID-19 tests in the laboratory at Bear River Valley Hospital. The lab and other departments in the hospital have benefitted from a recently completed upgrade and renovation project. 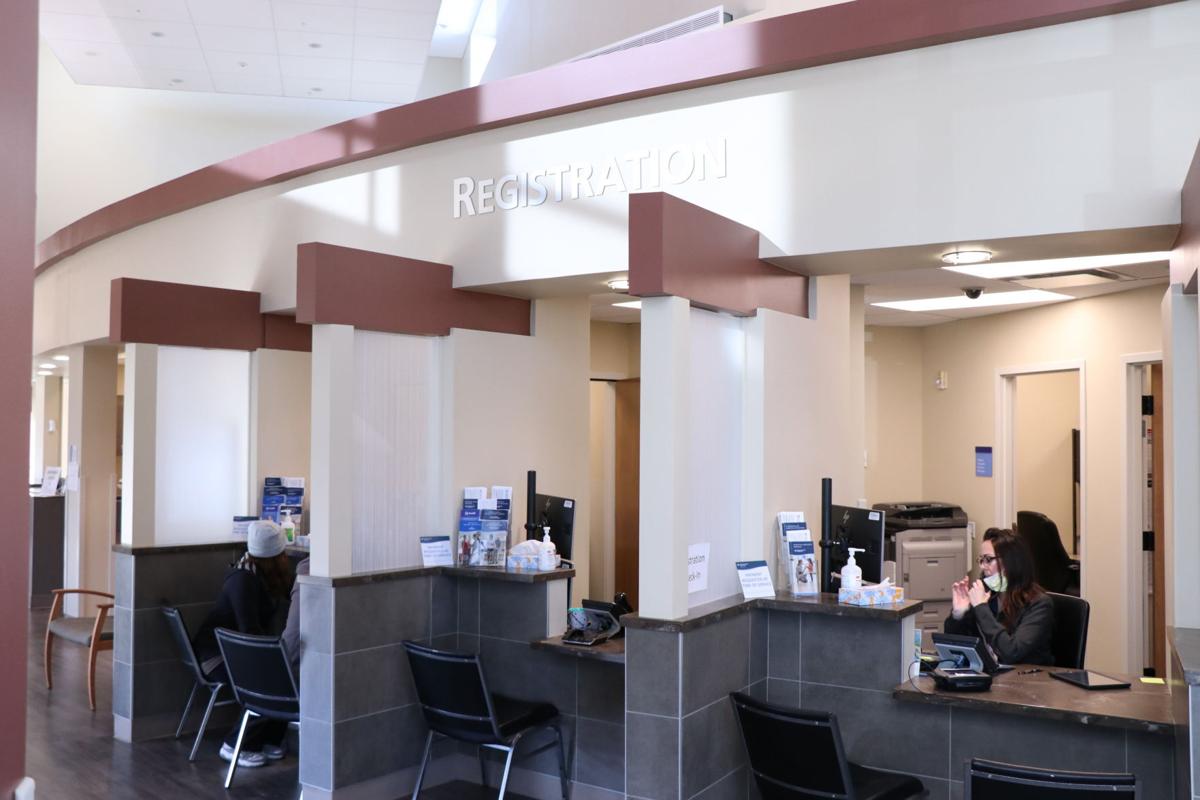 Medical Technologist Kara Dickamore talks about a machine used to process COVID-19 tests in the laboratory at Bear River Valley Hospital. The lab and other departments in the hospital have benefitted from a recently completed upgrade and renovation project.

Visitors to Intermountain Bear River Valley Hospital these days are greeted with a dynamic new look as soon as they go through the front entrance, but even more significant are the changes that have happened behind the shiny new veneer.

The Tremonton hospital recently completed a nearly $2 million remodel and upgrade of its registration and WorkMed areas, projects that have been under way since last year despite tough economic conditions brought on by the COVID-19 pandemic.

Visitors will immediately notice the new registration area, where partitions have been installed between stations for more privacy and seating areas upgraded for improved comfort.

Behind the scenes, the hospital’s WorkMed facility, which provides employment physicals, drug screening, injury care and other services for local employers and their workers, has added more space and consolidated all of its functions into one area.

Britnee Sandoval, supervisor of the WorkMed area, said the practice now has a dedicated restroom for drug screening, two exam rooms and a nurse station. Sandoval, who previously worked at the WorkMed facility at Logan Regional Hospital, joined the Tremonton hospital three years ago to help bring its WorkMed up to the standards of similar practices at other Intermountain Healthcare locations.

“Before, it was kind of spread out all around,” she said. “Injuries would be seen in the emergency room, and people would have to go down to the clinic (Bear River Clinic) for physicals. So this is a huge upgrade for us, giving us the opportunity to see a lot more patients and improve the workflow.”

That improved efficiency was badly needed, Sandoval said, especially with the rapid growth the Tremonton area has been experiencing recently. She said the local WorkMed saw a 13% increase in patient volume last year, even as other services at the hospital saw declines due to the pandemic.

“Before it would have been a struggle, but now we are very well prepared to welcome the new companies and people moving in,” she said. “We’re able to maintain that small-town feel where people go out of their way to help each other, whilst adding in the expertise and experience from other WorkMeds.”

Consolidating the WorkMed practice has also helped the clinic and other departments by opening up spaces that were previously used to serve WorkMed patients.

“Close to everyone in the hospital has been affected by it,” she said. “It’s basically a reinvention of our WorkMed.”

Hospital Administrator Brandon Vonk said it had been clear for some time that such a change would be needed to handle the growth in the area, and Intermountain stepped up with the funding to make it happen even as the hospital was losing money during the pandemic.

“As we think about the community members and jobs and professions here locally in our market, we wanted to be real thoughtful about what kind of services we’re going to offer,” Vonk said. “It’s pretty evident that WorkMed is used by a great majority of these larger businesses, so we felt like we needed to make and investment there. Intermountain was really supportive when they recognized our market needed that type of support.”

He said a few local trucking companies pitched in to help with the cost of the project “just because they’re grateful to have WorkMed in our hospital,” further underscoring the need for such services.

The hospital’s efforts at improving its services in recent years have not gone unnoticed, as it was recently named a “Top 100 Rural & Community Hospital” by the Chartis Center for Rural Health.

According to a press release, the Chartis center compiles its annual list based on 36 indicators across “eight pillars of performance including market share, quality, outcomes, patient perspective, cost, charge, and financial efficiency.”

Vonk said the recognition is an affirmation of the hospital’s efforts to make dramatic improvements over the years, not only in terms of the services it offers, but in the safety of those services as well.

“We’re committed to being financially sound, but we also want our community members to be safe,” he said.

While some rural hospitals have been closing their doors, being singled out among the many that remain in operation “is a pretty remarkable feat for us, especially with the pressures applied by COVID.

“It gives us an opportunity to brag a little bit,” he said.