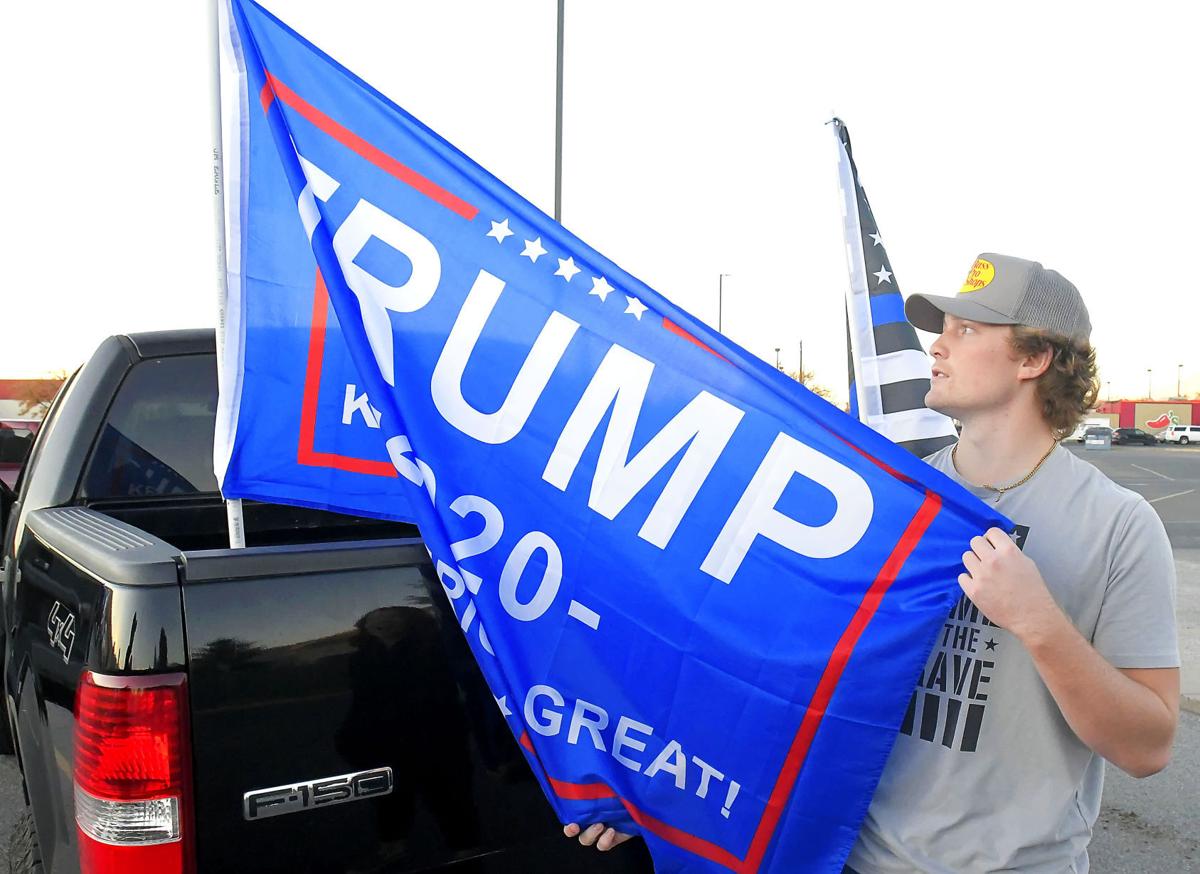 Payton Cox puts a Trump flag onto the back of his truck before driving down Main Street in Logan on Monday. 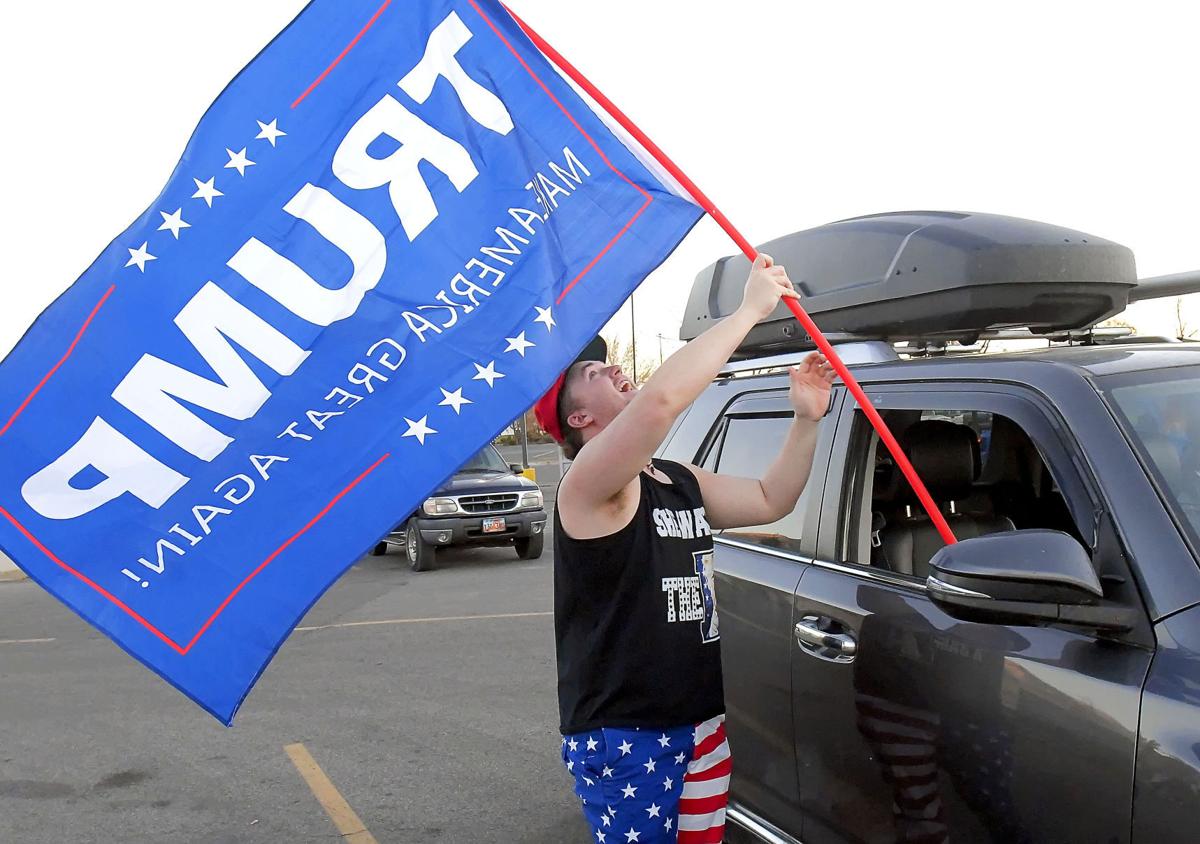 Sam Mason unfurls a Trump flag before driving down Main Street in Logan on Monday.

Payton Cox puts a Trump flag onto the back of his truck before driving down Main Street in Logan on Monday.

Sam Mason unfurls a Trump flag before driving down Main Street in Logan on Monday.

On the eve of Election Day, a group of Utah State University students organized a parade down Main Street to rally for President Donald Trump, though feelings on the outcome were mixed among the 20 trucks, SUVs and one Honda Civic that participated.

“I’m honestly a little nervous,” said Corey Wettstein, who helped organize the event and posts on the groups Instagram page. “I just feel like (Trump) has good support, but we don’t know, because I think Biden does, too. I think it goes both ways.”

Grace Henderson, who started the “USU for Trump” social media page, said she thinks “the silent majority will pull through” once again, despite former-Vice President Joe Biden polling ahead in eight of the swing states with the most delegates.

“I mean, different states have been polled going back and forth,” said the Texas-native. “One day, it’s a red state; one day, it’s a blue state. And so I’m anxiously waiting to see what happens. But ultimately, I’m just ready for this election season to be over.”

Others had no doubt in their mind who will be victorious in the presidential race.

“I’ve never trusted the news and I don’t trust the polls,” one man said. “I just know he’s gonna win. Back four years ago, they said Hillary Clinton was ahead of him. We knew better than that.”

Grant Lesser, of Smithfield, said “at the end of the day, we will bite our tongues, and we will respect whoever wins, but I think that there’s more support for Trump this year than there was in 2016.”

In fact, another woman who wished to remain anonymous said if she were asked who she was voting for at a polling site, she would probably lie.

Though she felt comfortable driving in the parade with her SUV emblazoned with Trump and “Don’t Tread On Me” flags, she “wouldn’t stick them outside my house.”

This kind of division and fearfulness is unfortunate, said Riley Holland, who helps with the Facebook page Cache Valley Patriots, especially as it trickles down to families, and patriotism gets confused with partisanship.