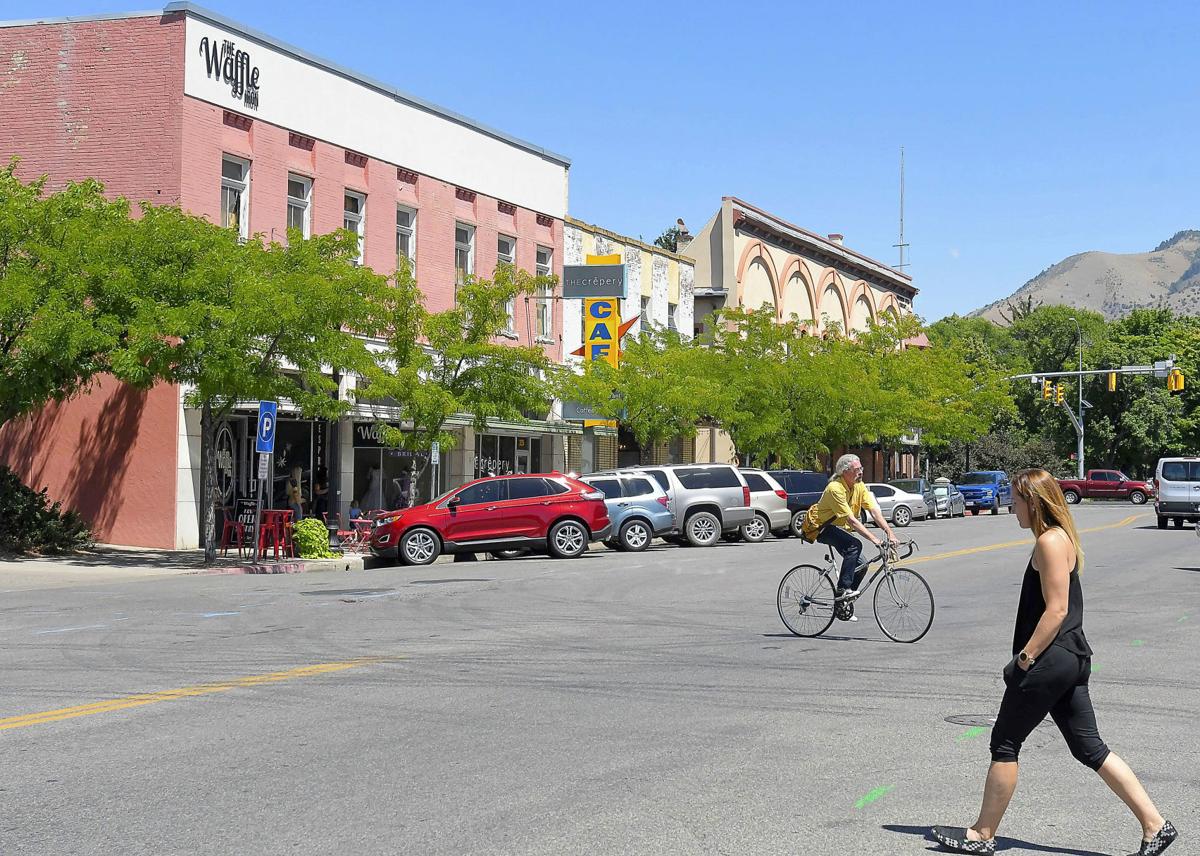 Construction to update Center Street in Logan will begin next week.

This rendering shows a planned design for an arch over Center Street as part of a redesign under construction.

Construction to update Center Street in Logan will begin next week.

This rendering shows a planned design for an arch over Center Street as part of a redesign under construction.

After more than a year of making plans for a project to redo Center Street in downtown Logan, construction will finally begin on Monday.

“This is the first step and a key component of our downtown revitalization efforts,” said Mayor Holly Daines.

Plans for the Center Street update include widening sidewalks by four feet, updating the infrastructure and adding center-block pedestrian crossing. New trees will be planted and small plaza-type areas for outdoor gathering and dining will be added as well.

Mark Anderson, the owner of Anderson’s Seed & Garden, said he is excited about the safety and accessibility improvements the project will bring.

“I can hardly wait to see how beautiful Center Street is when we are all done,” Anderson said.

Construction is slated to be finished by mid-November. Gary Saxton, director of the Logan Downtown Alliance, said it is important for everyone to know Center Street is still open for business during the project.

“Center Street is closed to vehicular traffic, but not to pedestrian traffic,” Saxton said.

People visiting Center Street can use the mid-block parking on either side of the street. According to Saxton, all the businesses on Center Street have front and rear access, and most of the back doors are open to the public.

The plan is to keep front-door access to the buildings open for most of the project. However, Saxton said these doors may be briefly blocked, most likely for less than a day, due to utility work occurring right at that junction of the building and the sidewalk.

According to Saxton, buildings that do not have rear public access will be given two weeks prior notice so they can plan accordingly.

The Utah Theatre is one of the buildings that only has public access at the front door, but the theater’s manager, Gary Griffin, said he isn’t concerned.

“We don’t show movies every day and we only show them at night, so I don’t think it is going to affect us too much,” Griffin said.

Saxton said he wants the public to visit Center Street during the project so they feel connected to what is happening downtown.

“Don’t stay away. Come down and see what is happening,” Saxton said.

One way the Downtown Alliance is trying to involve the public in the project is by creating a public art installation on the construction barrier that will help protect pedestrians from the work zone.

Anyone is welcome to submit artwork and more information about entries can be found at logandowntown.org/center-street.html. Weekly prizes of $50 to spend at Center Street businesses will be given to participants.