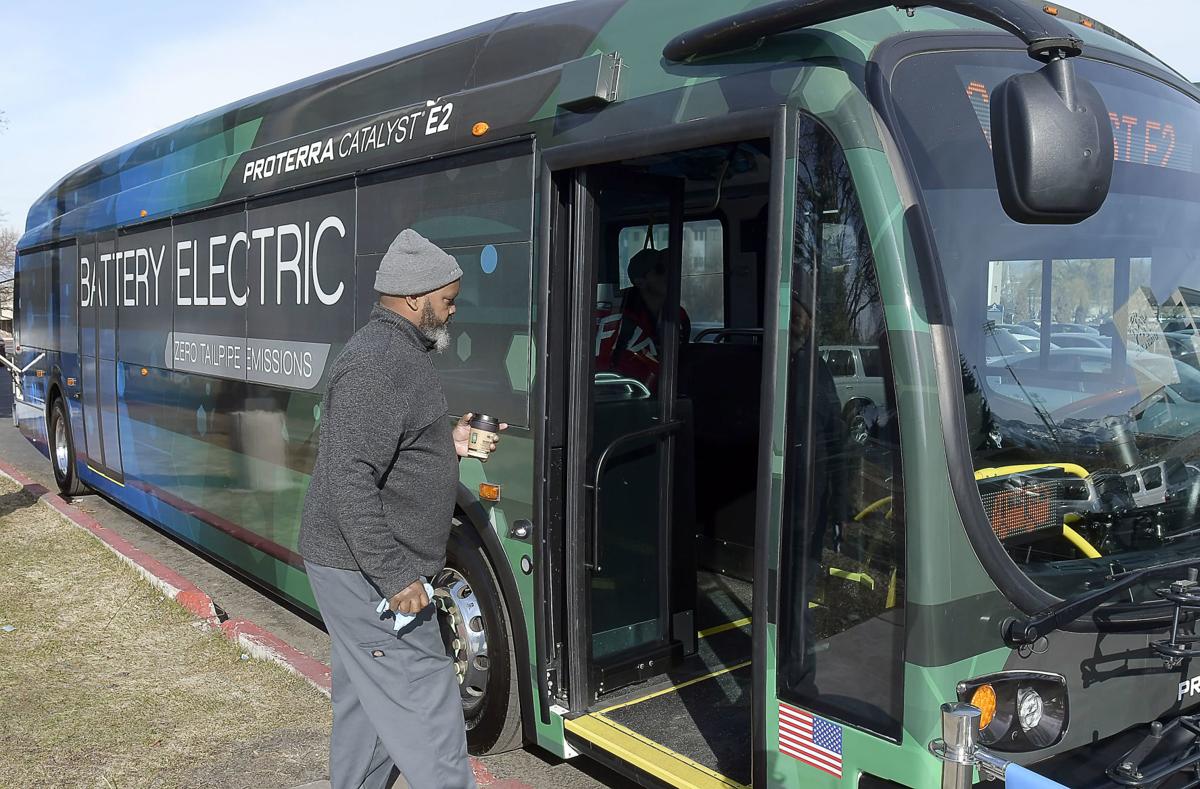 Chester Smith enters a Proterra electric bus that was on display Monday at USU. 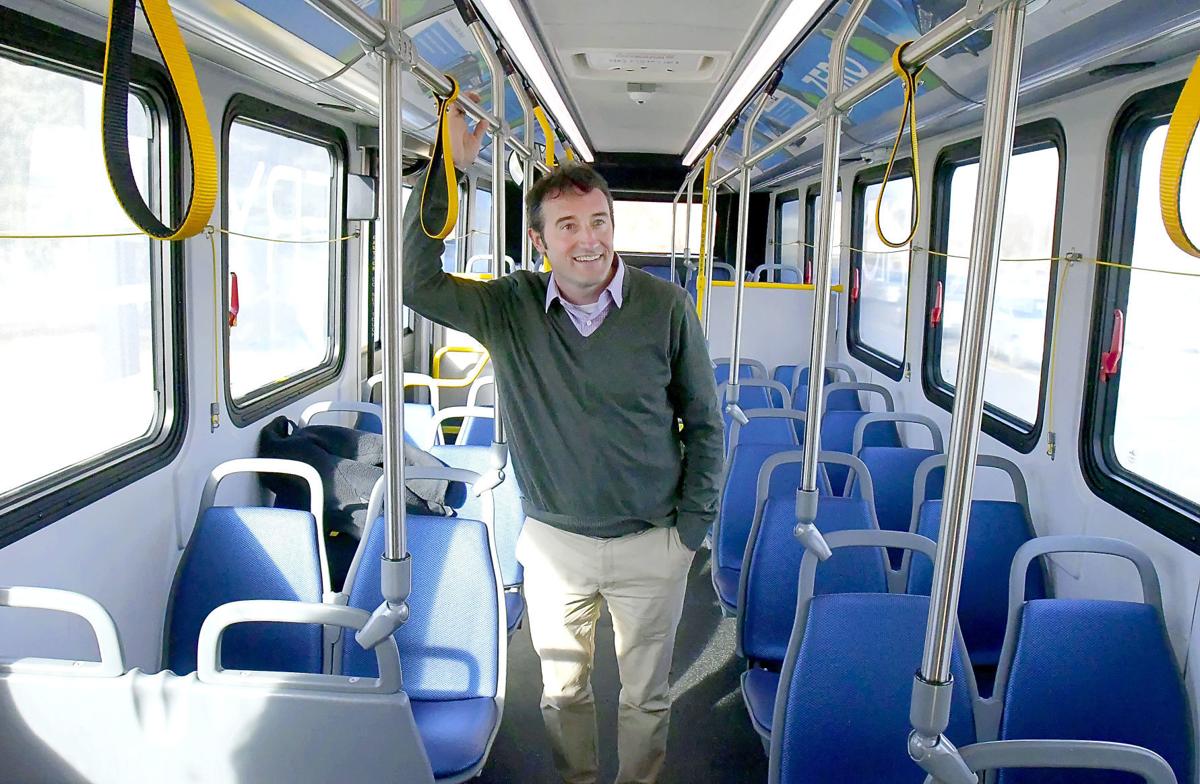 Patrick Belmont looks at the inside of a Proterra electric bus that was on display Monday at USU.

Chester Smith enters a Proterra electric bus that was on display Monday at USU.

Patrick Belmont looks at the inside of a Proterra electric bus that was on display Monday at USU.

Currently there are 11 campus buses at Utah State University running on natural gas. With a lifespan of six and a half years, discussion has started around other options to replace outgoing shuttles.

“As an electrical engineer we are always looking at reducing energy and increasing efficiency on campus,” said Mark Holt, the organizer for Monday’s electric bus demonstration at Maverick Stadium.

Holt invited Proterra, an electric bus company, to show their vehicles to the community in part with USU Sustainability.

“Our transit buses are nearing the end of their lives, and while the university is looking at replacing them, I wanted to explore the option of electric shuttles,” Holt said.

According to Holt, the low emissions of an electric bus are a big selling point.

Transport operator for Proterra Chester Smith said that he travels the country showing the shuttle up to three times each week.

“Our buses have less wear and tear on the roads and on the brakes,” Smith said. “They are low-maintenance, have fewer moving parts and are more sustainable than other buses.”

James Nye, director of Parking and Transportation, presented a department report at the last USU Faculty Senate meeting where he briefly mentioned considering other types of shuttles on campus.

Nye picked the conversation up again after Monday’s demonstration.

“Our current buses are a clean and environmentally friendly way to transport students,” Nye said. “All discussion around our retiring buses is very preliminary right now because we have to do studies to see if we can afford electric buses and determine what students really want.”

“You know, it’s a selling pitch that we might make our money back and then some with electric buses, but they are going to have to show us that savings,” Nye said.

“The next step is electric,” Nye said, “but the cost is tremendous.”

Zion National Park, Bryce Canyon National Park and Park City have added electric buses to their fleets. The buses take 4-6 hours to fully charge, but that charge will get them 150 to 180 miles.

Talk of electric buses at USU has been happening for most of the last decade.

In 2012, USU’s Innovation Campus created The Aggie Bus, the first bus developed and designed by a North American organization that is charged with wireless power transfer technology. The USU spin-off company Wireless Advanced Vehicle Electrification teamed up with University of Utah and the Utah Transit Authority in 2014 to bring WAVE technology to Salt Lake City.