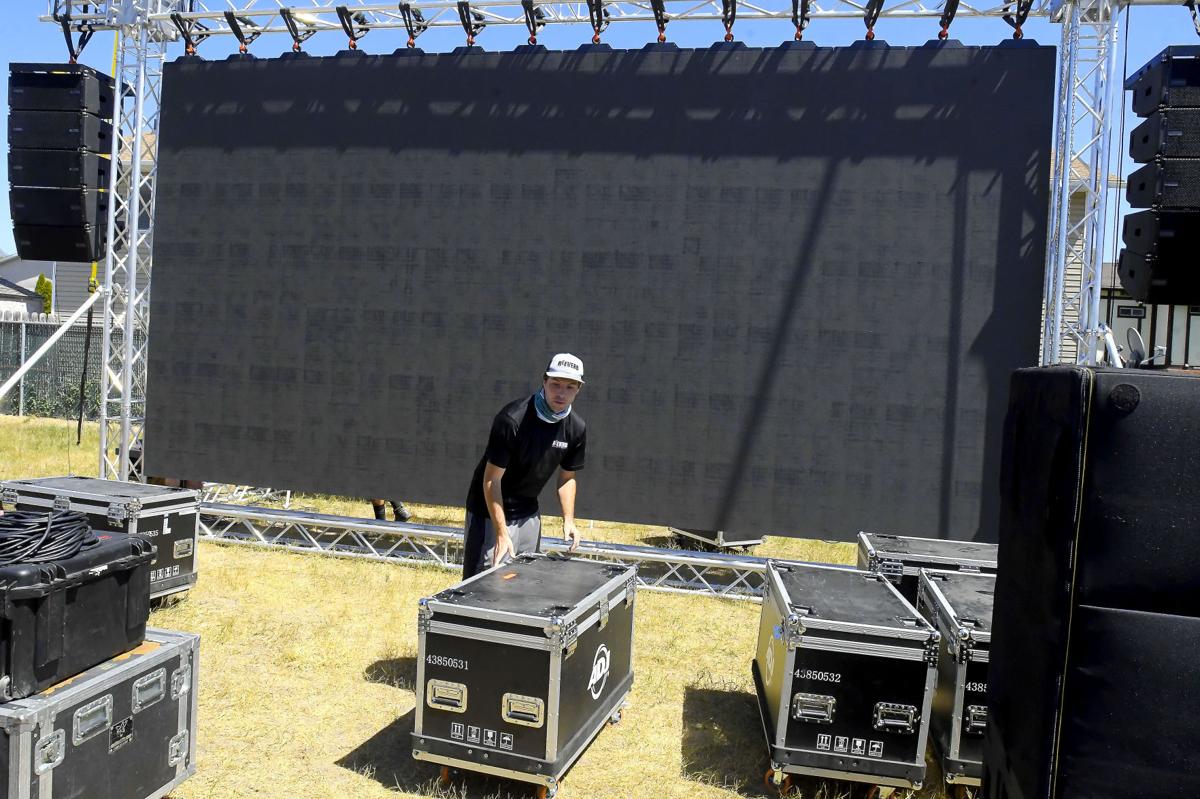 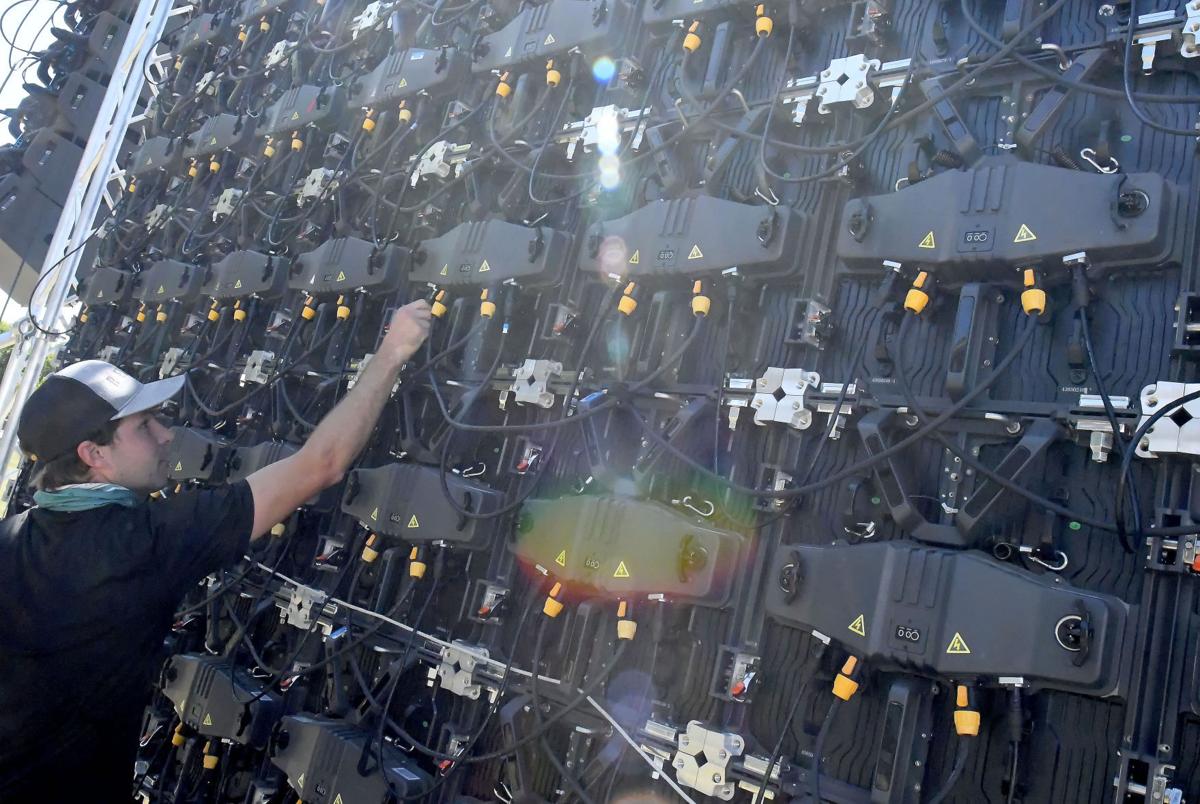 Piling blankets and pillows in the back of a pickup truck to watch a drive-in movie may seem like a thing of the past, but Cameron Reeve, originally from Logan, hopes to revitalize the industry and get people out during the pandemic.

Summer is typically the busiest time of the year for Reeve, DJ and owner of Reeverb Entertainment. But when COVID-19 led to event cancellations, he decided to co-host Cache County’s first public theater for drive-in movies in decades.

“I finally got tired of waiting for somebody else to host an event,” the Logan-native said. “So I just took the liberty to do an event.”

Reeve teamed up with his partner at Brio Technologies, Garrin Mascarenas, to host a pop-up theater in the valley, with Reeverb promoting the event and Brio supplying the equipment to facilitate the movies.

“The entertainment world has taken a big dive because of COVID,” Mascarenas said. “So we’ve had to be creative with this, and create our own work and try to keep ourselves alive, you know, pay our employees, because we can’t live off the government.”

So the solution was to hold pop-up drive-in movie events. Less than 12 hours after Reeve posted about the three events to be held at the Cache County Fairgrounds on Facebook, more than a thousand people showed interest in attending.

“And if things go well, we might do more of this in September and October as well,” he added. “Everyone needs something to look forward to. And that’s the biggest thing right now for me.”

Many residents felt the same and started lining up to park inside the fairgrounds by 7 p.m. to watch Friday’s feature: “Kung Fu Panda 3.”

“It’s something that we can do with all ages, older people and younger people,” said Misty Hewitt. “And with COVID, it’s kind of a healthy environment. It’s just fun. Summer fun.”

A post on the Cache Valley Memories Facebook page last year was flooded with comments from locals reminiscing about attending the Cache Drive-In in the ‘60s and ‘70s. The drive-in was a popular spot for college students and families alike.

Several people expressed remorse for the next generations not being able to experience drive-in movie theaters in their heyday.

Several who attended the Friday showing shared similar wishes and hope that Cache County will add the state’s sixth permanent drive-in in the future, like Jaron Schofield of Smithfield. Schofield said he took his family to the Coleman’s Motor Vu drive-in in Riverdale last year — the closest option for those who live in the valley — and it was hit.

“It was just a fun time and easy way to get out and go to a movie and just get out of the house,” he said.

Hewitt said she’d lived in cities where there were drive-ins and has “great memories” of attending when she was young.

Though the events at the fairgrounds don’t have the 500-car capacity or feature the carnival rides for children before the show like Cache Drive-In did, Reeve hopes to give the valley a taste of yesteryear, especially with the 1980s features “Footloose” on Saturday and “The Karate Kid” on Aug. 21.

One difference is Reeve’s movies come to viewers via an LED “video wall” instead of an old-fashioned film projector.

Reeve said his biggest concern is safety and following precautionary guidelines against the virus, so tickets will be available at the gate on a first-come, first-serve basis for $25 per vehicle.

While this is the first drive-in event Reeve has co-hosted, Mascarenas has held several similar events in the state, which brought in between 65-300 cars.

By the time the show started at 8:10 p.m. on Friday, about 50 cars full of couples and families had gathered — pulling out camp chairs and opening the back hatches of SUVs — but more slowly made their way in as the music started.