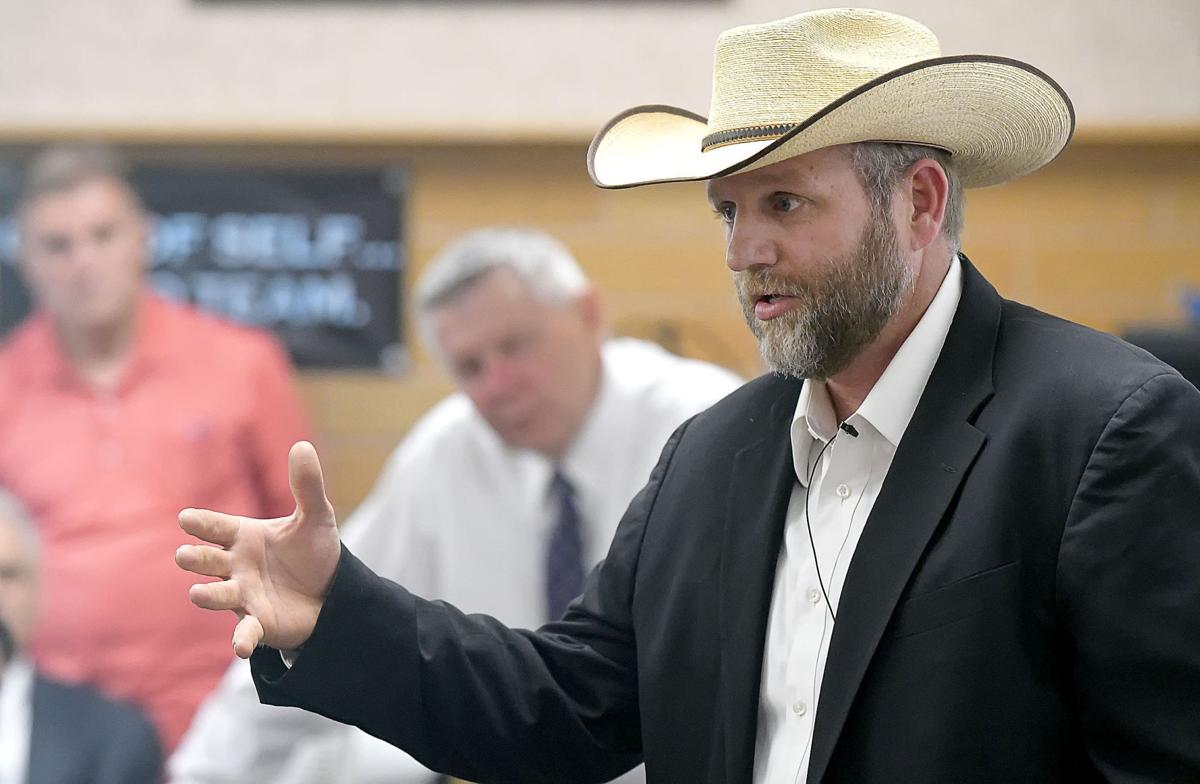 Ammon Bundy quotes from the Book of Mormon and the Bible during his speech during a 2018 visit to Smithfield, Utah. 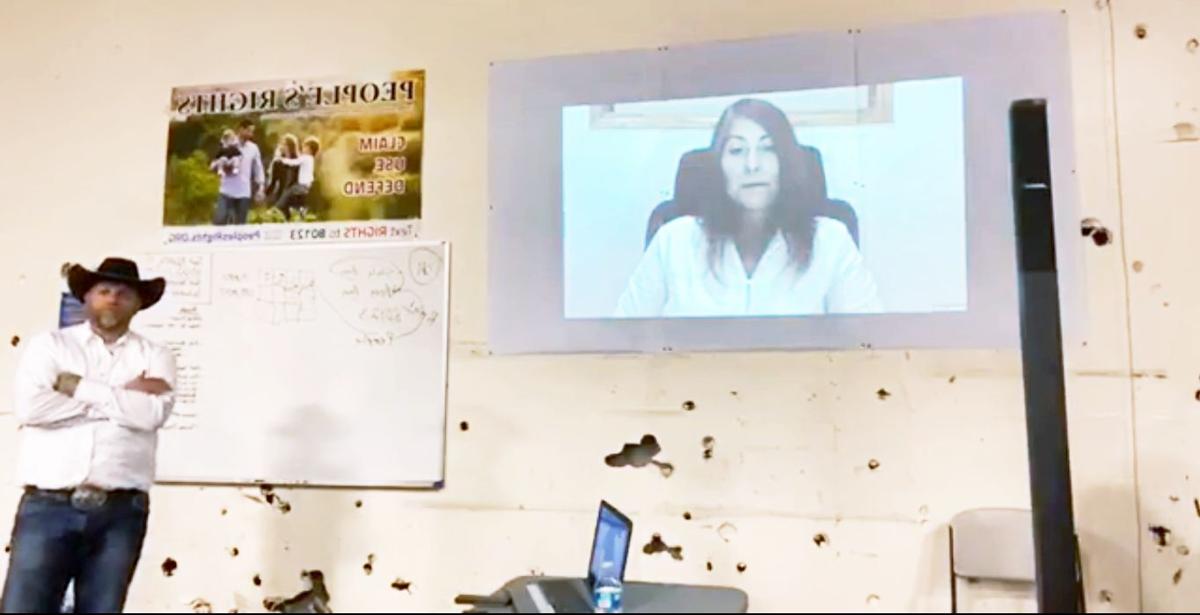 Ammon Bundy quotes from the Book of Mormon and the Bible during his speech during a 2018 visit to Smithfield, Utah.

Although law enforcement agencies are reporting no signs of militia activity in Cache Valley during these times filled with news reports about armed groups, a national network with paramilitary leanings reportedly has dozens of members here.

The network, which goes by the name People’s Rights, was launched by noted federal-lands opponent Ammon Bundy, who describes it as “neighborhood watch on steroids.”

In a joint report issued this week, two extremism watchdog groups — The Montana Human Rights Network and the Missouri-based Institute for Research and Education on Human Rights — provided detailed documentation of the network’s 20,000-plus membership in 16 states, including a listing of “area coordinators” in various sections of each state, complete with photos and activity updates on several of the leaders. The information was gained through online infiltration of the Bundy group, whose members communicate on a pass-coded website.

According to the report, Utah’s “Area 2,” comprising Cache and Rich counties, has 79 members in the People’s Rights network, while Box Elder County (Area 1) has 44. A designated zone in southern Idaho covering Franklin, Bear Lake and Bannock counties reportedly has 91 members.

The coordinator listed for the Cache/Rich area is a well-known Logan resident with a child sexual assault conviction whose court appearances here have been disrupted by supporters disputing the validity of the U.S. judicial system.

Phone calls to the individual by The Herald Journal have not been returned, but the newspaper received an anonymous email following those calls that references the paper’s interview request, then warns, “My ‘name’ and dozens of presentations of it have been trade marked. Should you choose to use any one of them you will be liable for infringement to the tune of $500,000.”

The watchdog report, titled “Ammon’s Army: Inside the Far-Right ‘People’s Rights’ Network,” can be found with a Google search online or at this link: irehr.org/reports/peoples-rights-report/.

In its introduction, the report explains that People’s Rights began last March in a rural warehouse near Bundy’s home in Emmett, Idaho, and quickly spread to more that 20,000 members nationwide. “Seizing on COVID-19 anxiety, Ammon Bundy and his allies have cultivated a dangerous new network of militia members, anti-maskers, conspiracists, preppers, anti-vaxxers, and others into an army of followers—Ammon’s Army,” the report states.

Pressed by The Herald Journal, IREHR researcher and spokesperson Chuck Tanner acknowledged not all members of the Bundy network are necessarily involved in paramilitary activity. “But there’s definitely a militia component to it,” he said. “There are a lot of folks in it that have been engaged in militia organizing and paramilitary activity. Bundy himself, with the armed takeover of Malheur, has been engaged in that kind of activity for a number of years.”

Tanner was referring to the 2016 occupation and standoff at Oregon’s Malheur National Wildlife Refuge, which Bundy and his followers claimed to be land illegally controlled by the federal government. Another member of the network, California area coordinator Tony Pellegrino, has predicted violence in the aftermath of the upcoming presidential election. The watchdog report gives prominent display to a recent statement by Pellegrino: “Are you ready for civil war after Nov. 4?” The alt-right has predicted several times over the past few years that leftist groups are planning a widespread, violent uprising, sometimes tying the predictions to specific dates.

Bundy takes issue with the suggestion his group is dangerous. He also disputes the report’s membership count, saying he has far more than 20,000 members.

“Our goal is to get neighbors united. We feel like there’s anarchy on one end and tyranny on the other, and we feel that the people that just want to be able to live, they’re kind of getting crushed in the middle,” Bundy told The Kansas City Star this week. “… It’s important that we unite, because in the future this is just going to continue to escalate, and we’re going to need to be united to defend ourselves.”

He went on to say: “We’ve just provided them tools to unite, and it’s worked. But we’re not dictating how they use them.”

If the rise of the People’s Rights network and other paramilitary-prone groups have spawned any overt militia activity in Cache County — such as training exercises or participation in demonstrations — it has not been highly visible. Matt Bilodeau, chief deputy with the Cache County Sheriff’s Office, said his department knows of no militia presence in the area. Franklin County Sheriff David Fryar did not return a phone call from The Herald Journal inquiring about the matter.