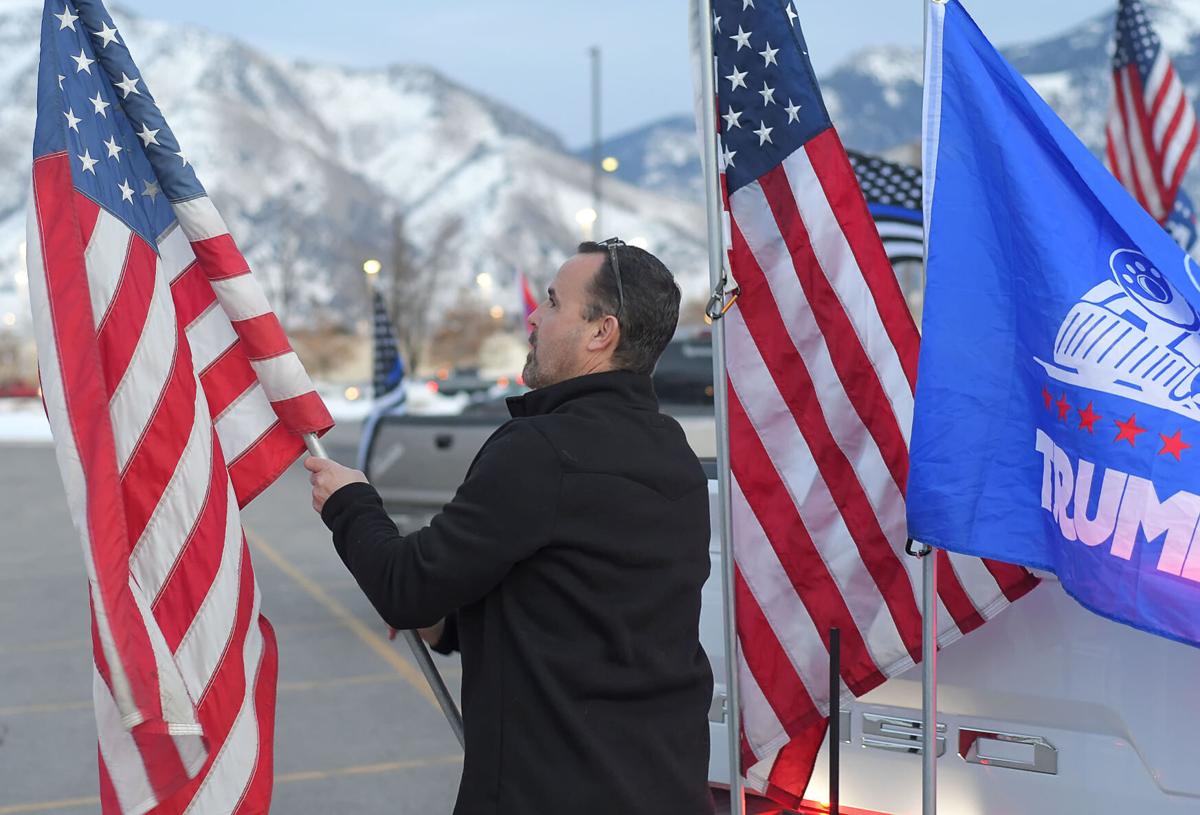 Chris Cunningham puts flags on the back of his truck at the start of a Trump rally on Wednesday in Logan. 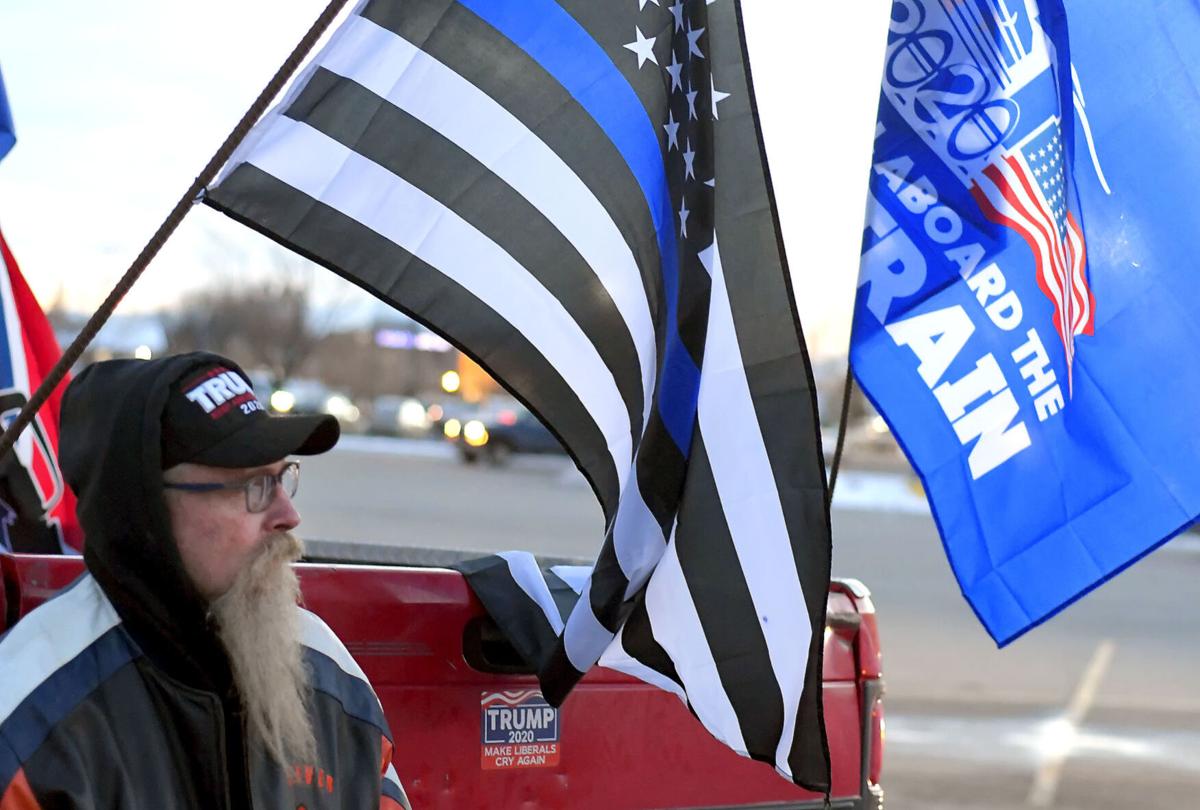 Rob Selley attends a Trump rally on Wednesday in Logan.

Chris Cunningham puts flags on the back of his truck at the start of a Trump rally on Wednesday in Logan.

Rob Selley attends a Trump rally on Wednesday in Logan.

As chaos and violence unfolded today in the nation’s capital, members of the local group Cache Valley Patriots organized a more peaceful approach to voice their frustration and claims of a “stolen election.”

About 30 vehicles mostly consisting of trucks flying American flags and more partisan expressions of “Don’t tread on me” and “Trump 2020” gathered in the old Shopko (soon-to-be WinCo) parking lot on Wednesday in a show of support for Pres. Donald Trump in the final days of his term — and the hope that Congress would fail to certify the results from the 2020 election.

Despite the event’s title of “Fight For Trump,” it consisted of like-minded individuals mingling in the mid-20-degree January night for 30 minutes, affixing flags to their trucks, SUVs and cars and digesting the happenings of the day before driving up and down Main Street.

“When the country is in as much trouble as it is right now, the president is only as strong as the supporters he has below him,” said member Kaleb Neilsen.

“And right now, with Biden possibly taking office on the 20th, there’s just a lot of unknowns and a lot of things that just don’t sit well.”

While not everyone who participated would speak to The Herald Journal, a common belief of those who would was the refusal to accept the results from the 2020 election, despite no evidence of widespread voter fraud by either party.

It was the catalyst for the gathering, but one of things that didn’t sit well for most in attendance at Wednesday’s drag on Main Street was the unfolding of Wednesday’s events in Washington, D.C., when lawmakers’ count of electoral votes was disrupted by a mob storming the Capitol.

Some viewed it as crazy and scary and questioned whether it actually was antifa or Black Lives Matter inciting the violence instead of pro-Trump members of the Republican party.

“I think there were people put in there to incite chaos,” said Rob Selley, “because a true patriot wouldn’t do it.”

Others felt it was surprising that something like this hadn’t happened sooner.

All agreed it was something that has never been seen before on U.S. soil. At least, not in modern history.

For Steve Noack — who had not attended a Cache Valley Patriots rally before Wednesday — the events at the Capitol are open for interpretation.

“I think it’s good, you know, because we’re actually showing our constitutional rights and the way the Constitution was written in supporting it,” Noack said. “It’s being able to exercise our ability to vote and be heard, which is a good thing.”

Senate majority leader Mitch McConnell, R-KY, had a less favorable view of the day, calling it a “failed insurrection.”

One Utah State University student, who happened to be in the same parking lot as the group as they gathered for the rally, stayed on to heckle the parade of trucks with chants of “He lost” and “F- — Trump.” The student said rioting like what was seen in Washington is never warranted.

“But now at least they can’t say, ‘Oh, well, you Democrats like to riot,’ because what did they do? They rioted over literally nothing,” he said. “Like they’re rioting to try and stop democracy, not stop Black people from being killed by police.”