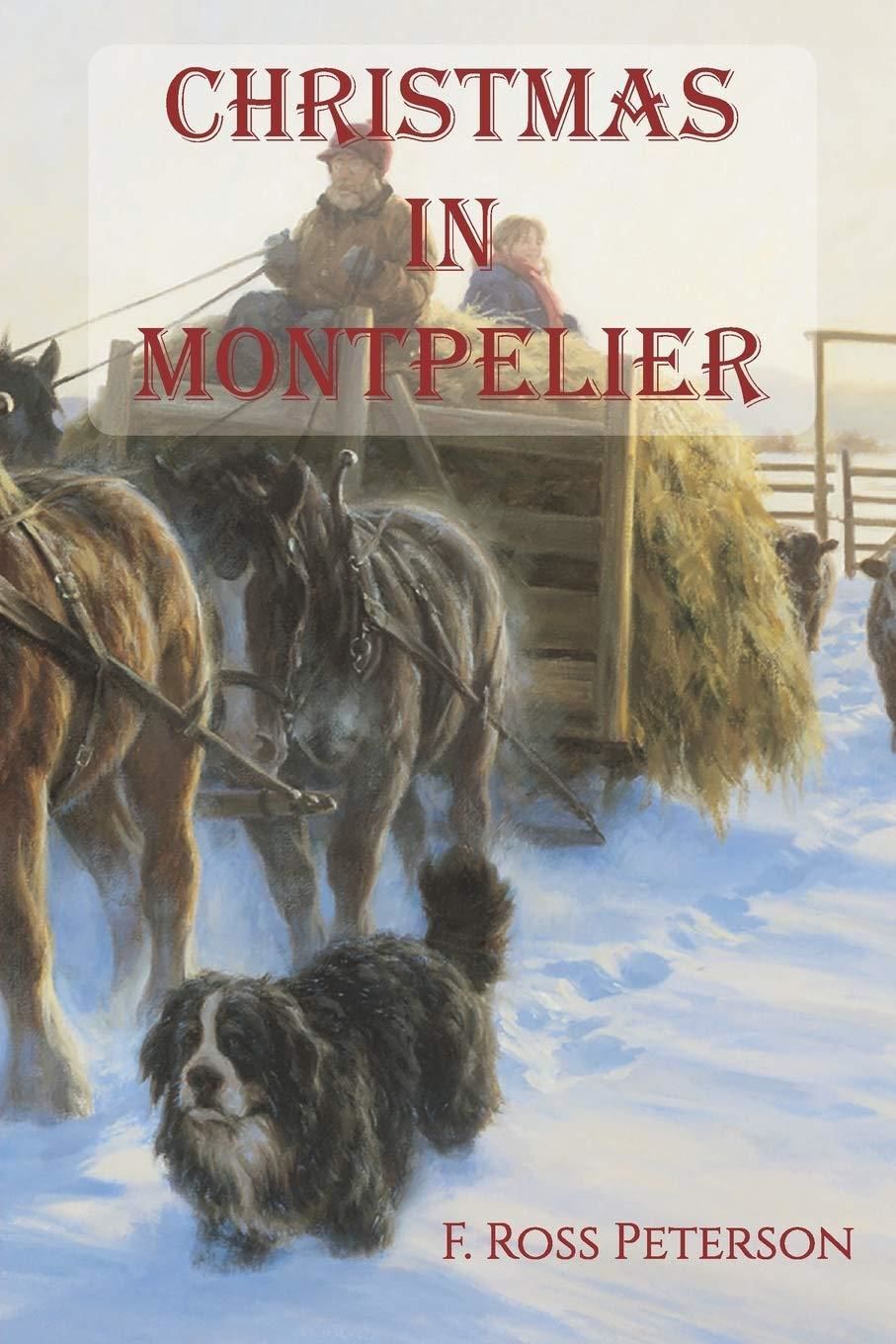 Ross Peterson as vice president of advancement at Utah State University in 2007.

Ross Peterson as vice president of advancement at Utah State University in 2007.

Editor’s note: This article was adapted from a book review appearing in the Montpelier News Examiner.

Popular former USU history professor Ross Peterson tells stories of his childhood in rural southern Idaho in a new book out for the holiday season titled “Christmas in Montpelier.”

The book is a memoir featuring 12 vignettes based on personal reminiscences and recollections about Christmas in the Peterson family’s Montpelier home during the 1940s and 1950s, with an emphasis on life lessons learned by Ross and his brothers.

Peterson says Christmas has been a constant through all generations of the family, even through difficult economic and geographic circumstances. He wrote the memories to introduce his children to his parents Raymond and Zora Peterson, who died in 1975 and 1976. They never lived outside of Montpelier during the 41 years they were married.

“Some of the toughest, kindest, meanest, forgiving and living of God’s human creations roamed those streets (of Montpelier), and I learned from all of them. Their children were my friends, and our fondness grows as time passes,” Peterson says.

Each vignette, beginning with the very first, tells of delivering Christmas Eve goodies to friends and neighbors in the cold and bitter snow and temperatures Bear Lake is known for. Ross’s father would load up the horses and wagon and pile the boys in with the goodies, and away they would go, even quite far outside of town to a man named Ed Tweedy who lived in a tent.

One particular Christmas day ended in a fire in Montana, destroying their cousin’s home and Ross and his brothers and sister learning to give everything they got for Christmas to their cousins because they lost everything. Ross learned the meaning of giving to the needy.

Each one of the stories teaches Ross something about life. In the chapter titled “Mrs. Scrooge and the Baseballs,” the boys have lost baseballs over the fence into the grumpy neighbor lady’s yard all summer, and she has hidden them. By doing service to her around Christmastime, they learn to love her, and she gives Ross and his brother a baseball for Christmas.

Each story, Peterson says, teaches him that people are doing the best they can in this life.

He also spends the first part of his childhood in a house without heat and water, using an outhouse, then has the luxury of the family moving to a house with central heat and a bathroom. This teaches him gratitude for small things.

The final story culminates with him going on his mission and finding out what Christmases are like away from his family, yearning for Christmas like it was at home, and then finally returning.

The book is packed with pictures drawn by Ross’s brother, Max, who passed away from cancer in 2018. There are also many photographs of Montpelier and other interesting items pertaining to the stories.

A sell sheet for this book states, “Ross Peterson is among the most beloved American History teachers ever to step inside a college classroom. Several generations of students have voted him their favorite instructor, and a fair number became teachers themselves, some with Ross’s photo on an office wall. Christmas in Montpelier offers a beguiling look into Professor Peterson’s early life, where his wry humor, work ethic, and kindness were honed. Twelve Christmases come to life as he grows from a small boy in a hardscrabble farmhouse with no running water inside and a two-hole privy outside, to one of the nation’s most honored educators.”

Peterson has published numerous books on Western American topics. “Christmas in Montpelier” is available on Amazon in both paperback and Kindle editions.