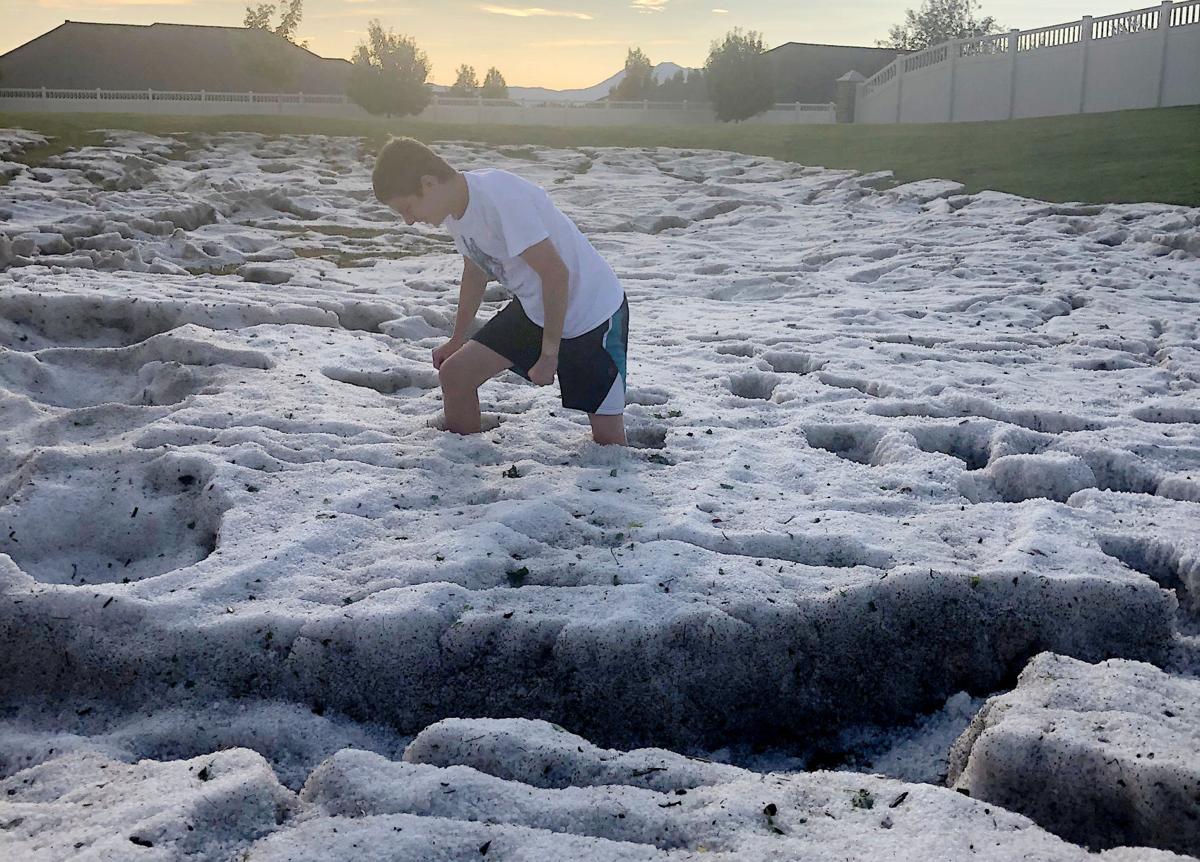 Jack Rallison walks through hail in east Smithfield after a storm on Tuesday. 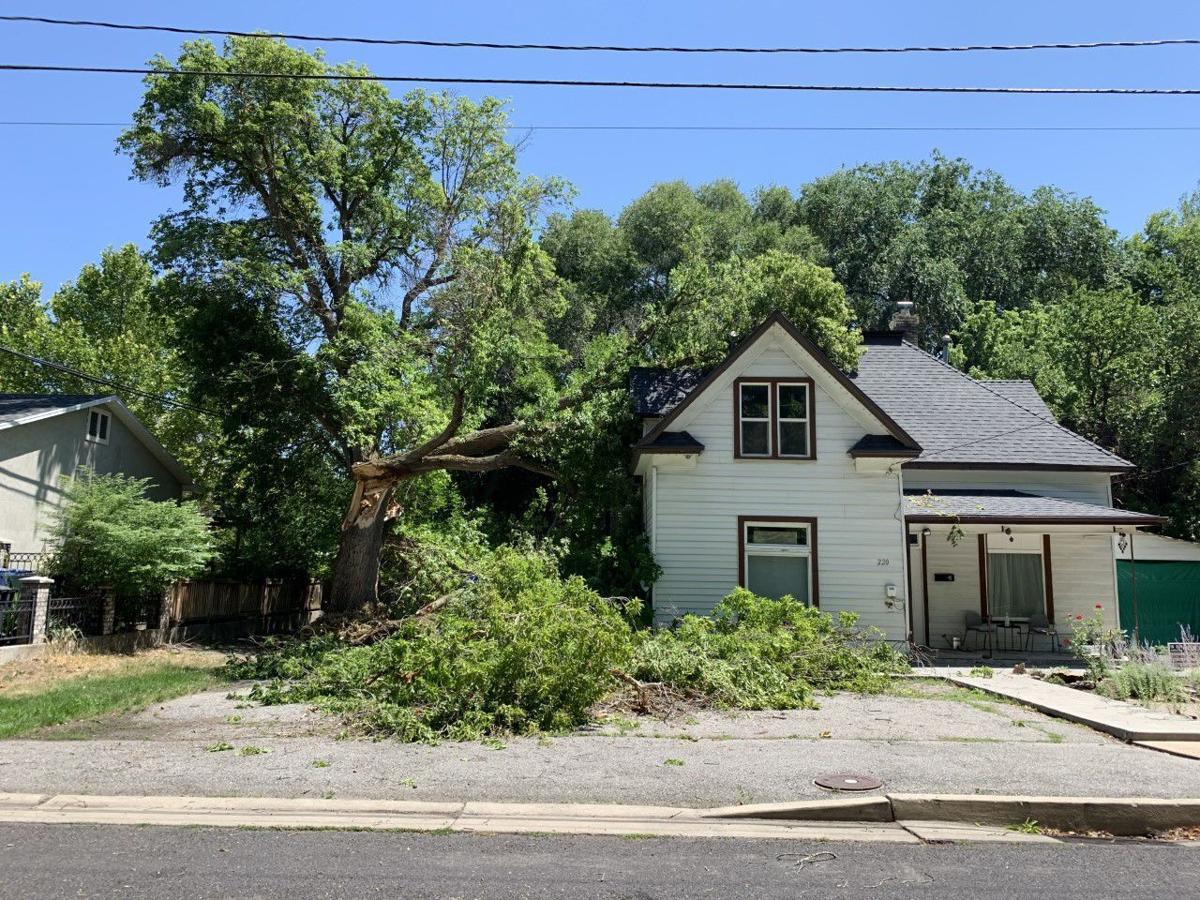 A large tree limb snapped by high winds in Tuesday's passing storm rests against a roof on Preston Avenue in Logan.

Jack Rallison walks through hail in east Smithfield after a storm on Tuesday.

A large tree limb snapped by high winds in Tuesday's passing storm rests against a roof on Preston Avenue in Logan.

Tuesday’s Cache Valley thunderstorm was a weather event some Smithfield residents will never forget, yet neighborhoods just a couple of miles south were virtually untouched by the cloudburst.

Photos of knee-high piles of hail and videos showing rivers of water rushing down streets were being shared by Smithfield residents following the storm, which moved in with menacingly dark clouds about 3:30 p.m.

Officially, the town received 1 inch of precipitation — much of it in the form of pea- to marble-sized hail — while only a tenth of an inch was recorded in North Logan and other locations to the south.

“I’ve never seen anything like it, honestly. It was nuts,” said Utah State University climate science major Casey Olson, who drove into the heart of the storm in hopes of shooting some good video after seeing the severe weather warnings and tracking the storm’s progress on Doppler radar.

The amateur storm-chaser got his wish. Just as he arrived in Smithfield, he had to pull over due to the ferocity of the hail but eventually made his way to his parents’ home there. One of the unusual characteristics of the downpour, he said, was that the hail was not that large, but it was coming down at a “scary” rate and lasted at least 30 minutes.

Olson took dozens of pictures and several segments of video, one of which was sent to the National Weather Service in Salt Lake City and shown on television news.

Utah Climate Center meteorologist Jon Meyer said Tuesday’s storm was unusual in that it came from the northwest instead of the southwest and was not part of the seasonal monsoon pattern typical for this time of year in Northern Utah.

“It was created by a passing disturbance in the upper atmosphere, and we had a lot of humidity present. Those two ingredients combined to lead to the significant amount hail,” he said.

While some areas were spared the hail, heavy winds hit throughout Cache Valley, causing scattered tree and building damage. Gusts of more than 50 mph were recorded at the Logan-Cache Airport.

Despite the severity of the hail and water runoff, Olson said he didn’t witness any significant damage in Smithfield and The Herald Journal has not received any reports of major damage.