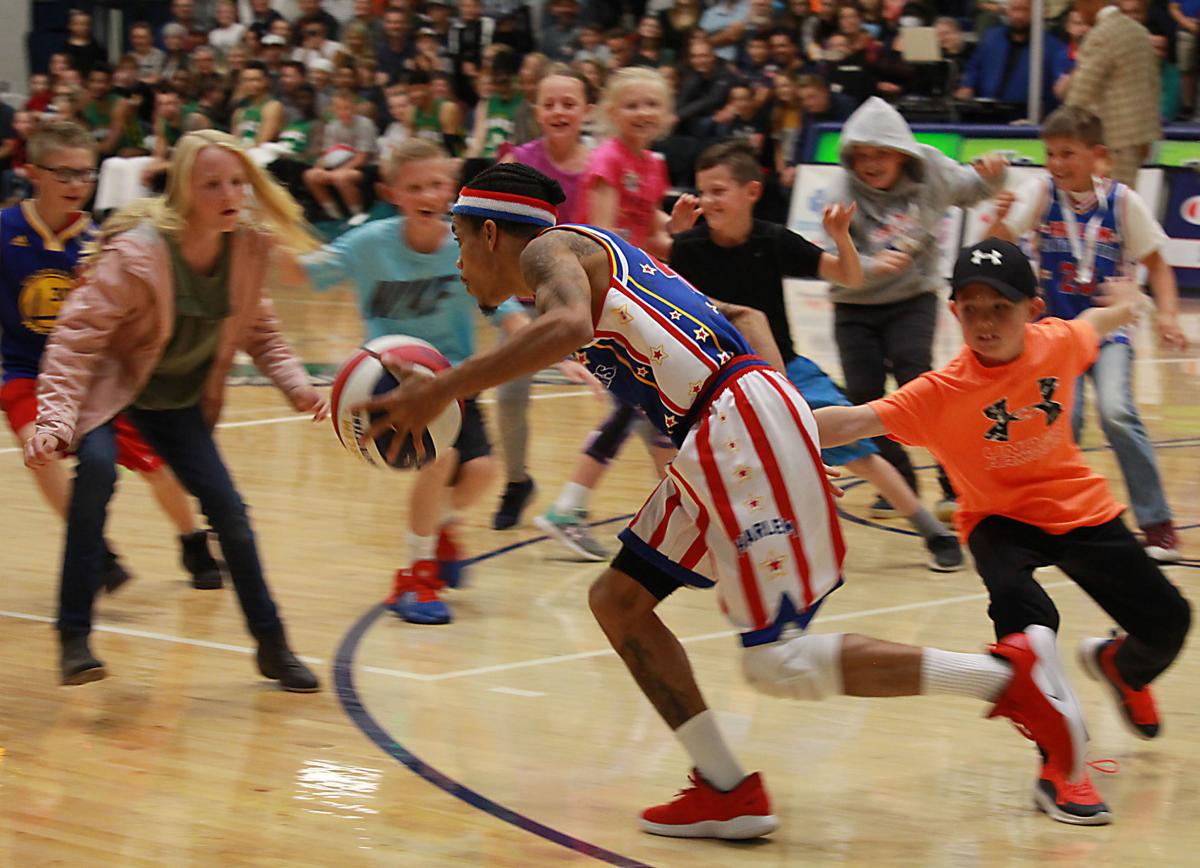 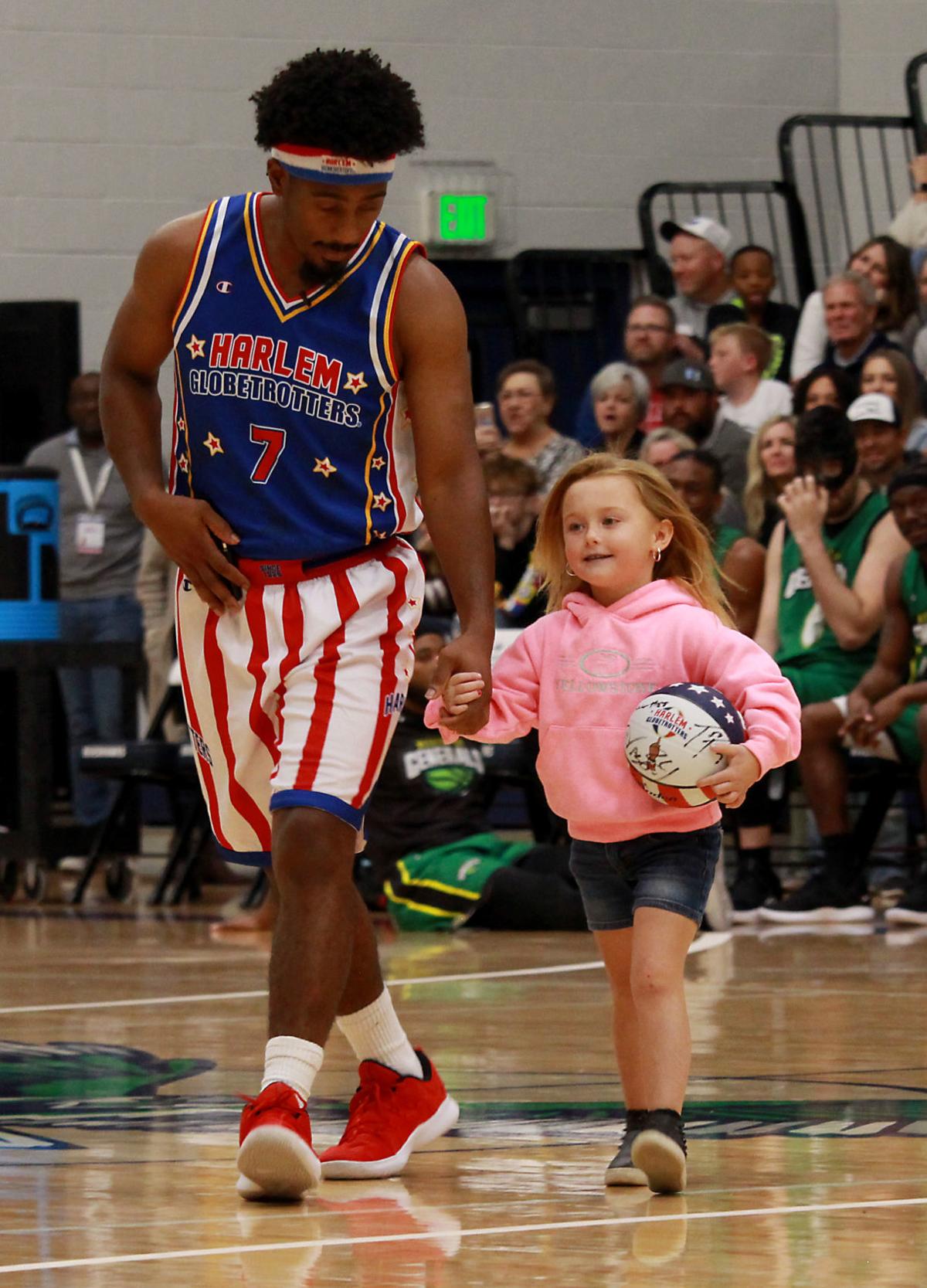 Audience members are often asked to be involved in skits, tricks and dance numbers with the stars of the Harlem Globetrotters.

Audience members are often asked to be involved in skits, tricks and dance numbers with the stars of the Harlem Globetrotters.

“This has been a dream of mine since I was their age,” said Angie Bair, pointing to the group of Cub Scouts who presented the flags during the national anthem. “I have loved the Globetrotters since the ‘80s.”

Bair is the committee chairman for Pack and Troop 1910 in Logan that meet at Zootah.

“I got a phone call asking if we could do it and I screamed,” Bair said. “To have my Scouts here is amazing. We have been practicing for the flag presentation for two and a half months.”

Mike Hansen, Ridgeline’s athletic director, said he just reached out over email and before he knew it, the plans were in motion to bring the Globetrotters to Millville.

Ani Eccles and her daughter Sterling Collyer had been planning on coming to the game since they heard about it a month ago.

“I saw them when I was a child and I still remember so much about that game,” Eccles said. “When I saw they were coming to the valley, I knew we would have to come.”

The Globetrotters are known for their ball handling wizardry, basketball artistry and family entertainment. Cache Valley residents turned out for the game in crowds and had only standing room left over.

“I love when they are fighting with the ref or all the cool tricks they do,” Collyer said. “It is a really neat thing to experience.