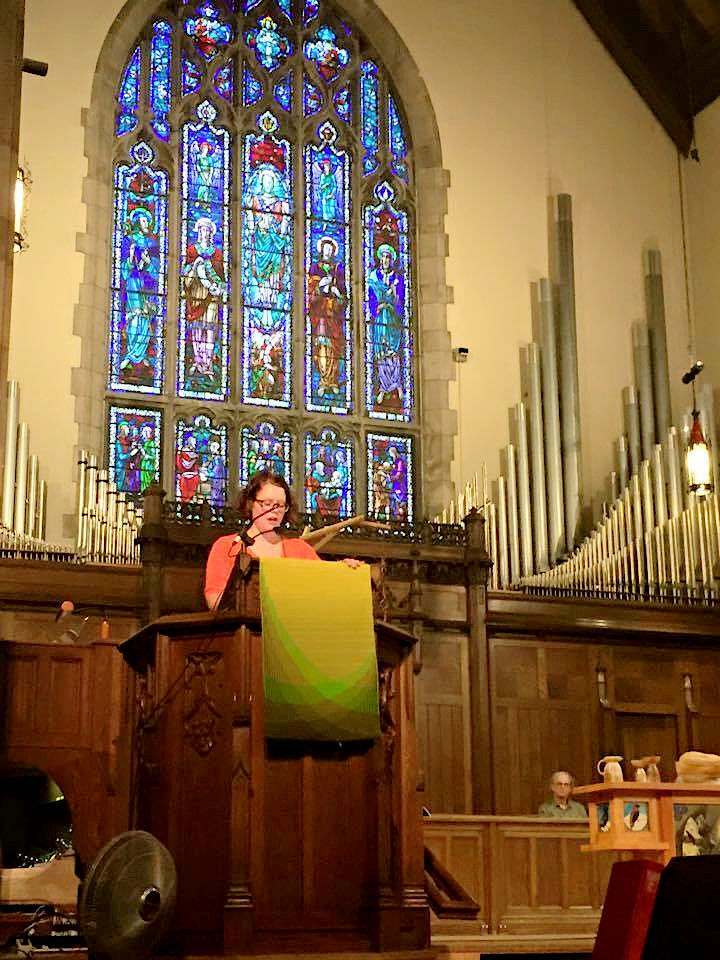 Katie Langston preaches in a church after embarking on a faith journey from Latter-day Saint to Lutheran. 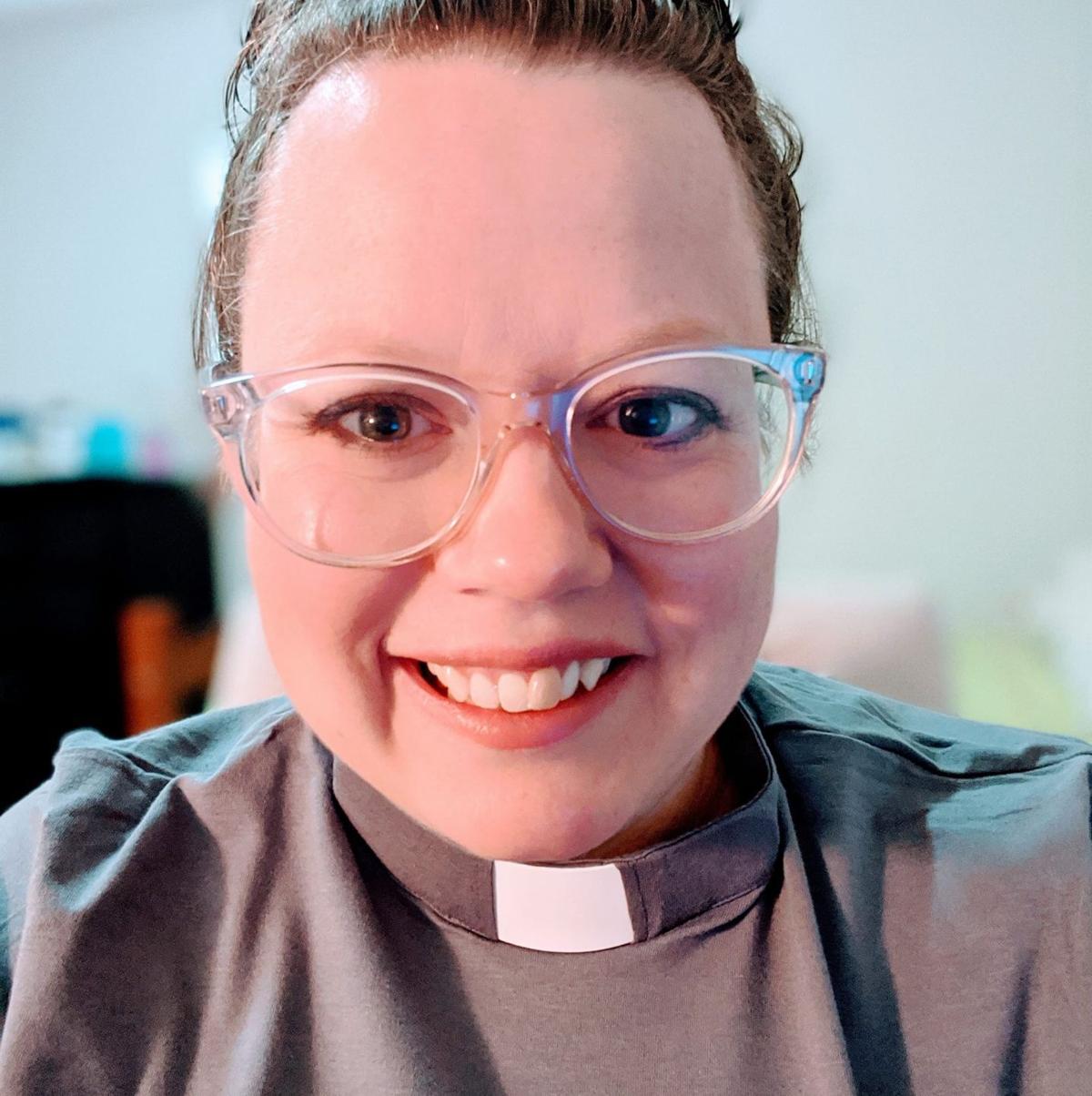 Katie Langston preaches in a church after embarking on a faith journey from Latter-day Saint to Lutheran.

Katie Langston, a Cache Valley native, has written about her somewhat unorthodox faith journey, from being raised as a Latter-day Saint to becoming a Lutheran minister.

“Sealed: An Unexpected Journey into the Heart of Grace” will be published by Thornbush Press on April 6. The book details Langston’s experience with The Church of Jesus Christ of Latter-day Saints, as well as her journey to mainstream Christianity.

Langston said the book is not anti-Latter-day Saint in any way.

Katie Langston was raised in The Church of Jesus Christ of Latter-day Saints. She grew up in Providence, attended Logan High School and graduated from Utah State University with a degree in theater in 2005.

She also served a mission in Bulgaria and was married in the temple. All the while, however, she was living with scrupulosity, a form of obsessive-compulsive disorder involving religion and morality.

Those who struggle with scrupulosity typically experience obsessive, debilitating guilt and stress about their relationship with God and the morality of their actions. To calm those obsessions, people can feel compelled to pray frequently, seek constant reassurance from religious leaders and excessively confess sins. As with OCD generally, however, acting on those compulsions strengthens the obsessions rather than relieving them, leading people into a vicious cycle.

Langston first experienced this when she was just 7 years old. She was about to turn 8, which Latter-day Saints call the age of accountability, the point after which children can understand their actions well enough to be morally accountable for them. Following her birthday, Langston would be baptized and be “on the hook” for her sins.

From then on, Langston said “anxiety was a constant companion.”

Langston said she believes part of the problem was the lack of a focus on grace as a Latter-day Saint. Instead, a person’s relationship with God seemed to be purely built on worthiness.

“That was a theological framework that, let’s just say it didn’t help with the scrupulosity,” Langston said. “It’s the sort of framework that made it worse because it gave me so much to agonize about.”

In 2005, when she was pregnant with her first daughter and in what she described to be a “point of total despair,” Langston attended a lecture at Utah State University.

In this lecture, a Christian scholar talked about grace in a way Langston had never heard before.

“He said, ‘I’m a Christian because I know enough of my deficiencies to be devastated and I don’t know if I could live if not for the love of God and Jesus Christ,’” she said. “It turned my world upside down and changed my whole paradigm.”

After that experience, Langston said there was a decade-long process of deconstructing and searching before she eventually was baptized in a Lutheran church in 2018.

Now, Langston is a pastoral intern in Wisconsin and hopes to become a minister, a calling she said she felt early on in her life.

Adrianne Moore, who formerly taught at USU and was one of Langston’s first professors, said Langston’s studies in theater prepared her perfectly for the role of a minister.

Moore said when she first met Langston, she seemed shy but very smart with a great sense of humor.

While she doesn’t remember every student she’s ever taught, Moore said she remembers Langston as someone who could do anything.

“It’s true to say that some students stay in your memory because of their attitude or you were drawn to them and their potential and work ethic,” Moore said. “Katie was definitely one of those students.”

“I feel super proud of her. When a student you remember achieves things it feels personal. It’s not parent-like, but there’s a huge pride with people doing difficult things that require commitment and focus,” she said.

Moore, who is not a Latter-day Saint, said she was careful to respect everyone’s beliefs, but noticed how the church affected some of her students.

When she first started teaching at USU 20 years ago, Moore said she saw her students who were gay or women struggle with acceptance and pressure from the church and their families.

“I am aware of the pressure for women to get married and have kids,” she said. “That aspect was difficult for me sometimes because I had students who weren’t encouraged enough to reach their potential.”

Moore said she had multiple students who dropped out after having children, because having both a family and a career didn’t feel like realistic options to a lot of women in the valley at the time.

Langston said she personally felt similar pressure as a member of The Church of Jesus Christ of Latter-day Saints. She felt driven to become a minister, she said, but didn’t feel like it was possible within the church.

Langston said there are no words for what a Latter-day Saint woman who feels the call to be a minister goes through.

“It’s just, “‘I’m a woman and I’m going to have kids and get married and I’m not going to do anything professionally,” she said. “You don’t even think about it. Don’t even dream about it.”

Despite all of her anxiety, Langston said she has nothing but love and gratitude for her upbringing and for Cache Valley.

One of her happier times was at USU, when she said she experienced a temporary relief from her scrupulosity.

Melanie Dawson met Langston through the theater department. She said the two soon became roommates and close friends, and remembers Langston as being compassionate and empathetic.

Dawson said she knew Langston when she was “all in” the church, but could see her questioning her faith after she got married.

One time, Dawson said she met Langston’s old mission president, and when he asked her about Langston’s faith transition, Dawson simply told him the truth.

“She is still bringing many people to God,” she said. “Her life choice has allowed her to still serve and bring people to God. That was the fairest thing I could tell him.”

“This path has given her a pulpit, literally,” she said.

Langston said her book is a meditation of grace, healing, family and community.

“It’s a nuanced look at Mormonism as well as other expressions of Christianity, and definitely not my way or the highway,” she said. “It’s just one person telling her story about growing up in the valley and her experience with God.”

After Langston completes her pastoral internship, she said she hopes to return to Utah to minister in her home state.