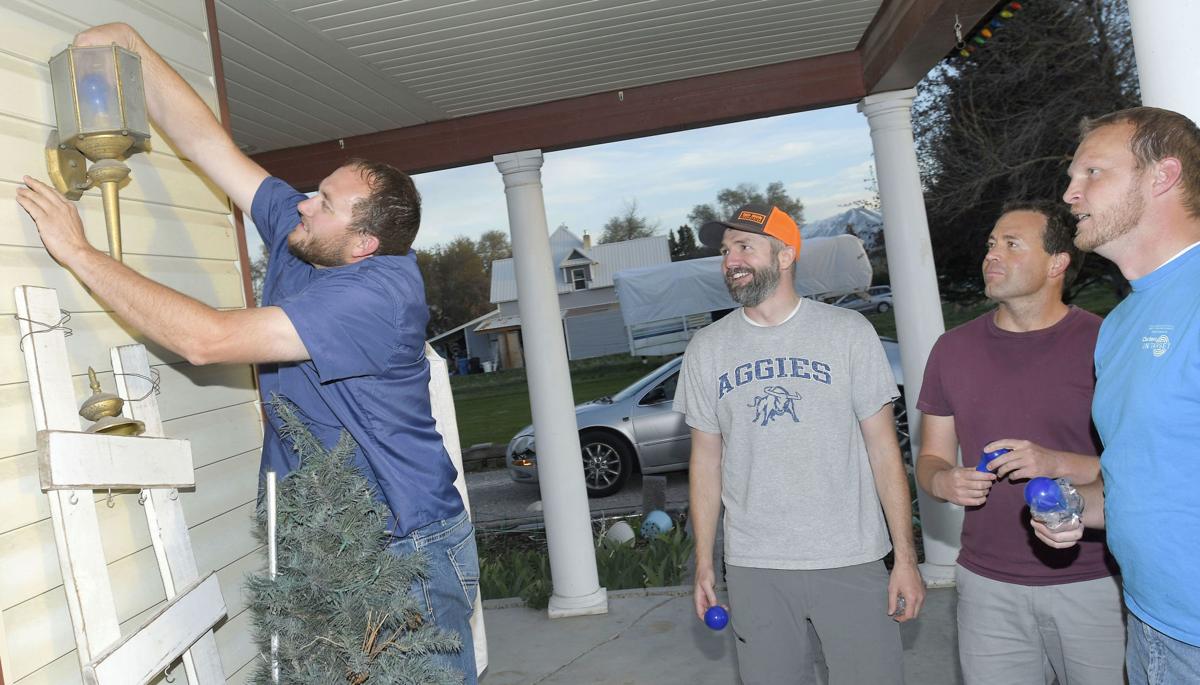 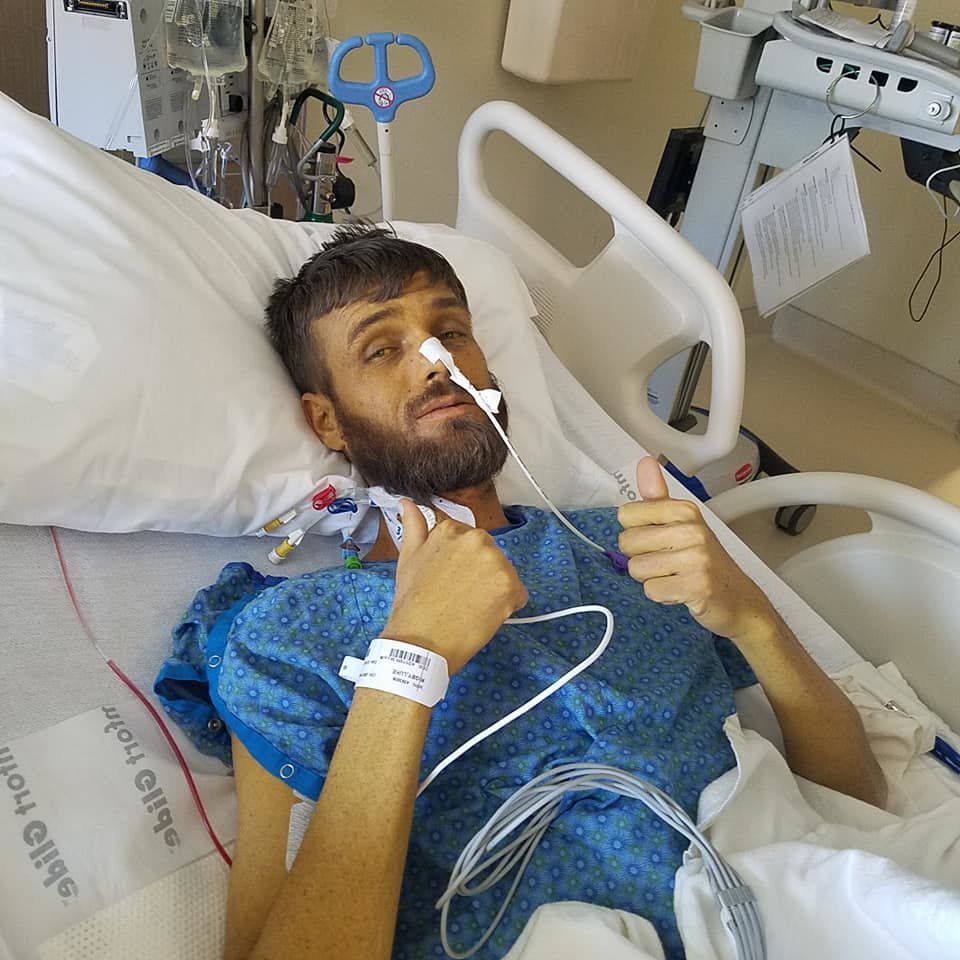 Luke Rigby gives a thumbs up before going into liver-transplant surgery early this month. 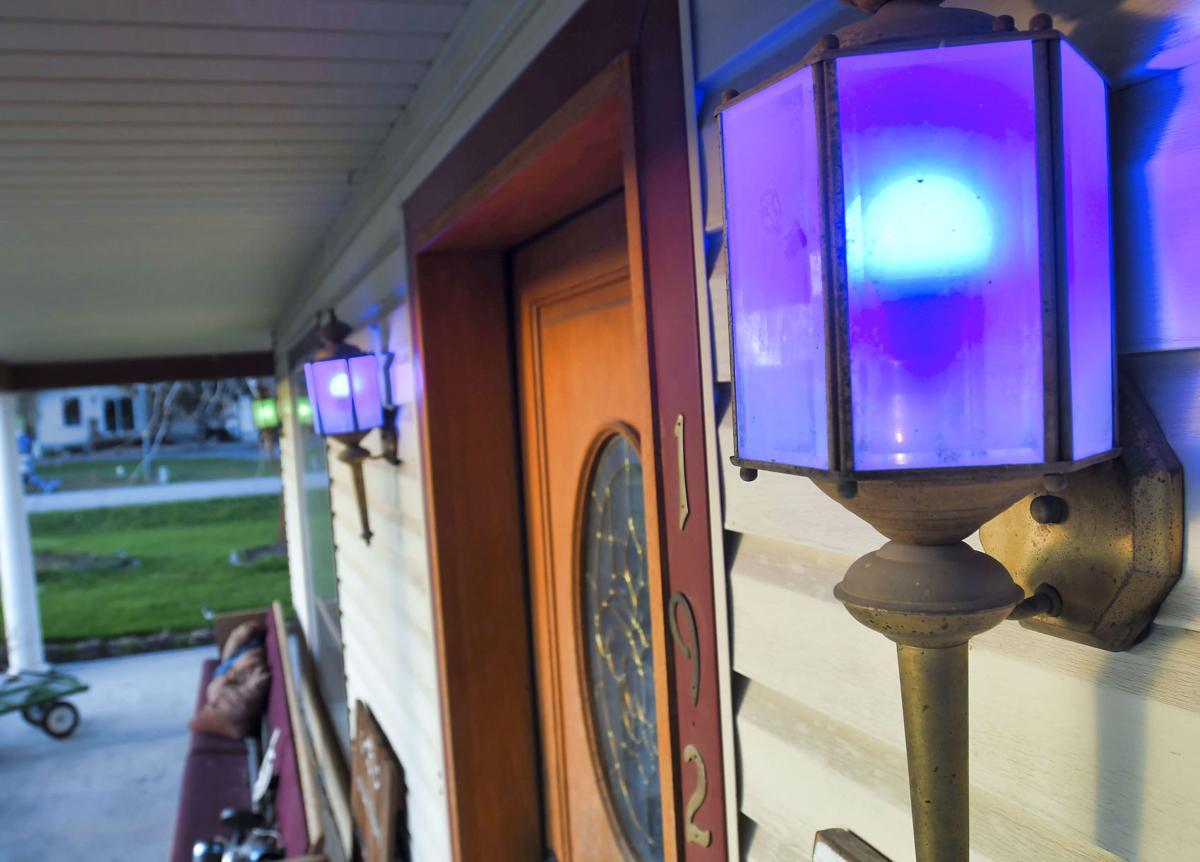 Blue lights shine on the porch at the Rigby home in Newton on Thursday evening. 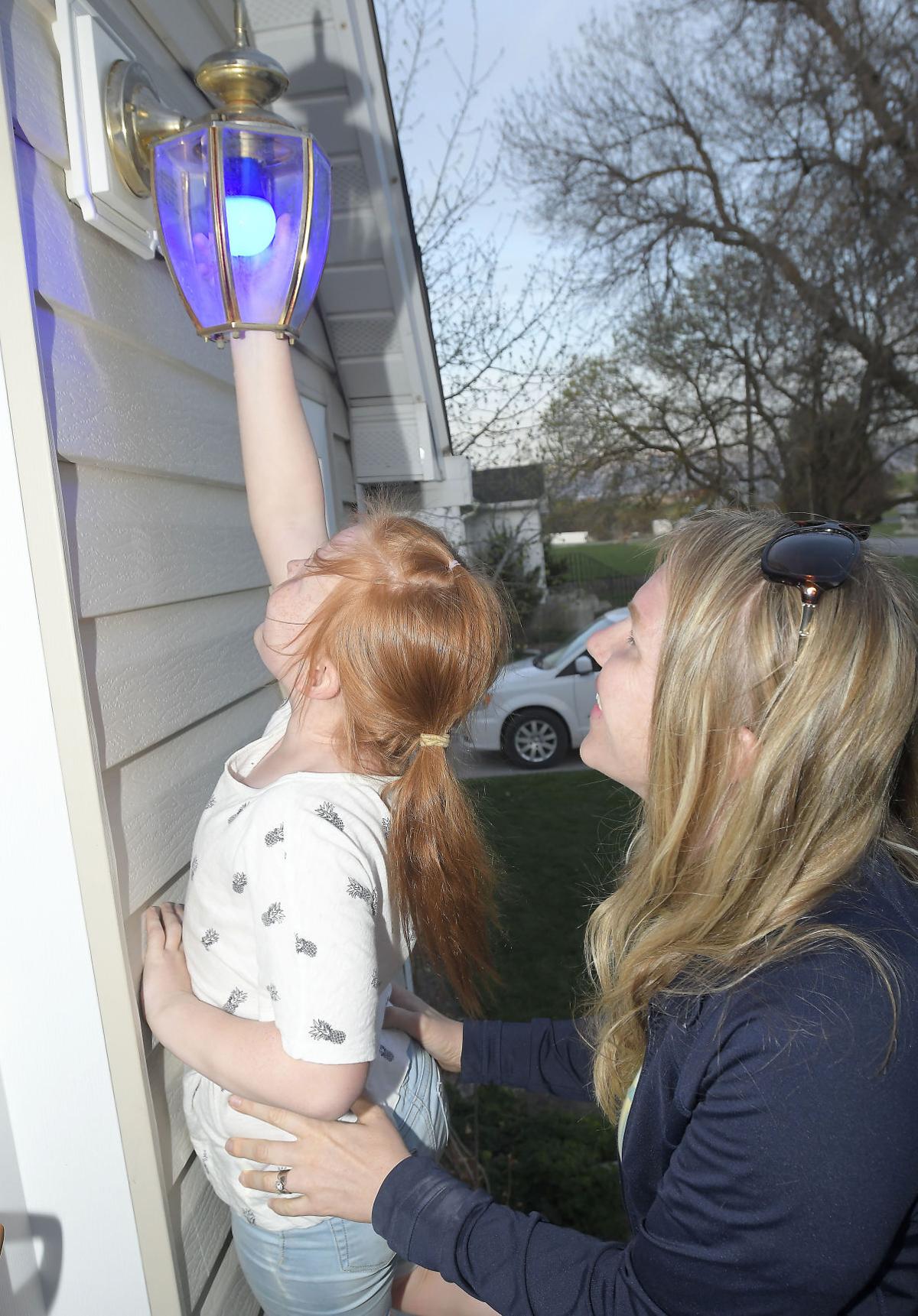 Reese Phillips looks at a light bulb with her mother Natalie Phillips in Newton. 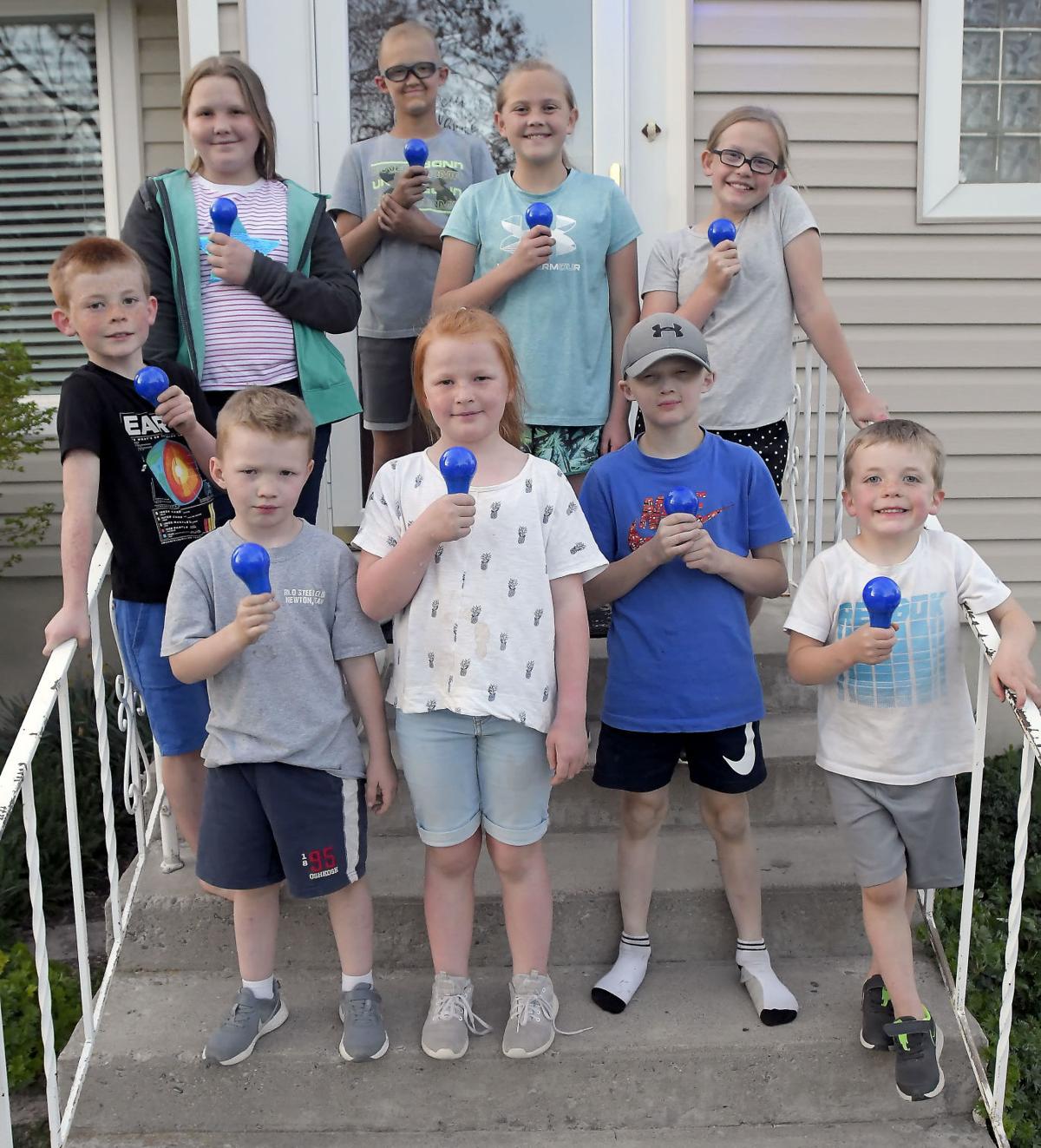 Luke Rigby gives a thumbs up before going into liver-transplant surgery early this month.

Blue lights shine on the porch at the Rigby home in Newton on Thursday evening.

Reese Phillips looks at a light bulb with her mother Natalie Phillips in Newton.

“If you live in Newton or come from Newton, you have ties forever.”

That’s how Diane Rigby describes the community spirit on display in the northern Cache Valley town this week, where more than 100 blue porch lights have been turned on at night in support of Rigby’s son, Luke, who is recovering from his third liver transplant.

Luke Rigby, a 35-year-old father of two young sons, doesn’t know about the community outpouring on his behalf because he’s been under heavy sedation. Neither does he know that he’s functioning on his second transplanted liver in a month. But doctors expect to slowly bring him back to full consciousness in the near future as they closely monitor whether the new organ will be accepted by his body.

“He wakes up a little bit and goes back to sleep. Hopefully this third liver will do the job and he gets to live. But right now he’s just holding his own,” his mother said. “The doctor told me yesterday, ‘Luke is in the thick of the woods, we’re just hoping he doesn’t find any muddy puddles from now on, and so we’re just sitting waiting for him to get better.’”

In the meantime, friends of the Rigbys decided to show their support by raising funds to help the family pay expenses, and that’s where the blue lights come in.

Erin Woodward, a Newton native now living in Weston, Idaho, got the unique idea from a fundraiser for two young cancer patients in her community. The colored lightbulbs are bought for $2 apiece and resold for donations of $10 or larger. Contributors then display the bulbs on their porches as a show of support.

“Following Luke on his Facebook group about the status of his health, I just felt helpless, so I contacted his parents and asked if it would be OK to do a fundraiser like this,” she said, noting blue was eventually chosen for the color of the bulbs since that is Luke’s favorite color.

Woodward is selling the bulbs in Weston and has collected about $200 so far on the northern side of the border. She conscripted another family friend, Natalie Phillips, to sell the lightbulbs in Newton. Phillips has sold more than $1,000 worth, and it has become a notable sight on the streets of the town, where residents are not only putting out blue porch bulbs but strings of blue holiday lights.

“It’s really cool. It’s fun,” Phillips said. “We drove around last night with our kids, and for them it was better than looking at Christmas lights.”

Phillips was an acquaintance of Luke Rigby growing up but has become even closer friends with his mother, who drives a special-needs school bus used by one of Phillips’ children.

For Diane Rigby, talking about the efforts of Phillips, Woodward and others brings a rush of gratitude and a warm feeling about the folks back home as she and her husband, Mark, trade off sittings with their son in the ICU at the University of Colorado Medical Center in Denver.

Luke has a condition known as primary sclerosing cholangitis, or PSC, that damages the bile ducts both inside and outside the liver. His first transplant in 2013 involved a partial liver donated by another young man from Newton, Tim Bennett. It served him well until early this year when renewed malfunctioning landed him back in the hospital.

A new liver became available in early April, and the surgery appeared successful, but the organ developed a blood clot, and a second liver was transplanted just 13 days later. According to his mother, the inside of the new liver is working but doctors are waiting for the exterior to become fully functional.

Luke has been unable to work in recent years because of physical weakness from his original surgery and has been living on disability. Although his current home is in Hyde Park, his mother says he’s retained strong ties to Newton, like many who’ve grown up in this community of under 800 residents.

“He’s a Newton boy,” she said. “Every Thanksgiving a group of Newton boys come back and play a big game of tag football at the park. That’s our community.”

People wanting to participate in the lightbulb fundraiser can contact Erin Woodward at (435) 896-7293 or Natalie Phillips at (435) 760-9886. The social media hashtag bluelight4luke has been set up for donors to share photos and well wishes.