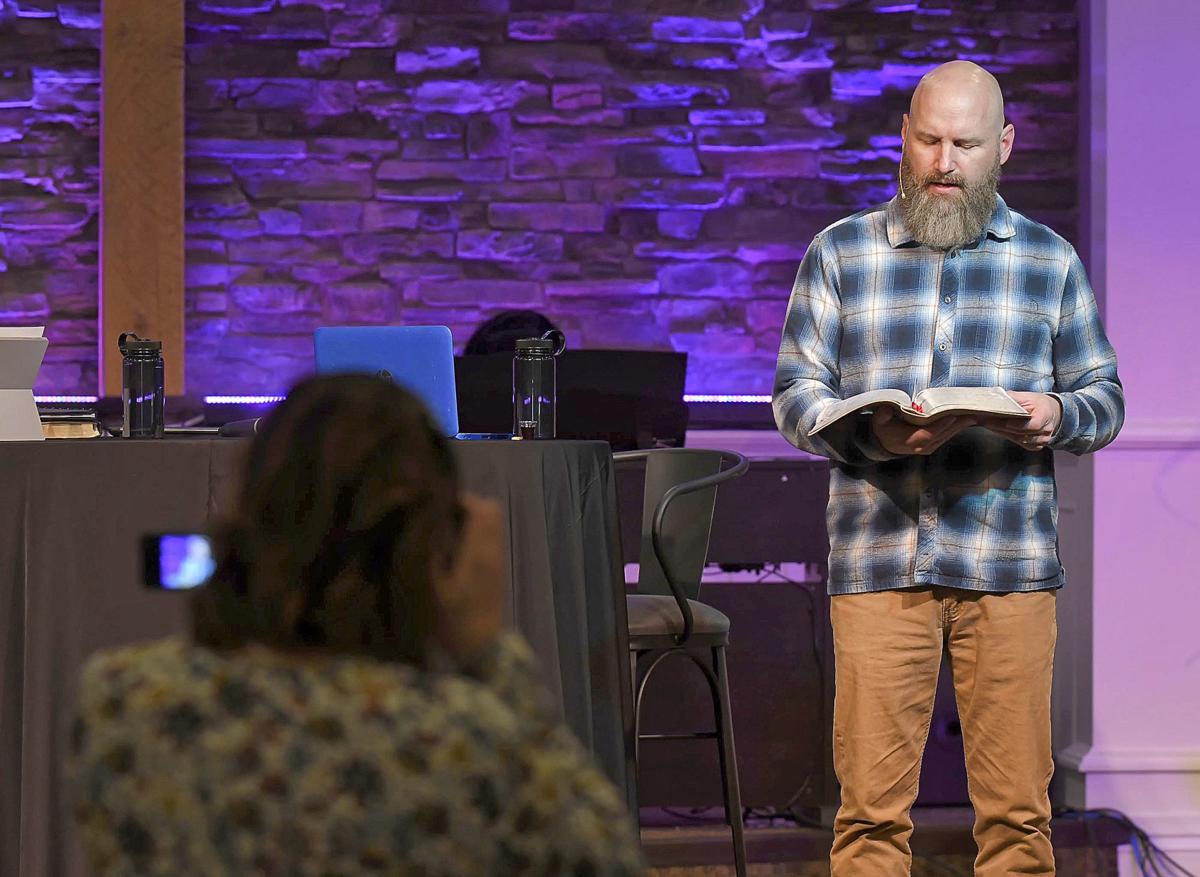 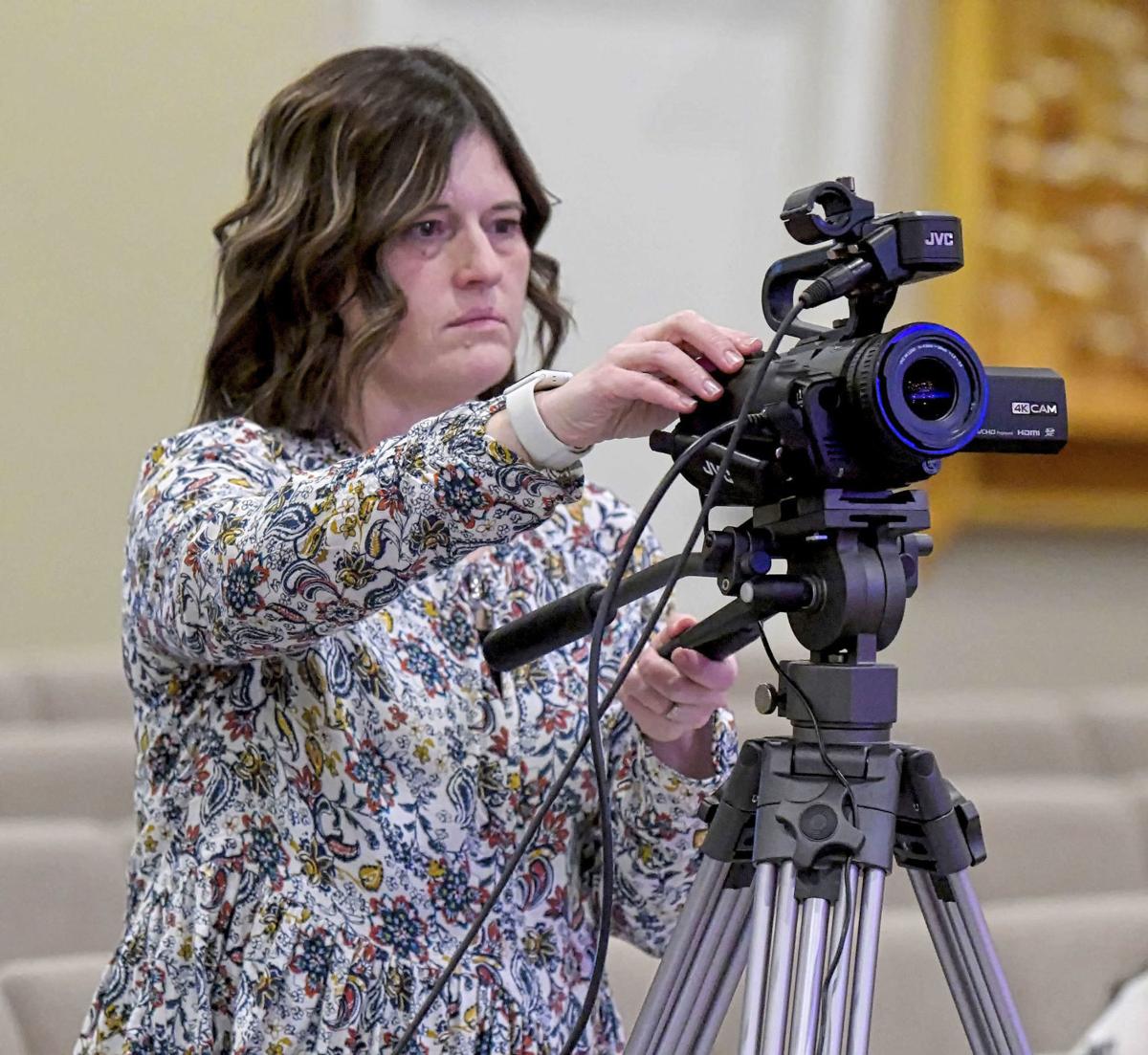 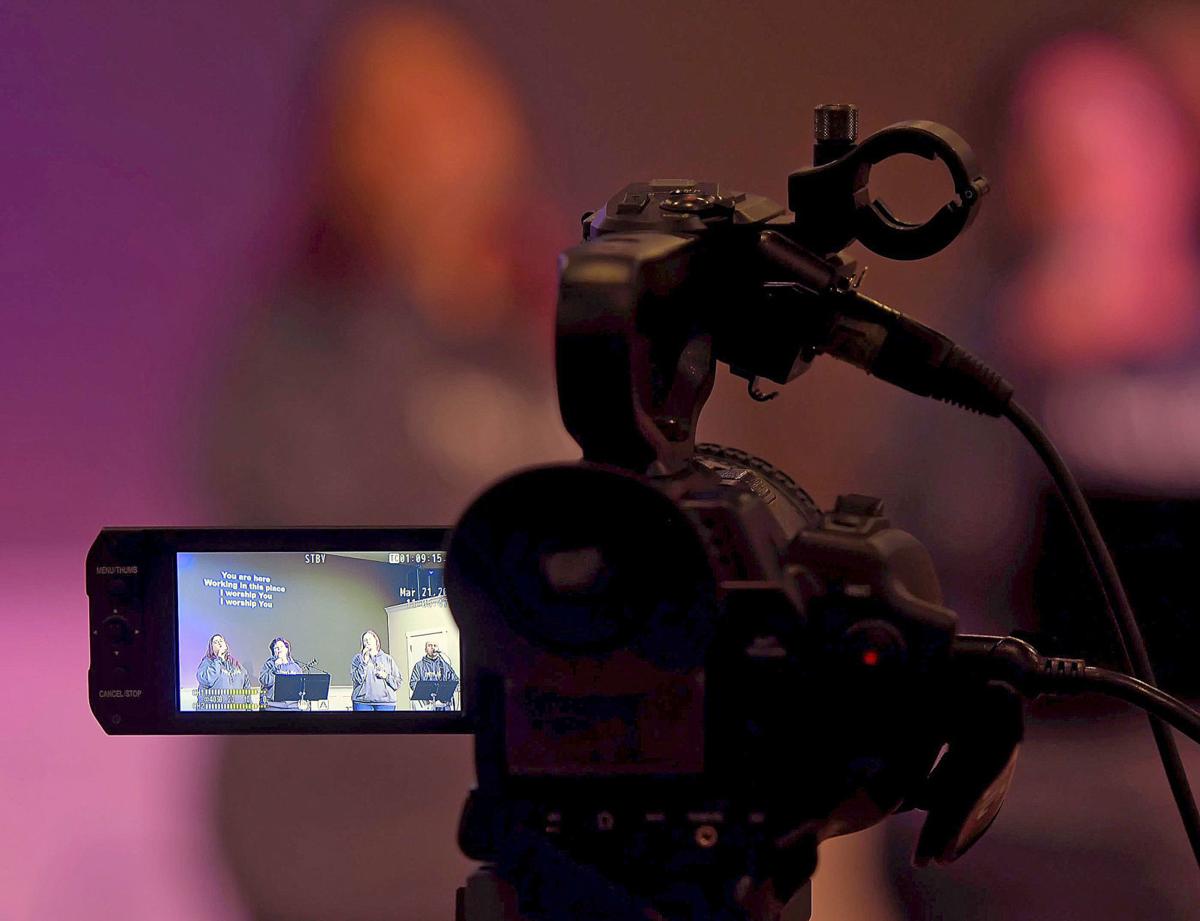 A song is performed during a church services that was live streamed from New Life Fellowship on Sunday morning.

A song is performed during a church services that was live streamed from New Life Fellowship on Sunday morning.

With the recommended suspension of social gatherings amid the COVID-19 pandemic, some Cache Valley churches are using digital platforms to reach their congregations.

“The last week has been one whirlwind,” said Dane Wead, the senior pastor at New Life Fellowship Church in Logan.

“We just felt, ‘No, let’s just get ahead of this and try to be safe for our entire community,’” Wead said. “We tried to get the word out as best as possible that we would not have any services on Sunday.”

“We’ve been doing this for a while, actually,” Wead said.

Though utilizing digital platforms is nothing new for the staff at New Life Fellowship Church, Wead said those platforms are now being used with a greater intentionality. Wead said they have also changed their sermons to a round-table discussion with pastoral staff about scripture in context with the current goings-on. It’s more about conversation than being preached to, Wead said.

“We found some passages of scripture that could really relate to the issue of fear, the issue of anxiety,” Wead said. “We’re trying to bring the audience online into, kind of, a living-room setting.”

Normally, Wead said the sermons get around 100 views on their livestreams; now, they are seeing well over 2,000 views.

“We got more people watching online than would actually come to a church service,” Wead said. “It was just unbelievable.”

John Belles, the lead pastor at Alpine Church in Logan, said the seven Alpine campuses have also resorted to livestreaming. According to Belles, the recently constructed Brigham City campus is broadcasting to the entire Alpine congregation in Utah while church doors are shut.

“They’ve been livestreaming, through Facebook, their services for months,” Belles said. “Since they have some of the better technology in place, that’s why we chose to use their livestream for all of our campuses.”

Belles said services are closed through March 29, and the church will reevaluate at the end of the month and as new information becomes available.

For Wead, it behooves the church to listen to government authorities and show concern for their fellow man. He said the pastoral staff is taking every step possible to make sure people are healthy, safe and taken care of.

“This is a time where the church needs to lead the way,” Wead said.

Belles said it’s important and biblical for church leaders to teach the congregation to obey authority in general — even if you don’t agree. Belles said he doesn’t want to see aggressive hoarding, but would rather see people love their neighbors as themselves.