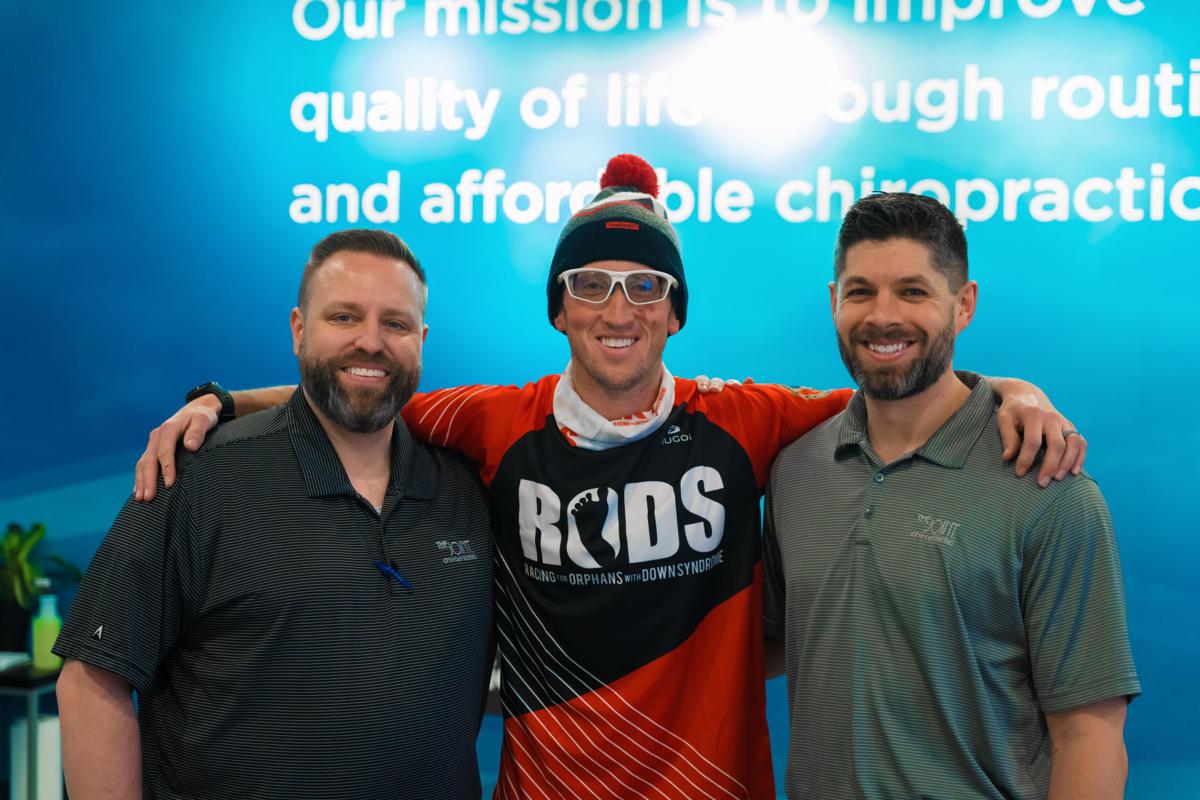 RODS executive director Mike McKnight, center, poses with The Joint, one of the many businesses helping with an event this Saturday to raise money to adopt orphans. 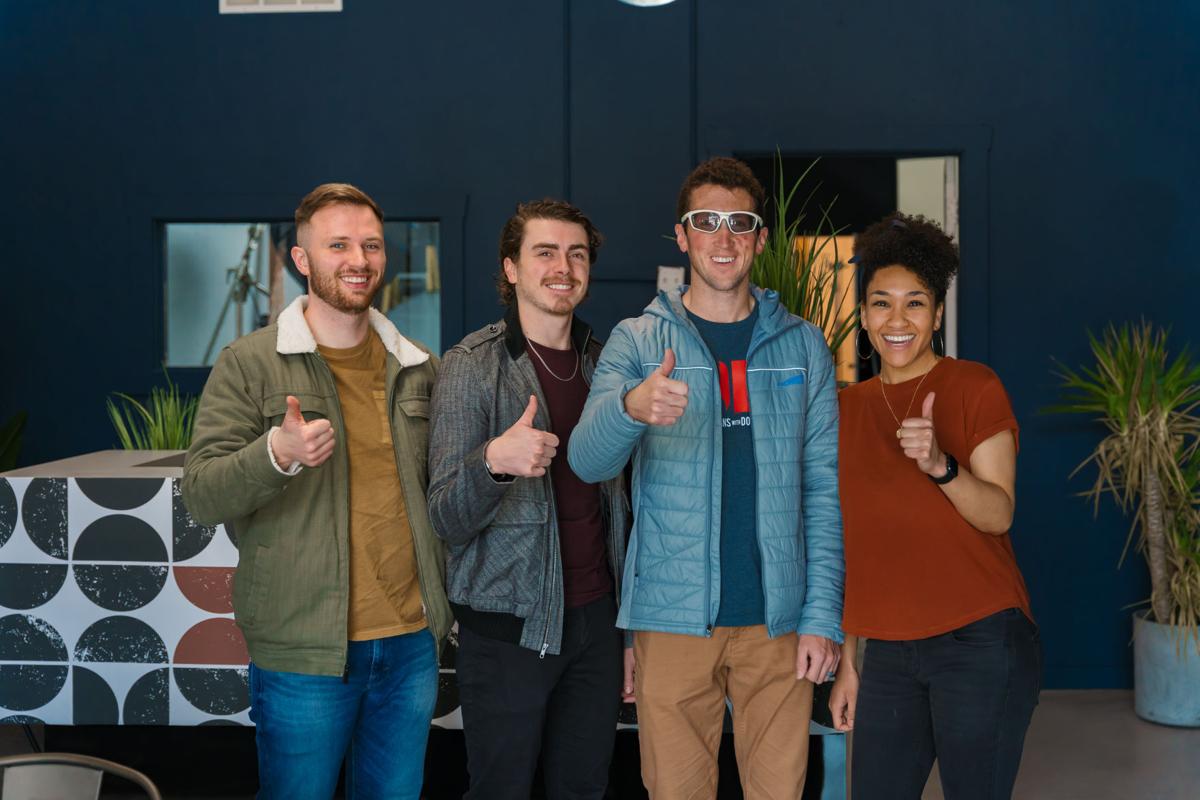 RODS executive director Mike McKnight, second from right, poses with members of Clout Local, one of many businesses helping sponsor an event Saturday to raise money to adopt orphans with Down syndrome. 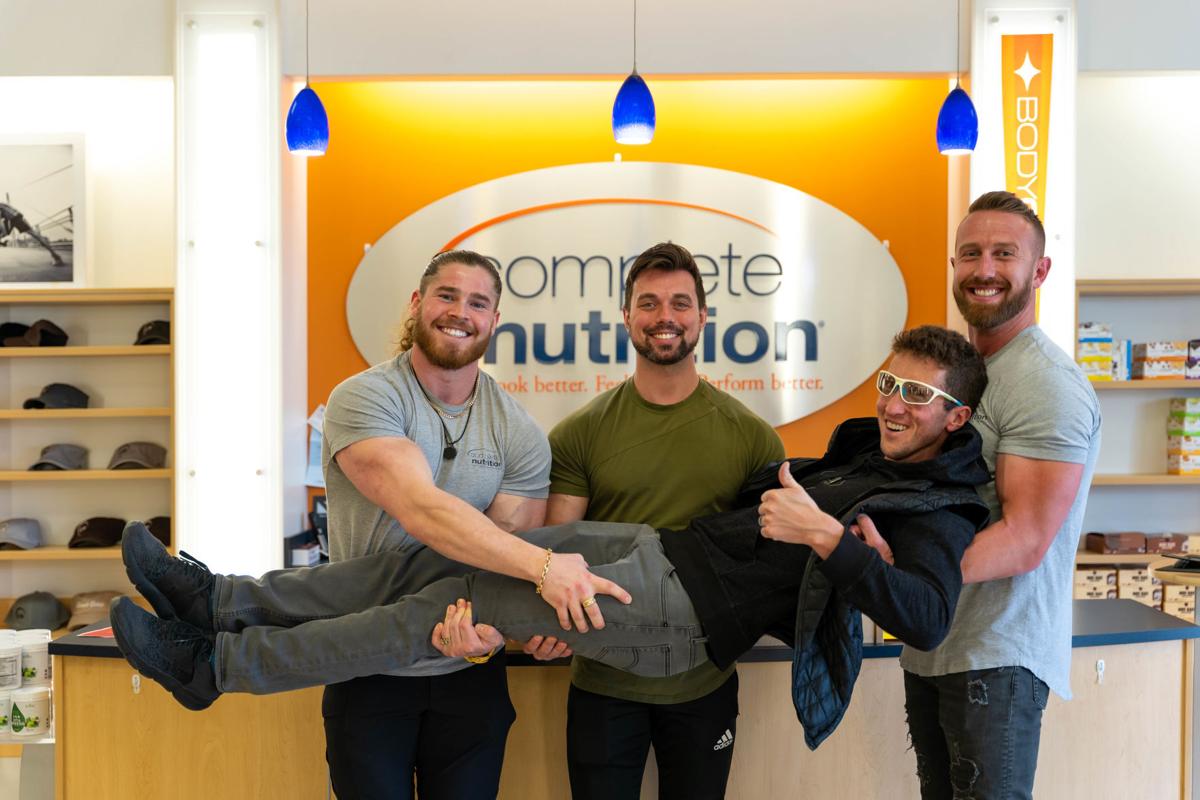 RODS executive director Mike McKnight, being held, posses with employees at Complete Nutrition, one of many businesses helping sponsor an event Saturday. 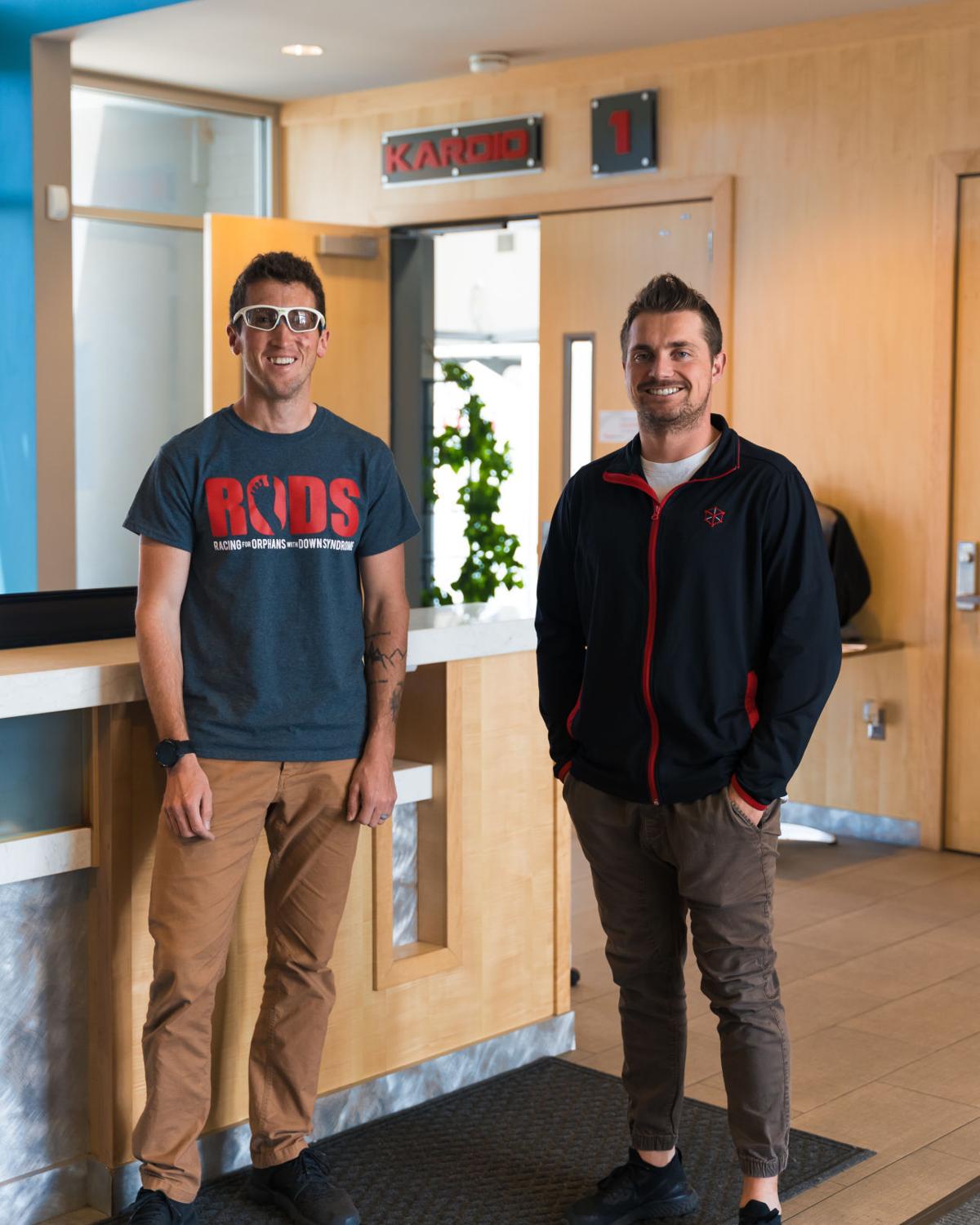 RODS executive director Mike McKnight, left, posses at Kubex. Kubex is one of the many businesses helping sponsor an event Saturday to raise money for orphan adoptions.

RODS executive director Mike McKnight, center, poses with The Joint, one of the many businesses helping with an event this Saturday to raise money to adopt orphans.

RODS executive director Mike McKnight, second from right, poses with members of Clout Local, one of many businesses helping sponsor an event Saturday to raise money to adopt orphans with Down syndrome.

RODS executive director Mike McKnight, being held, posses with employees at Complete Nutrition, one of many businesses helping sponsor an event Saturday.

RODS executive director Mike McKnight, left, posses at Kubex. Kubex is one of the many businesses helping sponsor an event Saturday to raise money for orphan adoptions.

With World Down Syndrome Day happening this Sunday, a nonprofit based in Utah with deep Cache Valley ties is hosting an event on Saturday to raise money and bring awareness to its cause.

Racing for Orphans with Down Syndrome, or RODS, has been building up to this weekend with videos posted on various social media platforms during the month of March. A video that highlights past and current orphans is at bit.ly/RODSvideo (URL is case-sensitive).

RODS is all about helping families adopt Down syndrome orphans. It was created in 2007 by Brady Murray, a Cache Valley native. He and his wife Andrea have a son, Nash, who has Down syndrome. The Murrays have also adopted a son with Down syndrome. RODS has helped close to 100 orphans find families.

Mike McKnight recently became the executive director for RODS and has been busy planning for what they are calling the “Three 21 Event,” which culminates this Saturday at Rendezvous Park in Logan. It is based around the numbers 3 and 21 as that is the date for World Down Syndrome Day.

“Bike 21 miles, run 21 minutes, sit in a river for three minutes with 21 people, etc.,” McKnight said. “And donate to the organization. This is a nationwide event that people can register for at no cost.”

The reason he mentioned sitting in a river is because that’s exactly what he plans on doing Saturday. McKnight will be sitting in the Logan River for three minutes with at least 20 others and would love to have more company.

“Myself and Alan Lawrence, a friend in the area who has a son with Down syndrome, got together two weeks ago and talked about something he and I could do for the ‘do’ portion. He’s big into ice baths and I’m not, so I suggested we do a dip in the Logan River. Ironically enough, a friend of his and the crew at Complete Nutrition were also wanting to do an ice dip and raise money for a nonprofit. So we all connected and learned that there were close to 10 other businesses that also wanted to get involved.”

The “dip” will take place at Rendezvous Park at 2 p.m. Saturday. Waves of 21 people will strive to sit in the water for three minutes for Three 21.

Lawrence is known on social media for his “Will can fly” posts. He takes pictures of himself holding his son in the air, then Photoshops himself out.

“It’s very cool,” McKnight said. “Alan has quite the following on social media, and he’s been posting a lot lately about doing ice dips in the river by his house in Paradise. He wants to use his following to help RODS, so we both mutually suggested the idea of an ice dip together. Then we learned of the other businesses who wanted to get involved.”

Originally, McKnight and Lawrence were just going to do it, but word has spread and many have joined the event.

“This is so satisfying,” McKnight said. “I love how miraculous this turned out to be. … The founder of RODS has always said that when you get caught up in a cause greater than yourself, miracles happen.”

McKnight has a permit to hold the event. Rendezvous Park is located just off U.S. Highway 89-91 and next to the Logan River Trail.

“We have no idea how many will show up,” McKnight said. “I’ve invited friends and family, and so did the others. Plus the businesses. We’re hoping to get many people to come. Everyone is invited.”

McKnight, who is nationally known for his success as an ultra-runner, was interviewing for a job for a company in Lehi. During the interview, Murray decided McKnight would be a better fit for RODS and told him about the nonprofit he started more than a decade ago.

“After a couple weeks of talking, he (Murray) offered me the position,” McKnight said. “But a cool side story is I had a connection with RODS prior and didn’t even know it. My sister Ginger adopted a little girl from Colombia with Down syndrome four years ago. RODS gave her the final grant she needed to bring her daughter home. I knew four years ago that an organization helped her, but wasn’t aware it was RODS. So my sister and Brady know each other. Brady has a picture of him holding Maggie, my sister’s daughter.”

Like his passion for running, McKnight has quickly been sold on the important work RODS has done and continues to do through people donating and adapting orphans with Down syndrome.

“The main goal is to continue to identify orphans with Down syndrome who need forever families,” McKnight said. “To not only identify them, but provide enough funding that families will step forward to adopt. But we also want to grow into a big enough organization so we can have a broader reach in the adoption world.”

Murray’s passion has certainly rubbed off on McKnight.

“I love it,” McKnight said. “He (Murray) trusts me and lets me run with my ideas. He’s also the most compassionate, sincere person I know. I can tell he has a large amount of love for this organization’s purpose.”

RODS is always looking for people to join the group. The first letter in the organization came from bringing awareness to the cause through racing. Murray has completed Ironman events, including the World Championship in Kona, Hawaii. He and his wife have also qualified and run the Boston Marathon wearing RODS gear.

McKnight made it a point to thank those businesses that have joined the event this Saturday, which include: Complete Nutrition, Love to Cook, The Joint, Cafe Sabor, BrightBox, Spartan Refinery, Whip Soda, Bluebird Candy, Soul Fitness, Kubex and Clout Local.

For more information or to donate, you can contact McKnight at: mike@rods.org or go to rods.org and click on donate. As far as this Saturday’s event, you can just show up, he said.

“Remember, the orphans at the end of the video that we are encouraging people to share are current orphans,” McKnight said. “They are desperately in need of a family.”