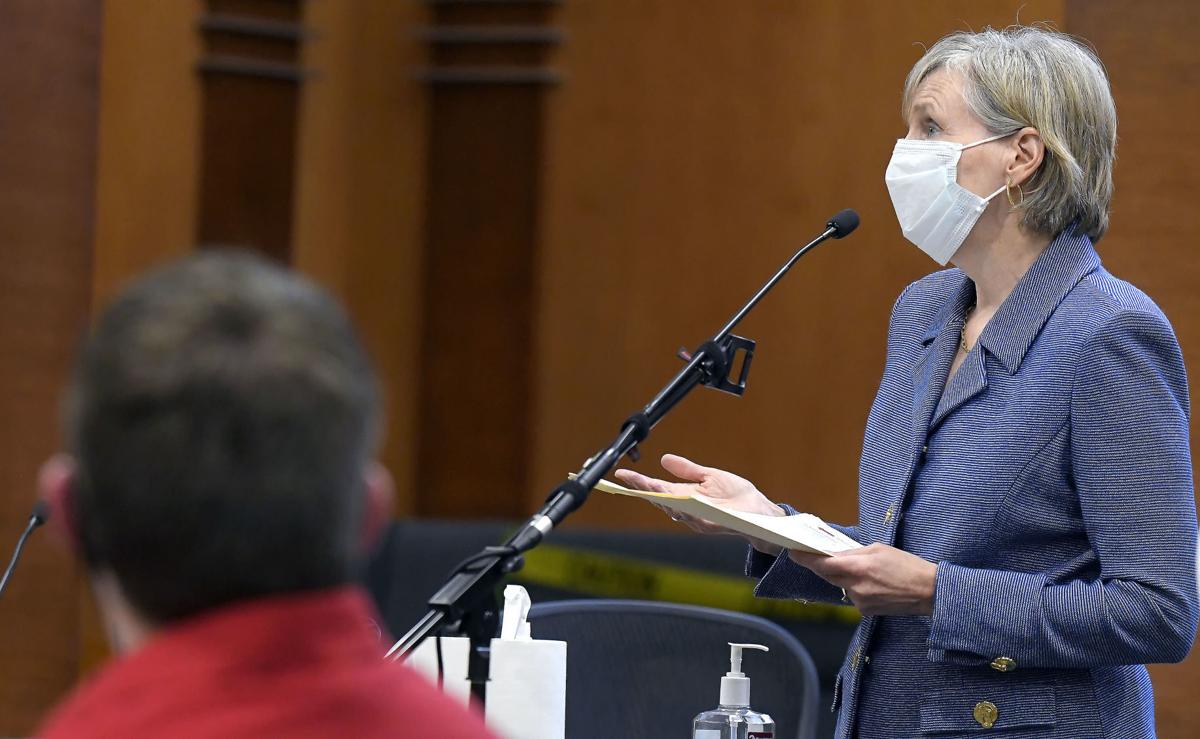 Mayor Holly Daines speaks to the city council about possibly extending the mask mandate in Logan City on Tuesday evening. 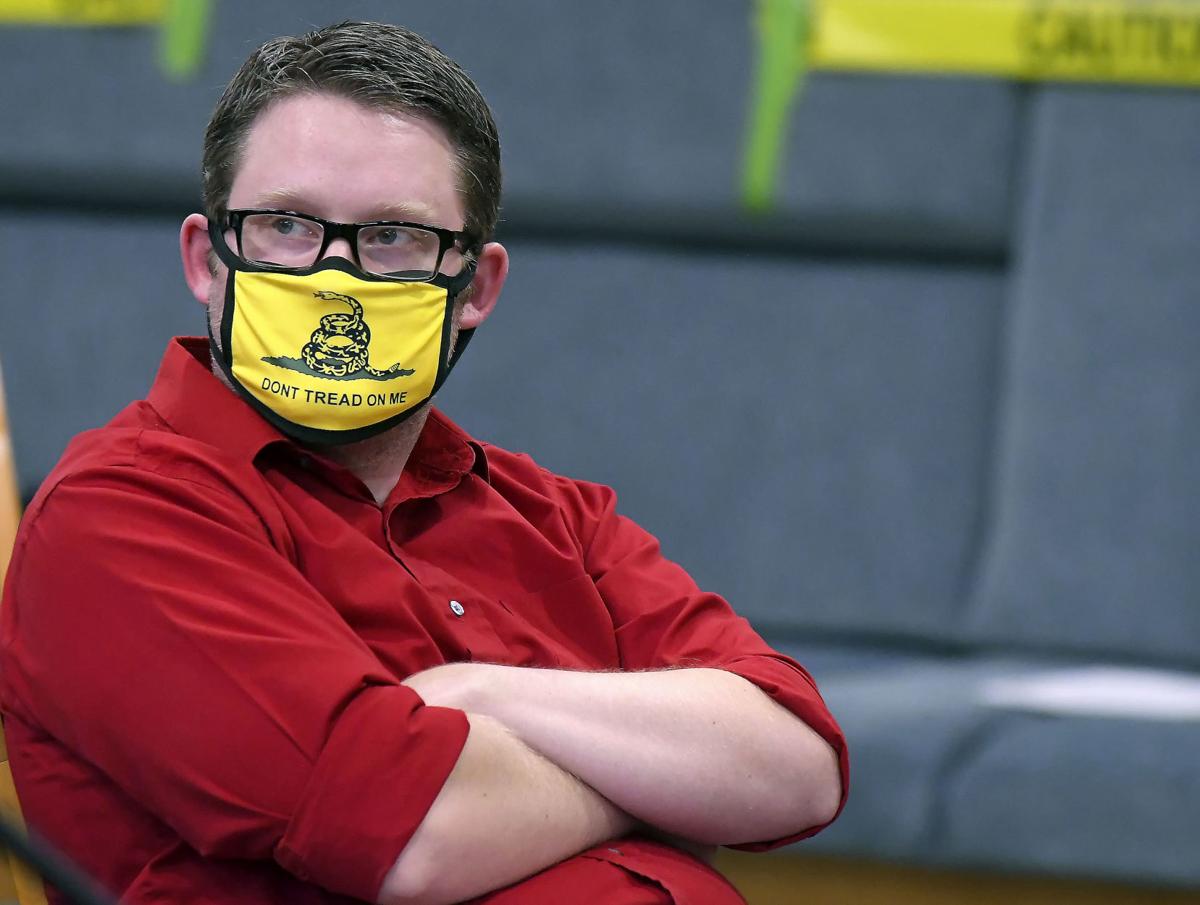 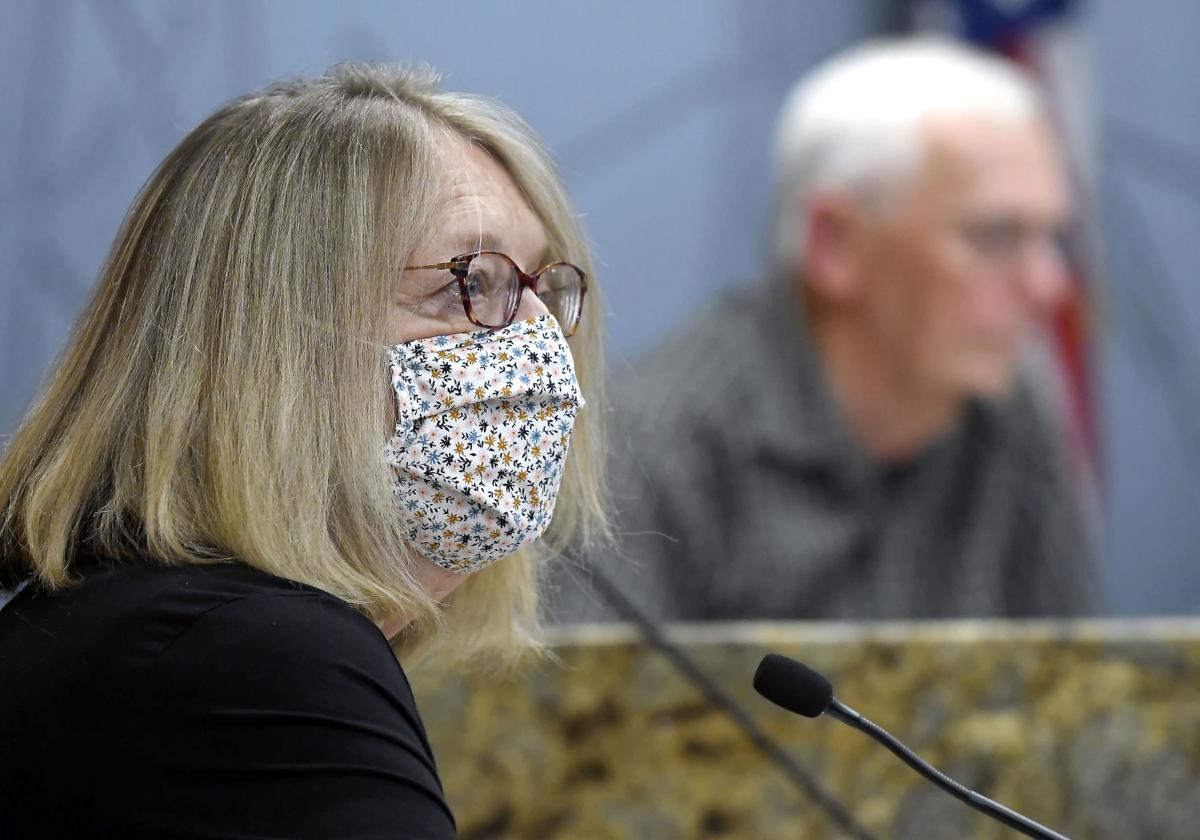 Mayor Holly Daines speaks to the city council about possibly extending the mask mandate in Logan City on Tuesday evening.

Extend the State of Emergency, and therefore the mask mandate, until Dec. 31. Pass a resolution to educate and encourage mask wearing, without penalties. Do nothing.

These were three options the Logan Municipal Council had to choose from going into the meeting on Tuesday.

After two hours of comments and outbursts, the council voted 4-1 not to extend the citywide mask mandate as a safeguard against coronavirus but to pass the resolution to encourage masks instead.

The citywide mask mandate will expire on Aug. 30 when the 30 days of the state of emergency have passed, and the resolution — meant to focus on education on the benefits of wearing a mask — will then go into effect until Oct. 15.

“By then, with USU starting and our local schools, I think by then we’re gonna know more about how it’s gonna go, without penalties,” said Councilmember Mark Anderson.

Councilmember Tom Jensen was the solitary “Nay,” saying he objected to the verbiage of the resolution requiring masks when it imposed no penalties to enforce the policy.

Councilmember Jess Bradfield cited a statistic from Dr. Angela Dunn that claimed 80% of Utahns were willing to wear a mask when in public, though he said mandates have led to division, judgement and conflicts.

Instead, he encouraged residents to do the right thing and follow information from experts.

When the meeting started, there were fewer than a dozen citizens in the room. At the peak of comments, it had grown to more than 20, with more than 30 others in the hall and overflow room to watch the meeting.

Most in the overflow crowd wore masks. Most in the main chamber did not, highlighting the lack of enforcement to the citywide mandate. In fact, Chief Gary Jensen said, to his knowledge, the Logan City Police Department has not issued any citations, despite many people ignoring the mandate.

Before the meeting was open for public comment, Council Chair Amy Anderson read “a smattering of excerpts” from some of the hundreds of emails received by the council. Councilmember Jeannie Simmonds said the council received 95 emails for a mandate, 55 against and others not making a clear argument either way.

Opinions sent in online ranged from the mask mandate being “a false sense of security” and “gross overreach of government control’’ to an appreciated, logical and science-proven approach to keep the community safe, especially as thousands of students return to Utah State University, and they were echoed in the council chamber.

However, the majority of those in attendance were against the mandate and included one of the Intermountain Healthcare nurses who went to New York to assist in the fight against COVID-19.

“It’s here to stay,” Misty Best said, “but we need to get on with our lives.”

The low number of cases in Cache County was frequently cited as a reason not to extend the mandate.

Other residents, like Jennifer Peeples, said wearing masks is a matter of caring for the community.

“If we were only individuals, we wouldn’t have the need for laws and rules. But we’re not. We’re a community,” Peeples said. “That’s why we’re not allowed to go down Main Street, going 80 miles per hour, or to sell salmonella-infected onions.”

She also referenced the Joseph Stalin quote — “One death is a tragedy; 150,000, a statistic” — and said masks would prevent local COVID-19 deaths, “No more tragedies in Logan.”

The most vocal speakers at the meeting were the opponents — whose supporters clapped after several statements calling for the mandate to end, though clapping in the chamber is historically not allowed in order to keep the meeting progressing.

Comments that voiced concern about masks’ impact on mental health drew the most applause. The rebelliousness against the council asking to hold applause drew censure from Anderson, who chastised the crowd to be respectful. Local business owner Jason Henderson responded to each request to maintain calm saying “It’s the people’s chamber,” with each outburst growing louder.

Multiple speeches called on the adverse effects of COVID-19 precautions, such as suicide ideation and mental health. Several people cited the statistic that more people have died by suicide than the virus in the valley, although the current number of suicide-related deaths is still lower than last year at this time.

Nearly all those against the mandate made claims that masks are ineffective, something that bothered Allan Anderson, a surgeon at Logan Regional Hospital.

“I want to commend everyone on their true Libertarian spirit and arguments against government intervention ... but ultimately, I’m hearing a lot of misinformation,” the doctor said. “Masks work. They don’t eliminate the disease, but they significantly prevent spreading it.”

Others brought up concern about living in fear, which Anderson countered: “You don’t have to be afraid of it, but it doesn’t mean it’s not dangerous.”

Jenson added generally, mandates are not a constitutional issue.

“If they were, we wouldn’t have no smoking laws indoors, or car seats, or seat belts,” he said. “There are a lot of things we mandate that take away rights. We also have to recognize the concern we have for others.”

Similarly, councilmembers Anderson and Simmonds said as masks are required for children to attend schools, it sets a good example for children to see more adults — parents, specifically — wearing masks.