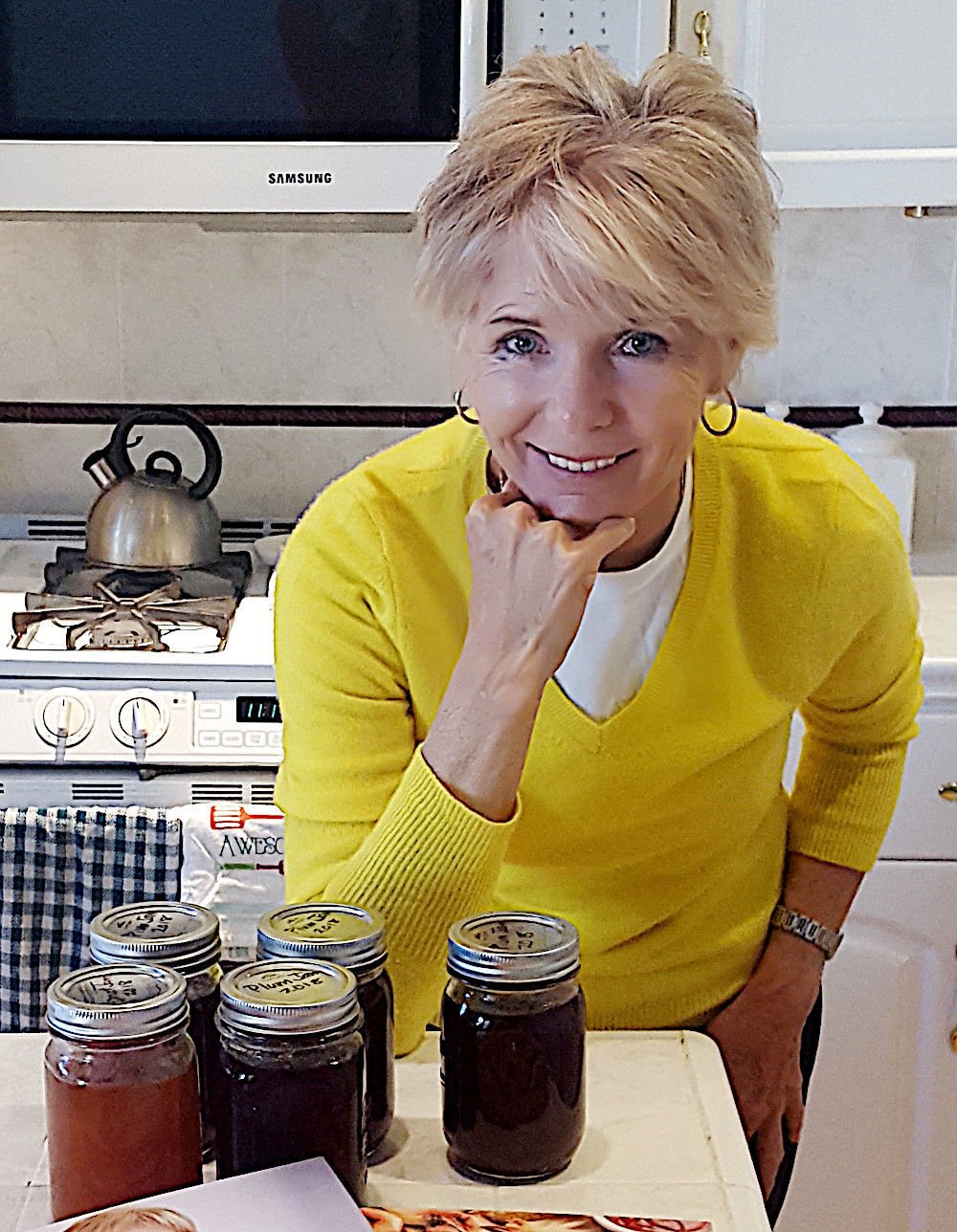 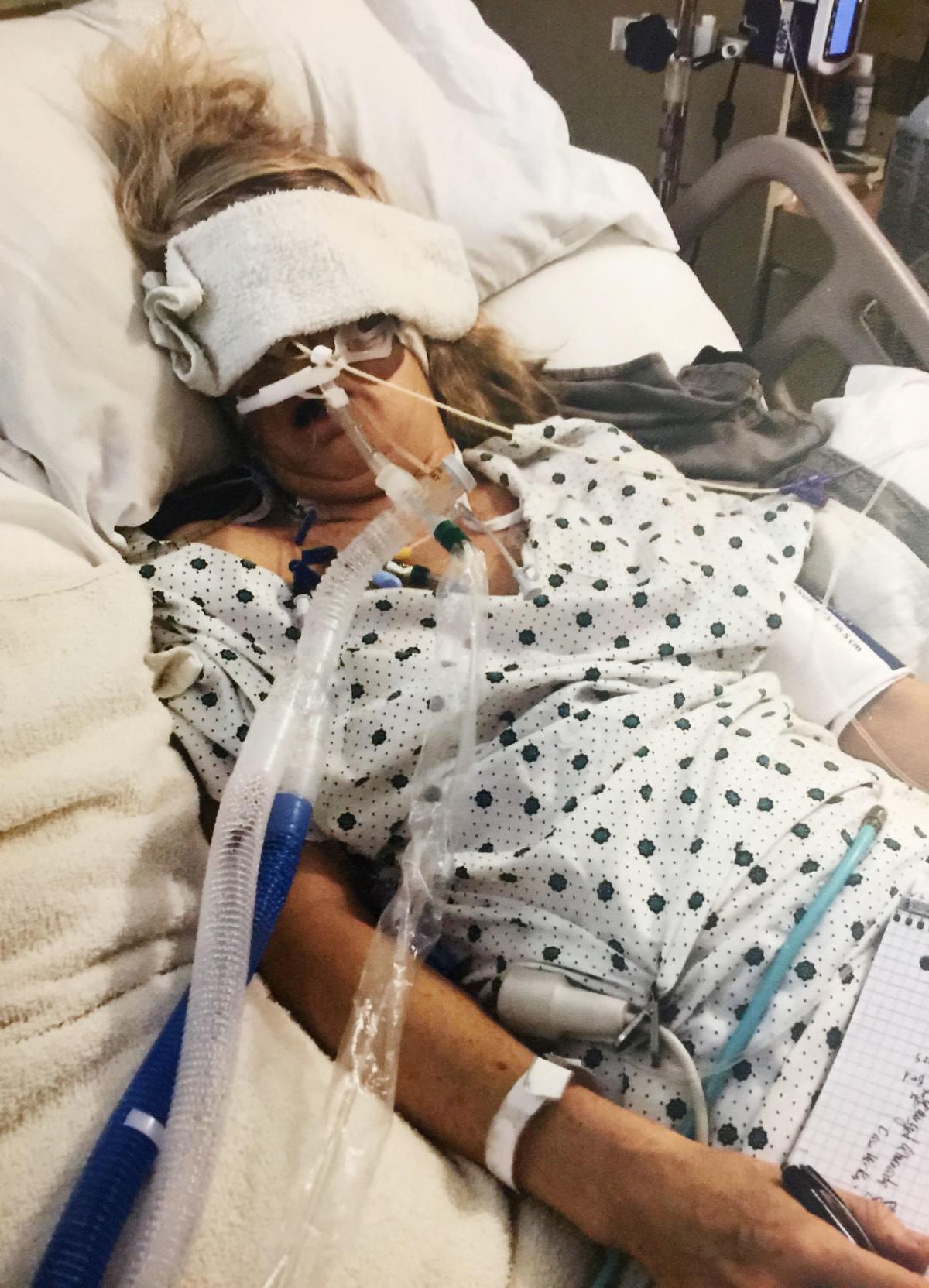 Logan resident Debbie Miller is treated for botulism in the hospital in January.

Logan resident Debbie Miller is treated for botulism in the hospital in January.

Editor’s note: This story is the first of a short series on home canning safety.

In its most recent report, the Centers for Disease Control cited only 182 lab-confirmed cases in all of the United States for botulism in 2017 — a disease caused by what the World Health Organization says is “one of the most lethal substances known.”

Though botulism is rare and very preventable, Debbie Miller of Logan will be one of the CDC’s 2019 confirmed cases and she is on a mission to warn and educate others about its devastating effects, from which she is still recovering.

After many years of battling the mad rush and economics of the San Francisco Bay area, where she did clinical research, Miller dreamed of returning to the simple “pioneer” life of canning and gardening in Montana. Cache Valley presented all the essentials of life close by, but still had the small-town feel she was looking for. In 2015, she packed up and moved to Logan.

“I was a neophyte,” Miller said. “I came from California and I was going to live the prairie life in beautiful Utah and live the heritage of my grandmother through canning and I realized I wasn’t prepared. … My grandmother was a farm wife and canner in Montana. My grandfather was rancher and farmer. They canned meats and vegetables all the time. It was part of my heritage.”

Miller has often canned prize-winning jams with waterbaths, but she had never pressure canned. So when Miller planted her garden last summer and grew a crop of bush beans that did her proud, she wanted to preserve them and thought pressure canning couldn’t be that different. Knowing that the gauge was not calibrated correctly on the canner given to her by a friend, Miller assumed that cooking the beans longer would destroy the dangerous bacteria just as well as making sure it reached temperature for the recommended time.

Nine days of intubation in intensive care, three months in rehabilitation, a tracheotomy, thousands of dollars towards medical bills and ongoing therapies to help her relearn to talk, walk and even lift a pan into a cupboard would be only part of the cost of that mistake.

On Jan. 1, Miller enjoyed one of the last cans of her beans. Three days later, she woke up with severe double vision. Realizing something was very wrong, she went to the doctor and after a clear MRI reading, she was sent home. She was immediately brought back in when she reported that her tongue was swollen and she was having a hard time holding her head up. The doctor narrowed the cause down to food and suspected botulism. A serum test confirmed the diagnosis.

“He immediately got on the phone to Heath Department and CDC and asked about antitoxin,” Miller said. “The closest antitoxin was in Los Angeles. … There was none in Utah.”

According to the National Center for Biotechnology Information, the Botulinum neurotoxin is so potent that it can be used as a bioweapon, and “a single gram of crystalline toxin, evenly dispersed and inhaled, can kill more than 1 million people.” Botulism is not contagious, though.

Miller was interviewed by the Utah Department of Health that day and with permission, a neighbor accompanied UDOH into Miller’s home to confiscate all the remaining canned beans and butter pickles for further confirmation of the disease’s source.

Botulism damages nerves and nerve function. It causes a progressive paralysis descending from the head. Symptoms can present themselves anywhere from a few hours to three days, depending on how much was consumed. The muscles in the eyes and throat weaken first, causing eyelid and head droop, double vision and difficulty in speaking and swallowing. The disease becomes life-threatening when the muscles of the respiratory system begin to weaken. Mental functioning is not impaired, so victims remain alert and conscious throughout the disease.

Miller’s disease progressed to the point that all she could move during her stay in ICU were her fingers and toes. Communication was only possible by writing on a tablet with her working fingers.

“I was never in pain,” Miller said. “I was never afraid. I’m a person of faith. I leaned on Heavenly Father and I had a feeling that I was going to be OK. I had a peace about it from the beginning. This became just a chapter of my life.”

According to the Center for Health Security, the recovery from botulism paralysis can be weeks to months. Time is required for damaged motor nerve endings to regrow; muscle fatigue and shortness of breath can persist for years; and in some cases, the damage is irreversible. The sooner the antitoxin can be administered, the less damage occurs to the nerves.

The director of pharmacy at SLC Regional Medical Center, Renee Petty, said that the CDC contacted her immediately when a positive diagnosis was reported and had her personally drive to the airport to pick up the antitoxin, which was administered to Miller within 10 hours of Petty being contacted.

Once Miller agreed to having the tracheotomy, she could no longer eat food by mouth. A nose feeding tube was put in place, which was eventually replaced with a stomach feeding tube. She began physical therapy immediately. It took over a month from being diagnosed for her to even be able to stand with a walker.

On March 20, Miller’s trach and feeding tubes were finally removed.

“A wonderful hallmark was when I was free from the vent and able to breathe normal air,” Miller said. “They have to wean you and it’s hard for your lungs to get that air again. I also hadn’t eaten normally for two months, and I dreamed about a wonderful, cool beverage going down my throat constantly.”

Miller was finally released to come home on April 5. She said that she just didn’t feel like her home was her home and life anymore. Today, she now feels she’s about 75% back to feeling normal again. She also does a lot more cooking because during her downtime in the hospitals, she watched a lot of cooking shows on PBS. She also started back to work in June and made a first slow jog around the block — a breakthrough for someone who used to run every morning. Miller has also started gardening again.

“No green beans, of course!” Miller joked. “I’ll grow them again one day, but I’ll eat them fresh.”