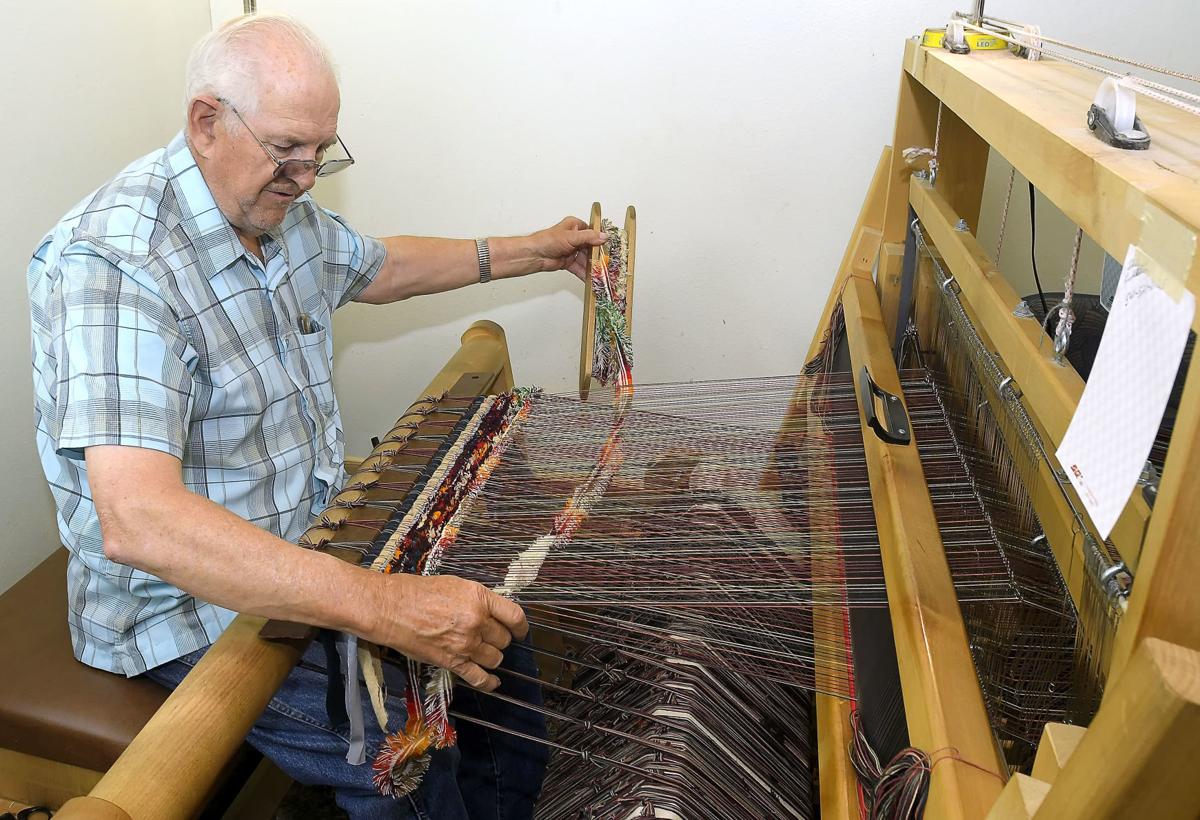 Terry Thompson weaves a rug at his home in Mendon, on a loom that he built. 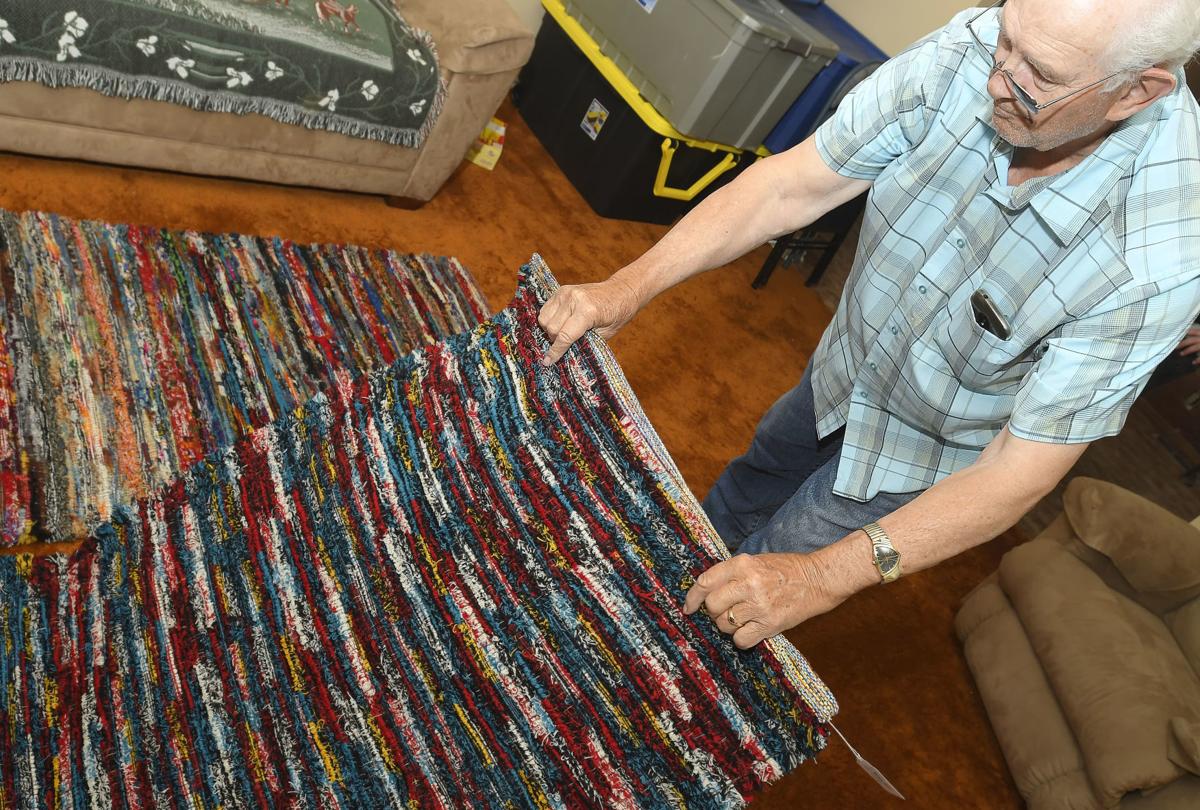 Terry Thompson shows some of the rugs that he wove on a handmade loom at his home in Mendon. 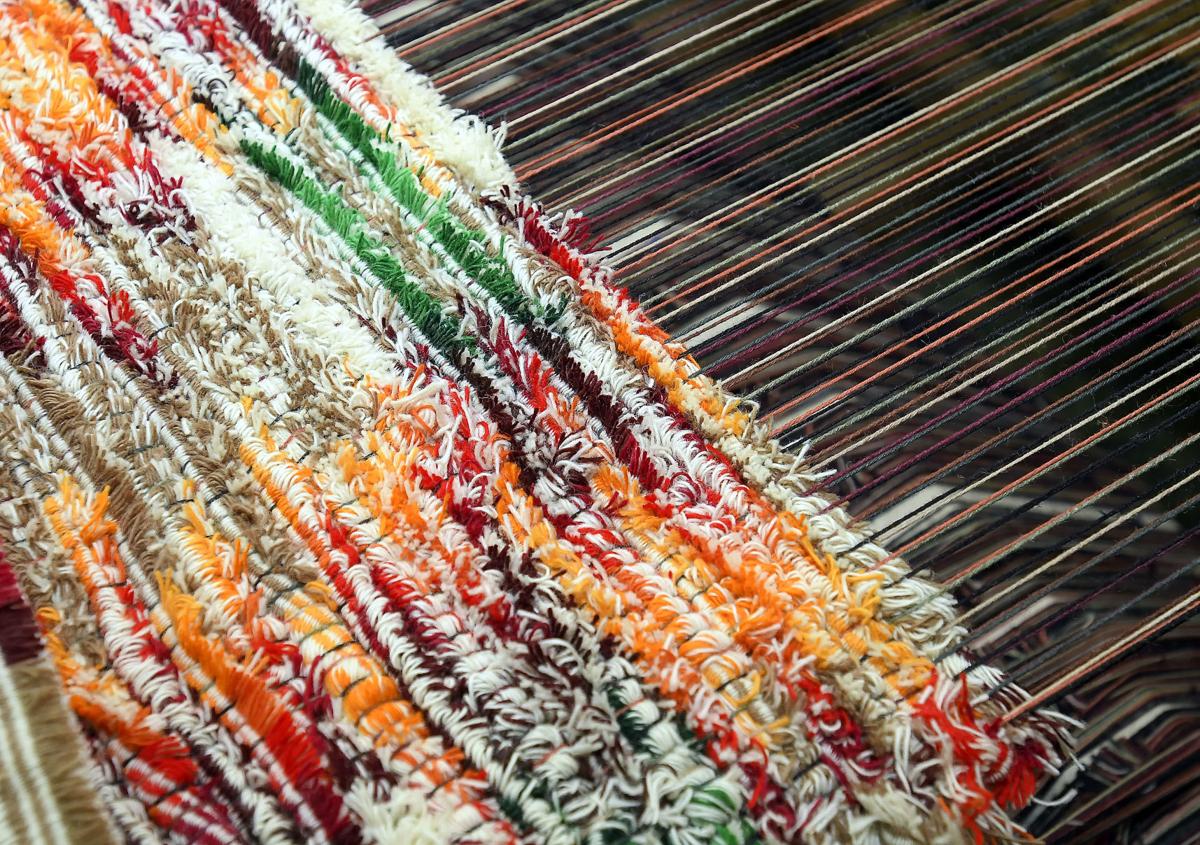 A rug is being woven on a loom that Terry Thompson built. 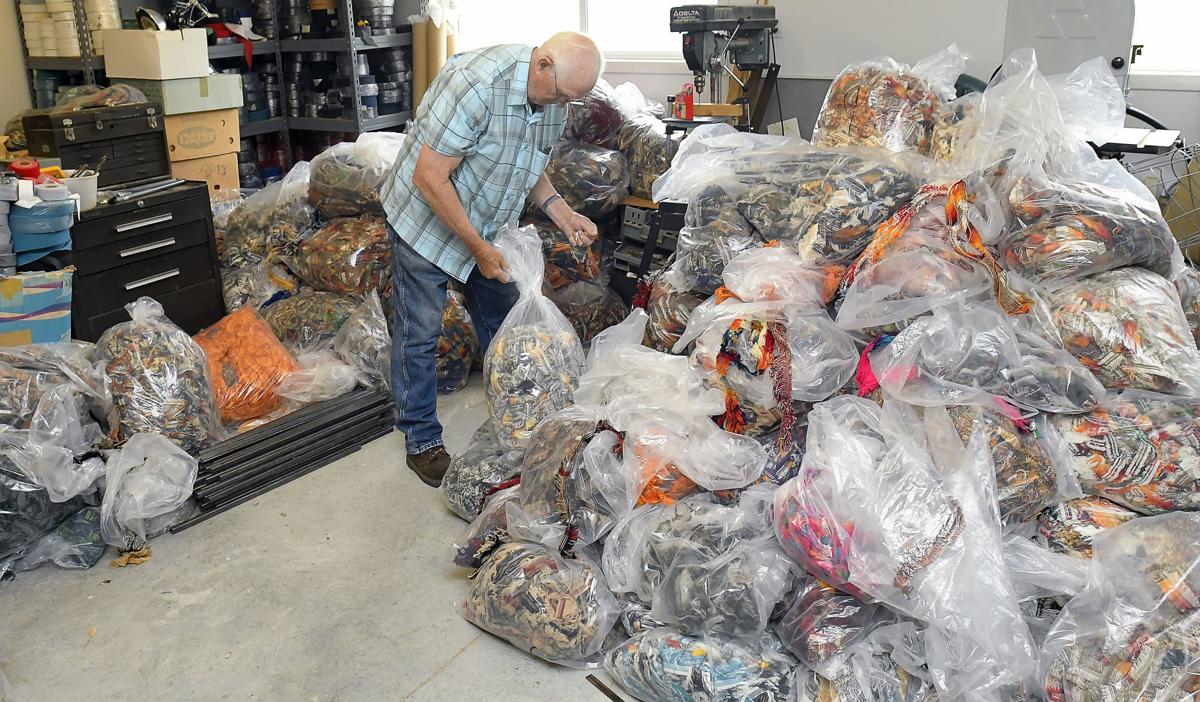 Terry Thompson looks through bags of wool scraps from Pendleton Woolen Mills that he uses to make rugs on a handmade loom. 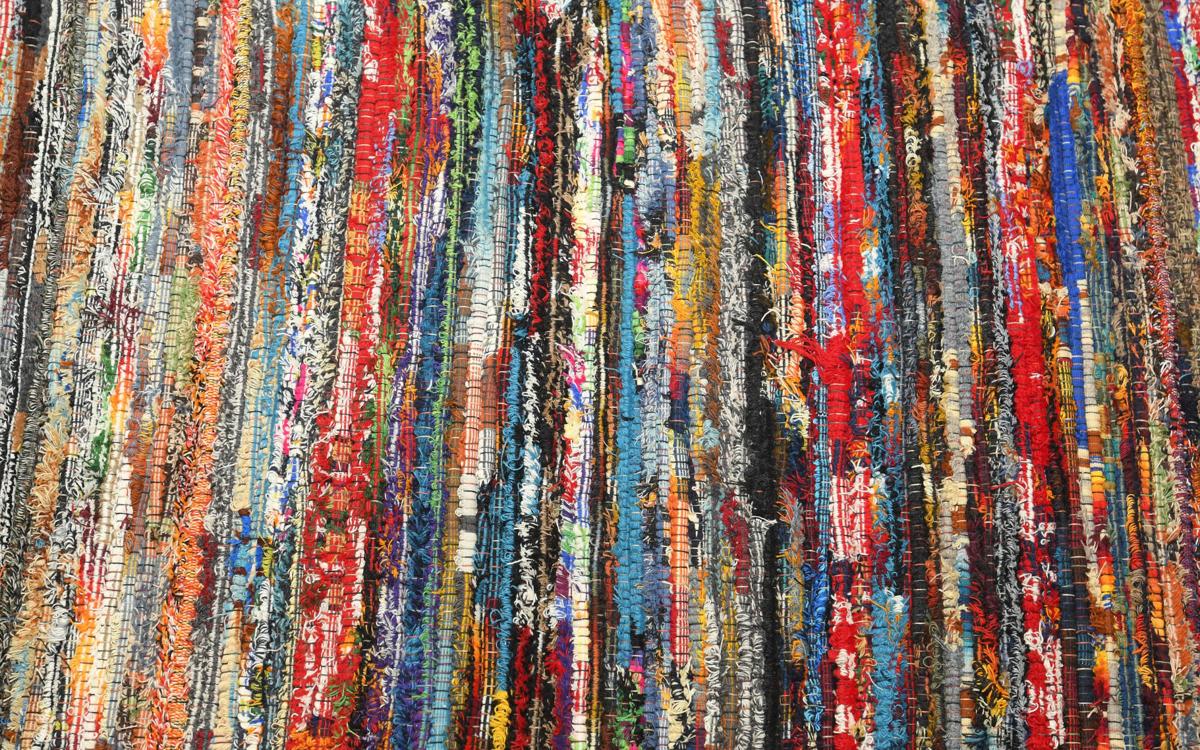 A rug that Terry Thompson wove on a handmade loom at his home in Mendon.

Terry Thompson weaves a rug at his home in Mendon, on a loom that he built.

Terry Thompson shows some of the rugs that he wove on a handmade loom at his home in Mendon.

A rug is being woven on a loom that Terry Thompson built.

Terry Thompson looks through bags of wool scraps from Pendleton Woolen Mills that he uses to make rugs on a handmade loom.

A rug that Terry Thompson wove on a handmade loom at his home in Mendon.

The coronavirus pandemic has disrupted nearly every facet of society in some way. One impact that might not be readily apparent is the way it endangers crafts like weaving by hand on a loom.

From his home in the foothills of Mendon, Terry Thompson weaves rugs. He sells them from his Terry’s Tinker Shop booth at fairs, festivals and other shows — events that have all been canceled to help slow the spread of coronavirus.

“I have over 300 rugs on hand now,” Thompson said. “Sure would like some shows to keep going. The only show that we have left this summer is Bear Lake Raspberry Days, and I expect them to call any day” to cancel.

Thompson said he took a stab at an online shop on the Etsy platform once, but most of his rugs are unique and by the time he could get them listed on the site, they’d already have been sold.

Thompson picked up weaving more than a decade ago. As a senior missionary serving with his wife, Carol, in Nauvoo, Illinois, Thompson was assigned to the blacksmith shop. During winter, the off-season for tourism to the early Latter-day Saint historical site, Thompson asked the family living center site leader to show him how the loom works.

“I was going stir-crazy” in the winter, Thompson said. “I’m the type that has to keep busy.

Thompson had never examined a loom before, so he was curious. The site leader showed him the various parts of the loom and how they worked and let him continue weaving a piece that had already been started. When the site leader checked back in a couple of hours later, Thompson had a 5-foot piece done.

The site leader was impressed, however, because his first time sitting at a loom, Thompson had woven a perfectly straight piece, which can be difficult for beginners.

“And he says, ‘I have finally found a weaver,’” Thompson said.

Over the remainder of his mission, Thompson wove rugs to replace several at the historical sites in Nauvoo, as well as a rug for each of the 76 sister missionaries, and 16 more for temple missionaries.

When he returned from his mission, he wanted to continue weaving, but he couldn’t find a satisfactory loom for sale.

“The commercial ones you buy — of course, they’re in the business of selling them. And they only build it out of three-quarter-inch material and it isn’t hardwood,” Thompson said. “After about two years of steady weaving like I do on it, they fall apart. And they’re very expensive.”

So Thompson built his own loom.

“It’s lasted for 12 years, and I haven’t had to do any repair or adjust it or anything,” Thompson said.

Thompson asked the Nauvoo mission to send him five or six pictures of the loom he’d weaved on there, and then built a loom to fit himself based on that design. Thompson bolted and glued together 2-inch thick alder wood for durability.

It took him a while to find a source for his raw materials for rugs, but now Thompson buys scraps from Pendleton, the Oregon company famous for its wool blankets and clothing. Thompson said he’s woven more than 3,000 rugs from the material and never had a complaint.

One day, he was selling rugs from his festival booth, and a customer became very excited about a rug woven from scraps of Pendleton’s Chief Joseph pattern.

“Boy, she just about had a fit over that, and I couldn’t figure out why she was so enthused about it,” Thompson said. “She says, ‘I have the blanket on my bed, so I want the rug to put in front of my fireplace in our bedroom.’”

Customers appreciate that Pendleton’s products are made entirely in the U.S., Thompson said, meaning that his rugs are completely American-made, as well.

“It’s definitely a lost art, something that kind of reminds us of our ancestry and people that have used looms to weave on,” Neighbor Tracie Lockhart said. “And just the fact that he has done this himself just shows the ingenuity and the possibilities that are endless.”