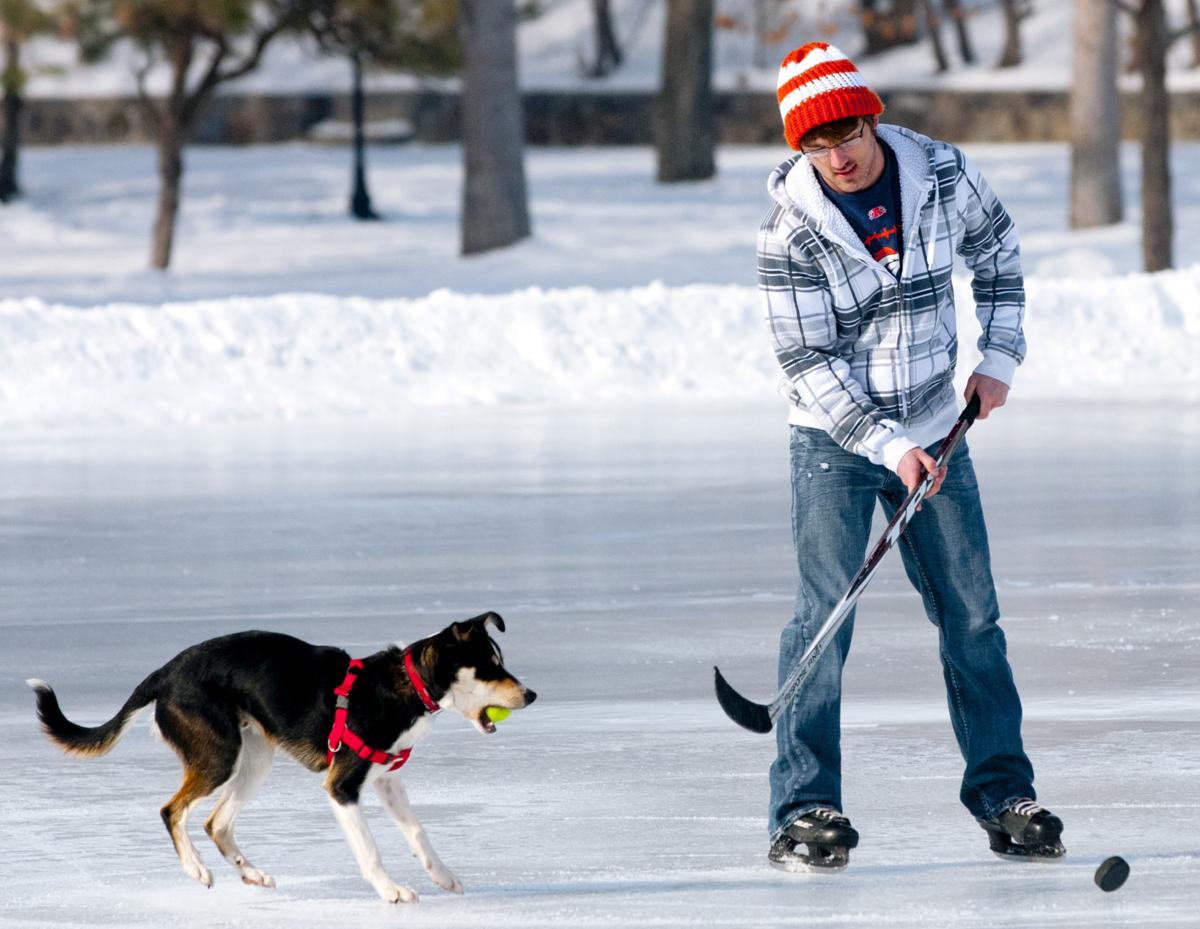 Brennen Alleman works on his hockey technique as his dog, Ace, chases after him at the ice rink at the Merlin Olsen Park in 2016. 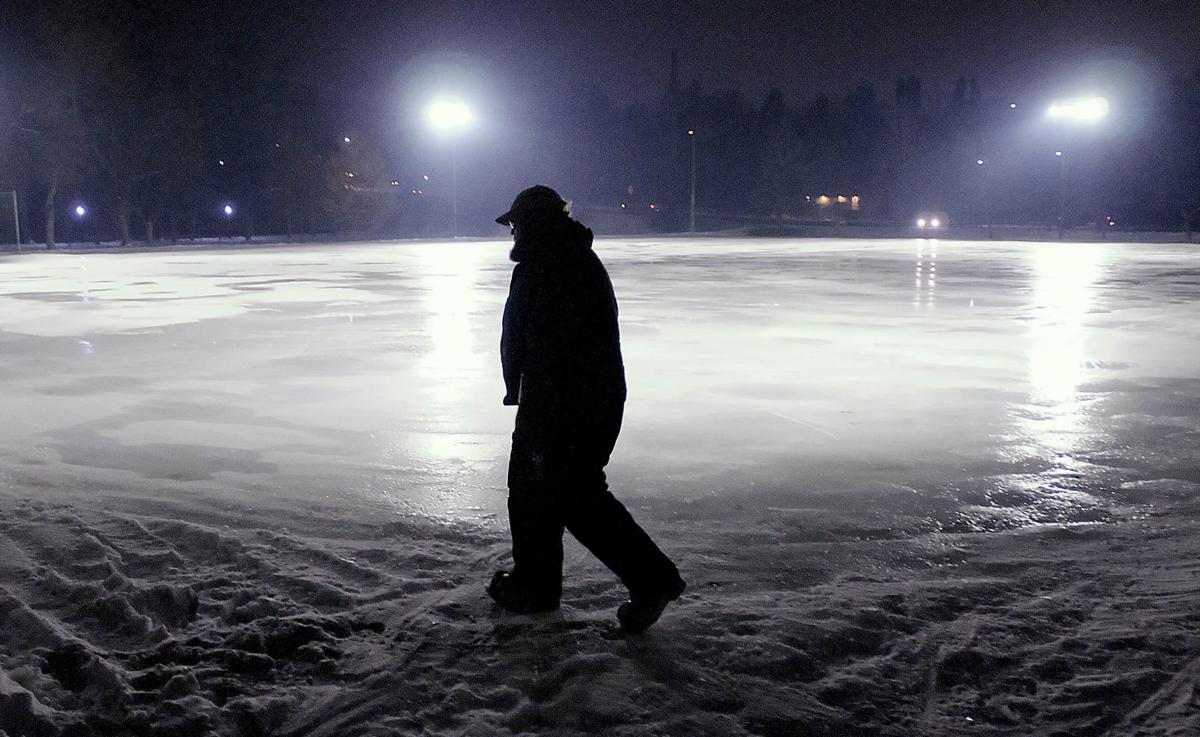 Riley Nelson checks the ice at the rink at Merlin Olsen Park in 2015.

Brennen Alleman works on his hockey technique as his dog, Ace, chases after him at the ice rink at the Merlin Olsen Park in 2016.

Riley Nelson checks the ice at the rink at Merlin Olsen Park in 2015.

City crews did preliminary work at the park on Tuesday, packing snow with large trucks. And if conditions permit, a rink could be back for the first time in three years by early next week.

“The purpose of driving over it is to get the snow on the ground pushed down in the ground as much as possible, which establishes a frost base from which to build on,” said Logan Parks and Recreation Director Russ Akina, noting the snow left over from Cache Valley’s late November storm is probably not enough by itself to get the rink started.

Crews were scheduled to check the surface on Wednesday to see if any grass was protruding from the snowpack, which would likely delay the project.

“We just need a little more snow,” Akina said. “There’s a forecast for some stormy weather next week. We’re hoping that’s snow and not rain, which would hurt our cause.”

An option to the traditional rink in the northeast corner of Merlin Olsen Park would be creating an ice sheet in the park’s newly resurfaced basketball court.

The Parks and Recreation Department wanted to put freezer lines beneath the court when it was dug up last year, but funding for the project was not available. Still, Akina said the city has a plan to put a rink there using a plastic liner held in place by Muscle Wall barriers purchased earlier this decade to keep floodwaters off of the Logan River Golf Course.

“If we have conditions where we couldn’t do the larger area, this could serve as kind of a backup,” Akina said.

Akina said if either rink is operational, the park’s skate rental shop would be open, and temporary lighting might be considered for the basketball court rink. In past years, lights have allowed the traditional rink to remain open until 10 p.m.

Skating at the park has a long history and was a big part of Cache Valley life in the 1950s, when the park’s namesake, football-star-turned-actor Merlin Olsen, was growing up. A popular painting by nationally known artist Eric Dowdle features early-day skaters at the rink on a moonlit night with the Logan Temple in the background.